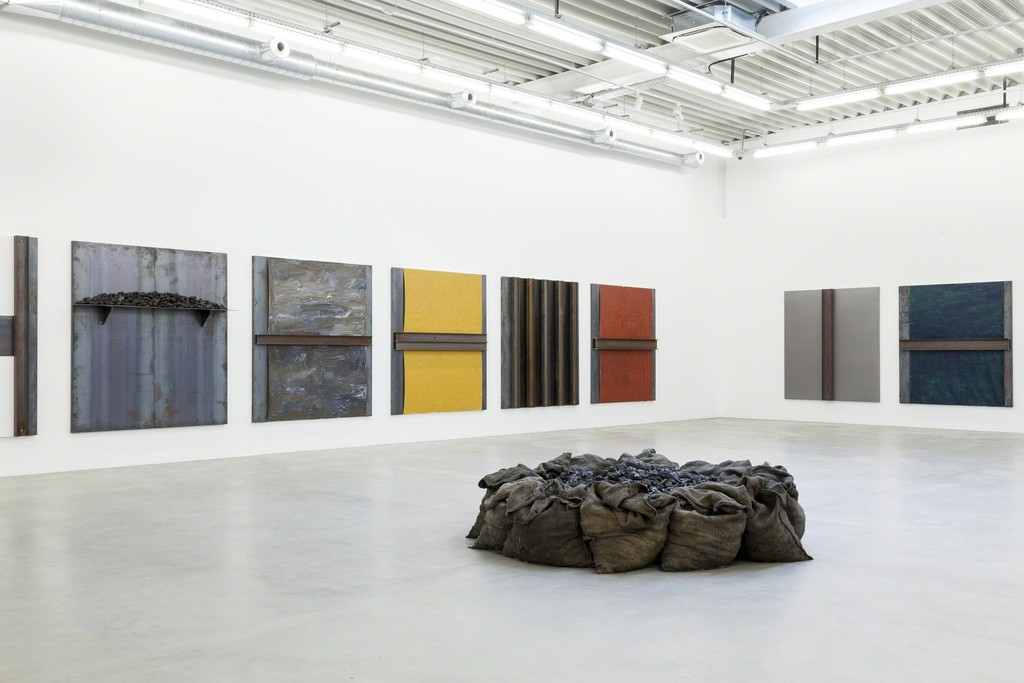 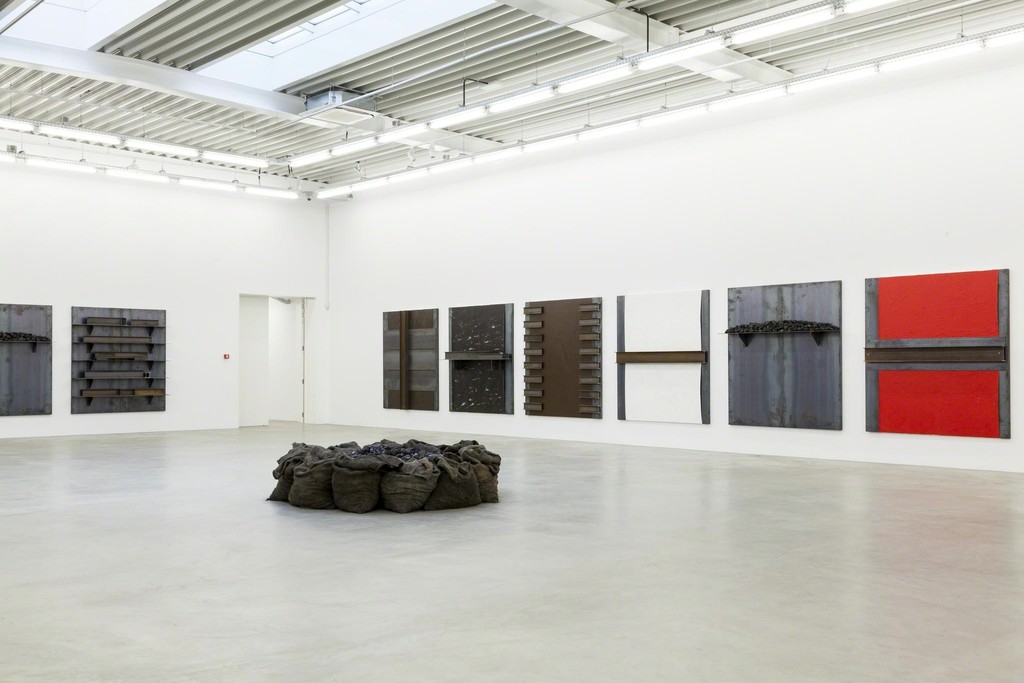 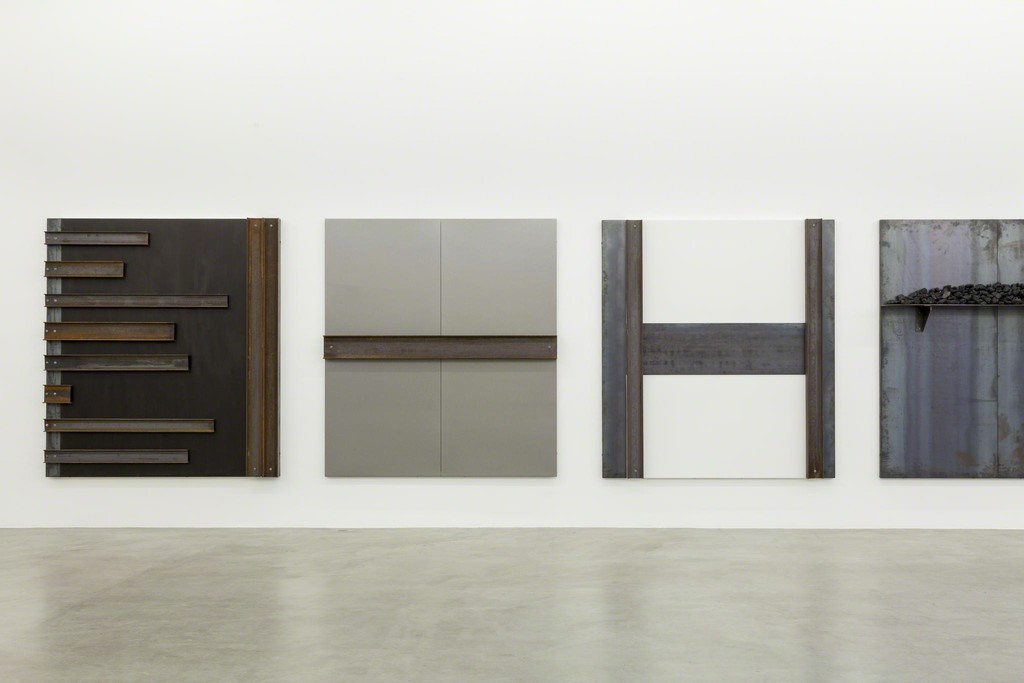 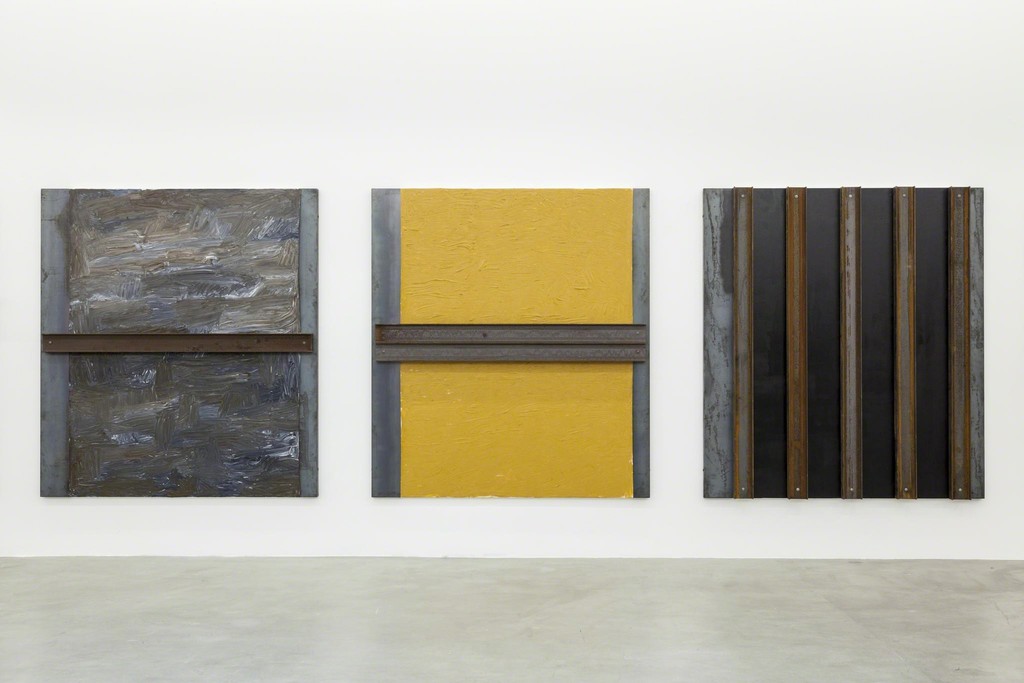 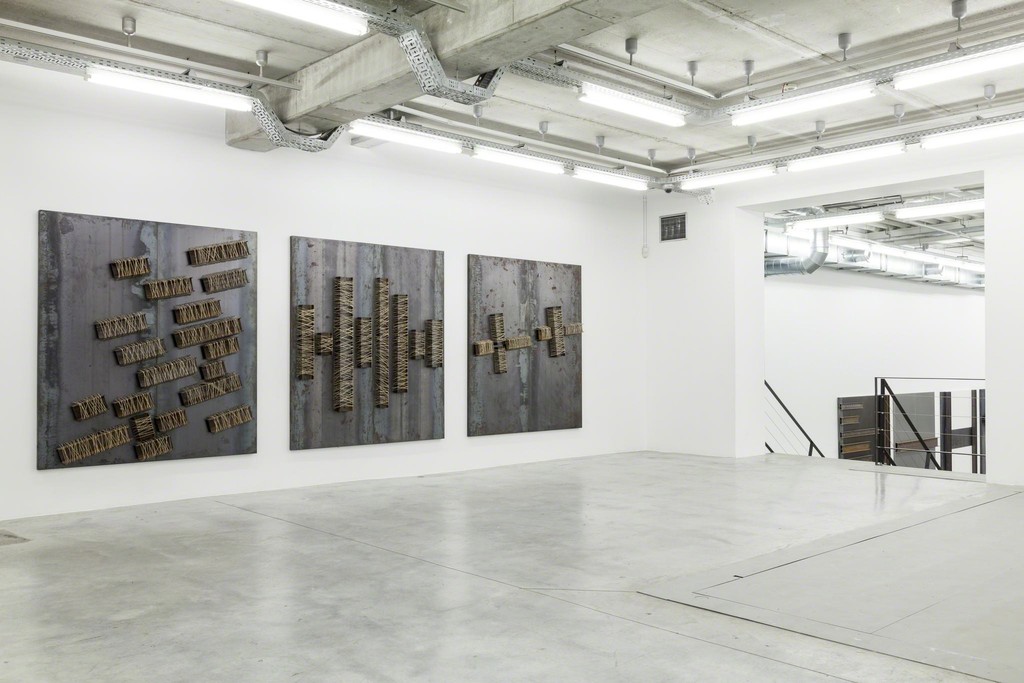 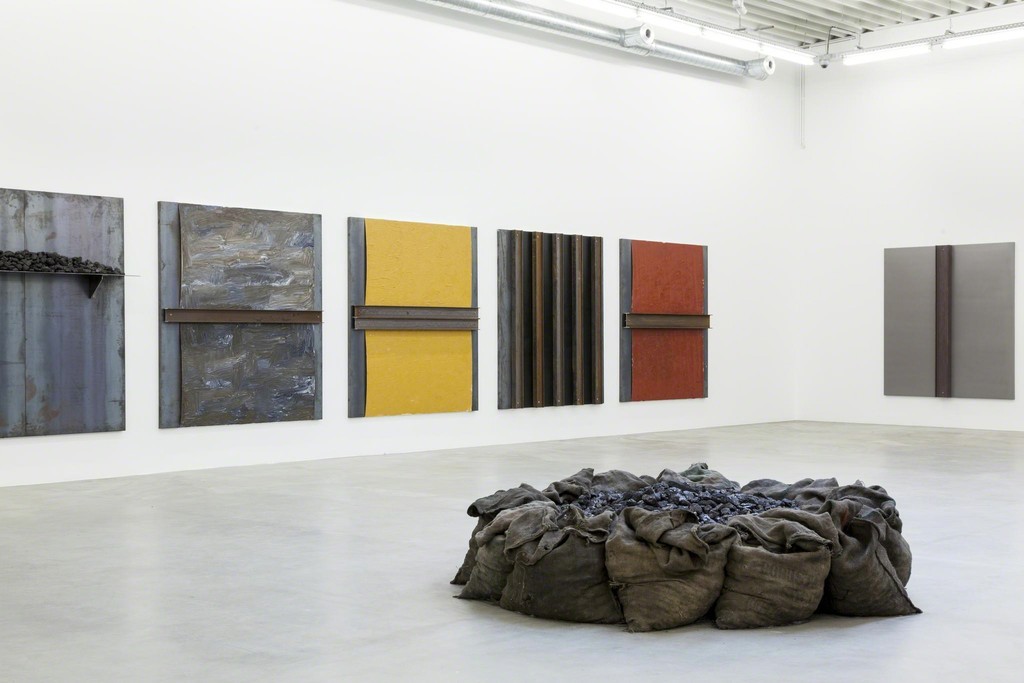 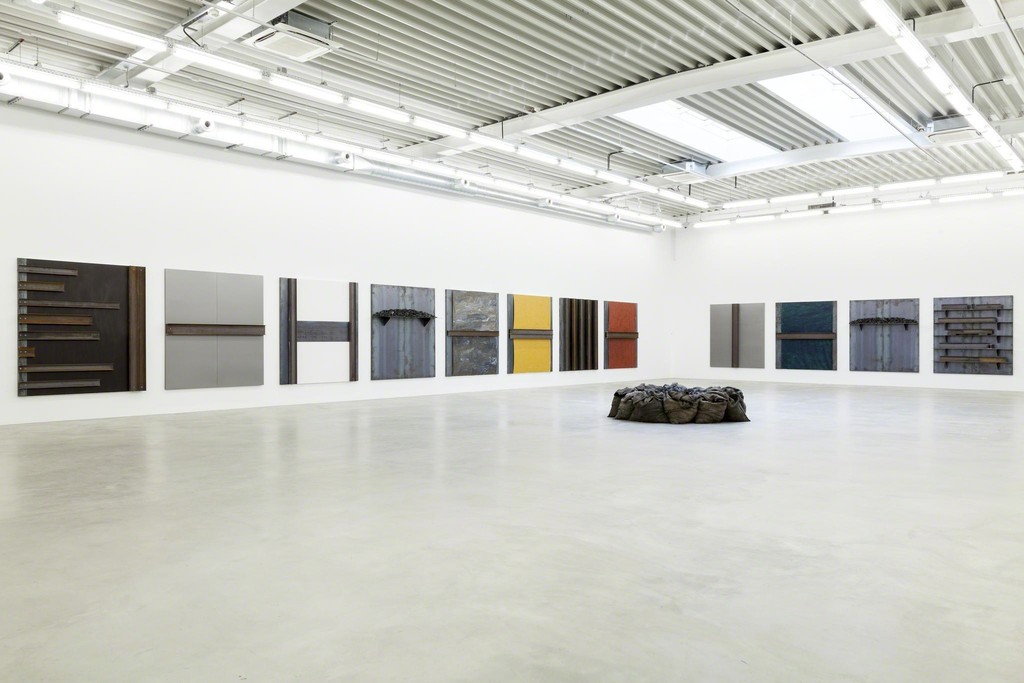 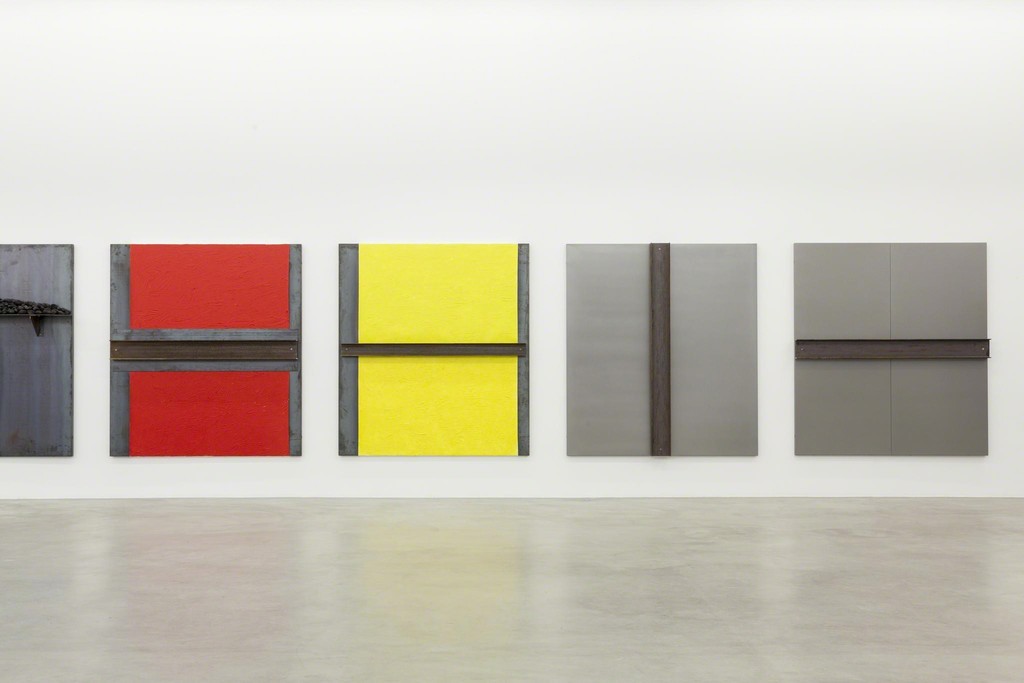 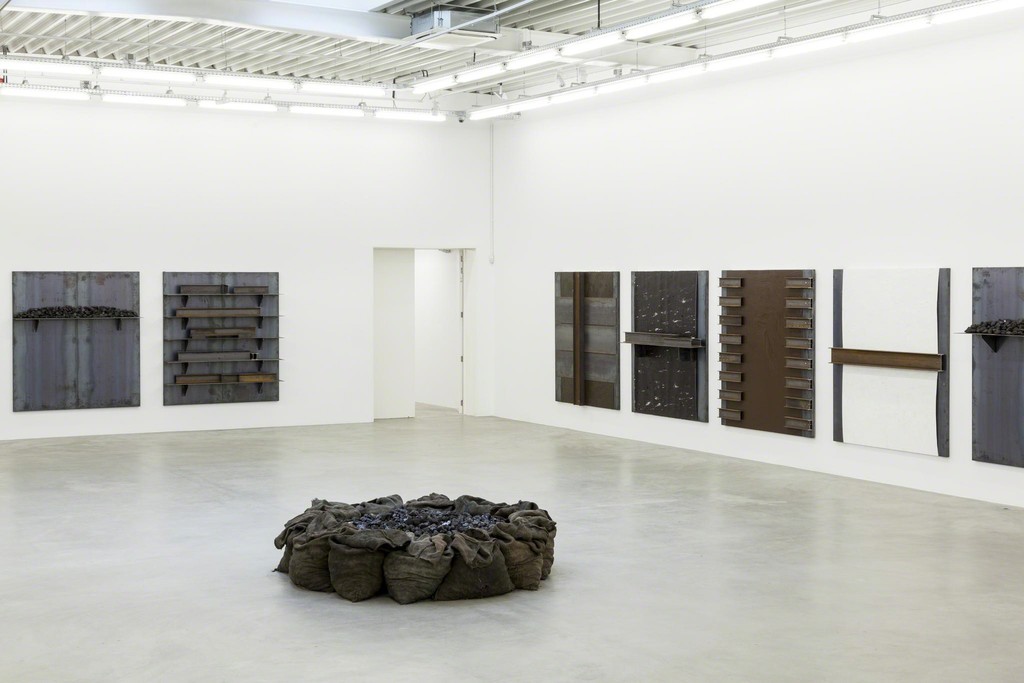 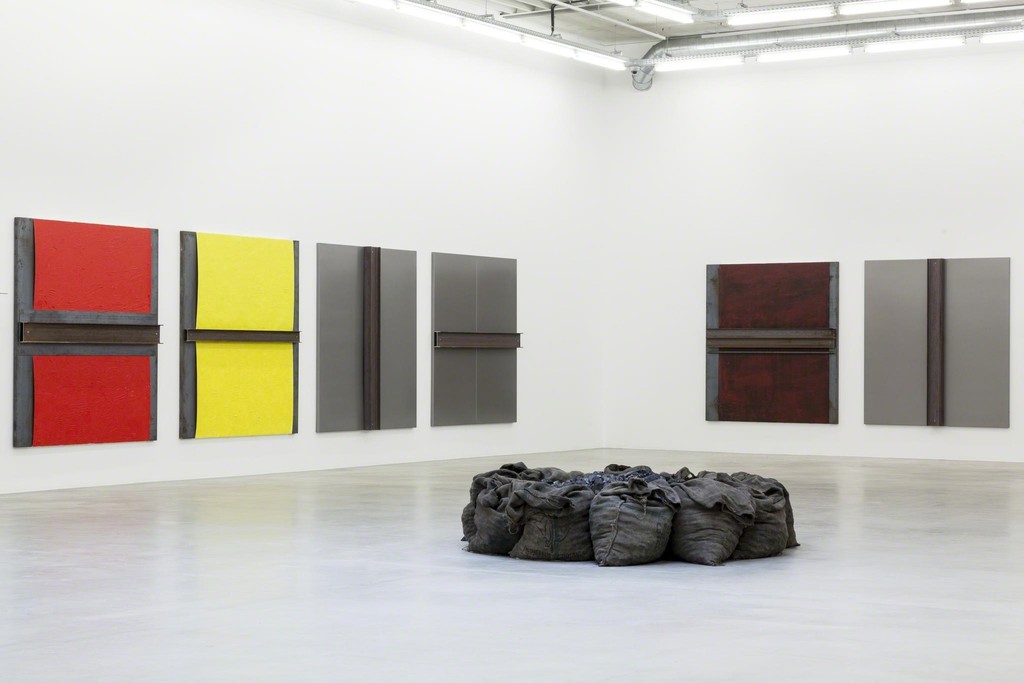 “I’m an old humanist, and for me man is an irreplaceable centrality and an open

Born in Greece, but living in Italy since 1956, Kounellis has been a major figure in

contemporary art for over fifty years. The artist is often referred to as one of the

sculpture, performance and installation. Influenced by artists such as Alberto Burri,

Lucio Fontana, Jackson Pollock and Franz Kline, and both within the context of Arte

Povera and outside of it, Kounellis has throughout his career interrogated and

extended the boundaries of contemporary art, and in particular the possibilities of

always insisted he is a painter first and foremost. While still a student, Kounellis had

artist exhibited black-and-white canvases, which had stenciled numbers and letters on

their surface, but otherwise demonstrated little painterliness. During 1960 Kounellis

began to introduce found sculptural objects such as actual street signs into his work,

studio to demonstrate himself literally becoming one with his painting. The work, like

much that followed, addressed both the realities and frustrations of contemporary

antithetical to one another - such as earth and fire, burlap sacks and gold, were used

in his work. Kounellis also started to use live animals – famously, in 1969, tethering

into a stage where real life, exhibition and art could converge. People, too, began to

enter his installations, adding a performative element to his practice. In the

twenty-first century, Kounellis has continued to mine the world for new material

possibilities, in each instance adding to a rich history of meaning within his practice.

Kounellis has been honored with major exhibitions at Stedelijk Museum, Amsterdam

His work has been included in iconic group exhibitions such as ‘Op losse schroeven’,

institutional collections, including the Guggenheim, MOMA and Tate Modern. In recent

years the artist has investigated architectural vocabulary, and his works appear