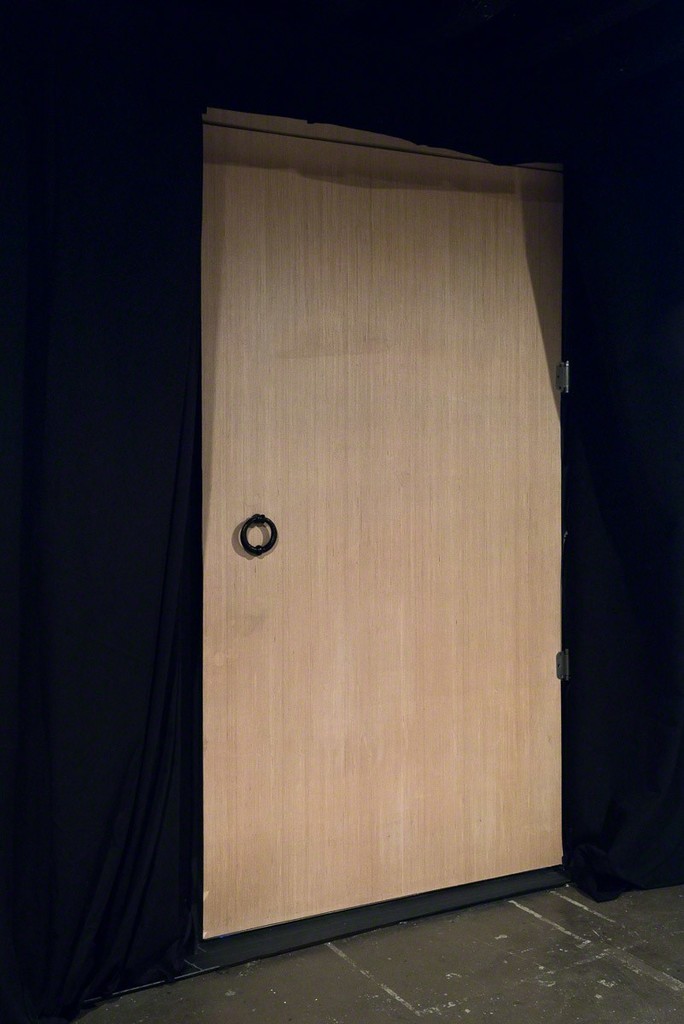 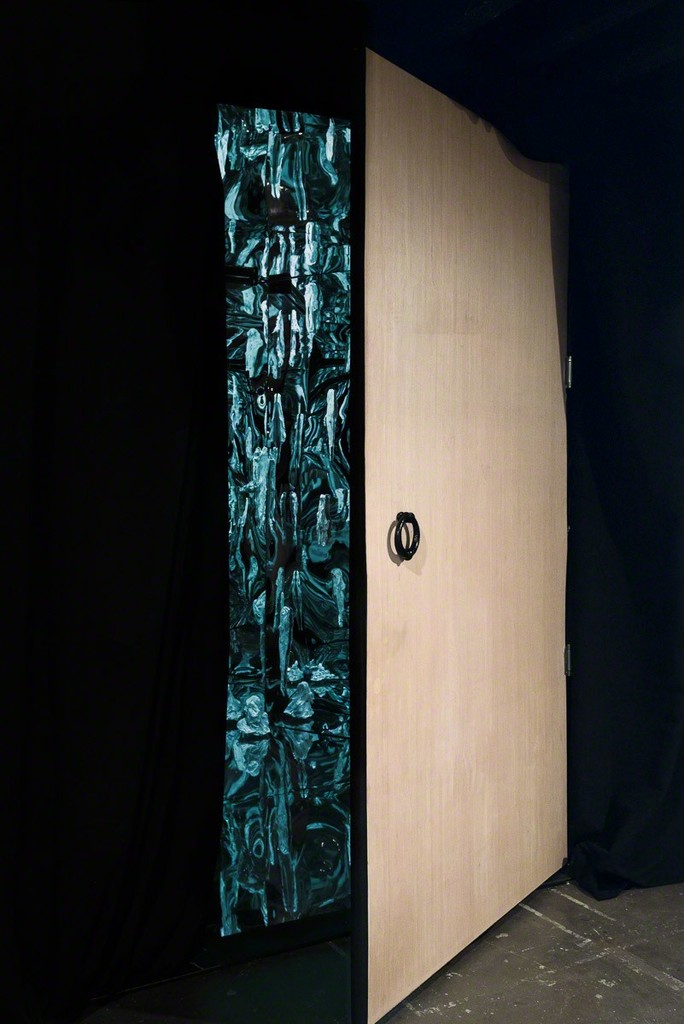 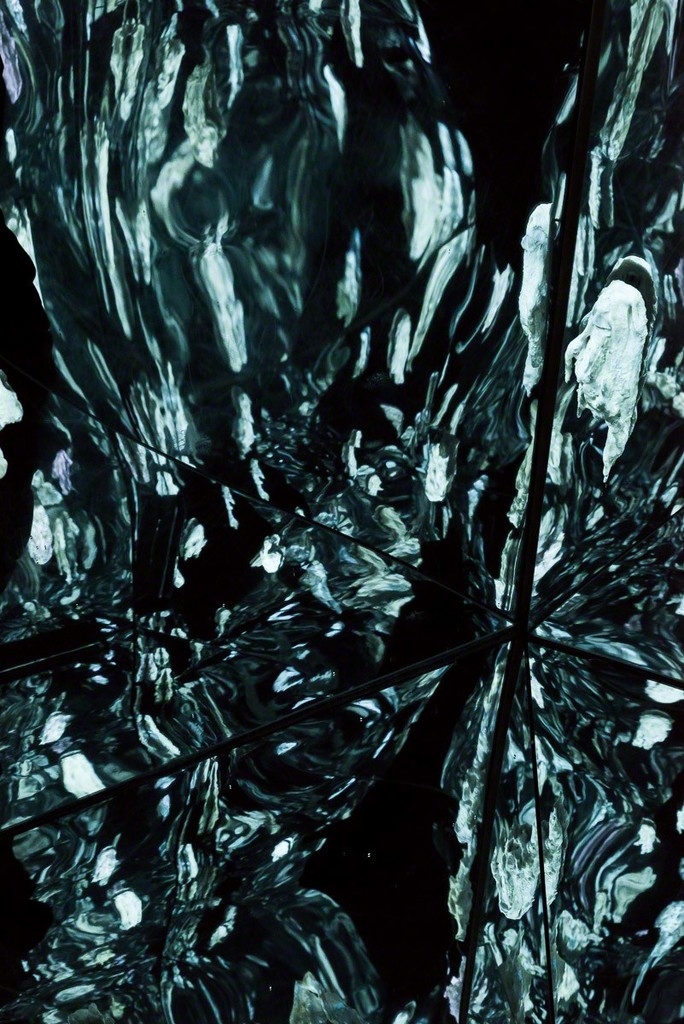 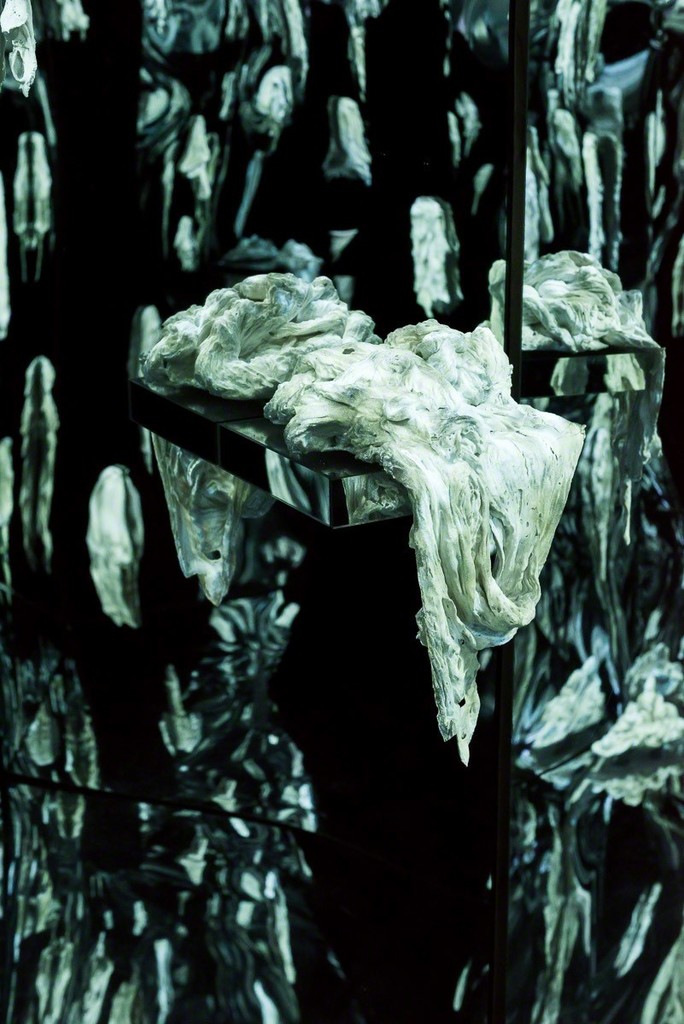 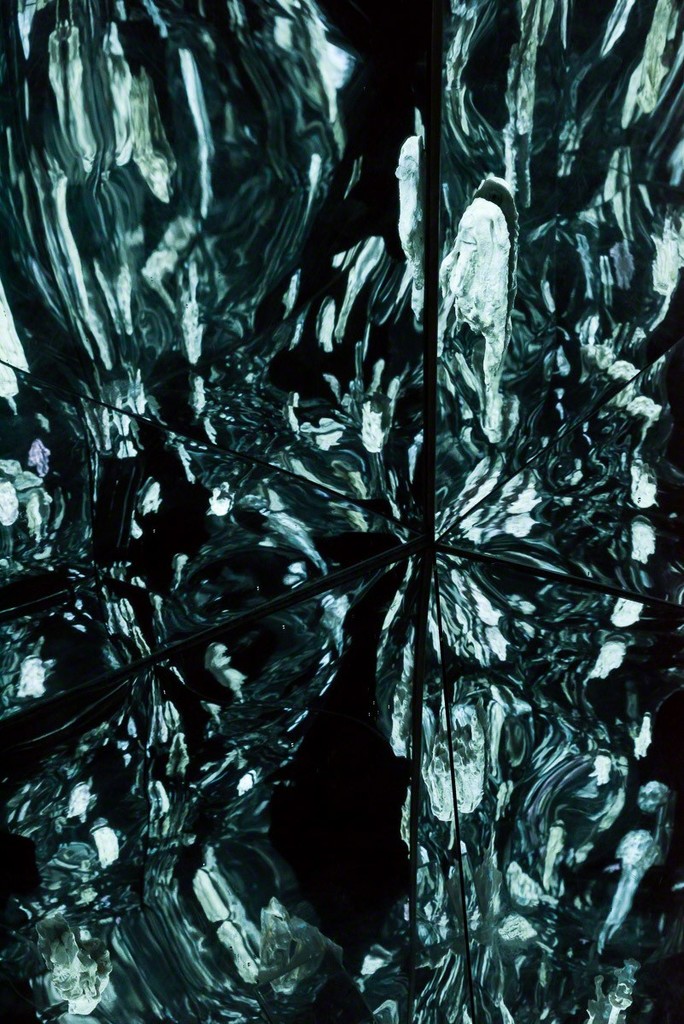 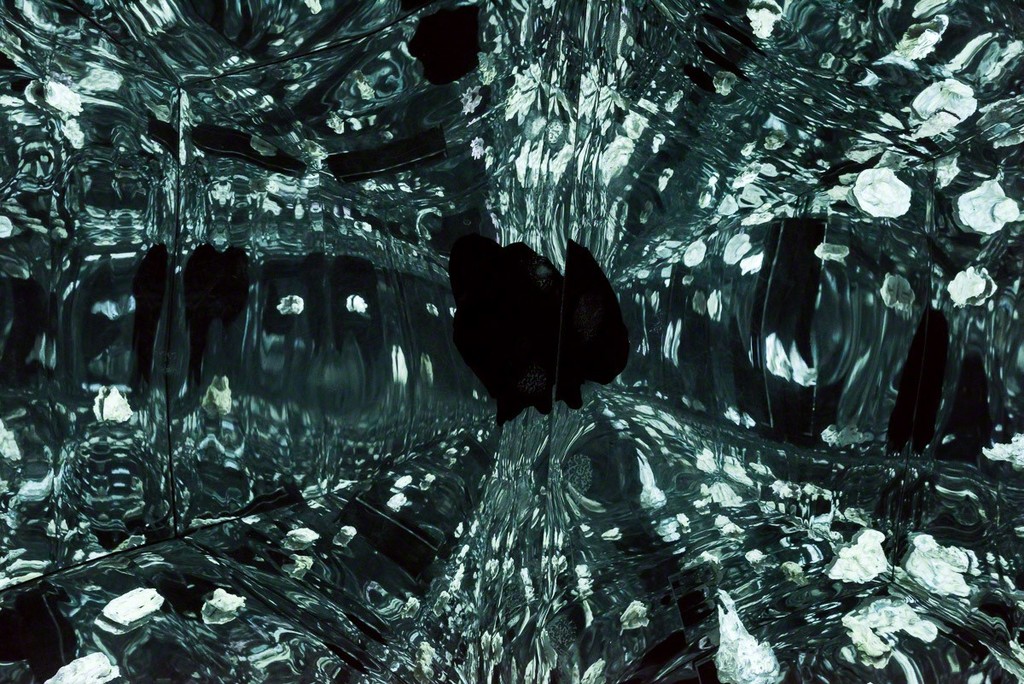 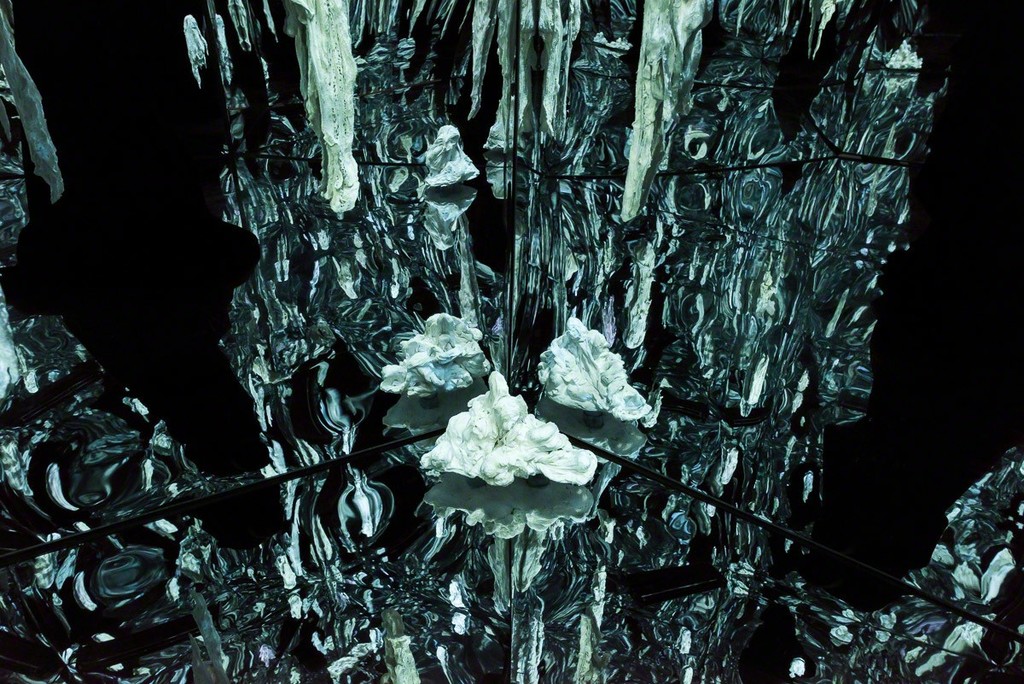 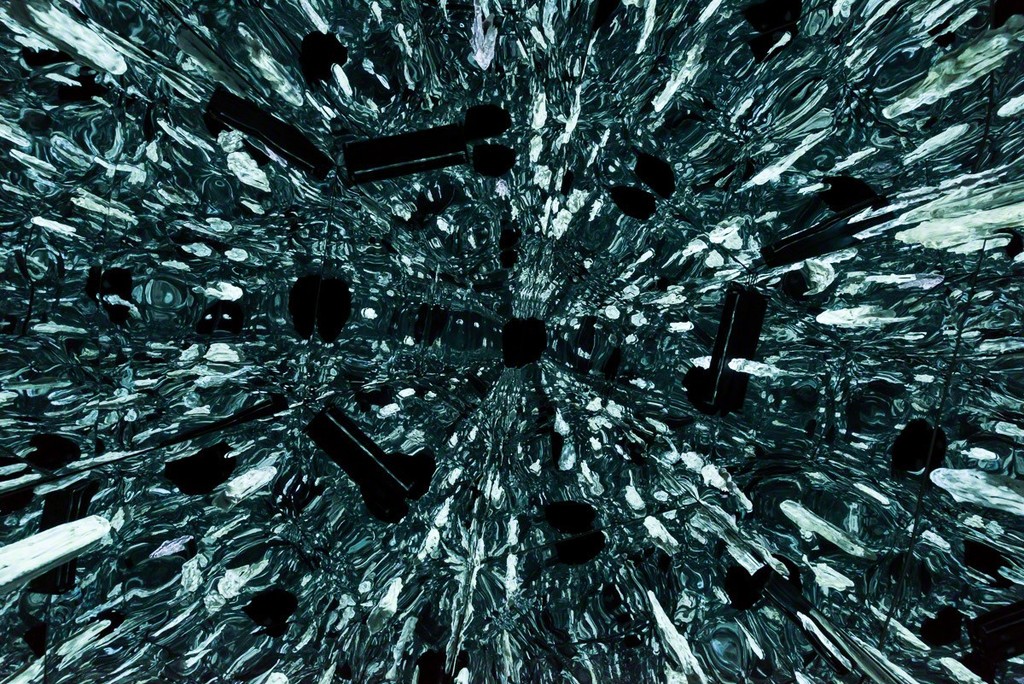 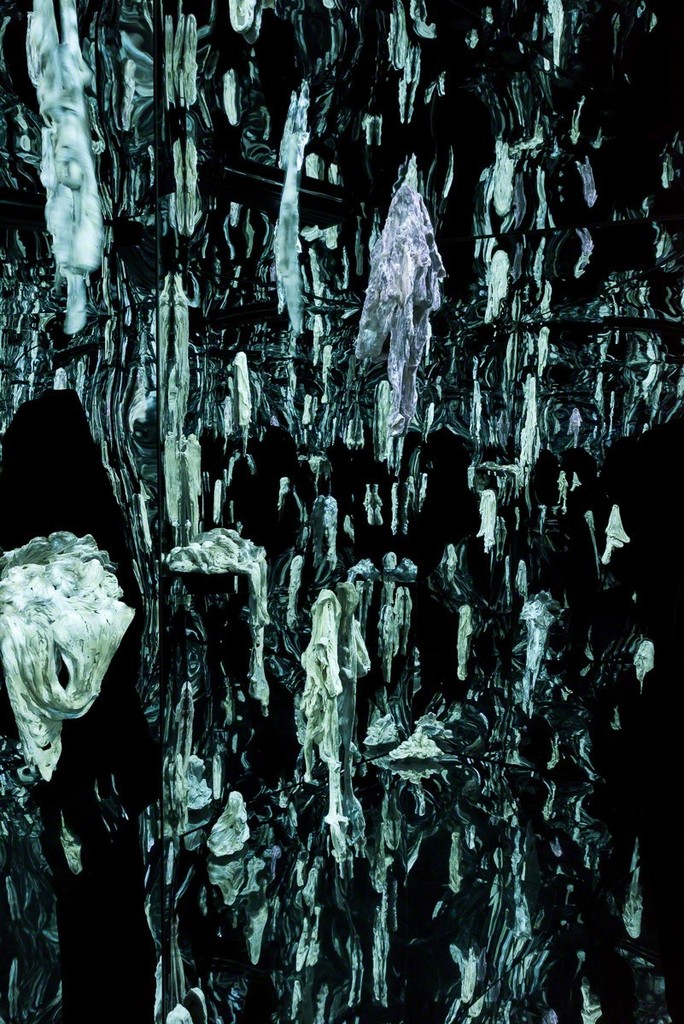 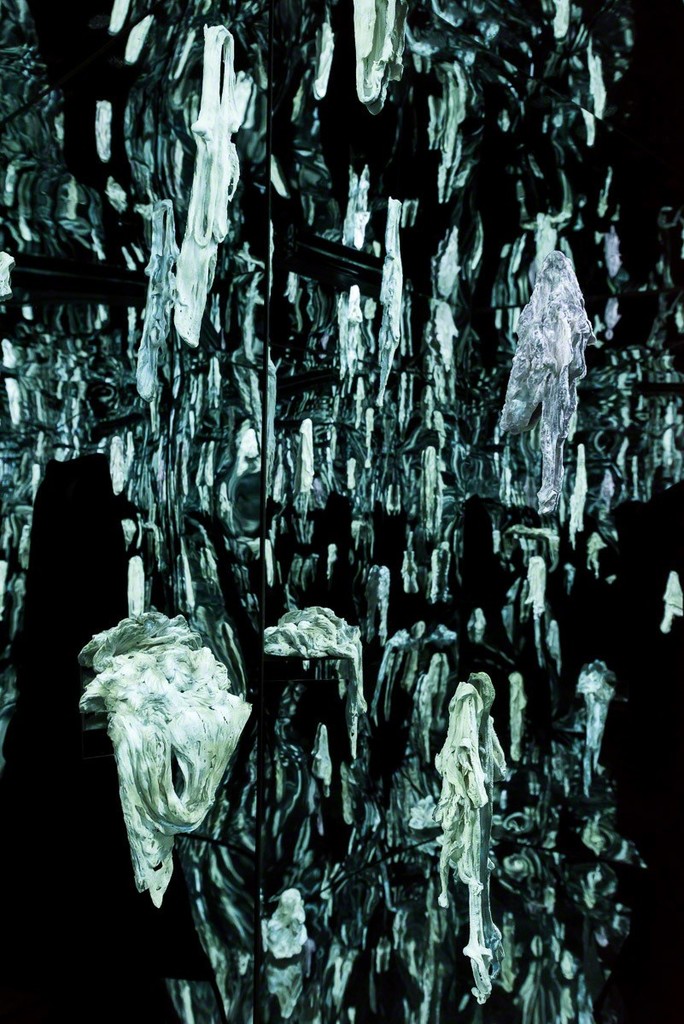 Multi-disciplinary artist Rachel Dawson’s residency at Alter Space culminates in Between Here and There, an installation of luminous sculptural objects. For this site-specific exhibition, Dawson utilized the jail cell as a “spirit cabinet”, which is the intimate space a medium would enter in order to contact and channel spirit energy. The porcelain sculptures, called “ectoplasms”, appear suspended in air, creating a lush liminal space between our world and what may lie beyond.

Dawson explores ectoplasm – a physics concept advanced during the Victorian era – as metaphor for the relation between external matter, thought, and creative production. Mediums’ bodies were thought to contain and exude ectoplasm, acting as a transmitter for cosmic or otherworldly vibrations. More subversively, female mediums successfully eluded social and medical proscriptions of the day, effectively challenging the dominant trope of “woman as hysterical vessel” with knowledge and agency.

Rachel Dawson is an interdisciplinary artist whose practice involves working with people who operate inside and outside of the art world to question its value-systems and the problem s associated with artistic production and authorship. Often within a feminized space of making, she investigates different roles of creativity and agency. Process based, her videos, sculptures, and paintings play with absurdity, notions of liminality, and the space of the imagination. Raised in Southern California, she has lived and worked in the San Francisco Bay Area since 1999. She received her MFA in 2011 from the California College of the Arts in San Francisco. Her work has been exhibited throughout the U.S. and in Canada.