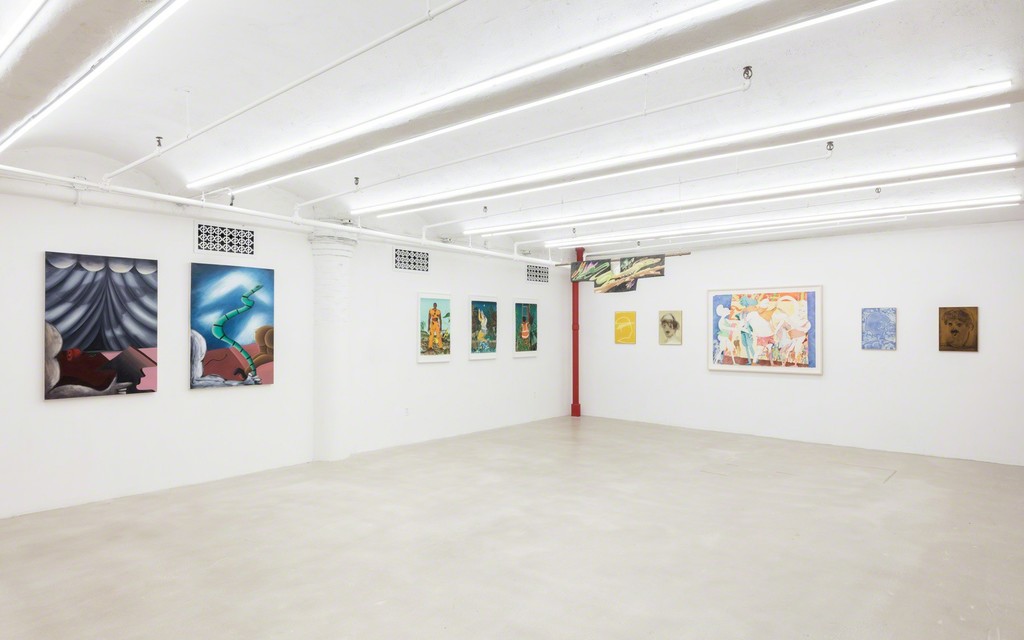 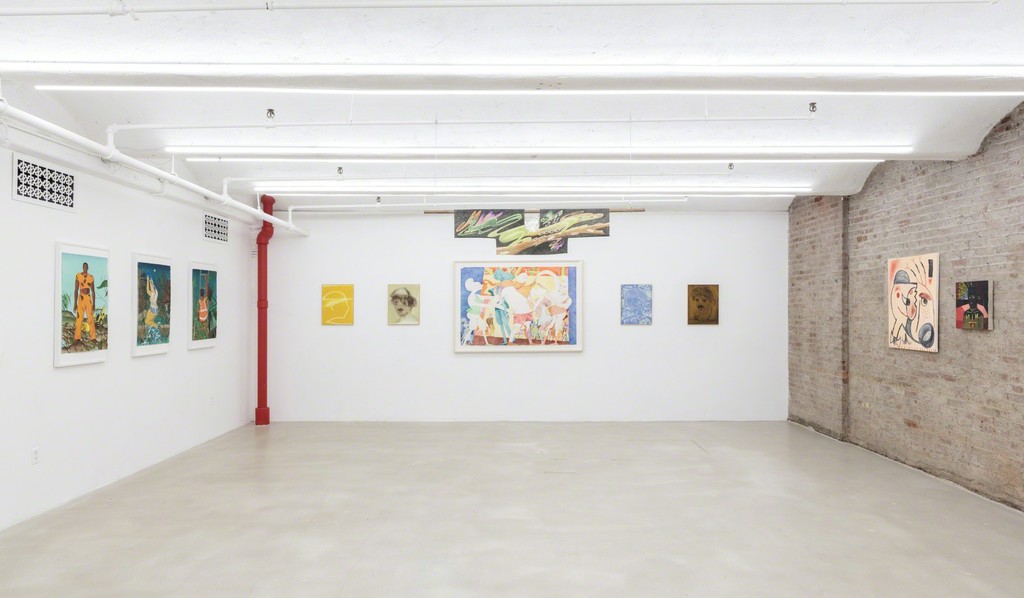 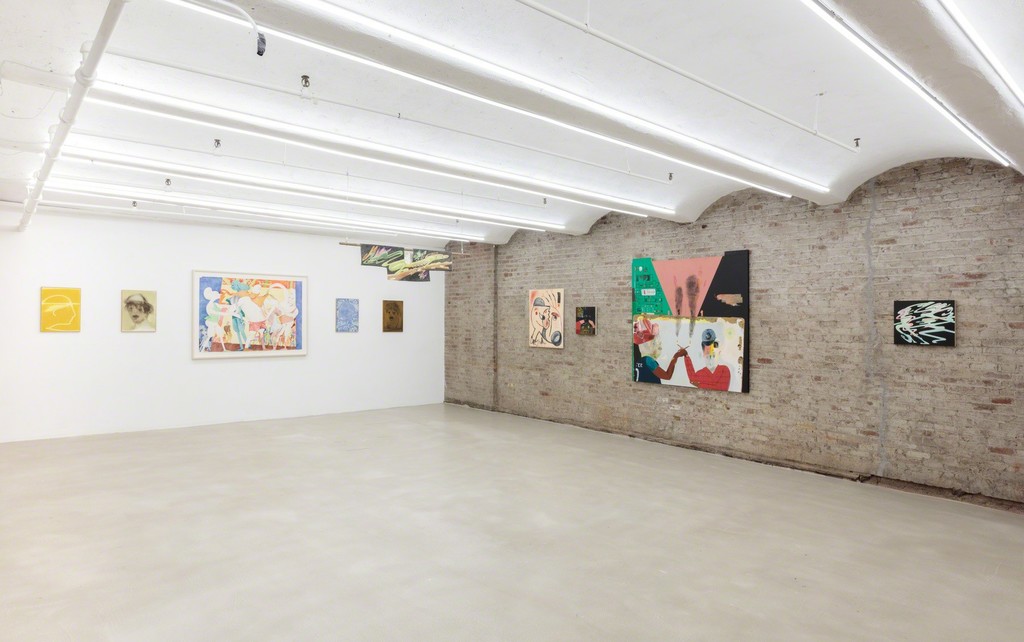 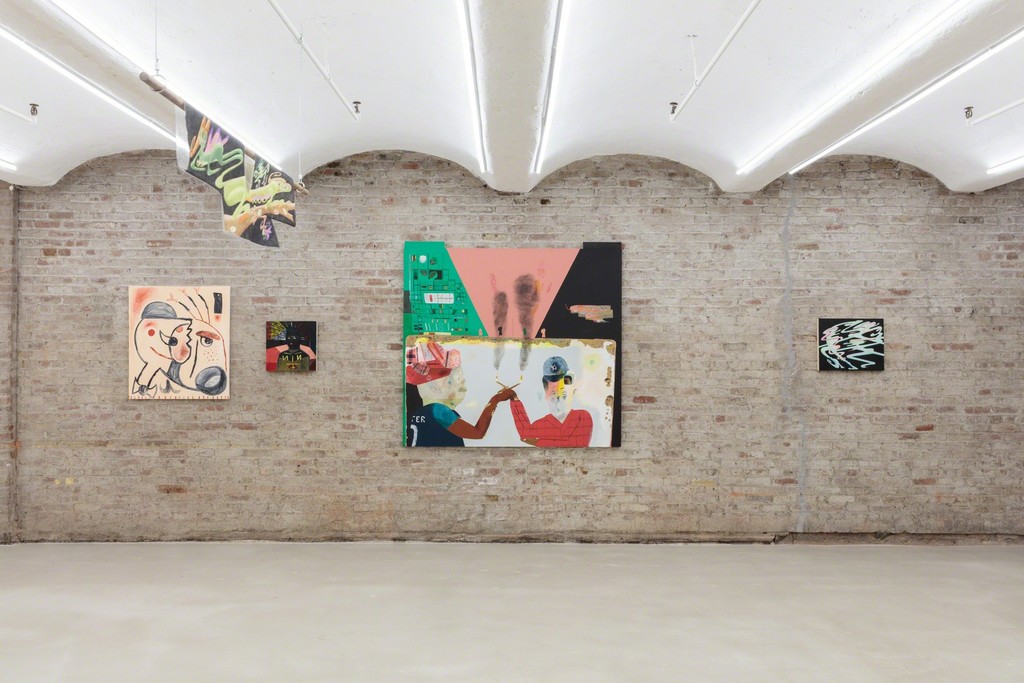 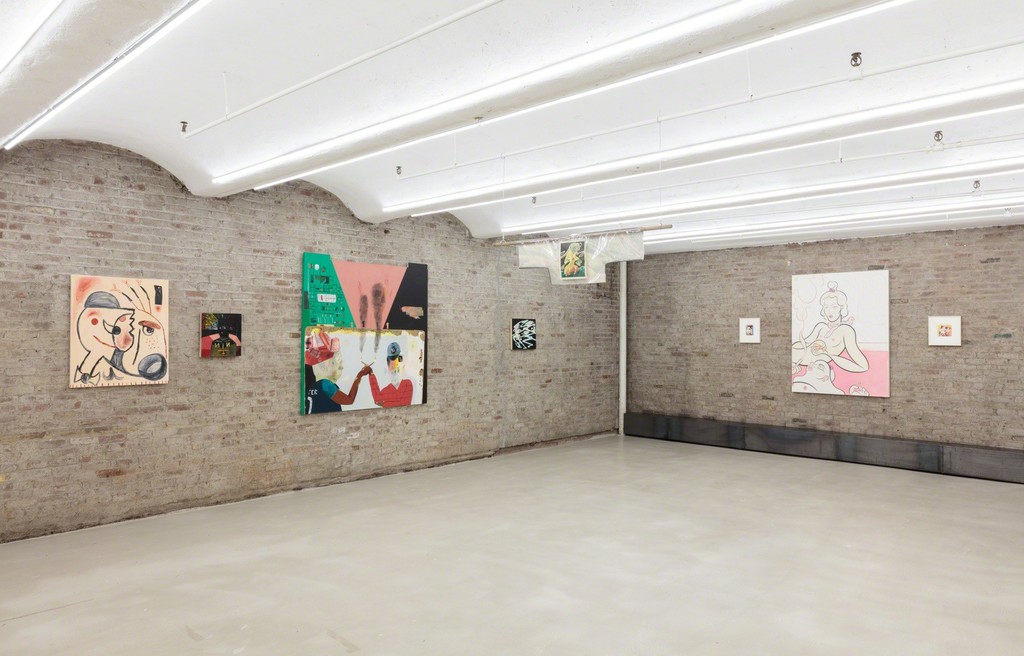 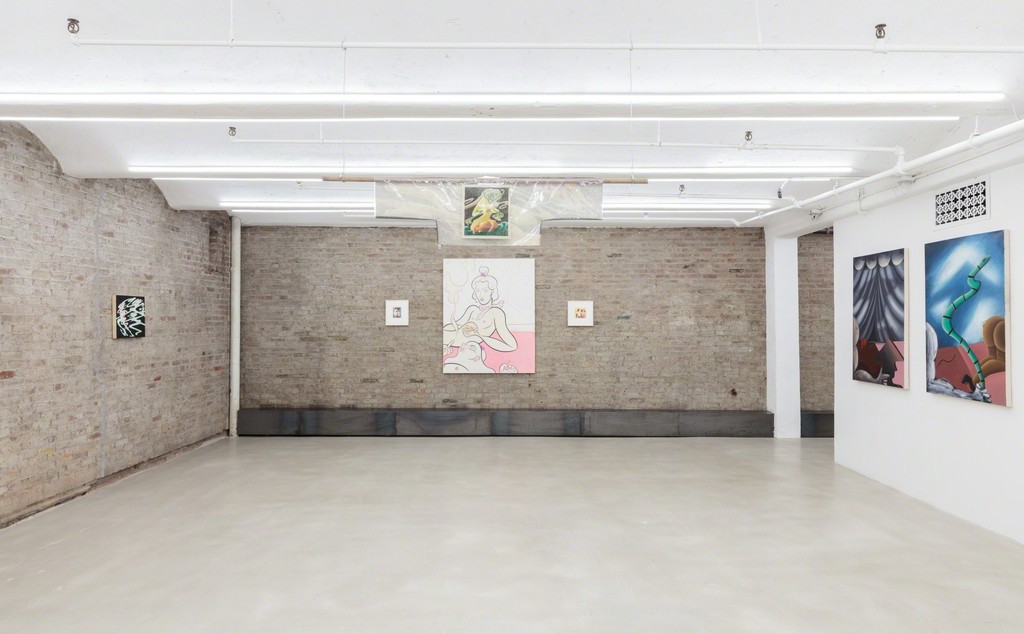 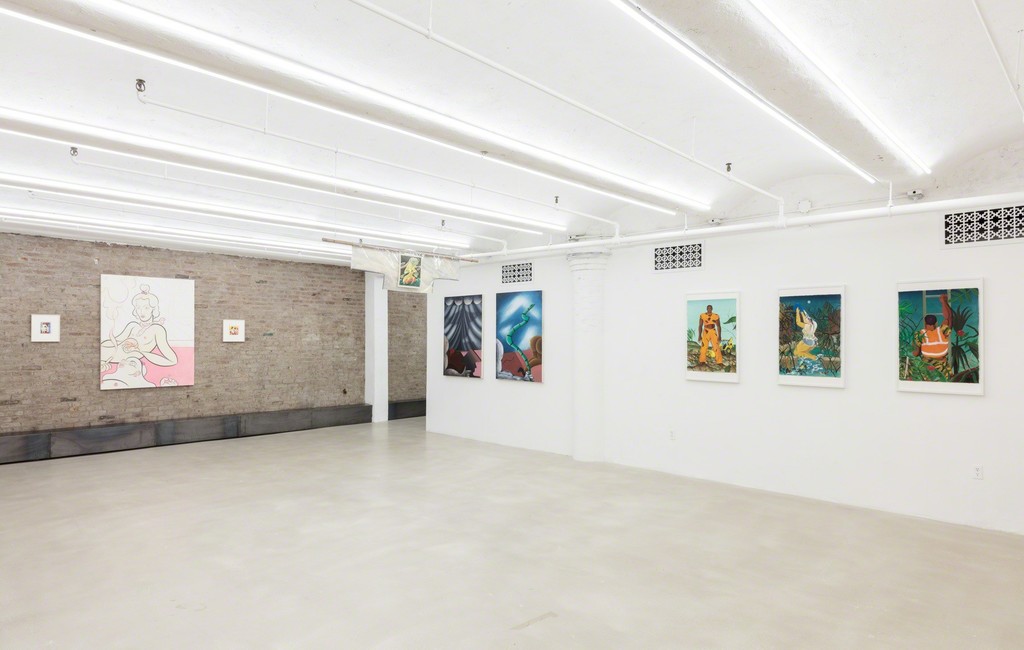 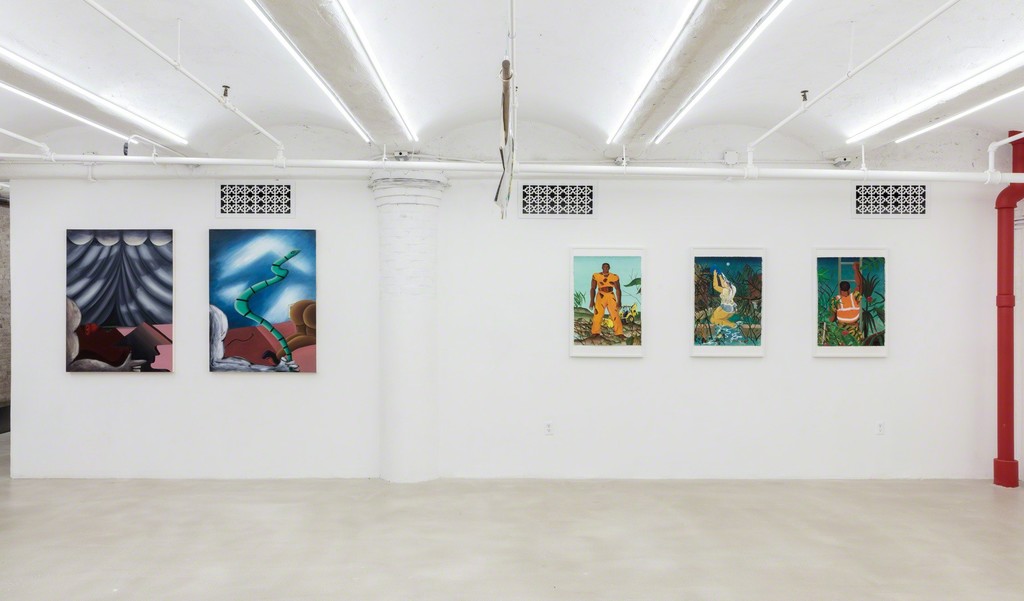 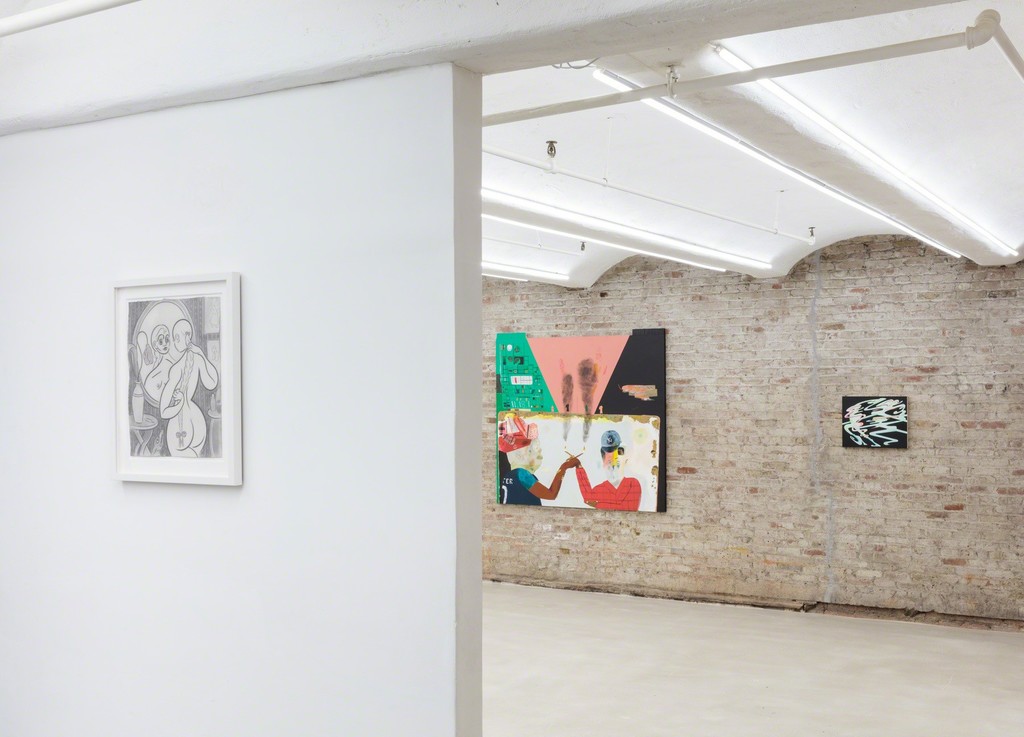 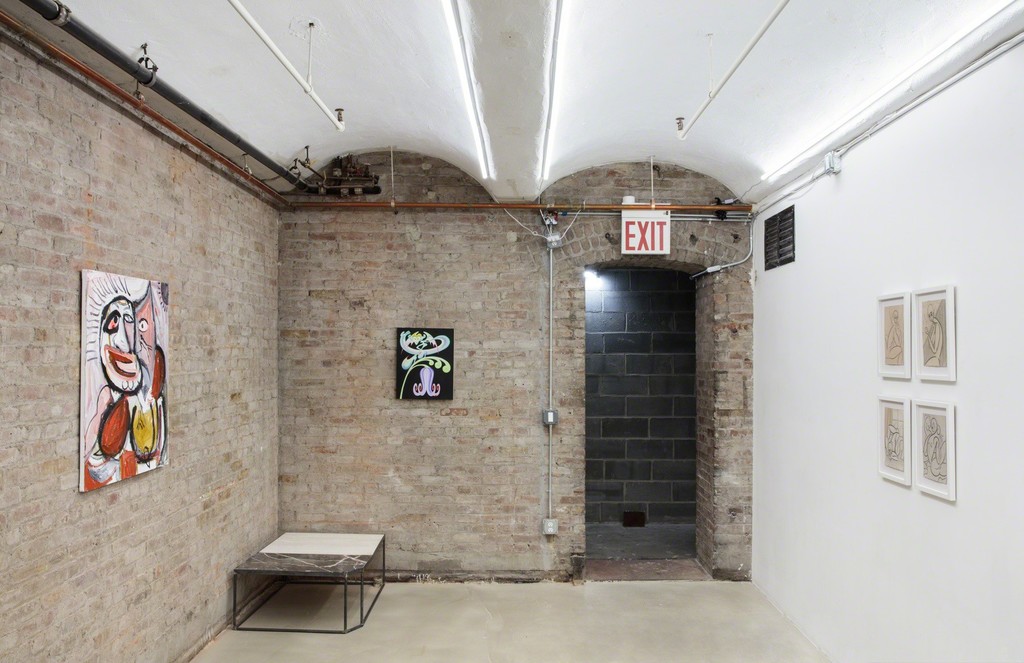 The title of the exhibition is an inversion of C.H Cooley’s notion of the “Looking Glass Self”, in which he posits identity, or self, is the result of learning to see ourselves as others do. The reversal of the original “I am who I think you think I am”, points away from the notion of self as defined by others and towards otherness as an outgrowth of an insufficient sense of self. The artists in You Are Who You Think I Think You Are use the aesthetics of caricature and cartoon as a device to ease our engagement with complex human behavior. While synonymous with the grotesque and defamatory, a caricature also has the power to convey a depth of character that a “true-to-life” representation does not. Contrary to logic, it has been proven that a caricature of a familiar face is more easily recognized than a realistic drawing of the same face. Similarly, It has been found that correctness of predictions based on observations made in under 30 seconds do not differ from those based on observations lasting ten times as long. These examples make clear that we create meaning best - both from representations and from lived experience - not when provided complex models but when given just enough information to internalize and extrapolate.

Using the models we have of ourselves as the measure for all other possibilities, one can extrapolate complex models of existence for others. In this way, it is our sense of self that defines everything else. Without a consistent and private experience of self we could not imagine the possibility of any other self conscious entity. As we encounter and accept the existence of other consciousnesses we expand to incorporate these other beings. It is our capacity to imagine what it is like to live in a different body, in a different environment, in a different culture, in a different time, that we develop empathy.

The artists in this show use a comfortable vocabulary of graceful gestures, brilliant colors, and striking features to examine authority, sexuality, and fantasy. It is because of their flatness, their un-rendered superficiality, that they can convey such depth. In the same way that “thin-slicing” can give us measurably true impressions despite inherent incompleteness, the simplified forms in these works can more easily be internalized and expanded upon - from simple gestures to complex beings. Given a sufficient number of characteristics similar to ourselves, we can assign sentience to entities as unlike ourselves as goblins, devils, and shadows. The emotional complexity and conceptual richness of the impossible and familiar entities depicted is in direct relation to how complex we believe ourselves to be. In the words of Richard Dawkins, “Psychologically, we can extend our tribal loyalty to all sentient beings.” Yet, in our lived experience we still struggle to empathize with anyone other than those most like ourselves.