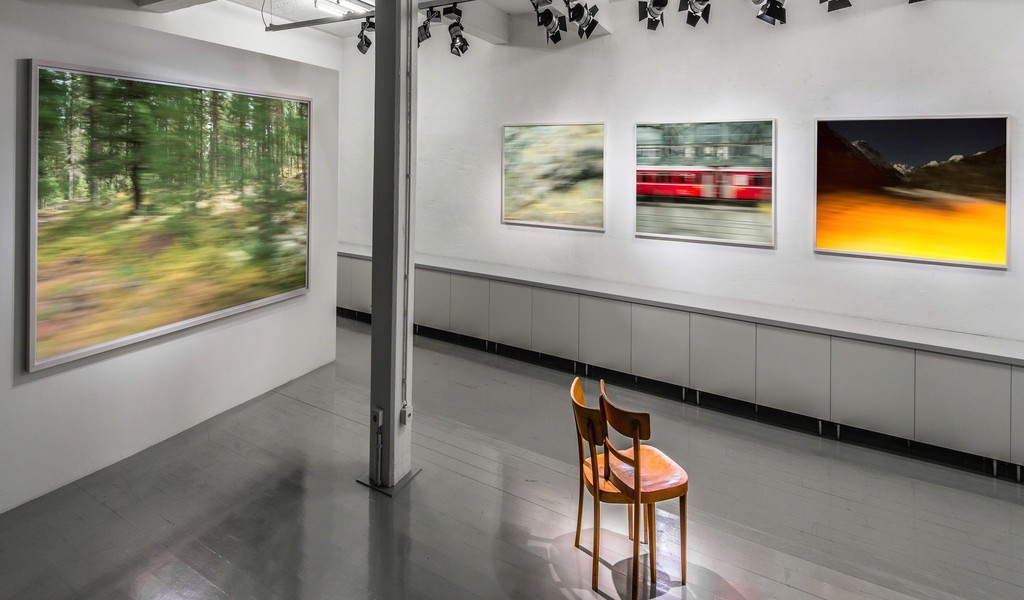 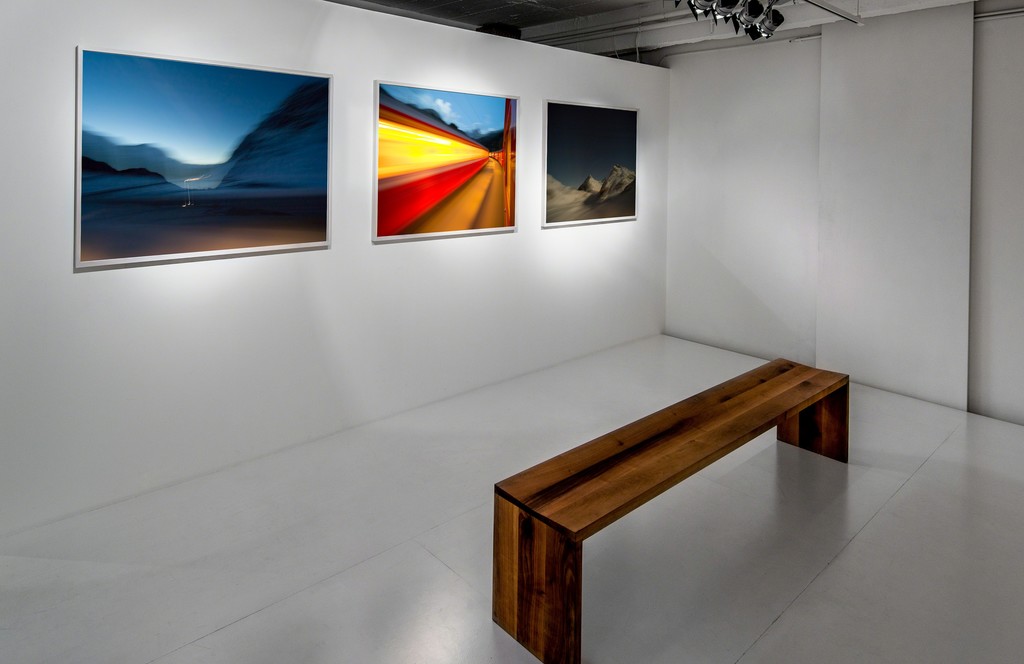 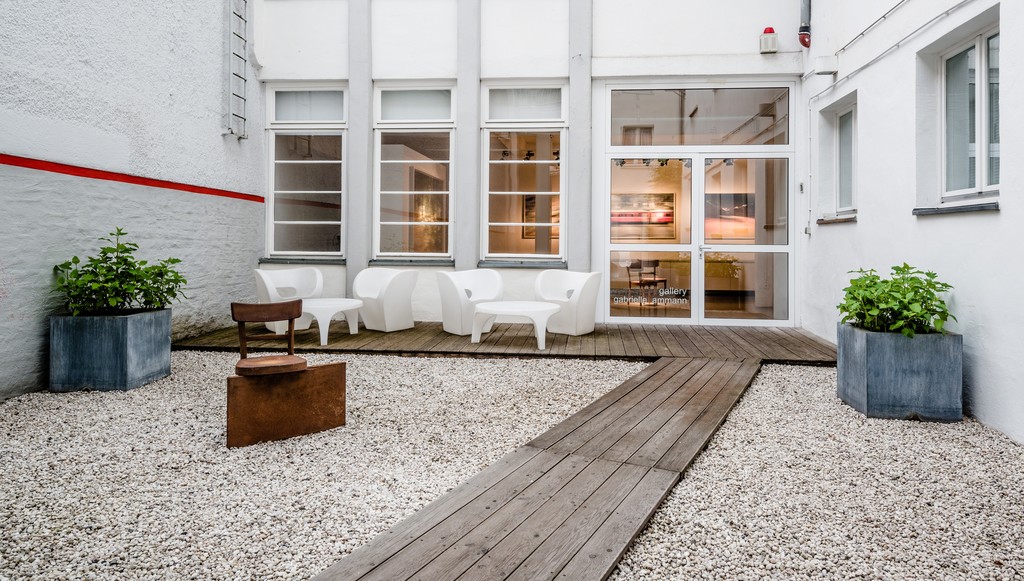 Realized in cooperation with internationally renowned camera manufacturer LEICA, ‘Camera in Motion‘
is a recording of the experience of traveling on the Bernina Express through the Swiss Alps.
Photographed from the legendary Albula-Bernina Bahn, Sachs portrays the breathtaking landscape of
the Swiss Engadin from a passenger’s viewpoint. Using a digital S2 medium format Leica camera, Sachs
depicts a unique perspective of motion and abstract imagery of this scenic terrain.
Traveling the Chur – Tirano route since his childhood, Sachs has been collectively gathering glimpses
and impressions of this journey throughout his lifetime. Over a period of time from December 1, 2012
until November 16, 2013, Sachs took 19.718 pictures recording the train journey regardless of season or
time of the day. The resulting images are astonishing, they capture the tone and experience of the
journey in a dynamic and picturesque manner.
The photographic outcome is equally as influenced by the movement of the train and positioning of the
track as it is by the light and landscape. Apertures into the passing scenery, the train provides a perfect
platform for photographing the panoramic backdrop. As Rolf Sachs explains: “In the train I am situated in
the motion parallax. I can achieve longer exposure times for a sharp background while the abstraction of
the foreground evokes exciting effects. This is the reason for the extraordinary speed and dynamic
quality of the works.”
The most striking images are those taken on the curve of a track as the arc distorts everything but the
focal point. The real world seems to disappear with one single clear point revealed: in these cases the
works are more like film sequences than static pictures.
This is a body of work full of contradictions. These images express a euphoria for speed but venerate the
sublimity of nature. Furthermore, each image is a quickly captured moment but the body of work as a
whole was ponderously collected over a nine month period. Rolf Sachs‘ impressions are somewhere in
the field between reality and the land of dreams. Using the camera he succeeds catching amazing
moments and nature scenarios that the human eye never would be able to grasp.
Gabrielle Ammann has worked continuously with Rolf Sachs since 1994 and in 2007 she showed his
solo exhibition ‘etc....etc.‘. The current exhibition presents carefully selected photographs of the series
‘Camera in Motion‘ that are representative of the unique imagery and the intention behind the project.
Currently, the MAKK Cologne is presenting Rolf Sachs‘ first solo museum exhibition: “Rolf Sachs –
typisch deutsch?“ that was prolonged until June 9. Specially for ART COLOGNE there was a guided tour
with the artist. Gabrielle Ammann collaborated directly with the museum in the development of this
exhibition and is a contributing author for the accompanying catalogue.