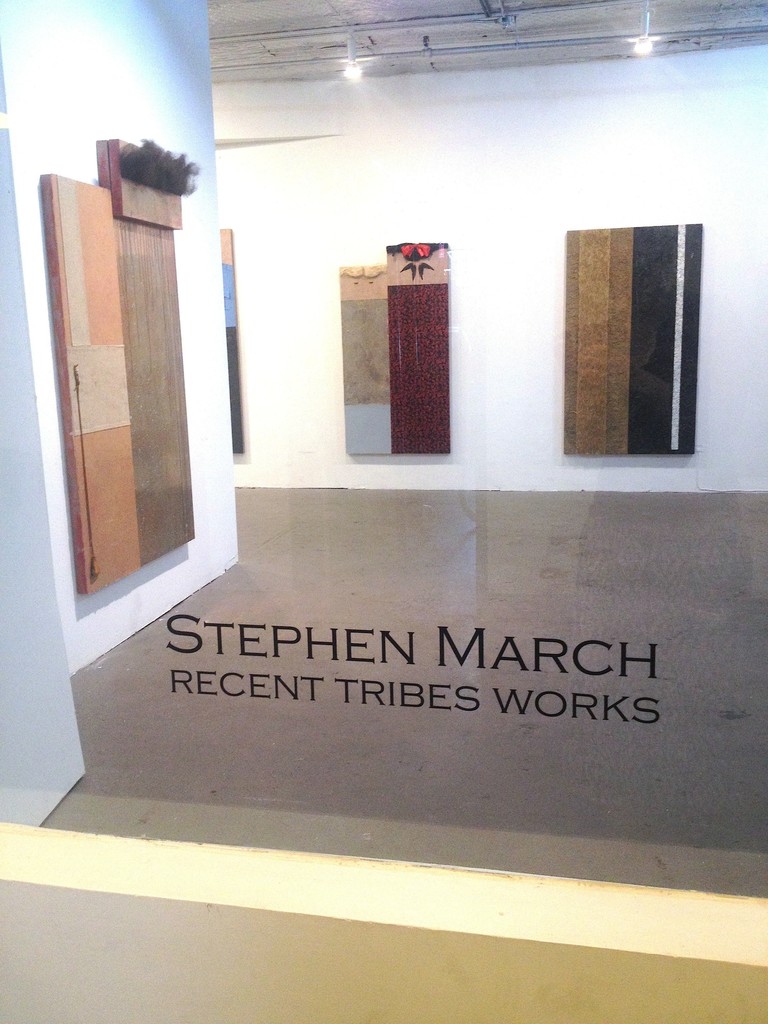 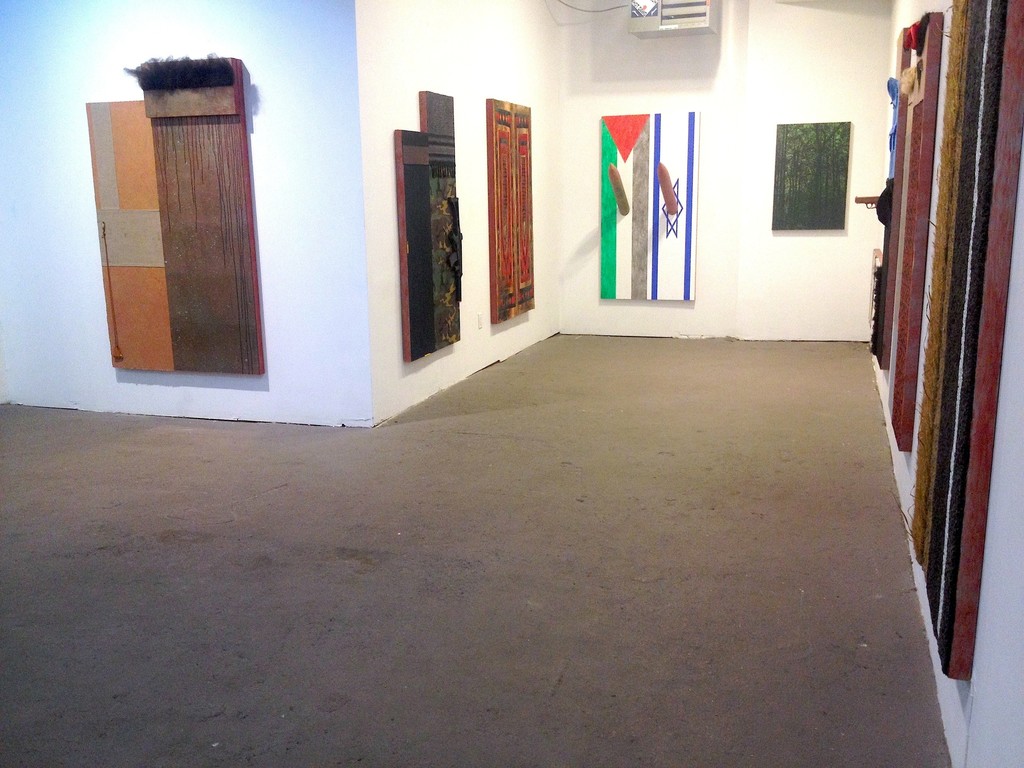 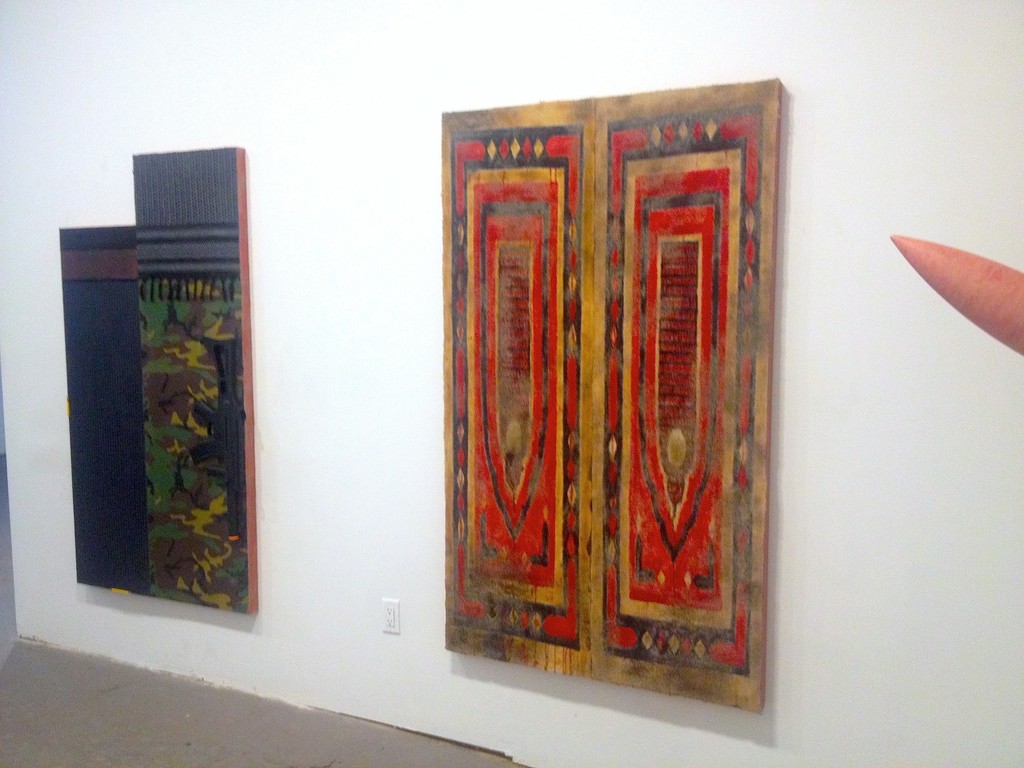 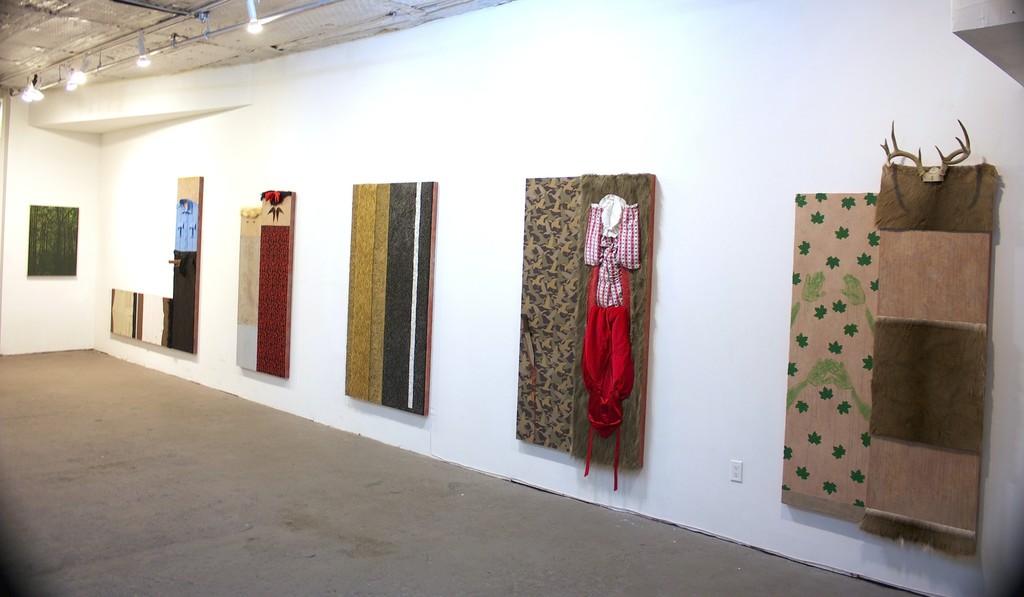 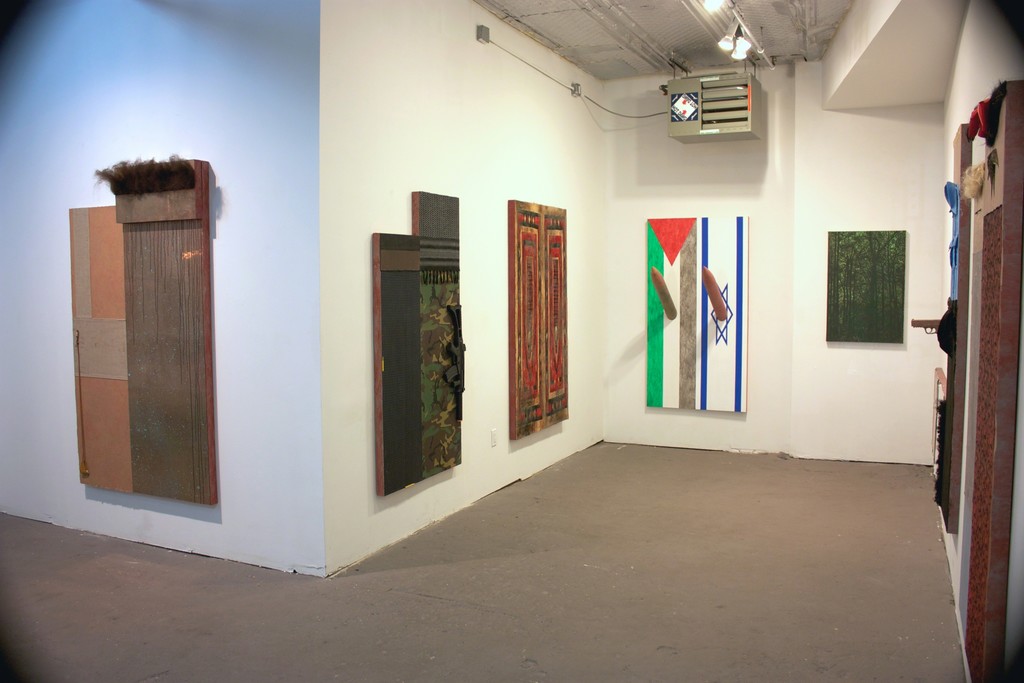 Spanning over four decades, March’s work is known for addressing contemporary political, social, and spiritual issues and events. March continues to be interested in creating visual art that transcends the physicality of material surfaces, acting as a vehicle for emotional and intellectual contemplation and interpretation, as well as a metaphor for the fragility of human existence.

The Tribes series of works have been prompted by a desire to visually explore people, real or folkloric, with different or opposing interests, beliefs, and agendas that usually exist in conflict. Each work consists of multiple human-scaled rectangular panels, and involves surfaces of natural and manufactured materials such as soil, wheat, deer hide, blacktop patch, printed fabric, and carpet, in addition to traditional acrylic paint and mediums.

Stephen March, born in York, Pennsylvania, received his B.A. in Fine Art from Penn State University and his M.F.A. in Painting from Rhode Island School of Design. Currently the upper school art instructor at York Country Day School, he has also taught at Elmira College, York College of Pennsylvania, and has been an artist-in-residence at the Arnot Art Museum in Elmira, New York. His work has been shown in solo exhibitions in New York and throughout the Northeast and has been selected for numerous national and regional group exhibitions. The most recent among many awards March has received was First Place in Painting at Art of the State: Pennsylvania 2014, sponsored by the State Museum of Pennsylvania in Harrisburg, PA.