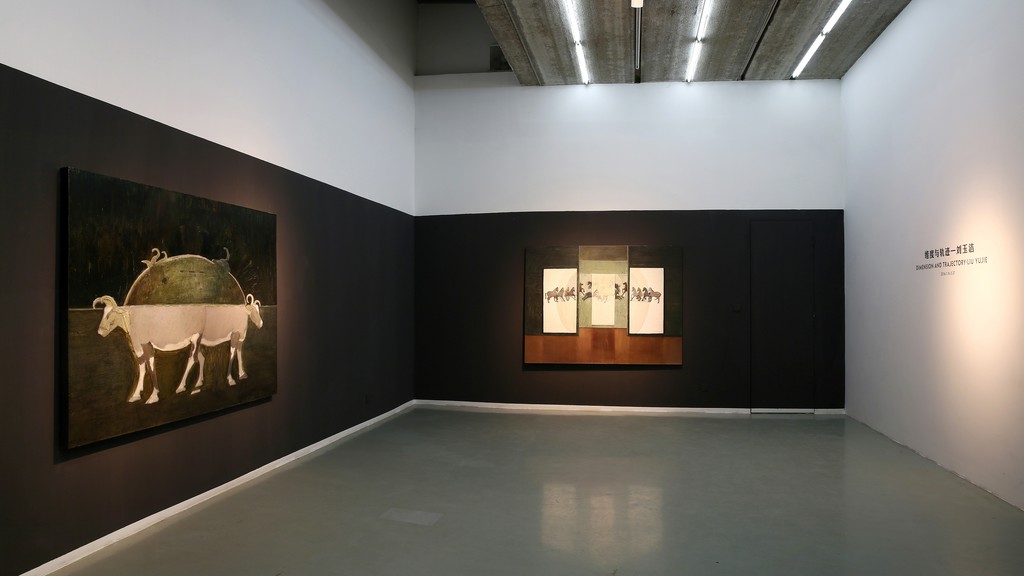 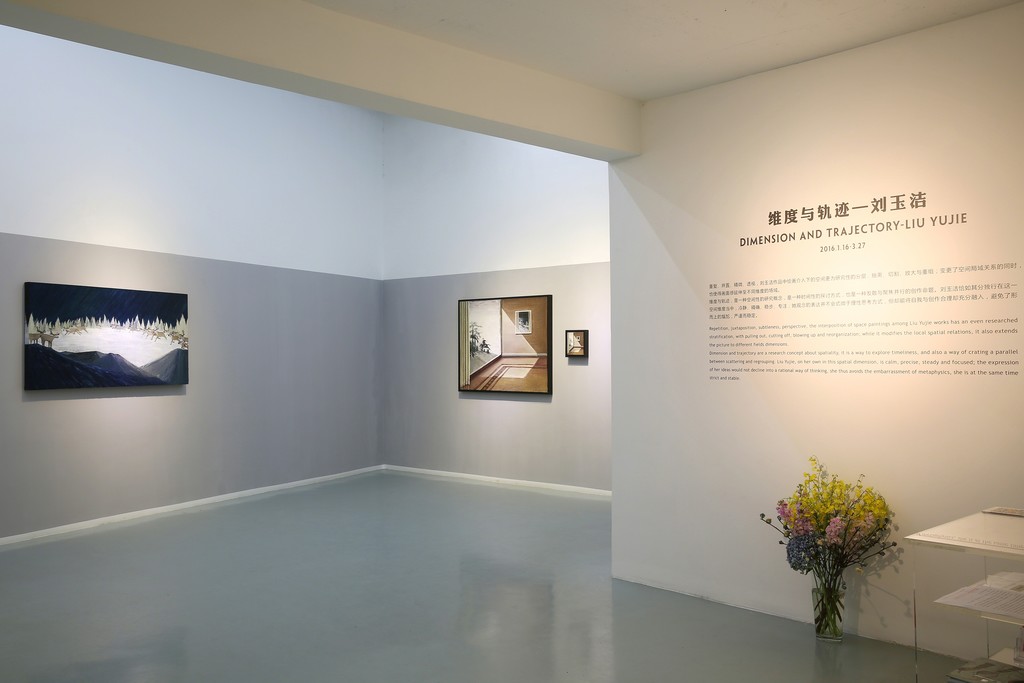 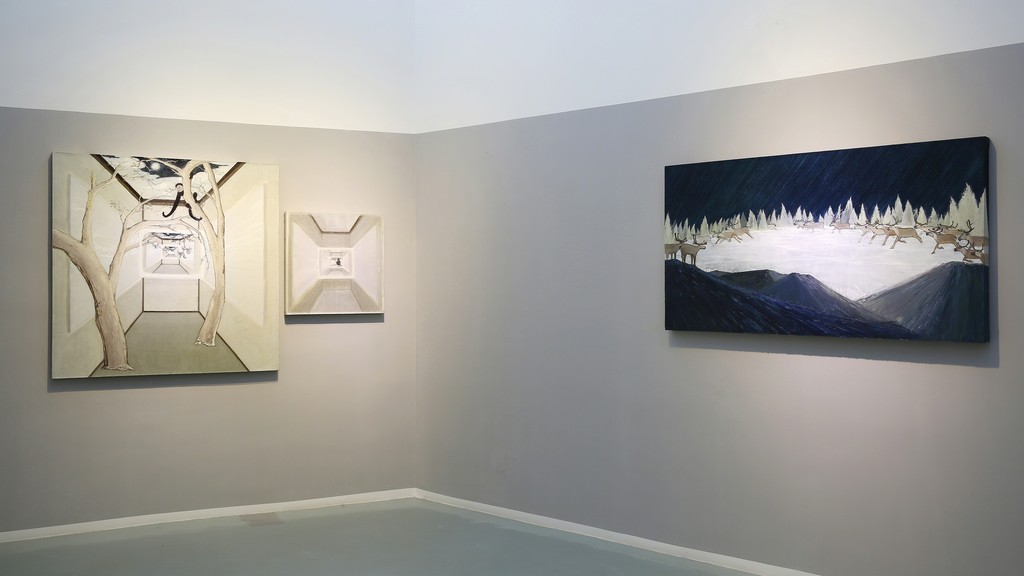 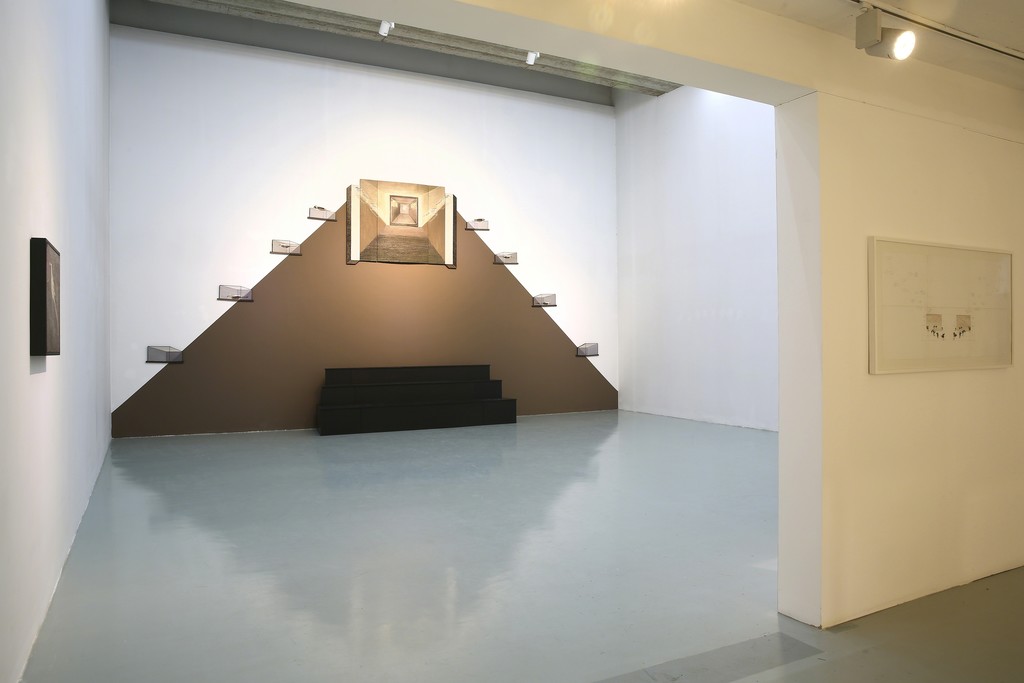 In 2015, a year of upheaval, pressure and uncertainty for the contemporary art market, Amy Li Gallery kept steady and held its ground, looking at the long term, testing and pushing forward audaciously a series of artistic, experimental, and comprehensive exhibitions, participating actively in several international art shows, bringing the artists on the forefront of the internationalised art scene. 2016 is the beginning of a new journey, and we will go back to and deepen our professional and independent vision. Thus Amy Li gallery will open its first exhibition on January 16, 2016 by introducing a young artist, Liu Yujie’s solo exhibition: « Dimension and trajectory ».
This exhibition is Liu Yujie’s first big solo exhibition, she has brought several large scale paintings, installation works, as well as watercolours on paper: most of them are works from the years 2015 and 2016. The works in this exhibition are the artist’s exploration of the relation between space and time: exposing the perspective and spatiality of the painting through cutting and reorganising, making the sense of space and structure of the work more prominent, totally breaking from her former mode of expression through sentimental colours, moving forward to a purely rational thinking output; the more mature Liu Yujie likes to study Western classical paintings shades, as well as the use thereof, to give her works modernity ; for instance, the work « Mountain » in this exhibition is discussing a purely spatial relationship ; the two sides of the canvas exclude all the unnecessary language and preserves the body structure of the mountain in real space ; entering the interior space is to show the conversion of the interior of the mountain structured relations ; this conversion gives a lot of modernity to the work, but the chosen colour of the classical work added to the picture confers it a much stable atmosphere. Meanwhile Liu Yujie also brings a wide range of painting language into her works, for example the exploration of the spatial element in the Chinese traditional painting, enriching greatly her works.
In real life Liu Yujie is an easy-going fine slender maiden, but when she is painting she is extremely rational, persistent, serious; from two-dimensional to multi-dimensional works, flat to voluminous, concrete to abstract, positive to negative space, her exceptional gift for sensing the physical and structural forces gives to initially monotonous space more accuracy and purity; the expression of her concepts do not decline into a rational way of thinking, but can create a reasonable integration of the work and her self, with rigor and steadiness. This exhibition shows the latest research and experiments by Liu Yujie of spatial structure series, presenting a full range of real and non-real multi-dimensional space constructed by her.
« Dimension and trajectory » is the big opening play of the year at Amy Li’s gallery, a new-born strength, ready to move on; a new year, a new chapter with us, new possibilities in sight!