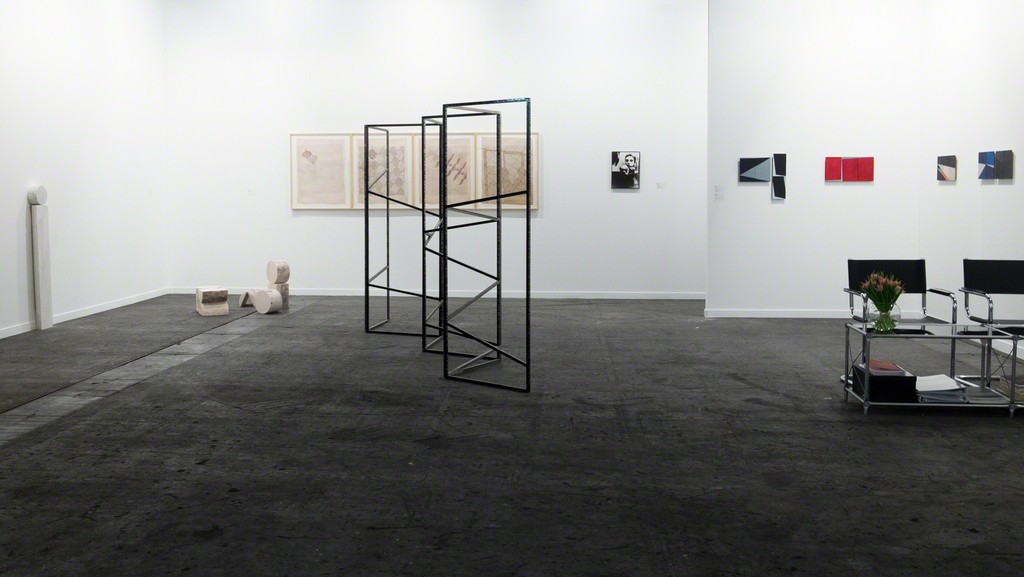 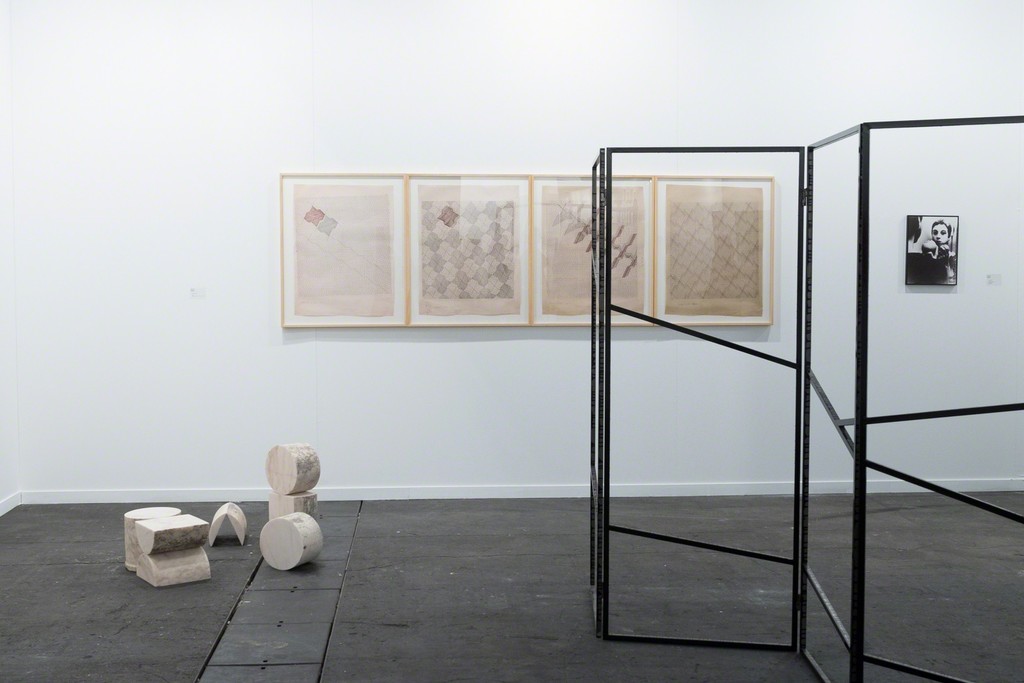 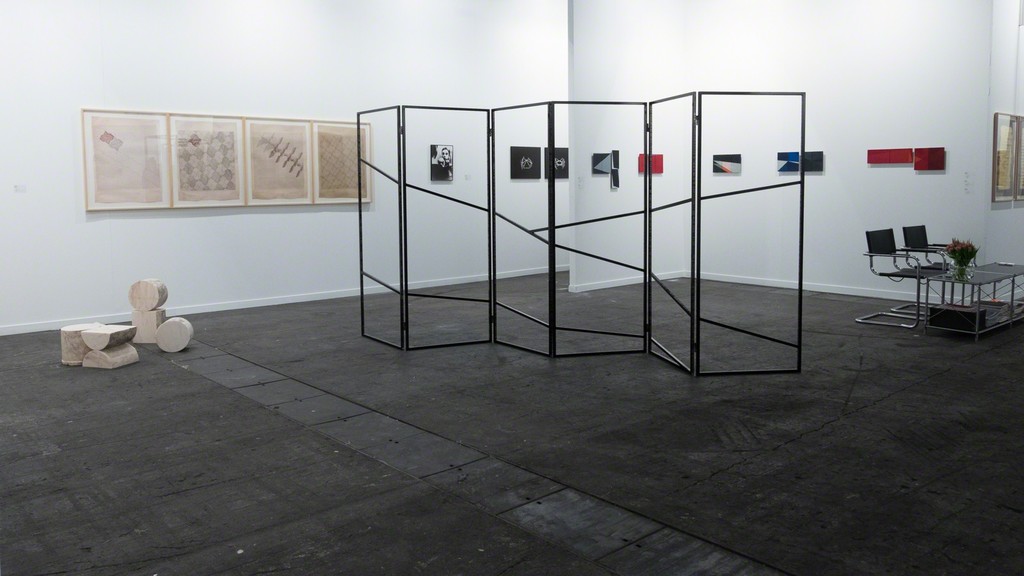 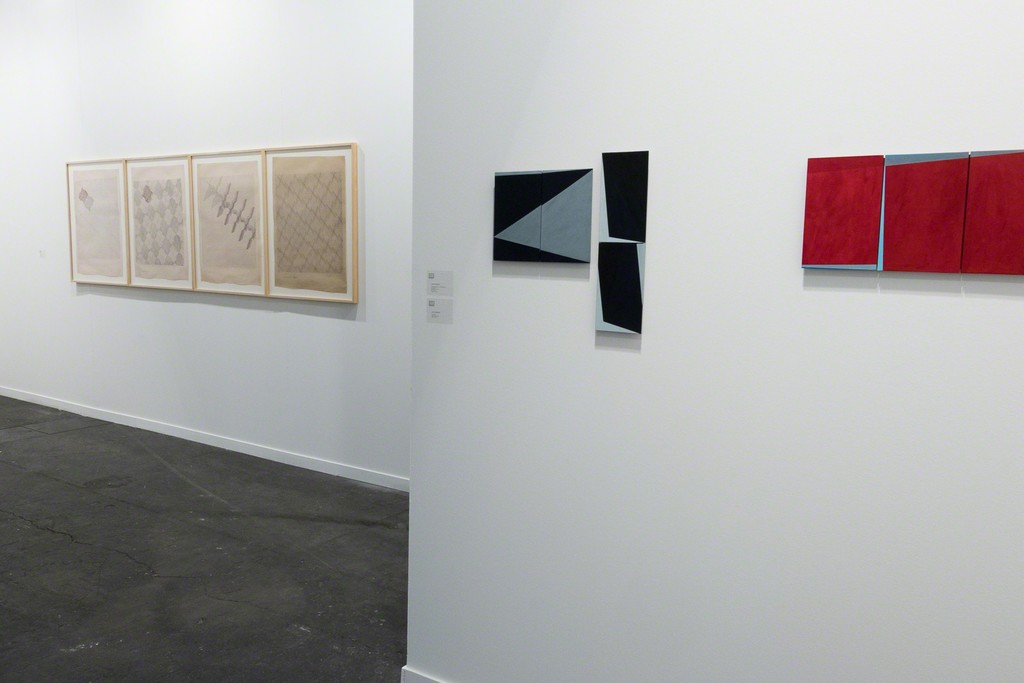 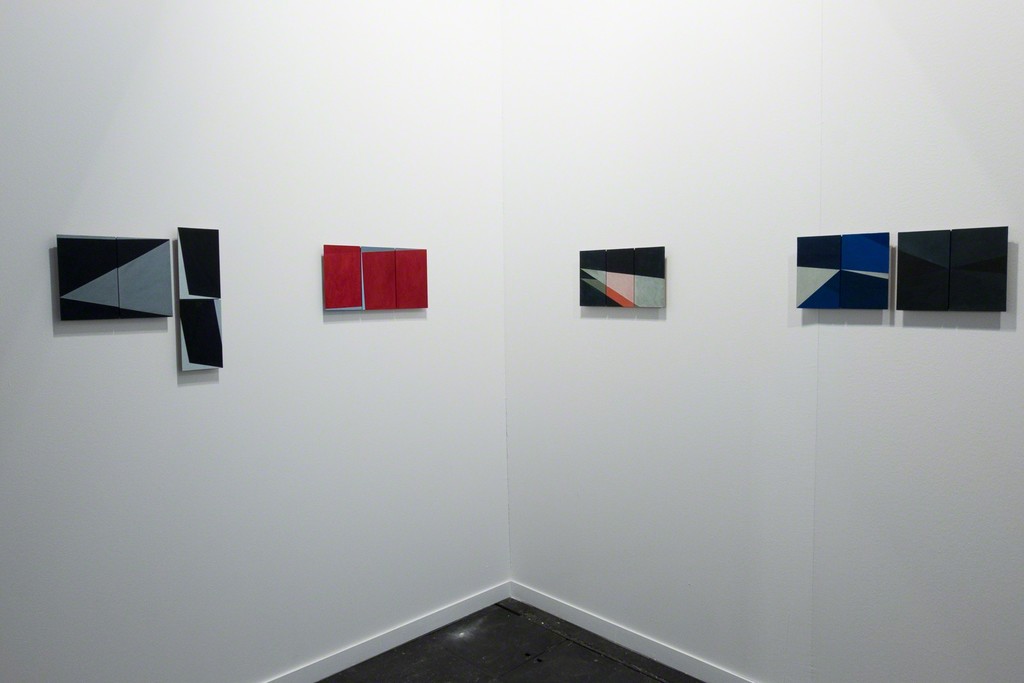 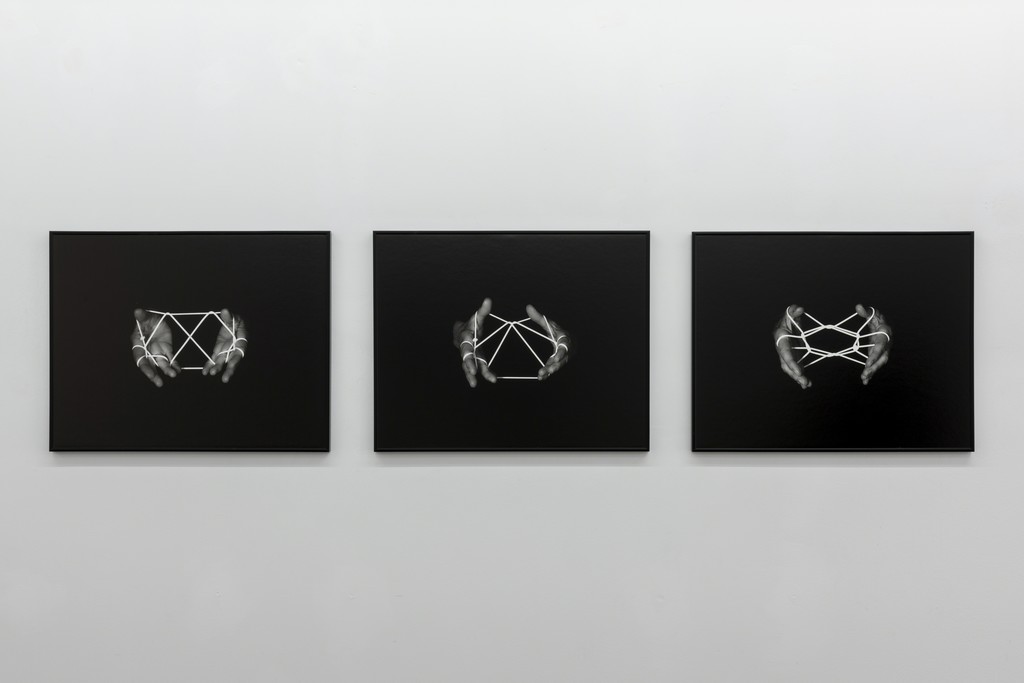 Uniting three vertices you get a three-sided polygon, determined by three non-collinear points on a plane. If this, then, is what is commonly known as a triangle, it is equally true that it is the geometric figure potentially perceived in the conceptual work of Angels Ribé (Barcelona, 1943), the concern for order and rhythm in the grids of Soledad Sevilla (Valencia, 1944), to a good part of the sculptural practice of Alberto Peral (Santurtzi, Spain, 1966) and the abstract paintings of Laercio Redondo (Brazil, 1967).
Geometric forms on which our proposal is based, which, starts from the simplicity of a form to give content to the route between a line and a perimeter, between a sculpture and its form, between a form and the symbol, between the symbol and nature and between all these elements and the interior space. That is to say, between the poles that, in spite of the discursive and temporary distance that separates these artists, generates an artistic practice as personal and evocative as the one that derives from the proposal of these four artists.

From Ana Mas Projects we would like to invite you to visit our booth 7H11 at the ARCO2018 Madrid fair during Feb 21-25th As well as visiting the Future section in which the gallery artist Regina Giménez (Barcelona, 1966) has special participation. If you want more information, do not hesitate to contact us at [email protected] or call +34 687118568.

We hope to have the chance to greet you personally at our stand.