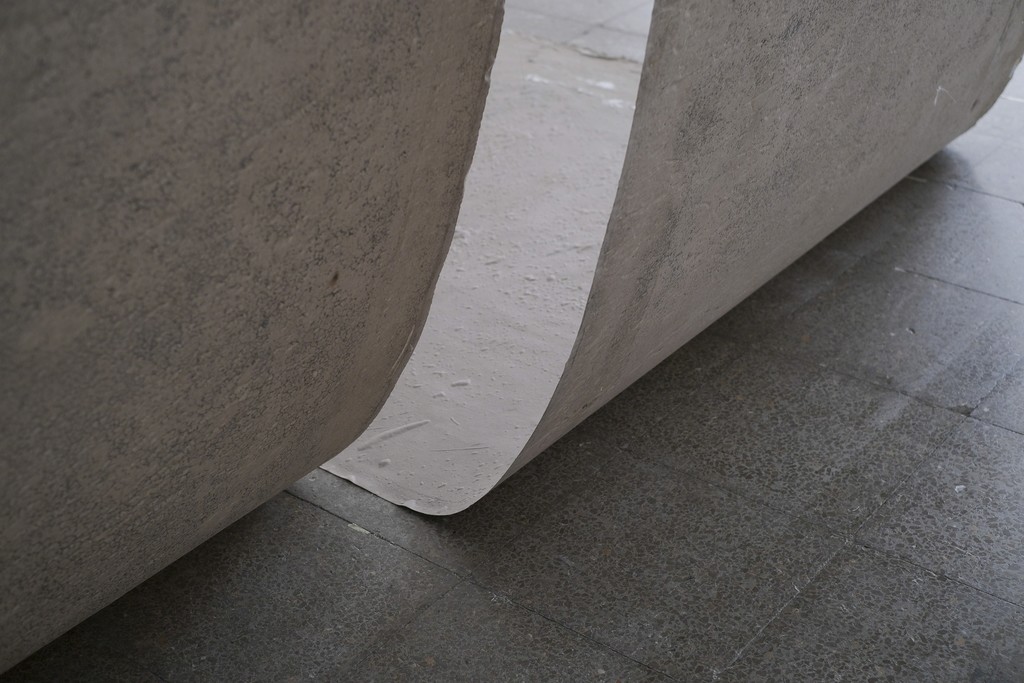 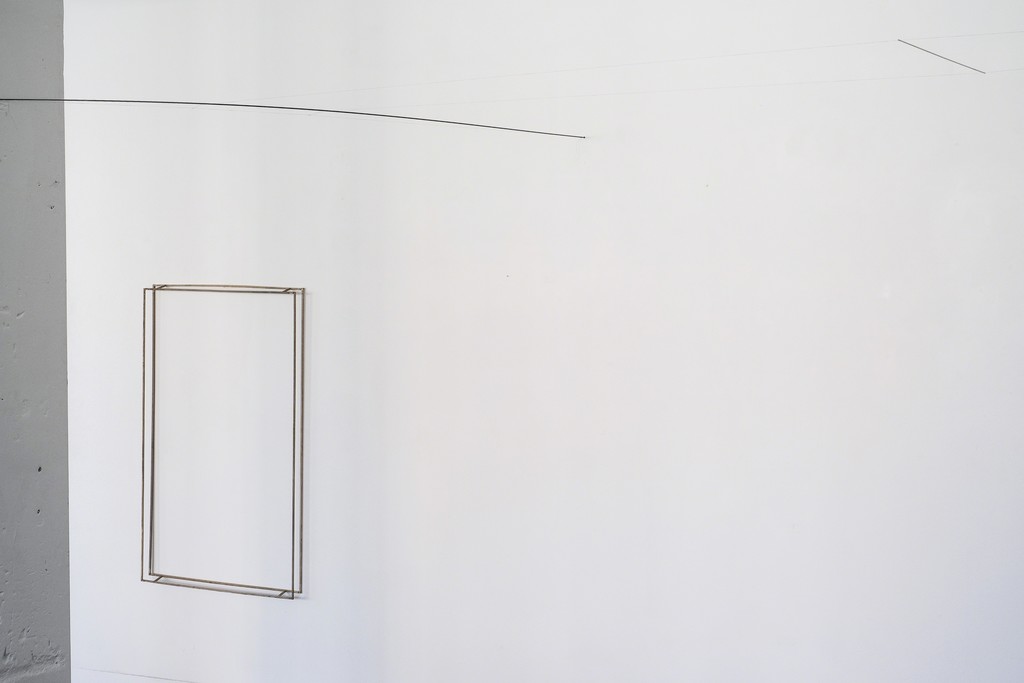 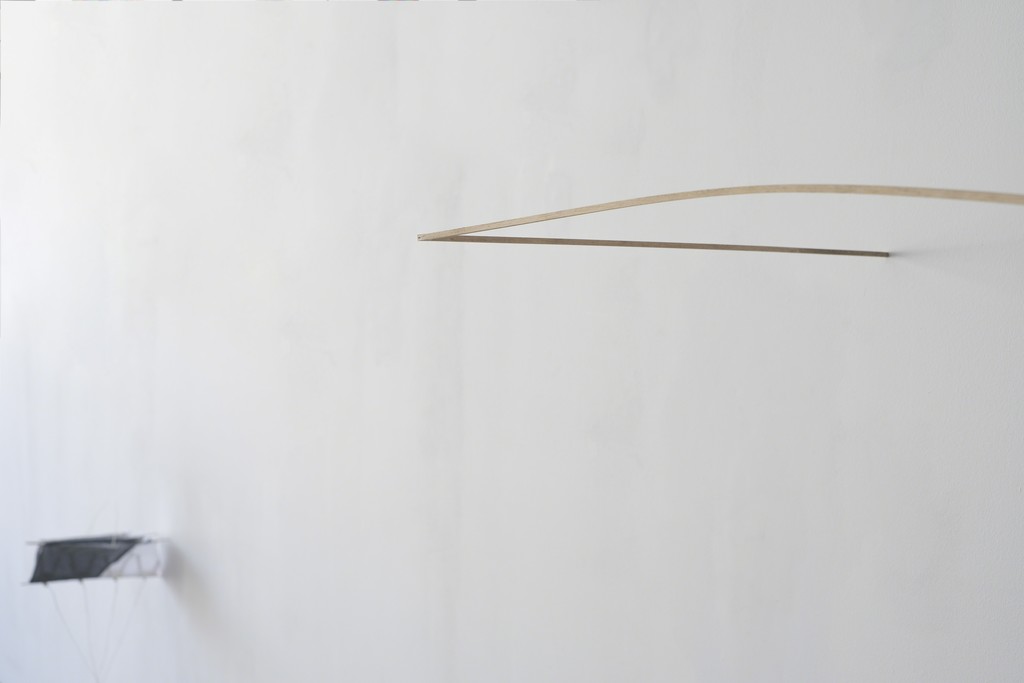 Milena begins by measuring space, with her feet, with her hands, walking back to front in a silence that waits for that ray of light that will suddenly make an angle, for that current of air that arrives without warning to open or close the windows of the gallery.

She takes an object and places it in equilibrium with another that superimposes it, then she takes distance, silently observing the possibility that this object could exist in that permanent tension (or not). She turns around and everything collapses, she smile and starts again. It seems like a form of writing or maybe of thought.

In the practice of Milena there is a compelling meditation on architecture, the voice (or rather the whisper) of each place, the force of gravity and the space that the air needs to be, to make emptiness the protagonist and tension its gesture.
She uses materials that make this relation with the environment transparent, this set of balances, this sort of deceit to gravity in systems that she arms and disarms like drawings or parallel realities. Milena rehearses structures that are sustained in that possibility of falling, as life itself, vulnerable, fleeting, volatile, and it is because her nomadic nature that these measurements of the world appeared in her research subjective and liable to perpetual mutation.

For the space of Ana Mas Projects Milena Rossignoli presents Tendø, an individual exhibition composed of works made in-situ, which continues the thread of thought of the artist's latest projects. Tendø could be understood as stretching or extending, its origin in Latin would be “to try”, accompanied by the symbol ø that in mathematics would refer to “the void”. The project follows the architecture of the gallery and tries to define its composition of spaces in moments of a single process, a process that could resemble the measurement of emptiness and air pressure on objects, the force of gravity generating tensions with which she plays and at the same time converses.

Born in Ecuador (1990), Milena Rossignoli is raised in Italy where she received her Bachelor of Arts in Painting from the Academy of Fine Arts in Bologna and her Masters in Research and Design for Visual Arts in the same faculty. Since 2012 he has exhibited his work between Spain and Italy, receiving numerous awards, among which the Bilbao Arte (2019), the Royal Academy of Spain in Rome (2017), the Premi d'art contemporani Fundació Privada Reddis, Tarragona ( 2016), Call 2014, Galeria Luis Adelantado, Valencia, Spain (2014). Her work is part of private collections in Italy and Mexico.