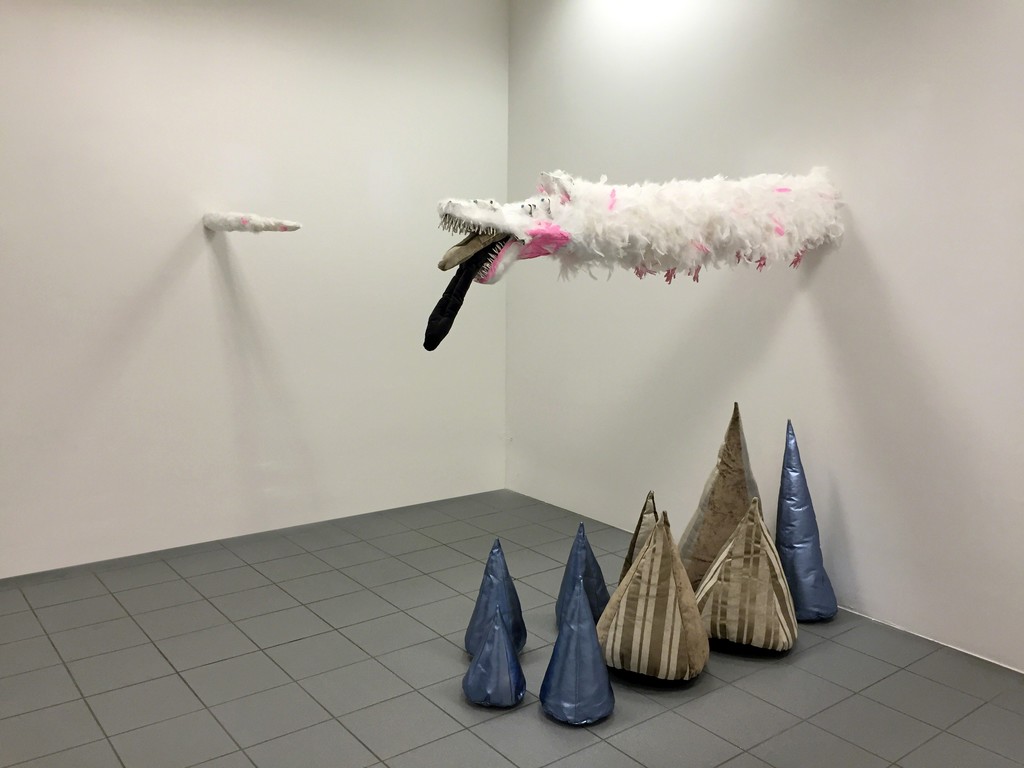 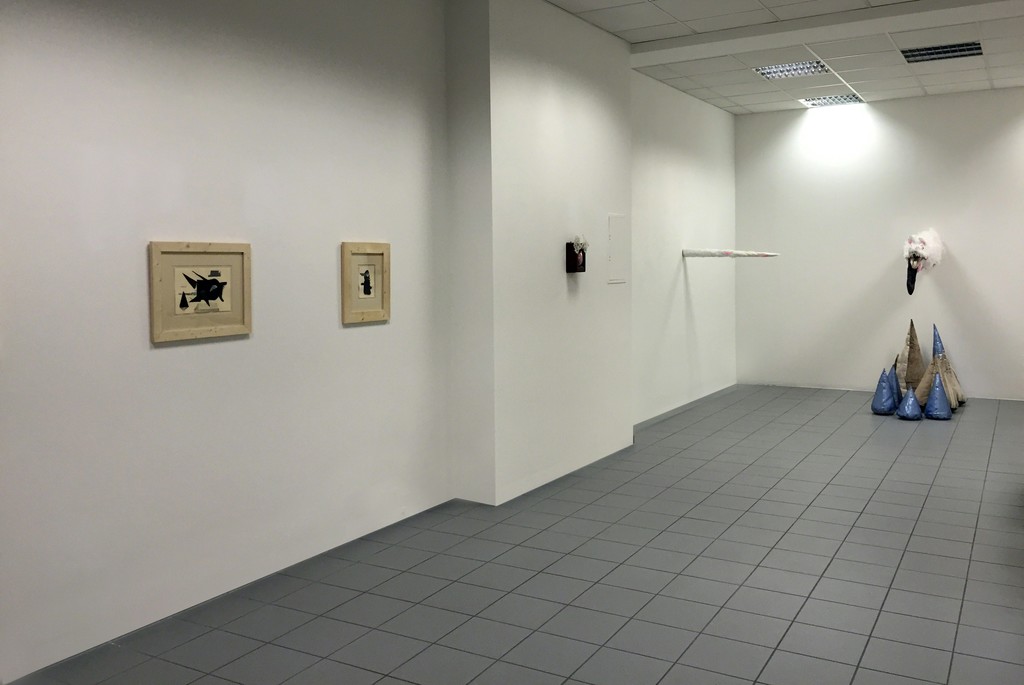 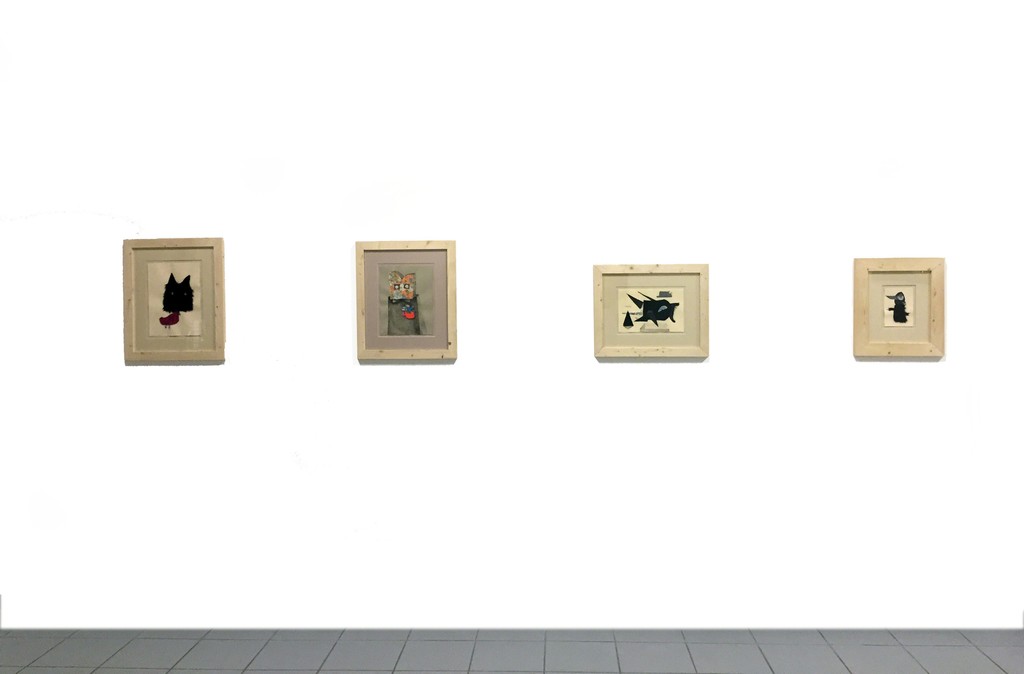 In the exhibition “Daydreaming Heart” characters that represent a symbol in old fairy tales and legends such as wolf, dragon, eagle, polar bear, fish or cat, are re-interpreted through technical and mental collages that outline a world of strong feelings where you can no longer distinguish between reality and dream.
The small installations designed by Raluca Arnăutu remind us of Surrealist objects. Each object, no matter whether it is a drawing pin, an old velvet ribbon or a fragment from a hypothetical drawing, tells a story. Projecting her own phantasms within her works is initiated by arbitrary encounter with the object, leading to the apparition of a fantastic universe where multitude of colours given by various materials and an unusual association of textures and materiality create a world full of mystery.
Raluca Arnăutu creates a zoomorphic world, where animals from different world are mixed, resized, reconstituted or rethought. These are characters that roam the world up and down trying to find their place, to live in peace. Dealing with images is almost never possible into a simple description, passive, but express an attitude, a polemic regarding reality, or at least a question mark to the notion of "real", creating an alternative parallel universe.
The exhibition “Daydreaming Heart” is inhabited by a whole supernatural bestiary that descend from her own phantasms within a synthetic and syncretical drawing at the same time she reveals a transcending of reality in a fantastic universe.
The viewer becomes fascinated by this imaginary world where he can hear rustlings, noise and a playful gibbon that carefully stands over.
Raluca Arnăutu was born in 1977 in Bucharest, Romania. She graduates the University of Art from Bucharest, Romania. She became known to the public through large textile installation. In 2012 she represents Romania at the 3rd International Kids’ Carnival “Tales and Thoughts” in Venice, Italy with the project “Beasts and Superbeasts”.