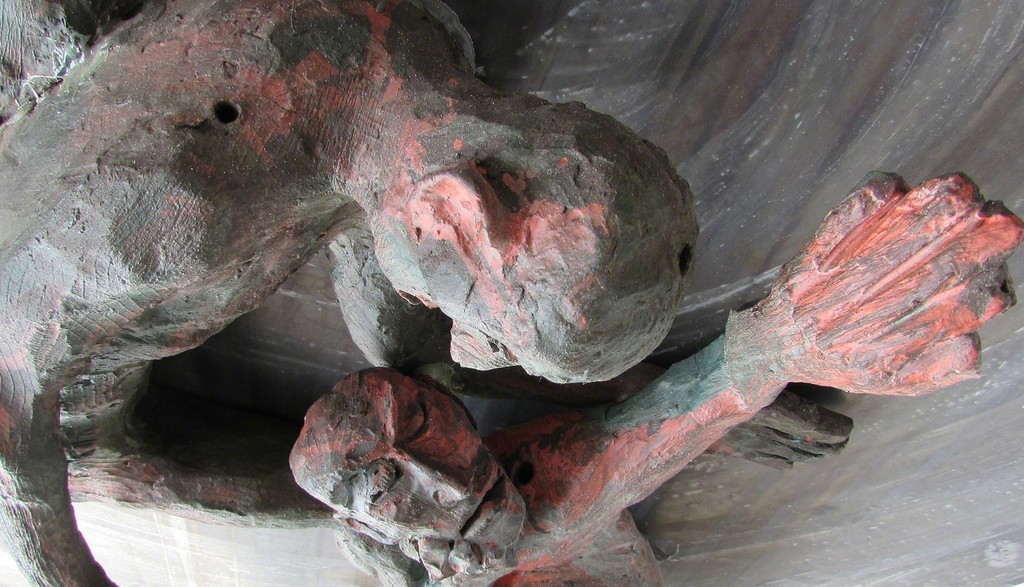 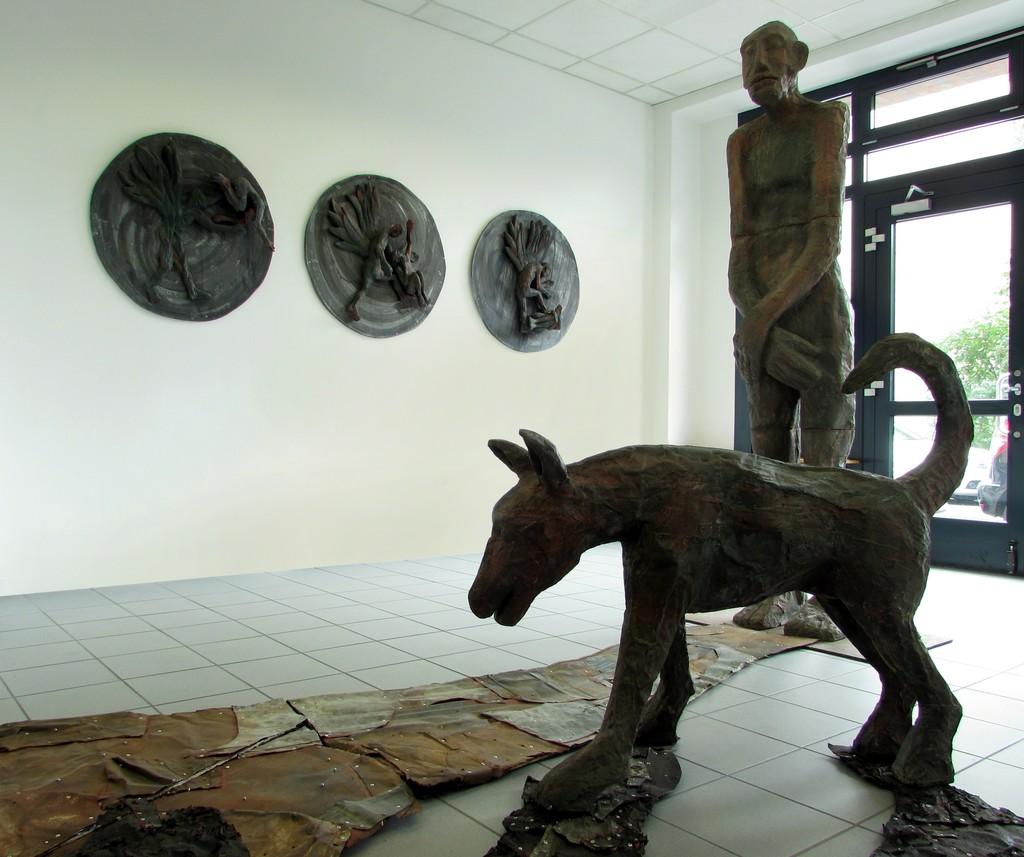 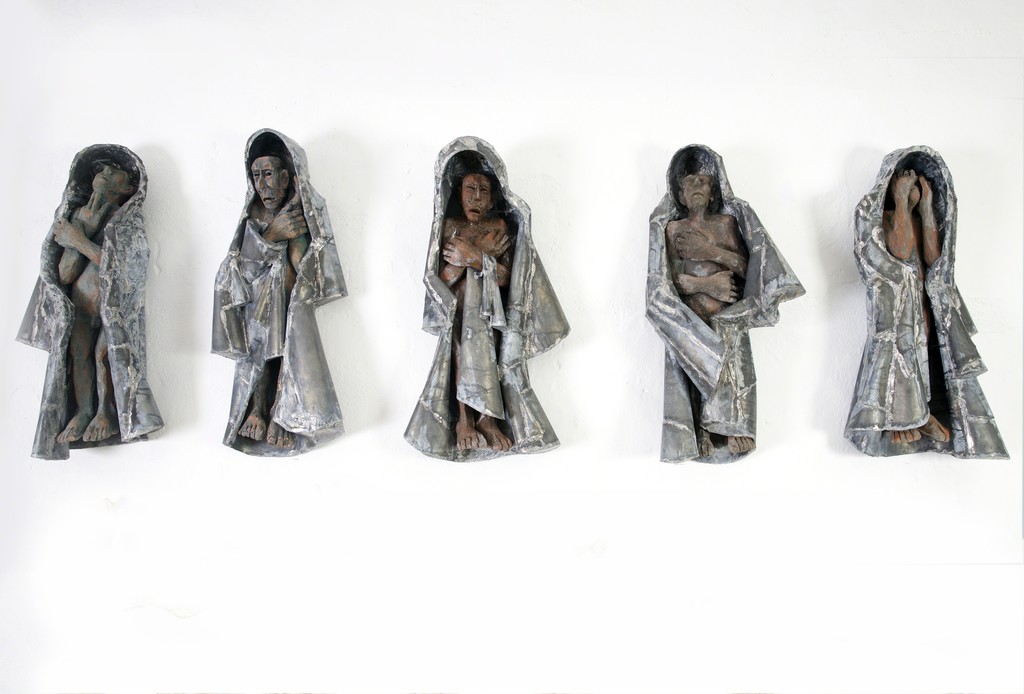 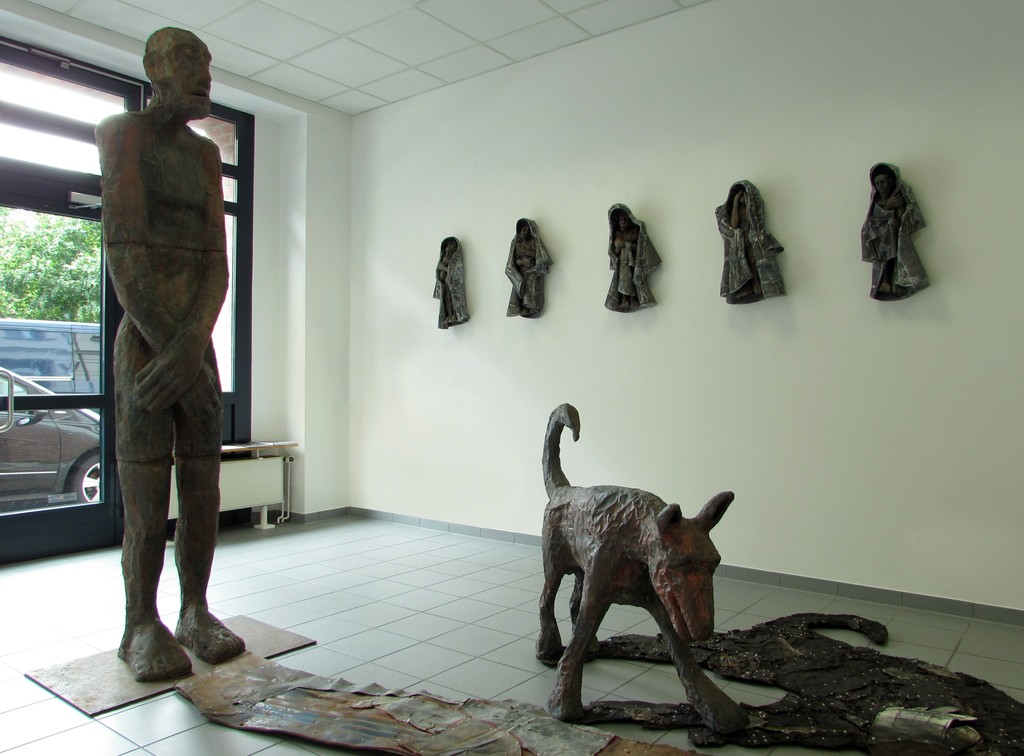 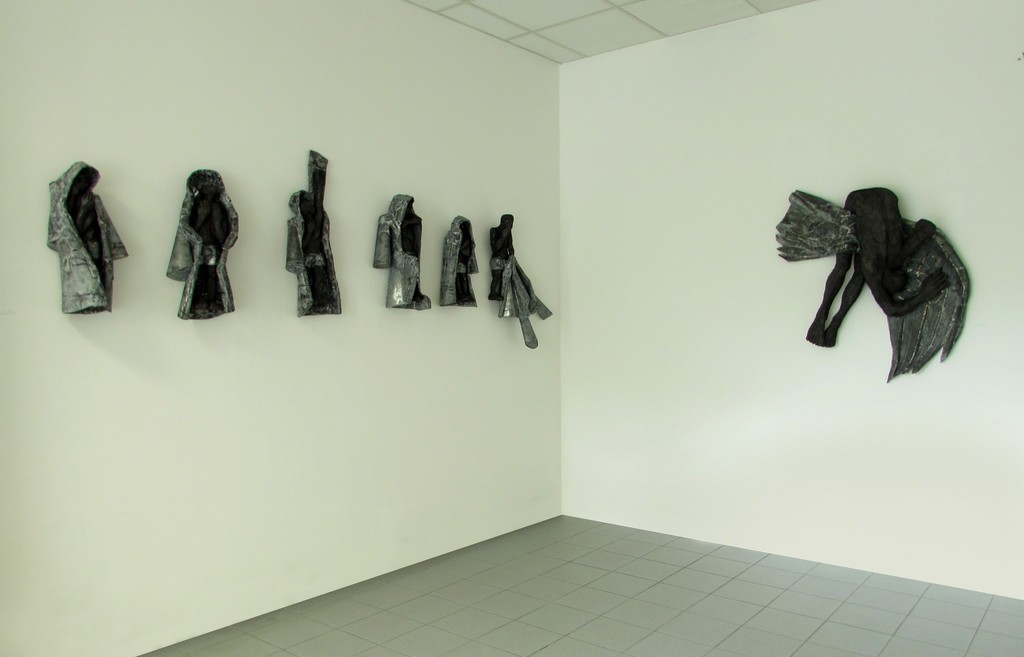 “You'd better show in your paintings how man of our times was wolf to other human beings.“ Bertolt Brecht

The gestural expressionist sculpture becomes a declaration of faith, as the artist himself professed: "I believe in the power of gesture to become art. I believe in those gestures transmitted from inception of life expressing emotions, feelings, passions, conditions, boundaries. They become lively characters who experience fear, vibrate, light up, give, suffer or rejoice. These kinds of gestures become symbols of either joy or grief, of fear or courage, of blessing or destruction.”

“Silent witness” is about silence. Silence often implies an unheard cry, a longing for freedom and helplessness. There are times when silence can express more than a hundred words, often triggering an inner struggle, a psychological pressure in which the character is imprisoned. Silence is not synonymous with stillness, because stillness means peace, serenity, conciliation; whereas silence means struggle, anxiety, compulsion. Silence can kill.

"Silent Witness" is about the human condition full of doubts, desires, fears, ascension and falls. The shadow is the silent witness, the shadow follows us everywhere. The shadow takes the shape of the body, it reminds us silently that we are alive.

These tortured, crouched bodies, with tormented attitudes, aiming to break free from their inner struggle are protected by shades of galvanized steel. Man and his shadow is perhaps one of the most tragic representations. The shadow always accompanies man into an infinite silence, the shadow never answers, but it is the one that will not leave him alone.

“Jacob fighting the Angel" describes one of the most tragic moments of conflict in the Bible. Jacob is the one who will fight God and will be blessed by the name of Israel, considered one of the forefathers of the chosen people. Life continuously fuses with death, the flight itself encompasses fall.

“Icarus" is the dream of flying that ends into death. Georges Bataille considered that in sacrifice, the victim is chosen in such a way that his or her perfection makes brutal death perceptible. Aurel Vlad’s Icarus is doomed because he dared to rise. His wings, reminding an Angel’s wings, are broken. The flight implies the ultimate sacrifice.

Aurel Vlad's sculptures provide the opportunity to revive and rewrite the sacred history through personal anxieties.