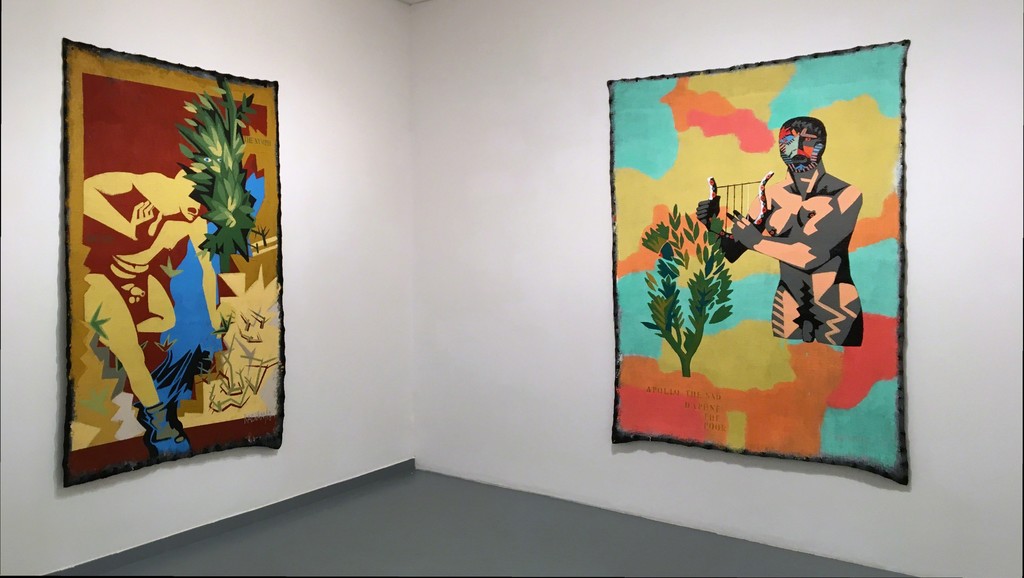 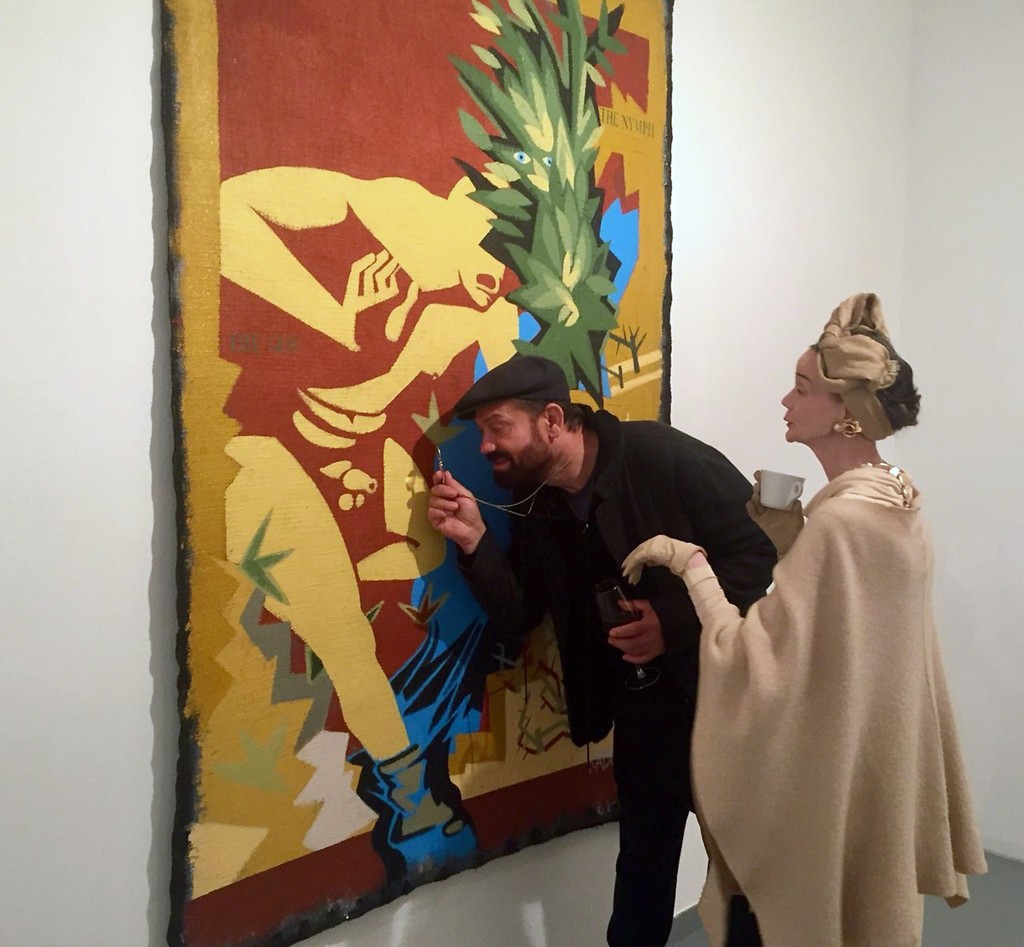 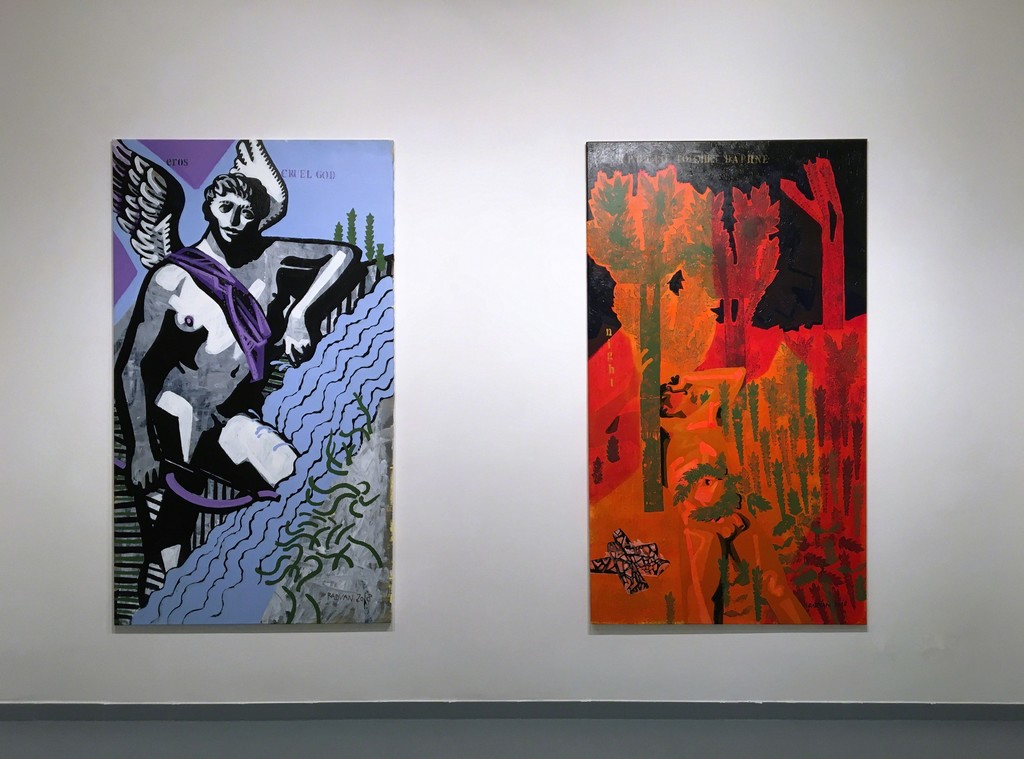 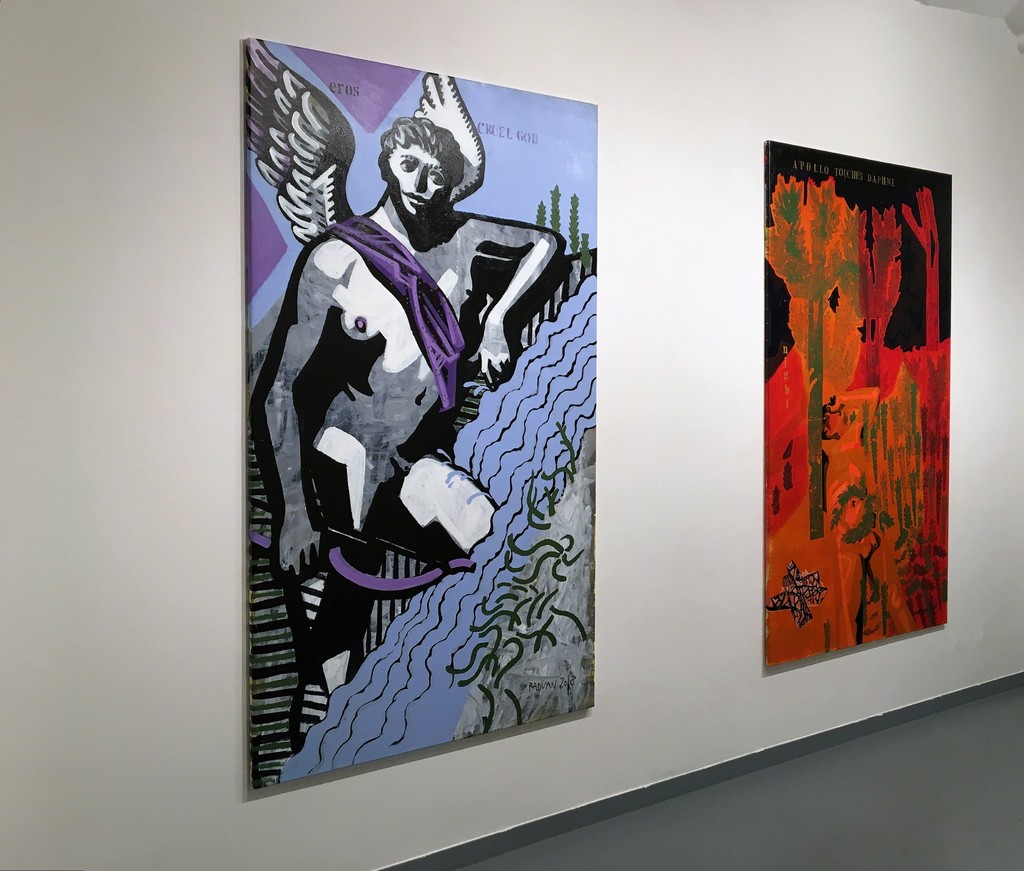 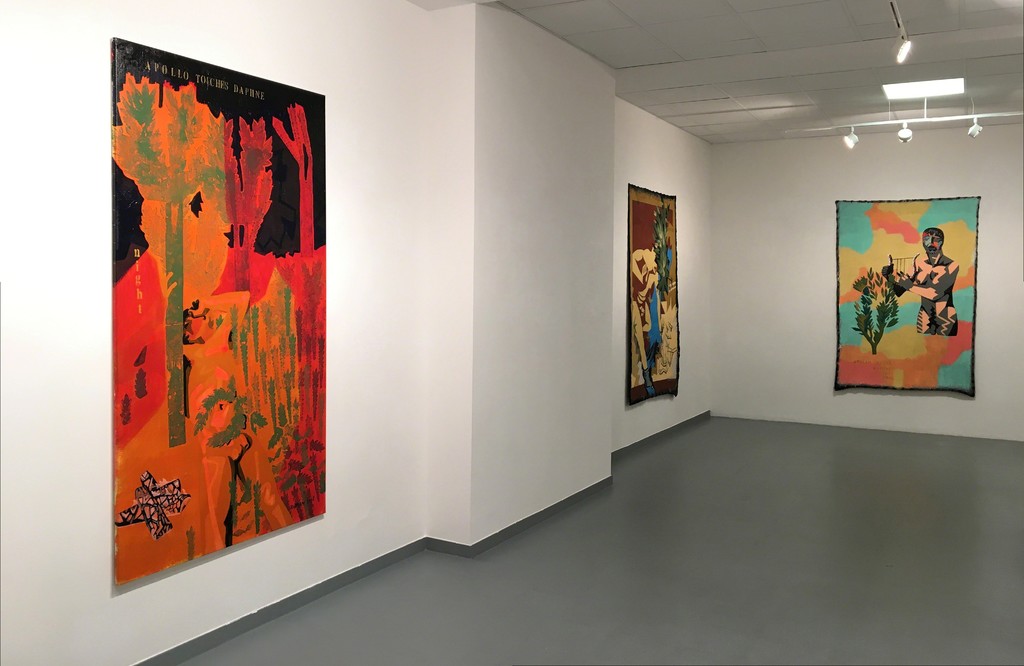 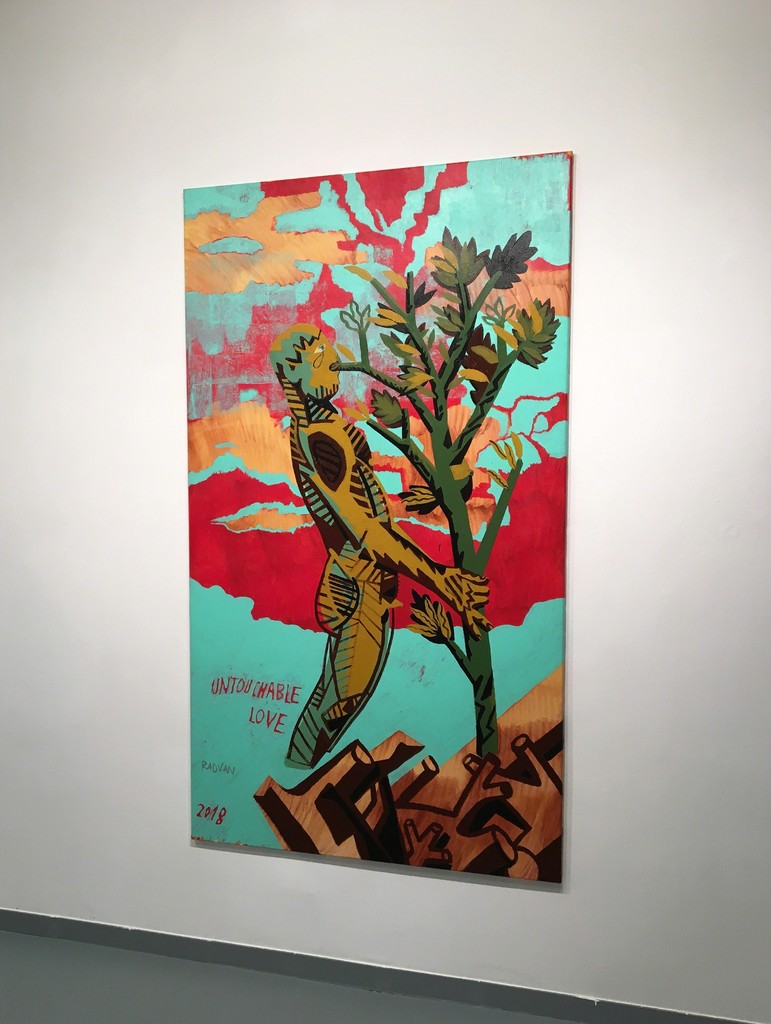 Anaid Art Gallery is pleased to announce the opening of Alexandru Rădvan’s (born 1977) solo show Untouchable Love, showcasing his most recent artworks. Alexandru Rădvan is one of the most intriguing Romanian contemporary artist who for more than a decade has questioned the relationship between contemporary society and the ancient myths and mythology.

The exhibition Untouchable Love presents a series of large paintings in which the artist reinterprets the myths of Apollo and Daphne from the Greek Mythology. Apollo, the god of light, day, and art, insults the god of love, Eros, who takes revenge on him by shooting him with the arrow of love. Apollo falls in love with the chaste Daphne; despite the certainty that he will never be able to convince her to reciprocate. Daphne, to get rid of Apollo, asks her father to transform her into a laurel tree, and Apollo, in a final gesture of affection, grants immortality to the bay leaves to make them eternally green.

Alexandru Rădvan is a painter employing large and voluptuous surfaces and who reinterprets old myths and mythologies. Hegel thought that a work of art is essentially a question since it opens a dialogue with whoever looks at it, and it is exactly from this perspective that Alexandru Rădvan’s oeuvre should be understood and discussed. The artworks talk to the onlooker, challenging both intellect and emotions.

Untouchable Love is about the three emotions a generic and timeless Apollo experiences: pride, desire and loss. Apollo is beginning to desire more and more what he cannot have, and although he is aware that there is no hope, he is becoming more and more insistent.

An impossible love conceived by a cruel god to exert revenge. A deaf battle in which characters intertwine picking up elements from each other, creating the impression of osmosis outside a real touch. Oscar Wilde in "The Nightingale and the Rose" was wondering “When the love dies? Does she die a natural death or must we kill her in a violent and stupid way? "

'Untouchable Love' is about impossibility, whether it is a feeling, a touch, a situation, a choice, and it is also about will, creed, purity. The entire exhibition is an interrogation of how the contemporary man is referring to the impossibility of touching, whether it is a mental, physical, virtual touch. It is about love in the absence of a real touch, about taking risks knowing it will not be a happy ending and self-sacrifice in the name of what one truly believes.