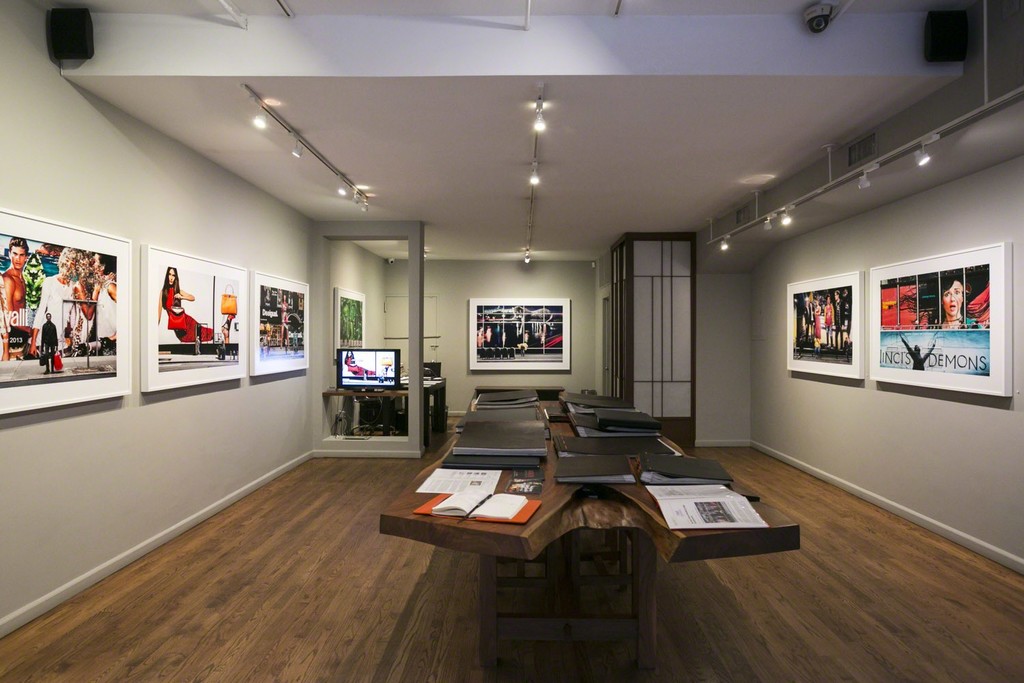 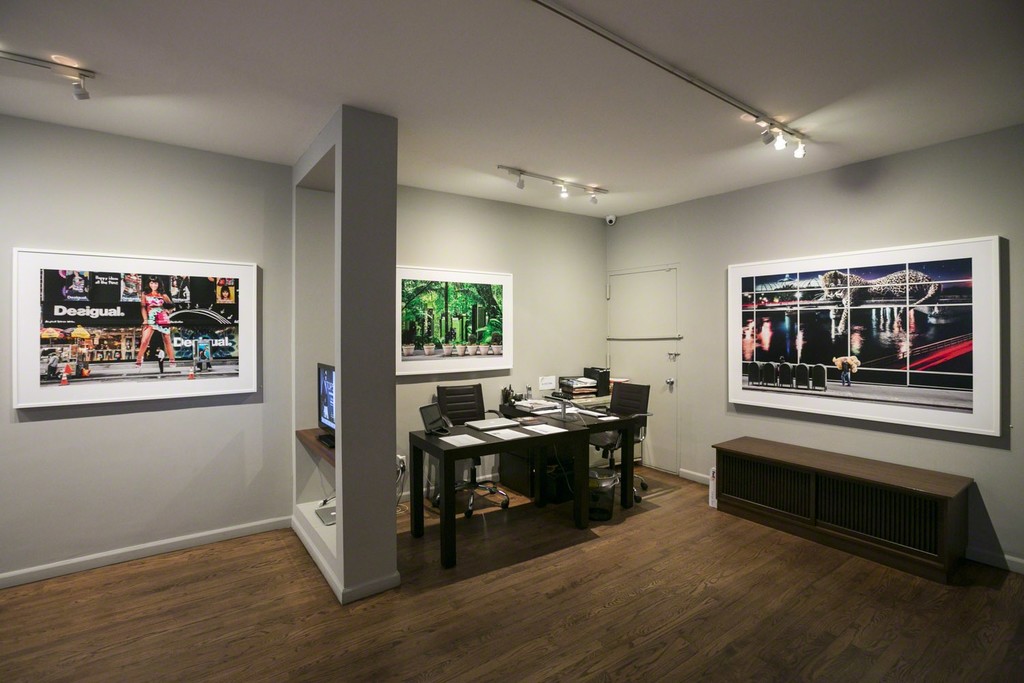 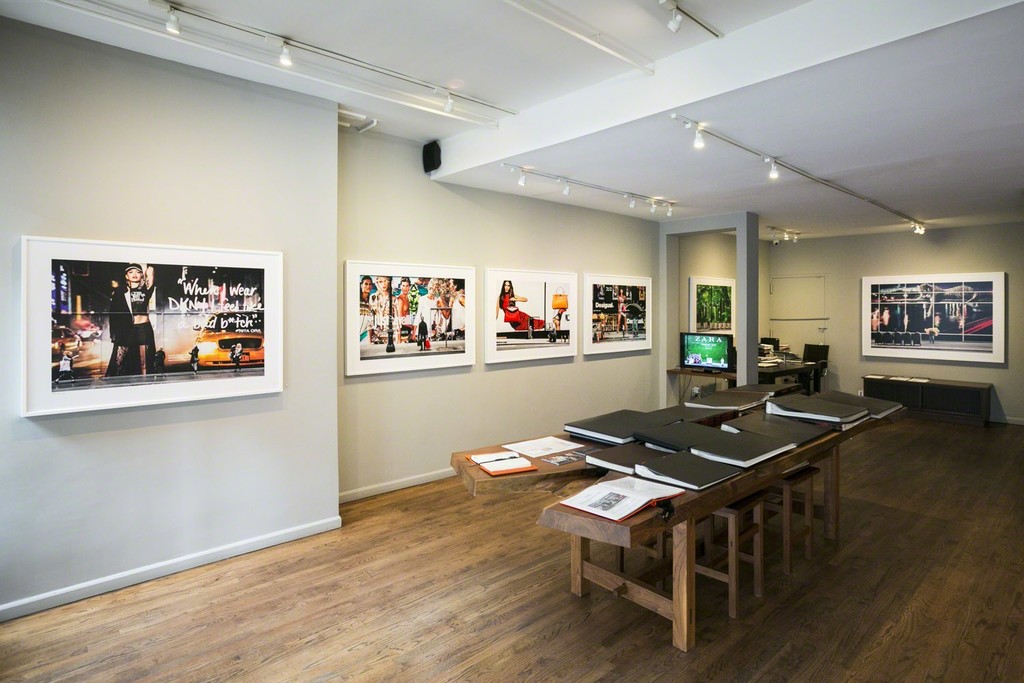 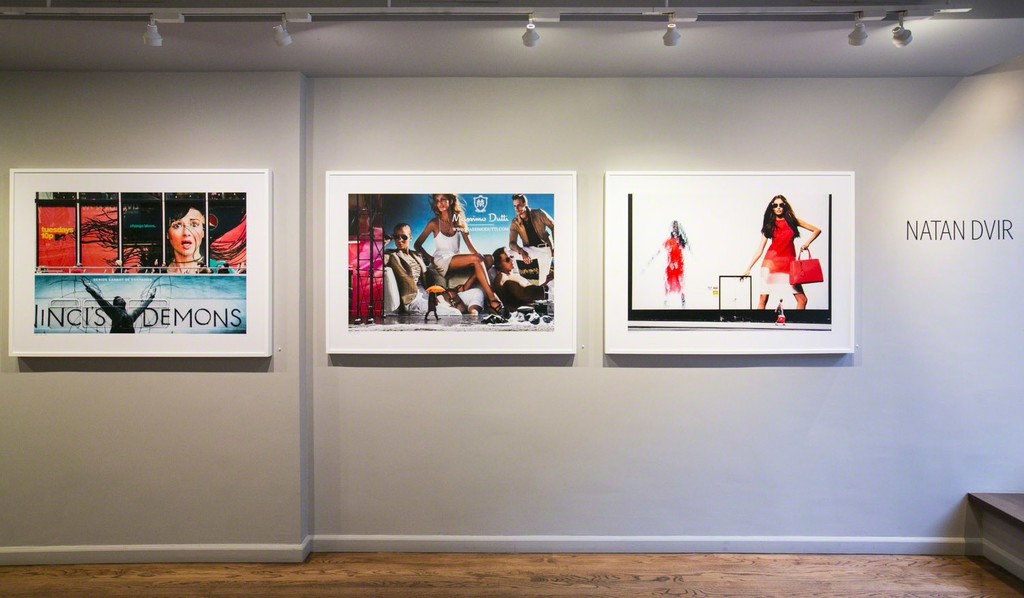 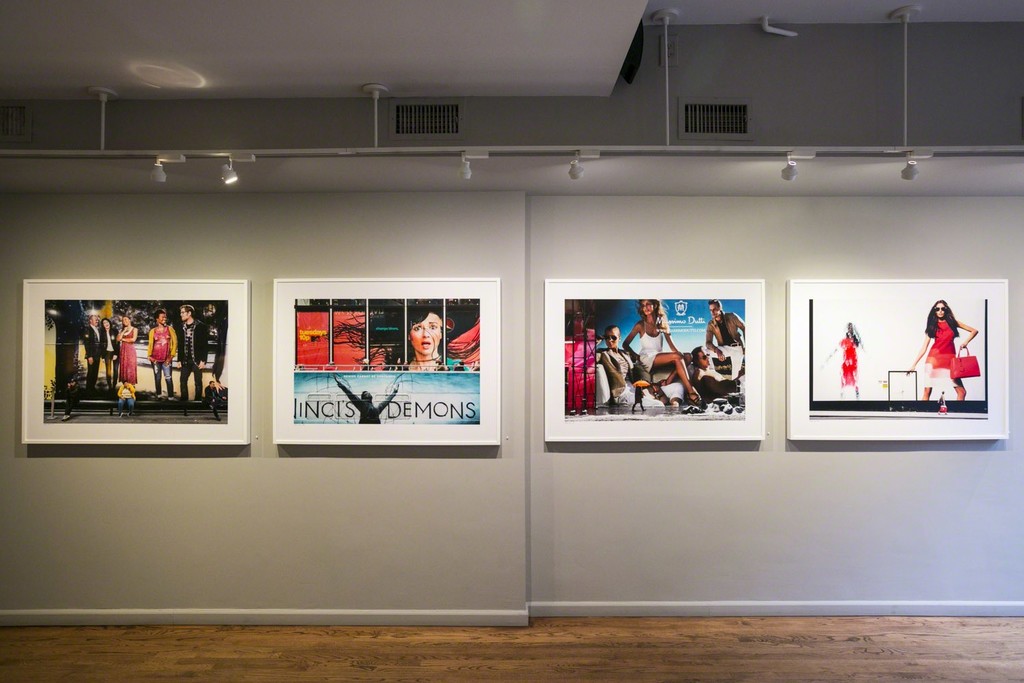 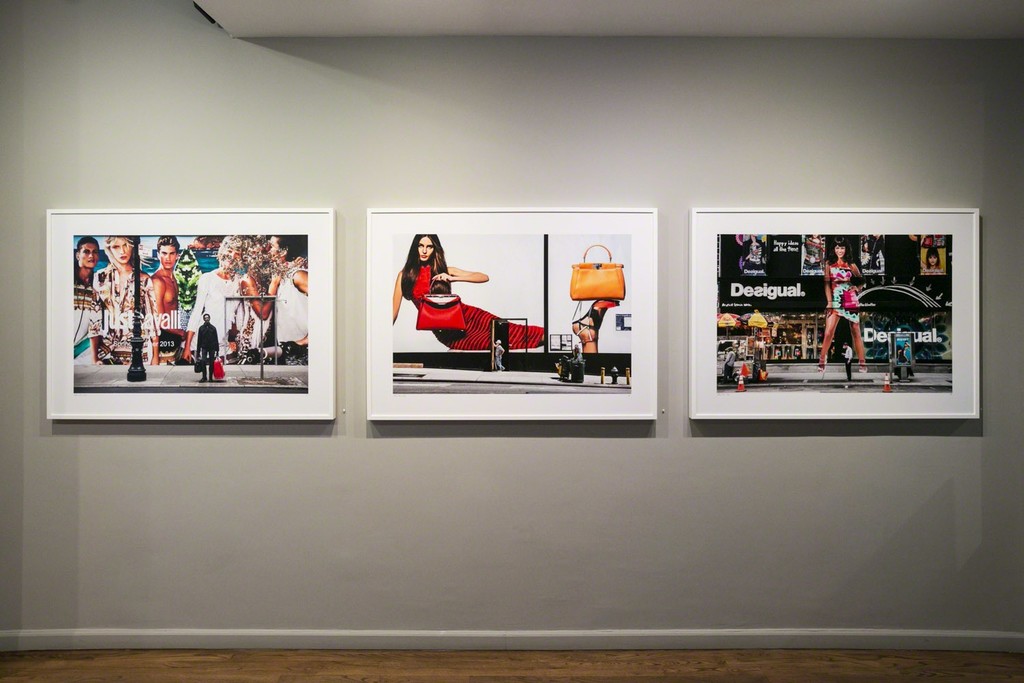 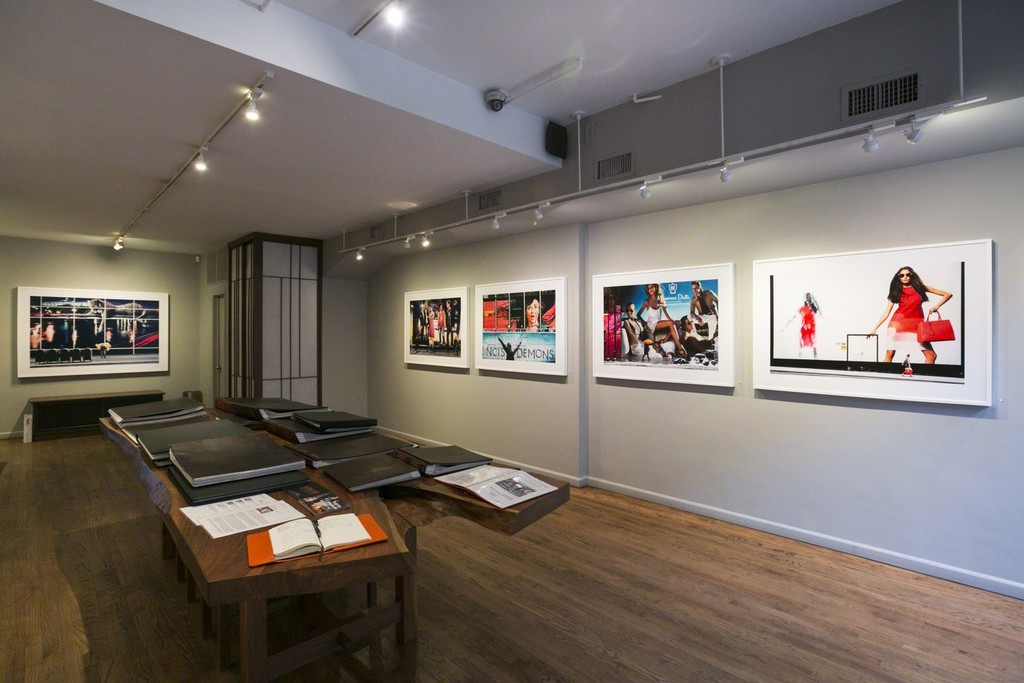 Anastasia Photo is pleased to present Israeli photographer Natan Dvir’s second exhibition at the gallery featuring new works from his series Coming Soon. When Dvir first visited New York City he was immediately struck by the “American Dream” looming large—the numerous ads and billboards enveloping the city in a kaleidoscopic commercial net. By juxtaposing giant billboards against seemingly miniature humans in everyday street scenes, Dvir explores our relationship with branded city centers and the commercial environment we live in.

The immense billboards permeate the whole city, from SoHo to Times Square. Their power is emboldened by their impermanence; most are replaced after several weeks. By cropping the scene from the environment the space appears flattened, scale and spatial relationships are often confused; a visual play Dvir employs throughout the series. Pedestrians inhabiting the space underneath are pulled, unaware, into a staged set; the reality of the street contrasted with the commercial fantasy of the advertisements.

Natan Dvir (b. 1972) focuses on the human aspects of political, social and cultural issues. He received his MBA from Tel Aviv University and his MFA in Photography from the School of Visual Arts (NY), and is currently adjunct faculty at the International Center for Photography. His work has been published by numerous international press including the New York Times, Newsweek, Wall Street Journal, the Sunday Times among others. His work is in the permanent collections of the Museum of Fine Arts, Houston, Portland Museum of Art, Santa Barbara Museum of Art, Museum of the City of New York, Center for Photography at Woodstock, Ben-Uri Gallery, Tel Aviv Museum, Museum on the Seam, Nahum Gutman Museum and various private collections.