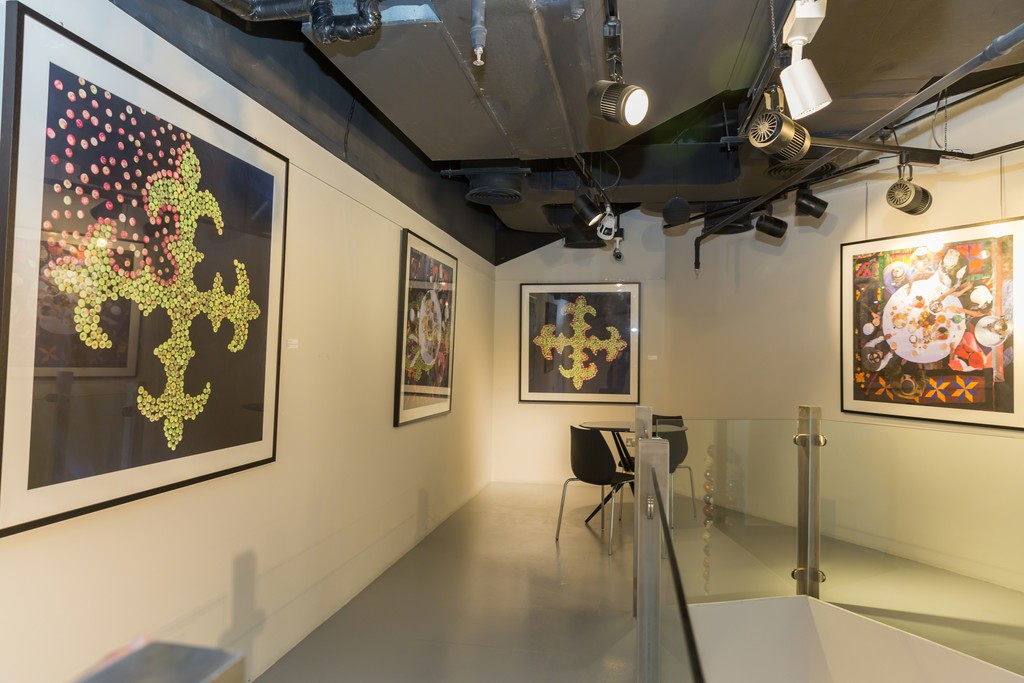 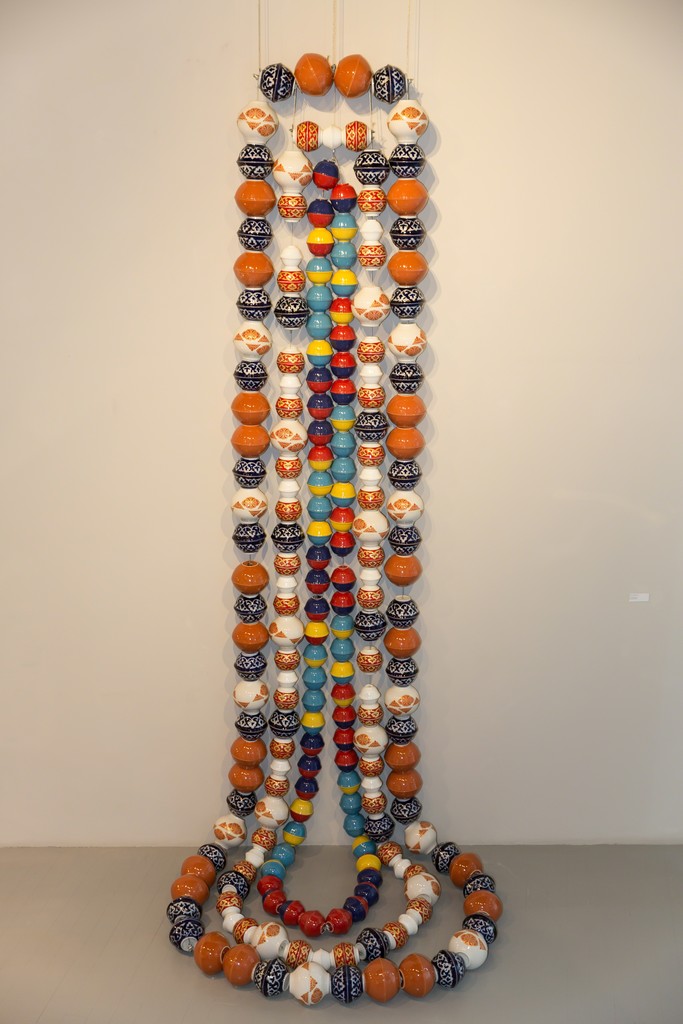 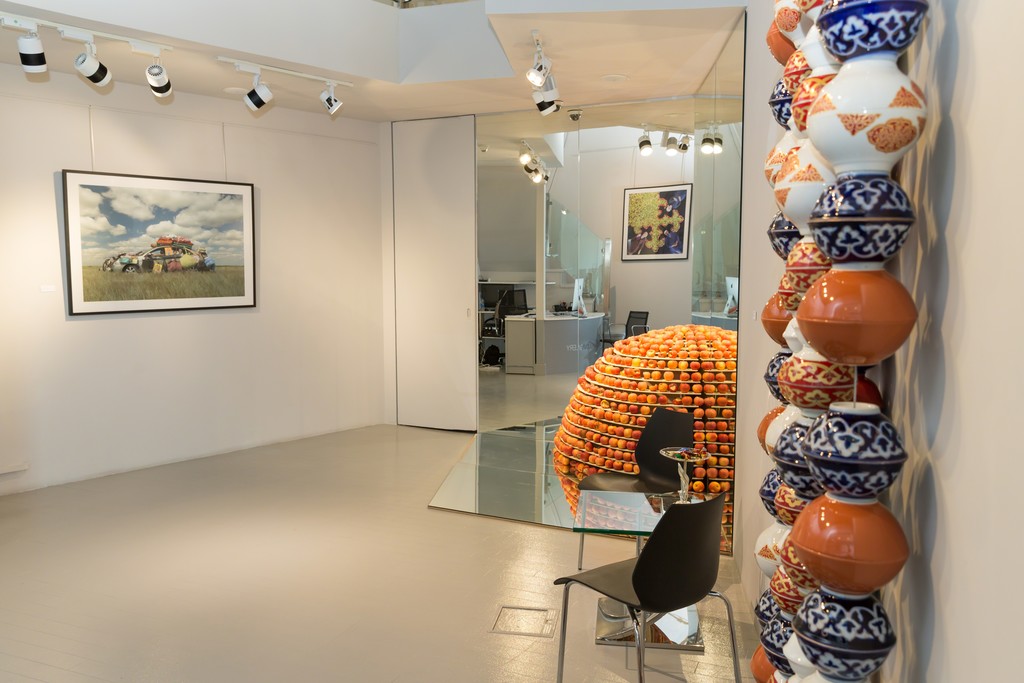 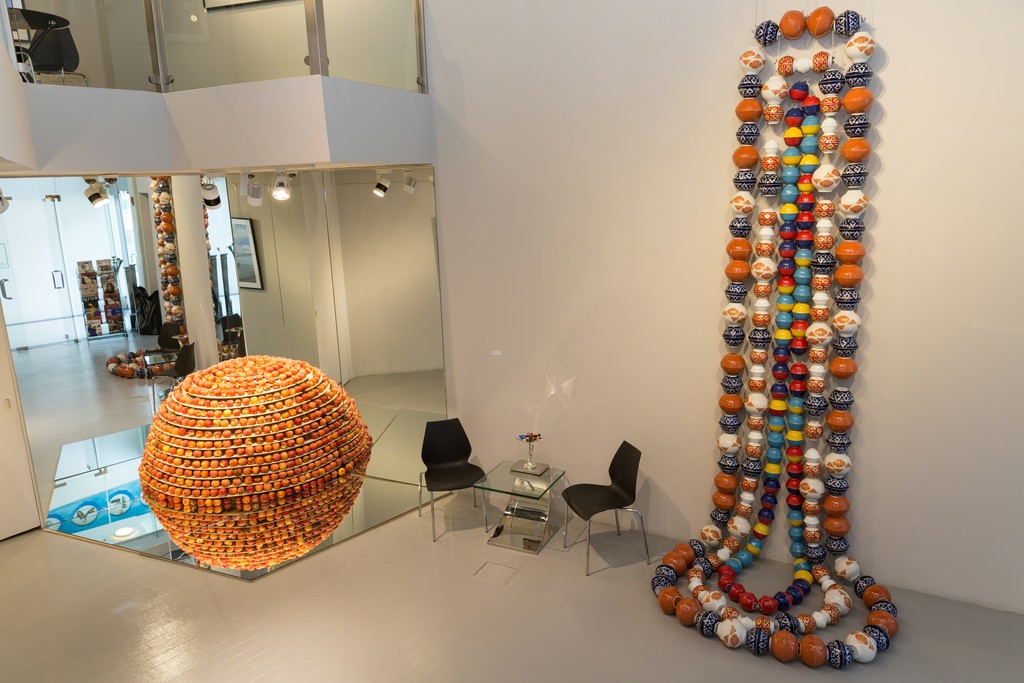 Askhat Akhmediyarov – presents a solo show Malus Sieversii. The wild apple of Kazakhstan is named Malus sieversii after the botanist Johann Sievers who was the first to describe the species in the late 18th century. The woodlands stretching from western China across northern Kyrgyzstan and Uzbekistan, and right down to south Kazakhstan are dominated by the wild apples that gave the former capital of Kazakhstan its name: Almaty, or “Fatherland of Apples”. Nowhere else in the world do apples grow as a forest that literally surrounded the ancient city of Alma-Ata. Where wild apple trees once grew along streams and fence lines, now there are condominiums, shopping malls, and international banks in their stead. The wild apple habitats have dramatically declined in the area since the 1980s. Ironically, most of their former habitat has been intentionally planted with European cultivars of domesticated apples.

Akhmediyarov presents us with a Kazakhstan in transition, a country caught between two worlds. Askhat Akhmediyarov’s practice plays on various forms of modernity — television, consumerism, urbanisation — into "traditional" Kazakhstan.. He works in different media including video, performance, installation and photography, to investigate the influence of Western culture on Kazakh culture and the way in which Western culture is expanding in Kazakhstan. In April 2016, Askhat Akhmediyarov, mounted his first major exhibition Singular Plural, in the National Museum of the Republic of Kazakhstan where the artist included the works of last 4 years: performances, photography, installations, videos and paintings.