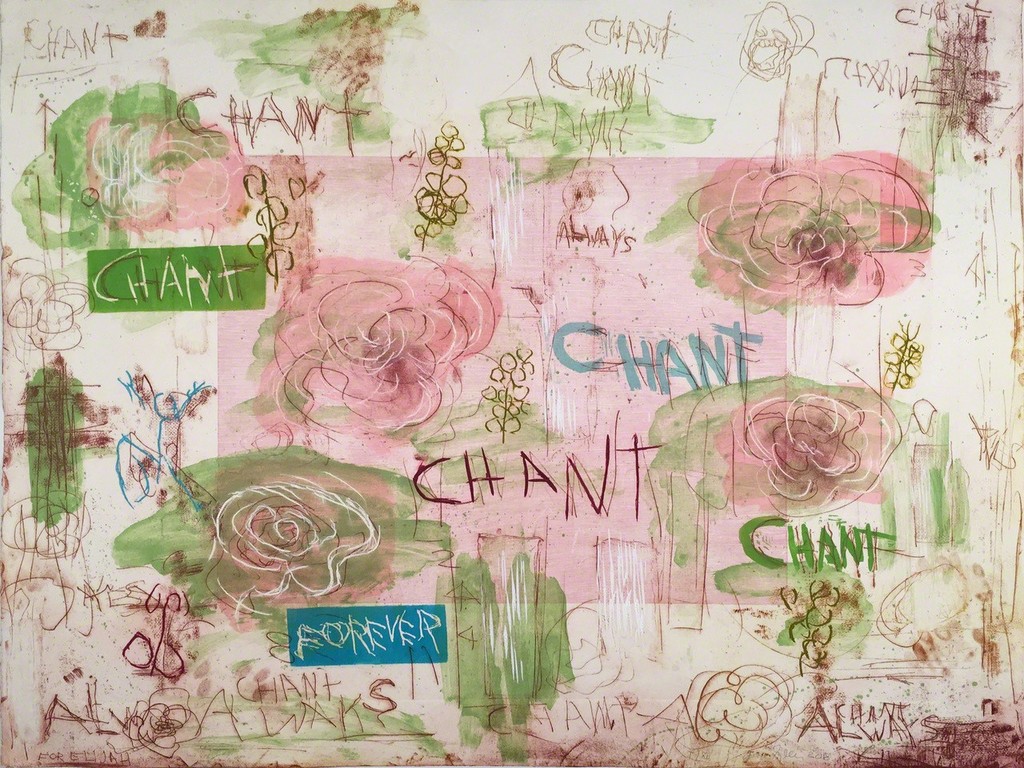 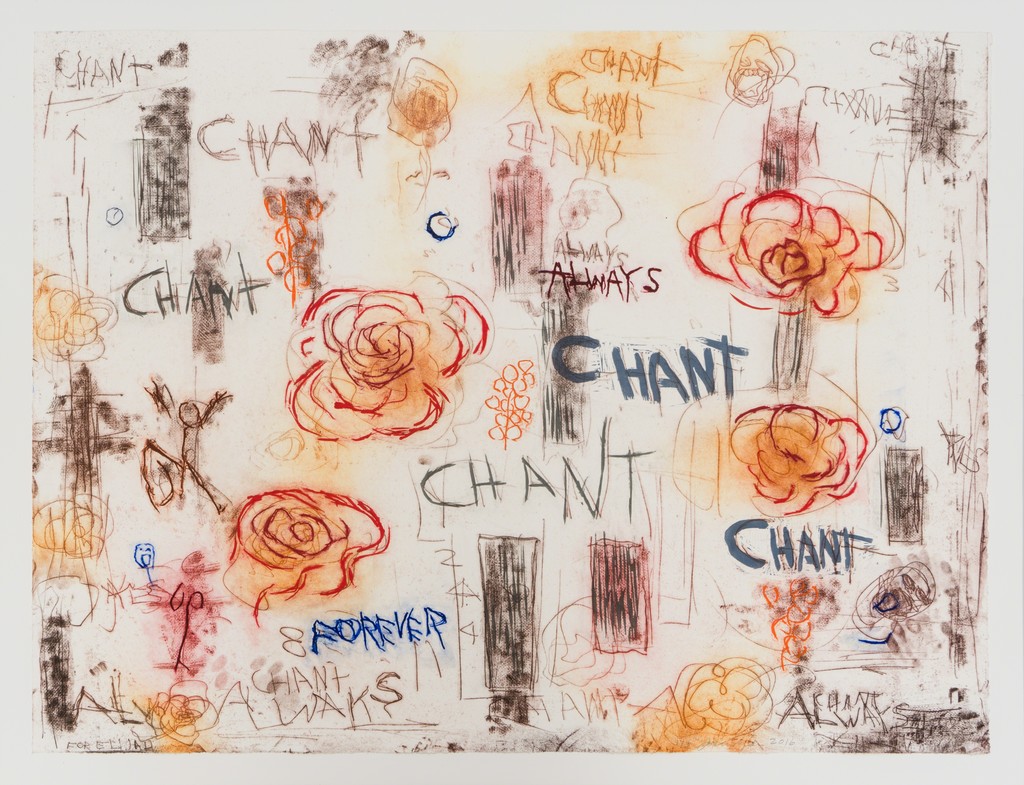 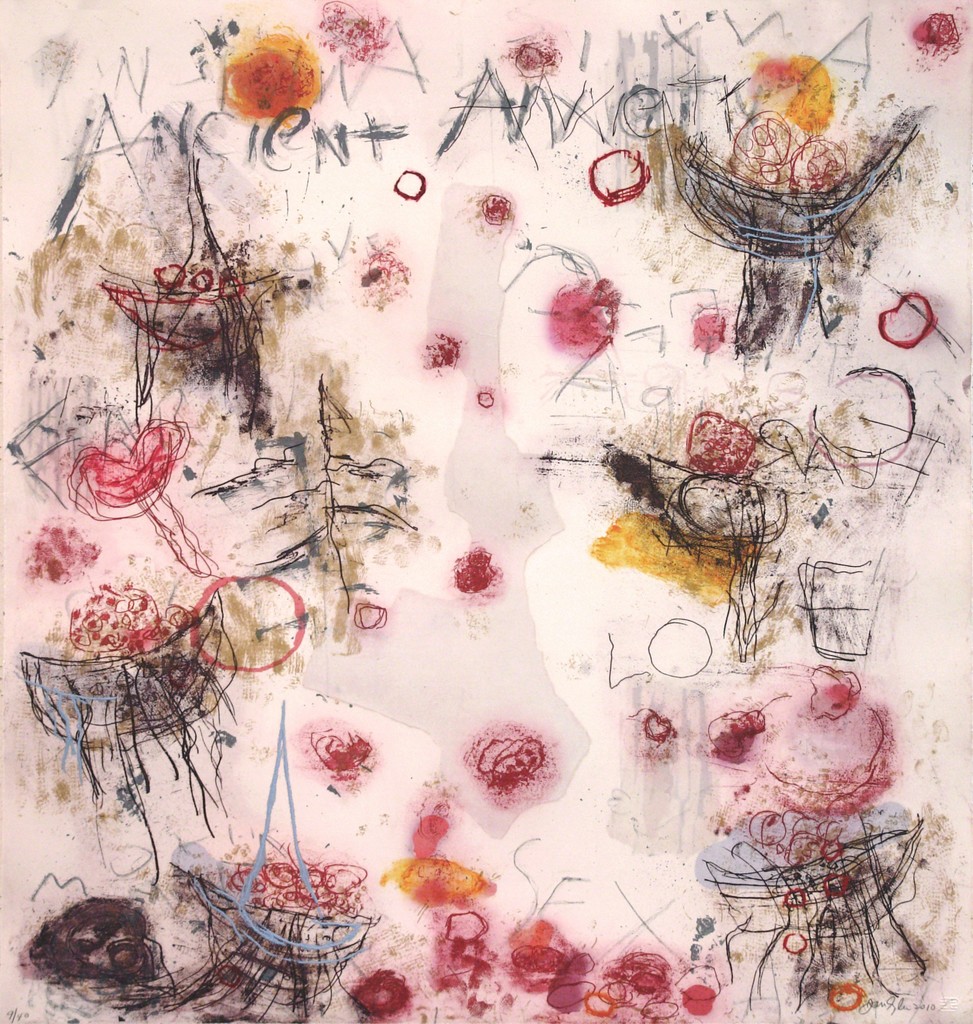 Anders Wahlstedt Fine Art is pleased to present Joan Snyder/"Selected Prints: 1975-2018," an exhibition of eleven of Snyder’s most important prints. The show features highlights of her printmaking activity from the 1970s onward, including her newest, “hot off the press” print, "Chant/Forever" (2016-18).

Since the outset of her career, Joan Snyder has been adventurous in her approach to printmaking, particularly in etching and woodcut. In the 1990s, she began combining different printmaking techniques and color applications in boldly untraditional ways, often making varying impressions with an open-ended inventiveness within editions that are ultimately complex to produce. Snyder’s art has always been informed by nature, by the landscape, and deals with deeply personal themes, among them female sexuality, mortality, and social injustice.

The exhibition opens with Snyder’s 1975 intaglio print "Imagine," a tantalizing black-and-white image combined with words expressing excitement about pink flesh, beauty, symphonies, bodies and souls – an intimate blending of her work and life inspired by a Frank O’Hara poem. Other featured works include the powerful color woodcuts "Mommy Why?" (1983-84) and "Things Have Tears and We Know Suffering" ( 1983-84); "Field of Flowers" (1993), a monoprint that is a sorrowful response to AIDS, death, and grief; and "My Work…" (1997), a masterful combined color intaglio and woodcut fusing female sexuality and sensibility with passionate creativity. Snyder followed these prints with "…and acquainted with grief" (1998), her largest print and a technical tour-de-force bursting with color; two variant impressions from the monoprint series, "33 Madrigals" (2001) displaying a harmonic vibrancy; and "Altar" (2010), which presents words and dissolving letters amid falling blossoms, cherries, and seedpod forms to evoke aspects of life and aging.

“Joan’s art is autobiographical and serves as a visual diary. Her prints, like her paintings, explore and expose her anxieties and passions, as well as strongly express her feelings of joy, rage or sorrow,” notes Marilyn Symmes, who organized Snyder’s first major print retrospective exhibition in 2011 and authored its comprehensive companion book, "Dancing with the Dark: Joan Snyder Prints 1963-2010," for the Zimmerli Art Museum at Rutgers, The State University of New Jersey. Symmes goes on to note that “Her background as a painter is evident in her execution of prints, which are full of textured, gestural forms and painterly applications of vivid color. Snyder’s process and approach to printmaking is unorthodox. Many artists who make prints work with just one master printer and oversee the execution of their work at a distance, but Joan is intimately involved in the creation of every detail, restlessly experimenting with the treatment of each visual layer.”