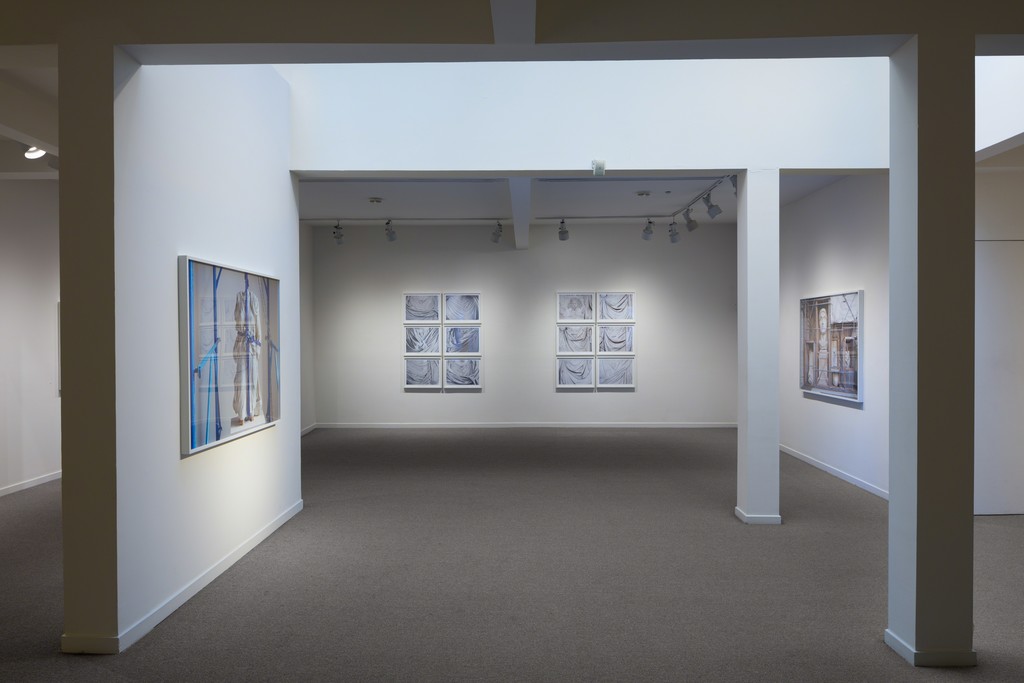 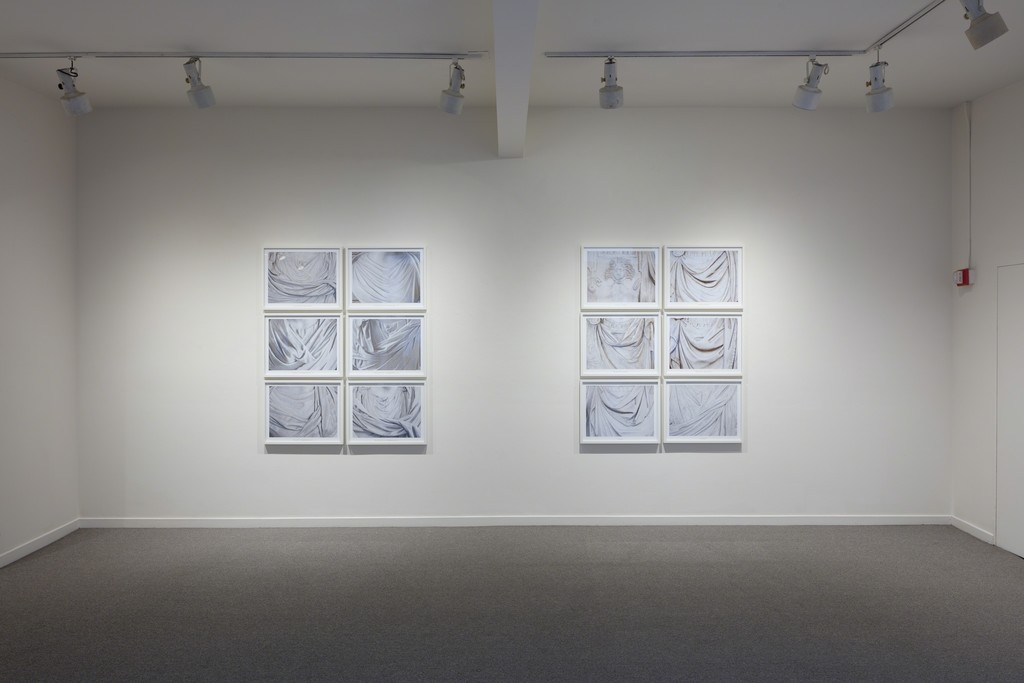 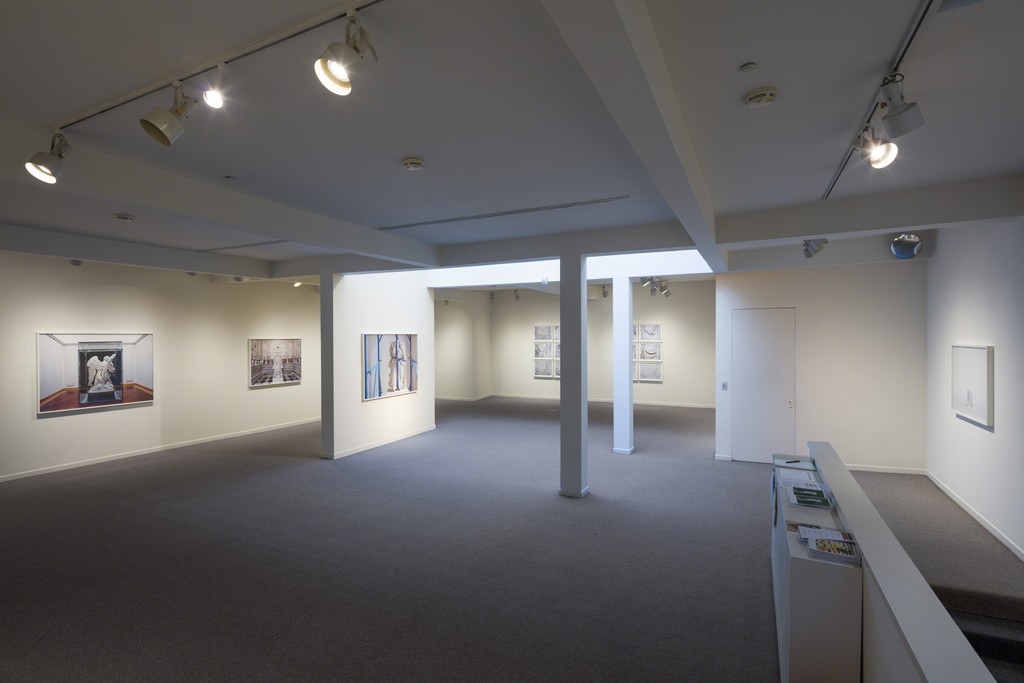 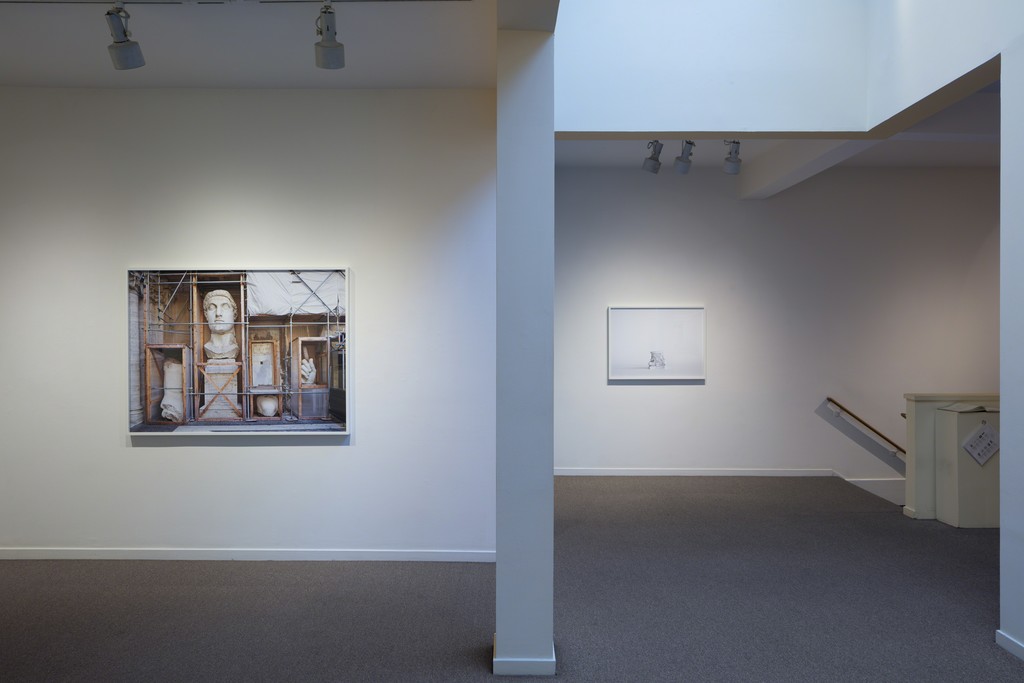 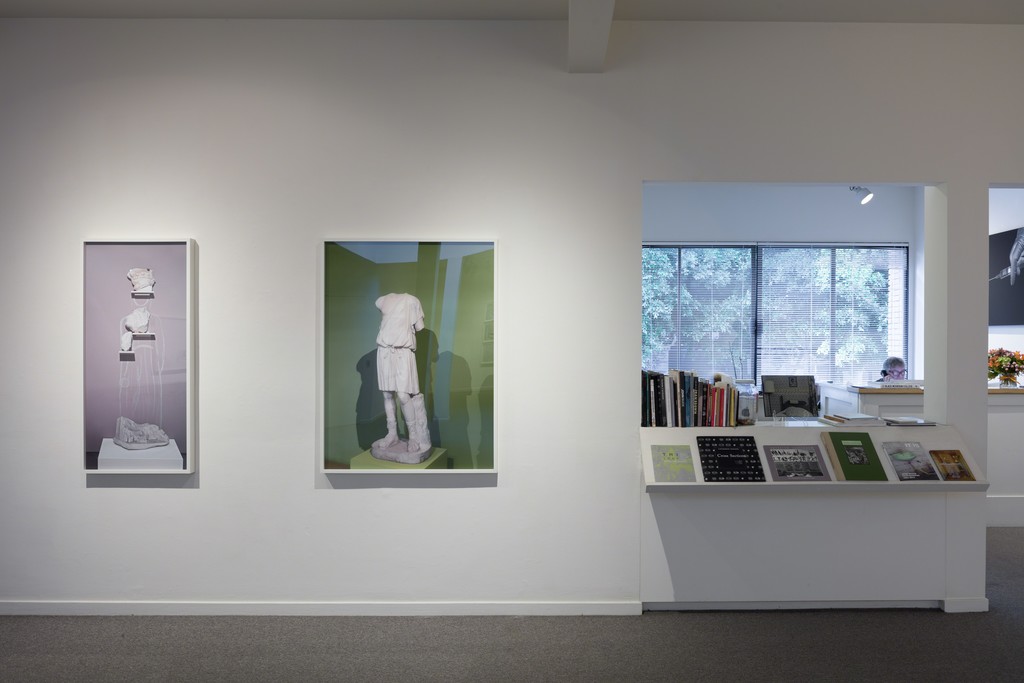 Conceived during Wagner’s Rome Prize residency at the American Academy in Rome (2013-14), the Rome Works take as their subject classic Greco-Roman statuary and marble as the medium of Classical Rome. They address the lasting permanence of Antique Rome, both materially and as metaphor, and the function the figures serve as part of the impermeable foundation of Western culture. Wagner’s photographs investigate meanings embedded in these forms, while overturning conventional interpretation of their historical origins.
Wagner’s conceptual practice involves observation and interaction. In Rome she intervened in museum presentations of antique statuary: For example in public exhibition areas she changed lighting, removed the trappings of museum convention (signage, barriers and stanchions); in the conservation areas she focused on overlooked details in the statues’ care and movement. The photographs reframe banal gestures and moments held within the artifacts.
Wagner’s two suites of ‘bust typologies’ show the female and male groupings stripped of their facial identities. The photographs evidence the abstracted tactile materiality of their garments. The artist also reveals that the iconic male busts are all annotated by name while the busts of women are grouped per their gender, femminile.
California artist Catherine Wagner has observed and photographed the systems within daily life for over thirty years. Working internationally, she focuses on the cultural constructs in both their physical and symbolic manifestations. Her images insightfully examine environments from museums and science labs to private homes and Disneyland. Recipient of the Rome Prize, a Guggenheim Fellowship, NEA Fellowships and the Ferguson Award, her works are in major public and private collections, including the LA County Museum of Art, San Francisco MOMA, the Whitney Museum of American Art, NY MoMA, and the MFA Houston. Publications of her work include American Classroom, Art & Science: Investigating Matter and Cross Sections.