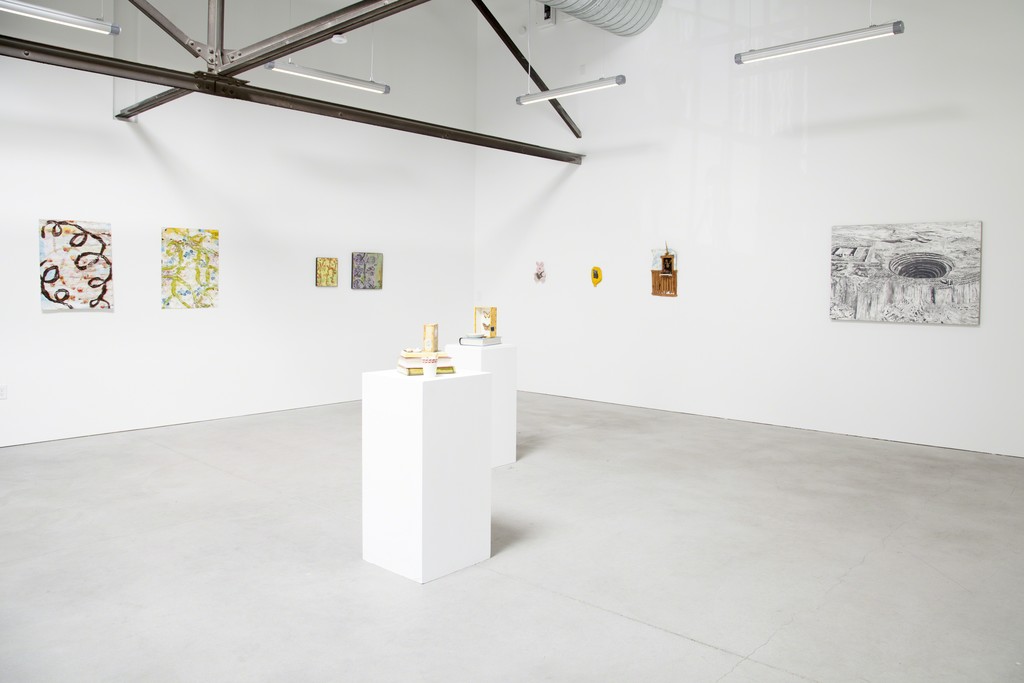 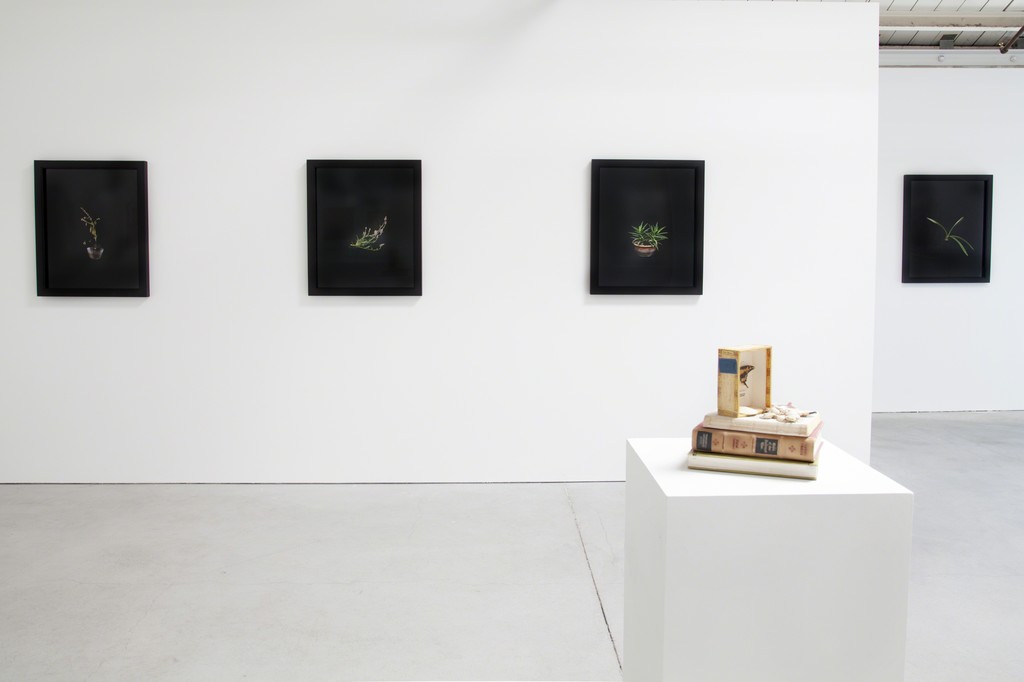 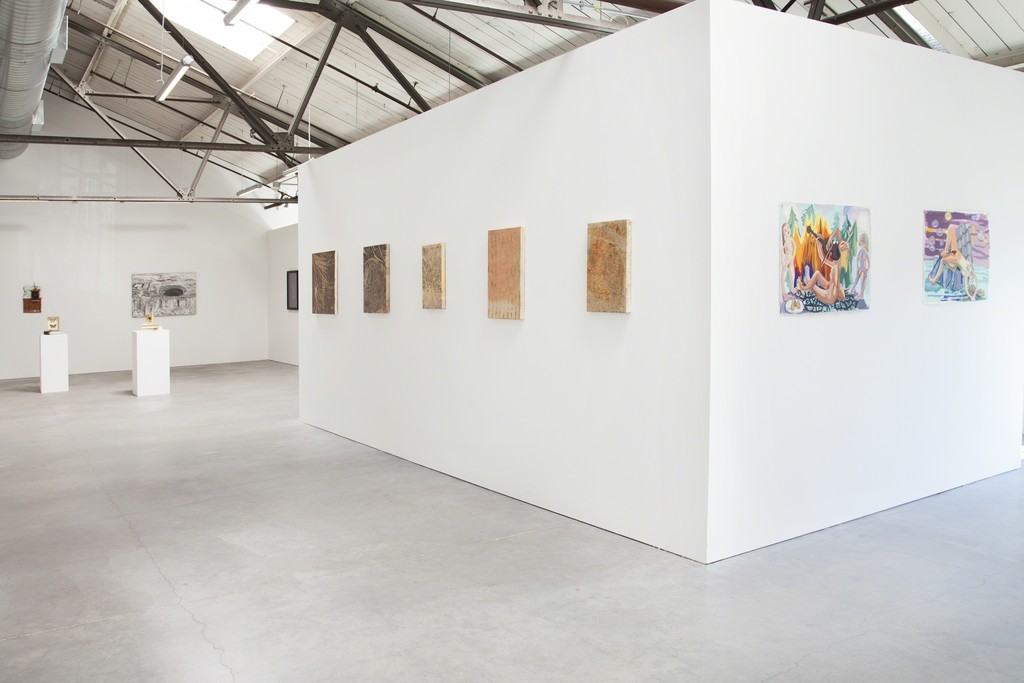 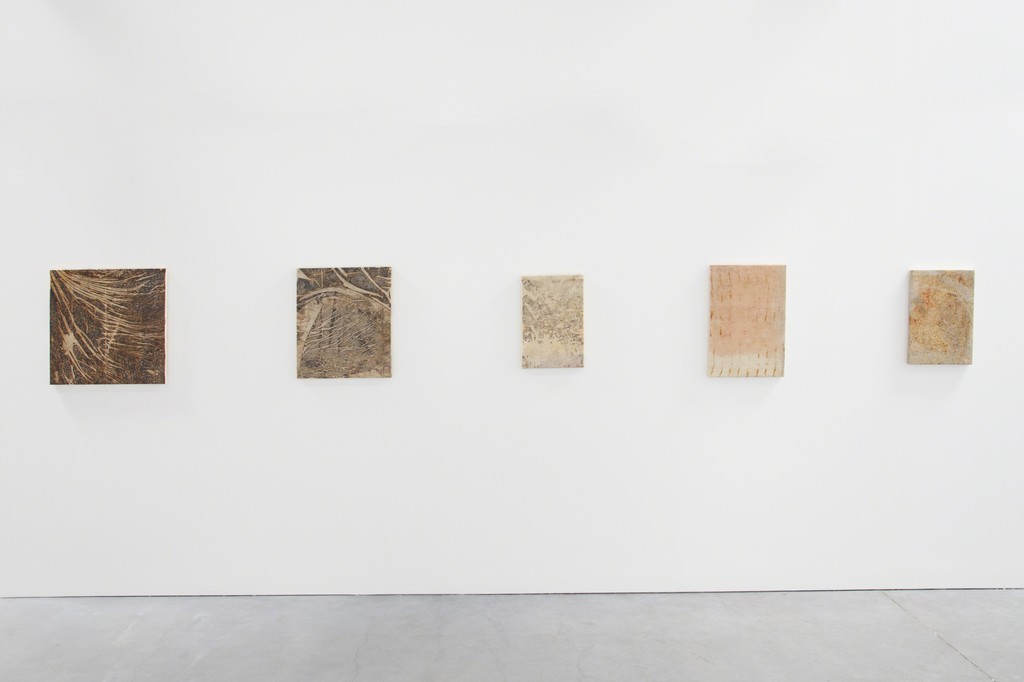 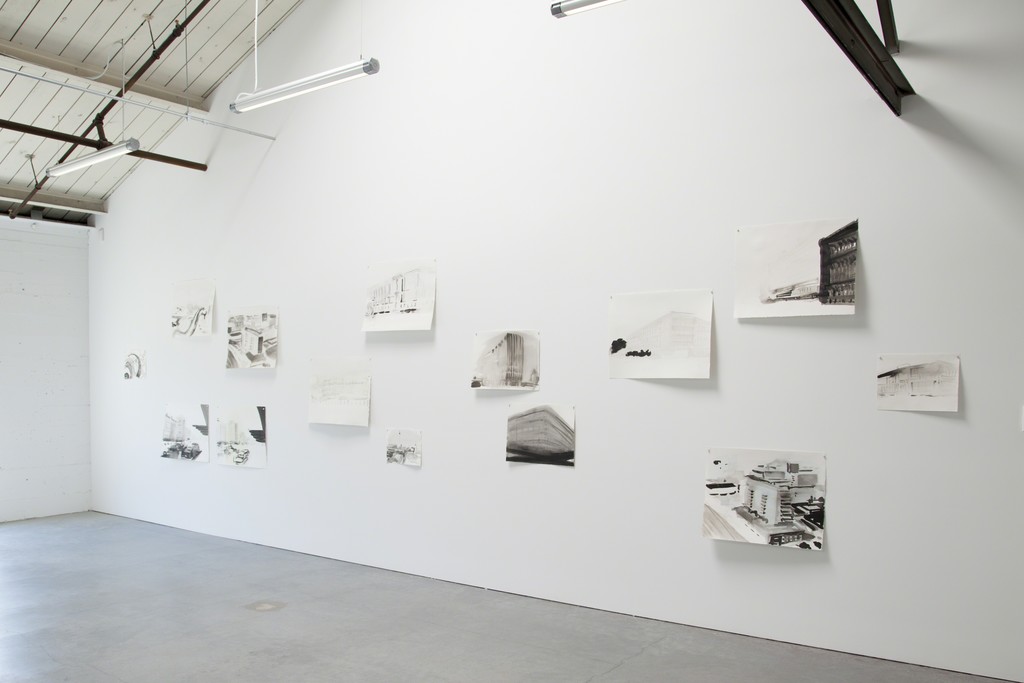 ORDER & NATURE provides a forum for artistic attempts to understand, marvel at and organize nature. Observing or subscribing order to nature provides a fascinating spectrum of methods to artists. Key to finding our place in it, examining nature and representing it are creative activities inspiring deconstruction, distillation or imposition of the artist’s sense of order.

Dean Byington envisions landscapes that illustrate humanity at work on nature. Building, mining, growing and harvesting are activities referenced in elaborate and fantastically precise paintings on canvas. The painstaking craft and detail in Byington’s paintings speak to the intense and specialized labor imposed on the planet.

Jerome Caja (1960 - 1993) created work from found debris and discarded objects found at thrift stores. Ironically positioning himself as an un-natural being (a gay man who did performances in a deliberately careless and comic drag), he satirized a sense of natural and sexual order (and Christian morality.) In narrative paintings and spoof-icons, rendered with nail polish and makeup, he likened sexuality to the prey/predator dynamic of the animal kingdom. His painting Rhododendron Dell, the setting for anonymous sexual encounters, is painted on refuse, a battered plastic bottle.

Judith Linhares has made paintings of strong women in nature for decades. Staging figures with a sense of their brute physicality in fairy-tale settings of rocks by the sea, the forest, a farm, Linhares builds richly colorful lore around the nature of things. Representing the dream-like magic that nature evokes, she celebrates distortion and the lack of measure.

J. John Priola’s photography offers delicate emblems for a narrative, leaving the actual story of the picture’s subject to the viewer’s imagination. In Priola's new color photographs shown in the exhibition, his subjects are house plants, each one cared for by its owner. The images portray the result of nurturing and, inadvertently, the owner’s sense of order and caring.

Richard Shaw’s intricate trompe l’oeil porcelain sculptures are permanent stand-ins for creative arrangements of a moment. Perfect in scale and hyper-real detail, they crystalize memory; the human impulse to classify and display is delicately ossified in clay. The exhibition features two works referring to the capture and collection of natural souvenirs.

Canan Tolon’s paintings using rust cultures employ the accidental mark of rust developing outdoors. Arranging pieces of metal on plastic and letting them rust in the rain, she then transfers the marks onto canvas sealing the development of the oxidation. Asserting her own control in the composition yet releasing it to the actions of nature and weather is a practice not unlike the give-and-take of the human condition.

Pamela Wilson-Ryckman’s watercolor and ink drawings in the exhibition are images of Berlin. Fluid and dissipating, the works portray the architecture of the city, especially the buildings of the Prussian State architect Karl Friedrich Schinkel. As the symbol of power and order in the Prussian state and later German Republic, the austere architecture was the ultimate expression of triumph over nature.