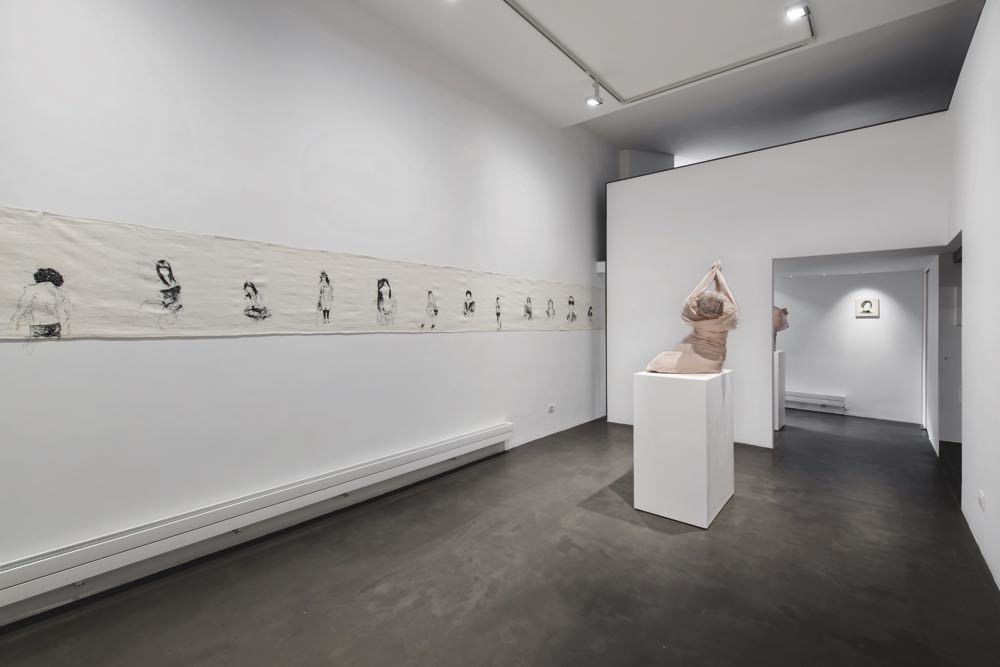 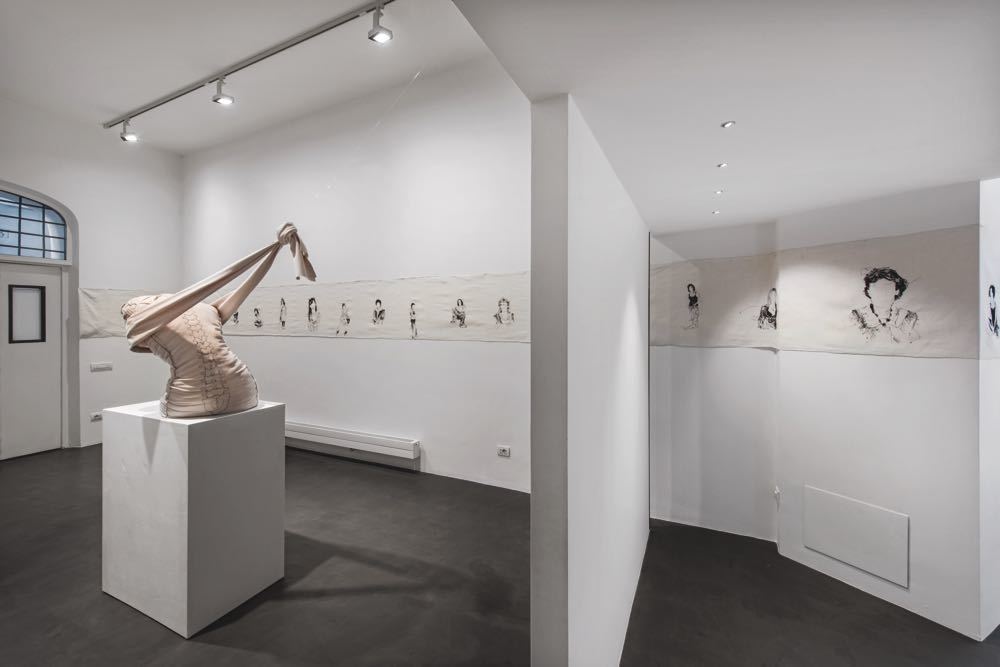 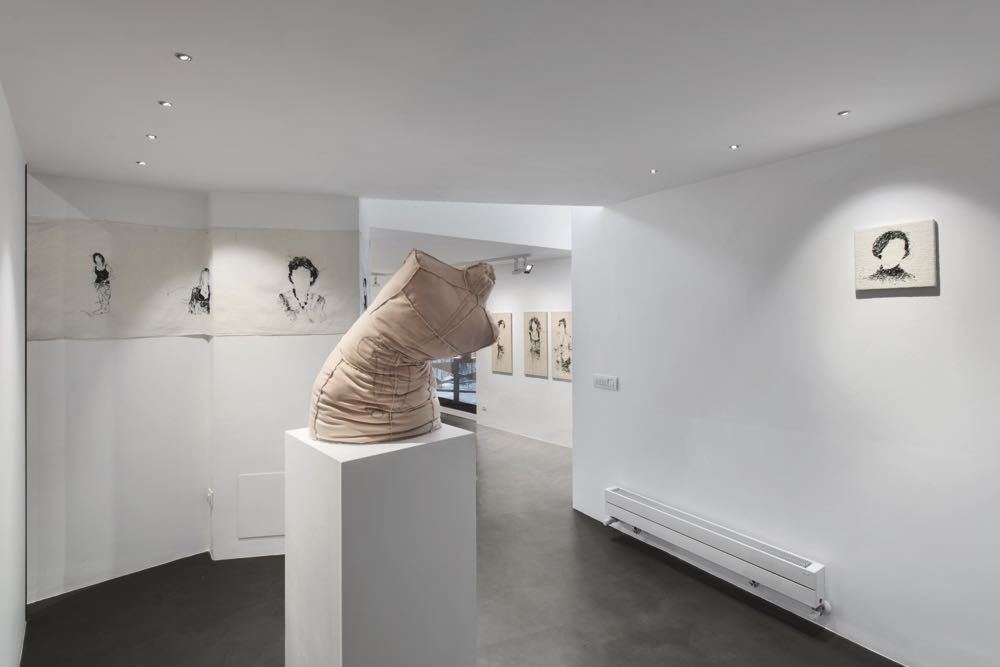 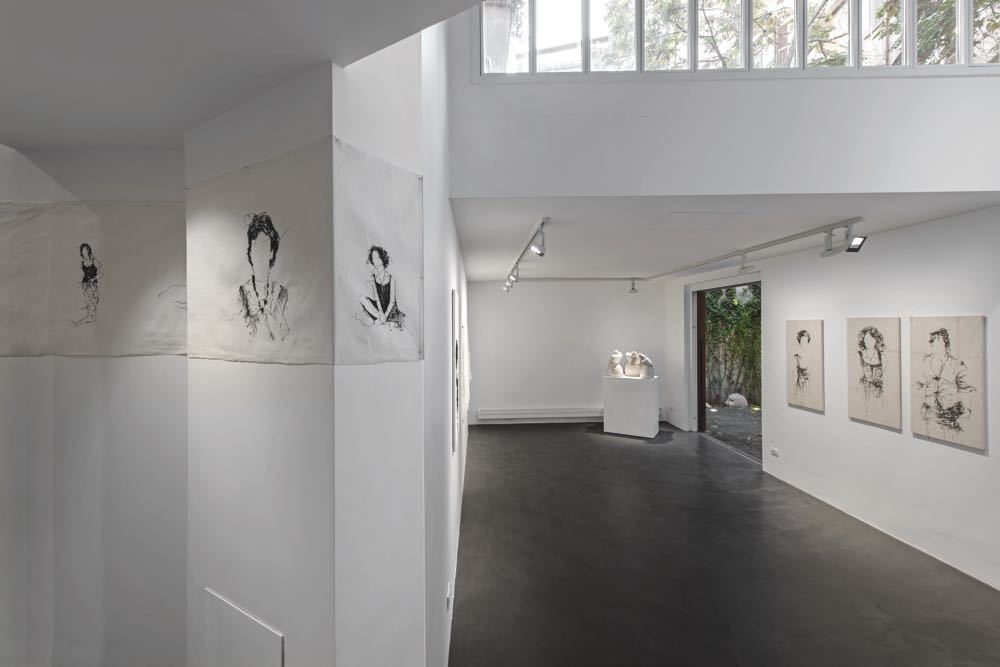 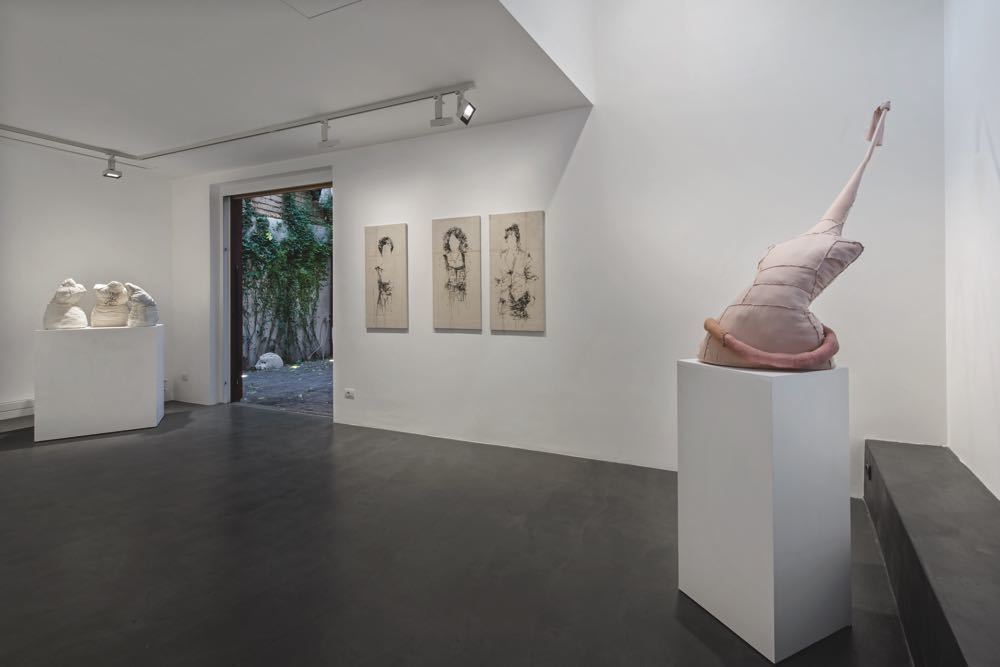 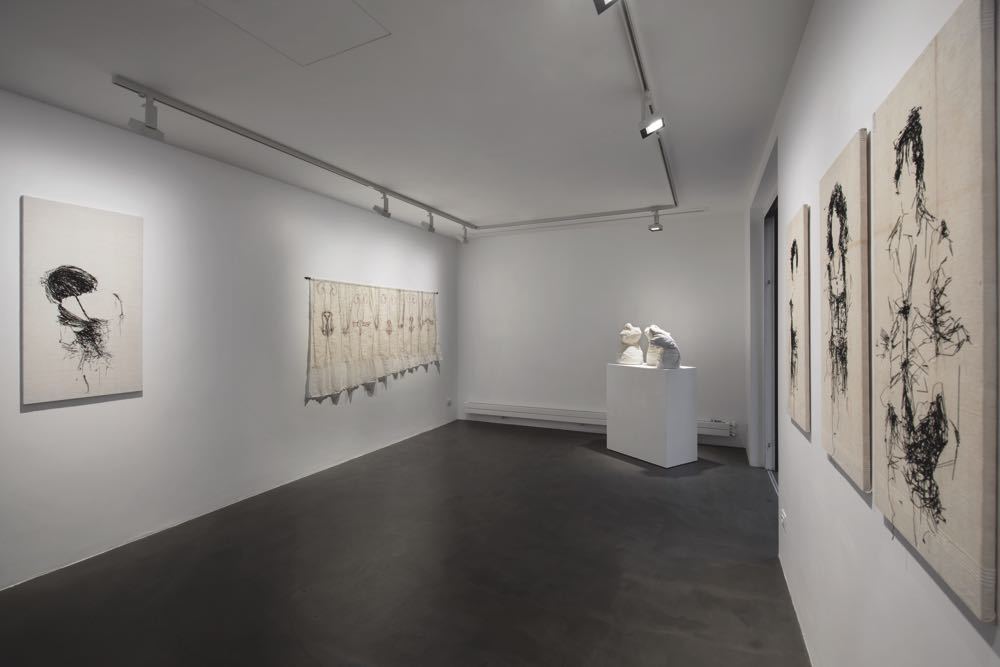 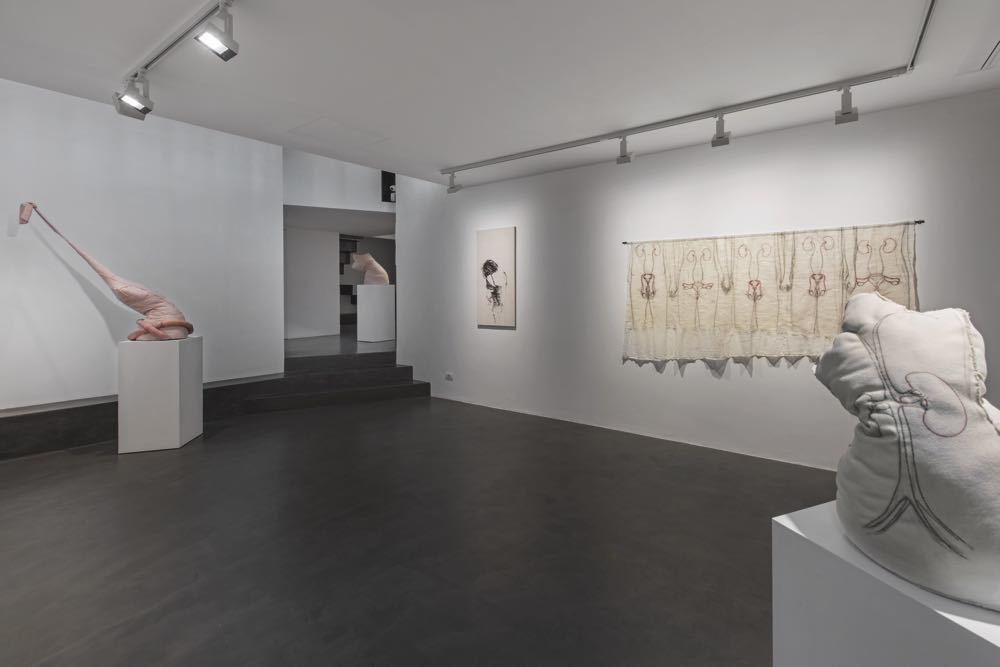 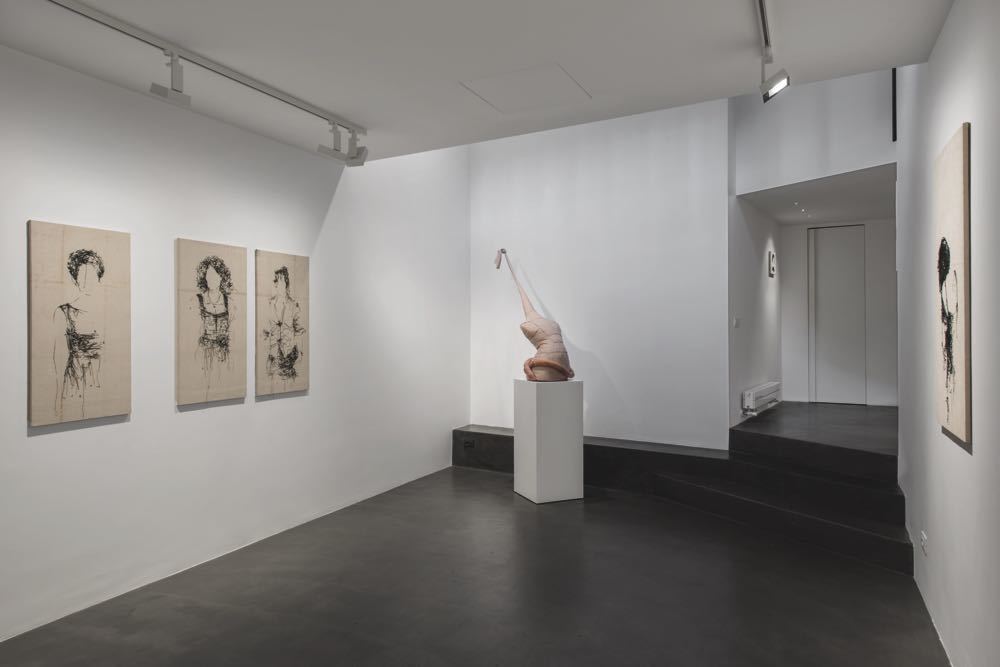 The cycle "Focus on", dedicated to emerging artists and new research, continues in the gallery annamarracontemporanea with Double sign, exhibition curated by Lorenzo Respi which opens Thursday, November 13 and which supports the recent work of Elena Nonnis (Rome, 1965) and Chiara Valentini (Fermo, 1981).

The double solo explores the world of the female body, its fragility and its exclusivity, as well as its intimate connection with the soul, that of many women who are victims of a fate that has marked their lives forever.
Two artists, two generations, two experiences are condensed in a couple of forms of expression autonomous and independent, yet related, combined with the use of a common hallmark, that of the needlework. The yarn gives to the fabric woven a deep narrative meaning and a strong critic assumption. From the plots of the works - canvas and sculptures - emerges silent denunciation of the violence that women often do not tell out of fear or shame.
In the sculptures in embroidered fabric Chiara Valentini blends the archetypes of classical statuary with the anatomy suggestions of female bodies. The young sculptor explores the conflicting and often violent relationship between the beauty of femininity and the exploitation of her sensuality. The suffering and mutilated forms of the busts, the ostentation of the sexual apparatus and of the vital organs and the softness of the materials of sculpture combine to give substance to the vulnerability of many women, mute, bent in their grief.
The portraits on canvas by Elena Nonnis are faceless icons, from the unrecognizable features, dashed with a markedly suggestive sign. The geometric segments and the broken lines subtend an incisive sign that calls the suffered mistreatment and the resulting scars, both physical and psychological. The artist presents a theory of characters who reappear from personal memory and come back to life through the experience of sewing: there are many women who have experienced the tragedy of violence and have been able to react, others are victims who have not had the strength to redeem still others are universal models of common people.
Using their strong artistic and human sensibility, Elena Nonnis and Chiara Valentini lead us to reflect on the delicate topic of abuse - unfortunately still extremely relevant today - in all its aspects, to which you can react together.