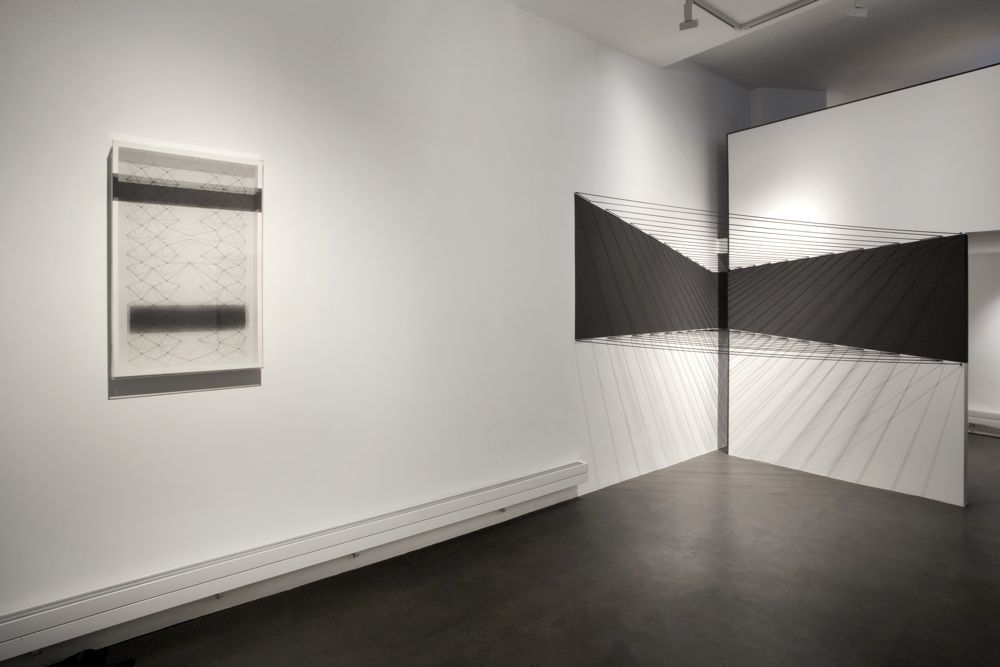 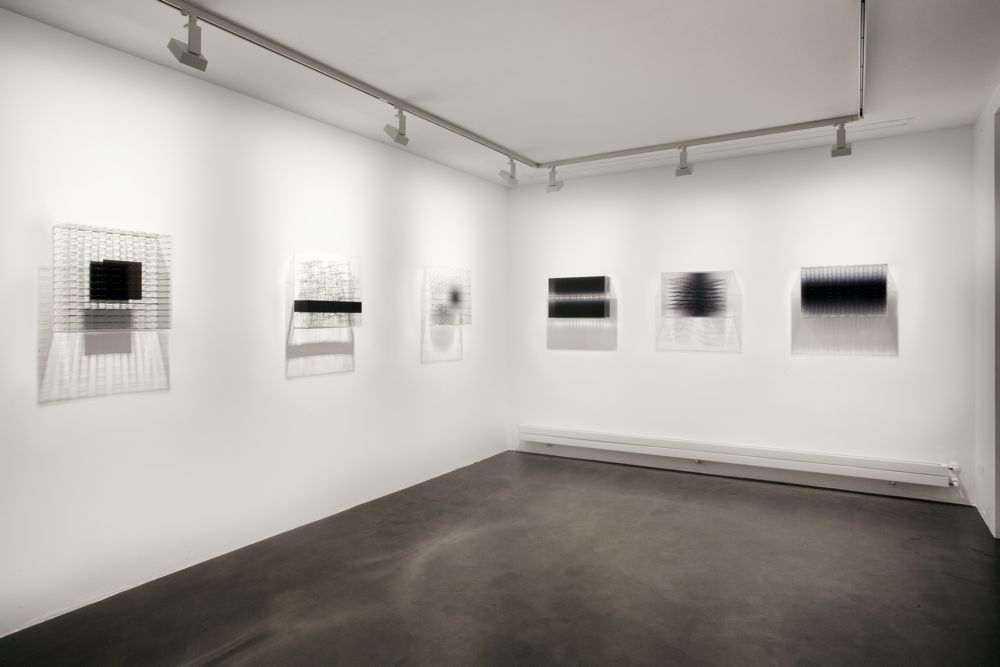 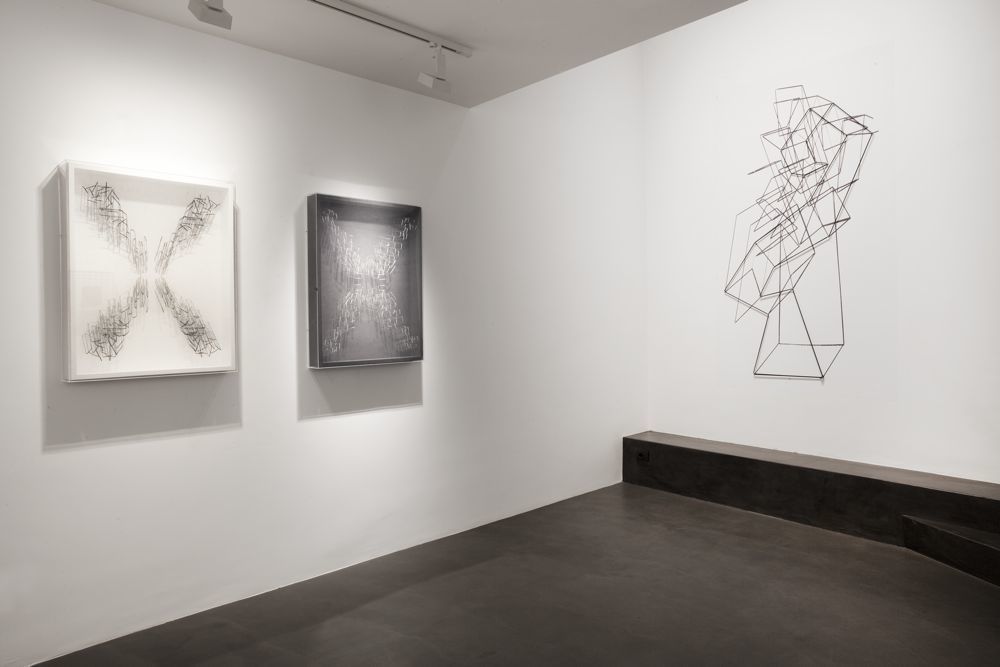 Her recent sculptures overcome the transposition of a preordered mental scheme that by means of distention and the warp of an elastic or cotton thread takes on the form of planes and volumes. Today the artist questions the rigorous patterns of the threads, the study of the angles and the juxtaposition of Plexiglas and tarlatan surfaces that build a severe and rational perspective structure.
In the works created for the exhibition in Annamarracontemporanea Fiorelli’s language has changed. The extreme formal rigour that had always characterised her sculptures has entered into a crisis. The line is no longer taut but slumps in on itself to the point that it loses structural tension and its ordering faculty: orthogonal geometries collapse and twist, parallel planes vacillate and collide and wide black fields expand over surfaces nullifying a correct depth perception and cancel the architecture of the sign. The sculptress dexterously follows her unusual creative impulse, constructs complex, swirling patterns, aware she is arriving at a point of no return – precisely the event horizon – beyond which order and disorder will merge into the unity of the work.
The imaginary boundary of the horizon that is continually moving back, inevitably hiding the unknown and so concentrates into itself an immense creative energy, that centrifugal and centripetal force – a physical characteristic of black holes – that in this phase of her artistic development Fiorelli feels the need to reorder and interweave into novel, dark coloured, swirling sculptural forms.
The architectonic dimensions of a sculpture on an environmental scale is fully expressed in the large installation “Senza titolo (without title)”, 2014, specially conceived and created to invade the entrance hall and access area of the last room of Annamarracontemporanea. Exploiting the two joining environments, Fiorelli reorganises their internal volumes and transforms the space into a static support for her installation. The sculptress is thinking like an architect, she plans in advance and then identifies the most suitable technical solutions to guarantee the expressivity of the “site specific” intervention.