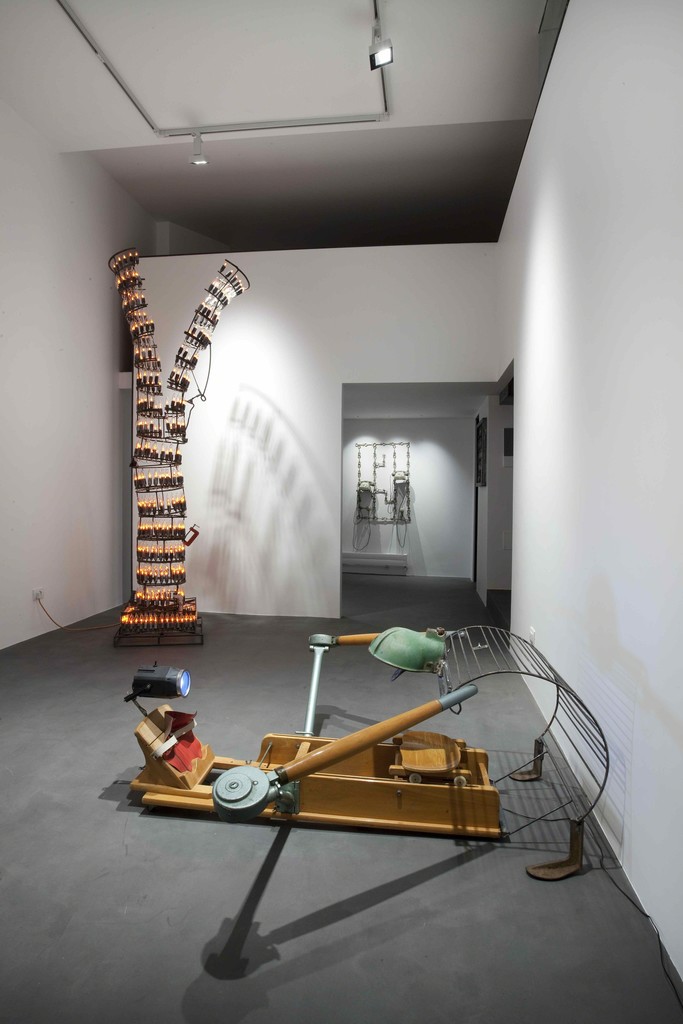 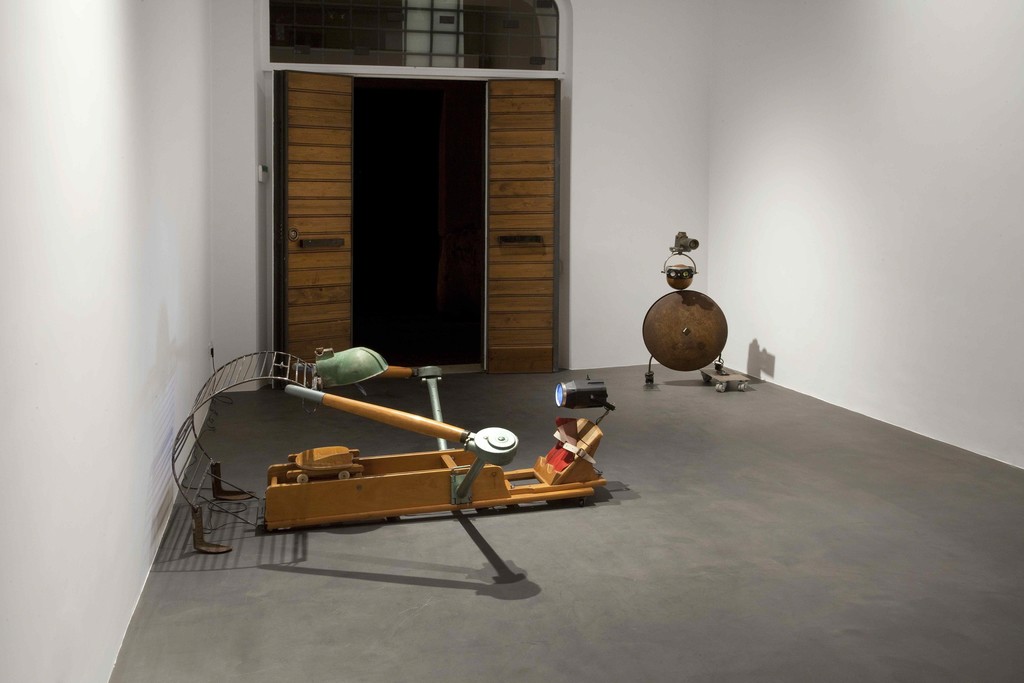 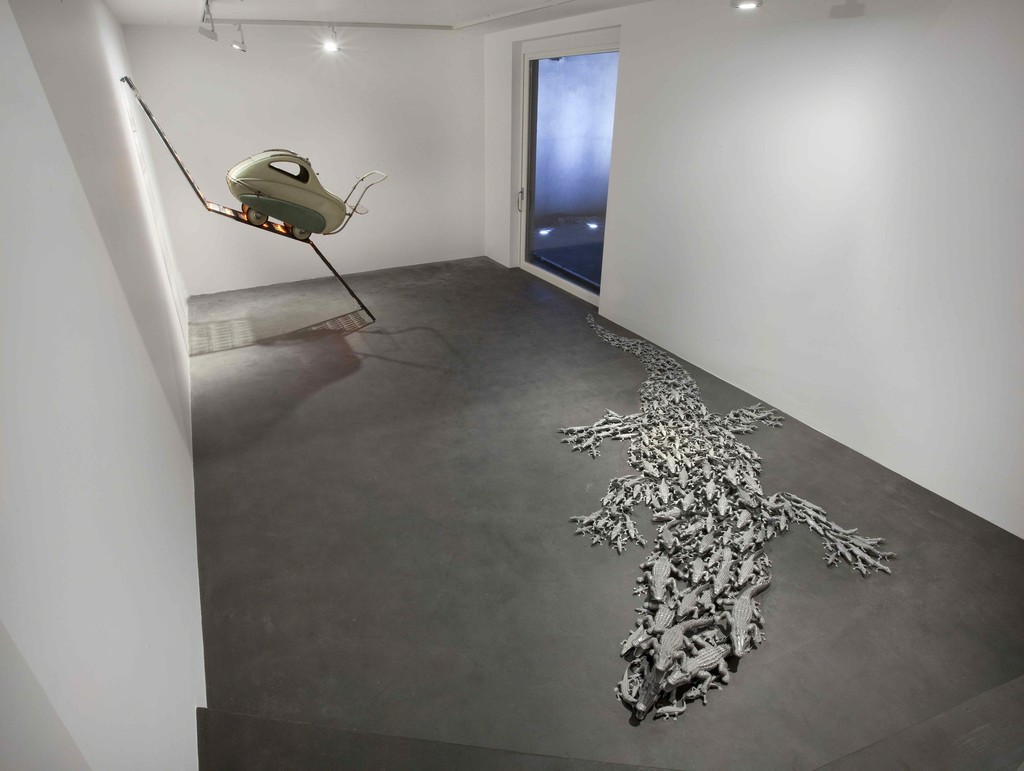 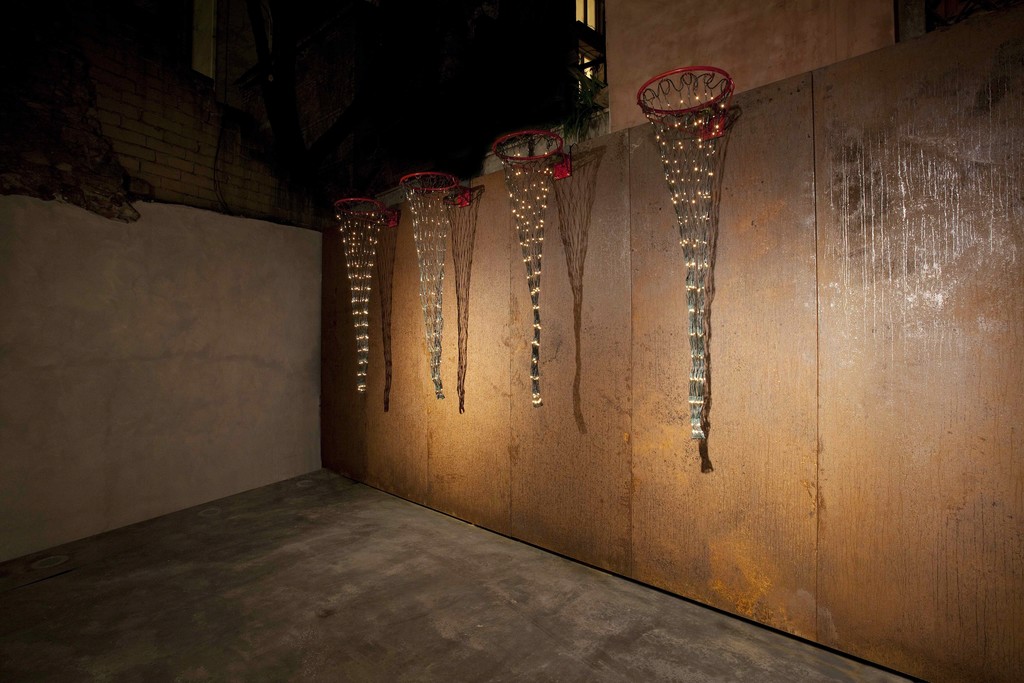 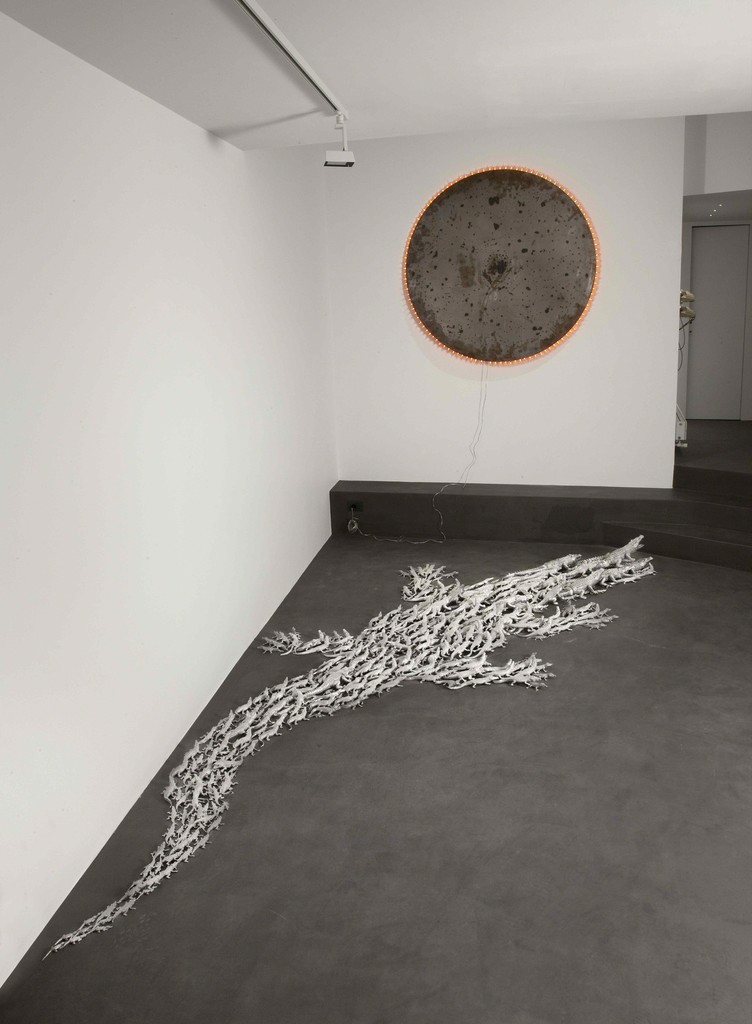 Thursday, 31 January 2013 the new exhibition space Anna Marra Contemporanea will open in the heart of the Jewish quarter of Rome (Via Sant'Angelo in Pescheria 32) with Giovanni Albanese’s one-man exhibition, curated by Achille Bonito Oliva.
annamarracontemporanea, planned after an experience of collecting and of co-direction in Mara Coccia Associazione, is a space focused on the promotion of contemporary art, with the aim of supporting the research of Italian artists also abroad, identifying a national and international network of contacts, that will allow for a wider diffusion of the most interesting artistic expressions.

The opening exhibition includes Giovanni Albanese’s most recent work, an eclectic and multi-medial artist, one of Italy’s most interesting.
In his contribution to the catalogue (published by Gangemi), Eloquent machines and Columbus’ egg, Achille Bonito Oliva describes the works as “organised on a circular program to which the public can accede though they remain at the threshold. Albanese uses technological prostheses without attempt to deceive the spectator, without promising him/her the paradise of false interactivity found in much of today’s art. His representation stems from his ability to humanize the set, the theatre, remaining within an environment which is never a space for entertainment, but one that triggers reflection and knowledge (…)
Giovanni Albanese, through this capacity of animation, removes the inanimate object from an impeded metaphysics into which much of today’s neo-objectivism falls systematically, as if it were tripped up, and raises it to absolute protagonist and fetish, isolated from any contact, the objet trouvé.
Here there are no found objects, but rather chosen objects. Every work is a family of objects related to each other”.