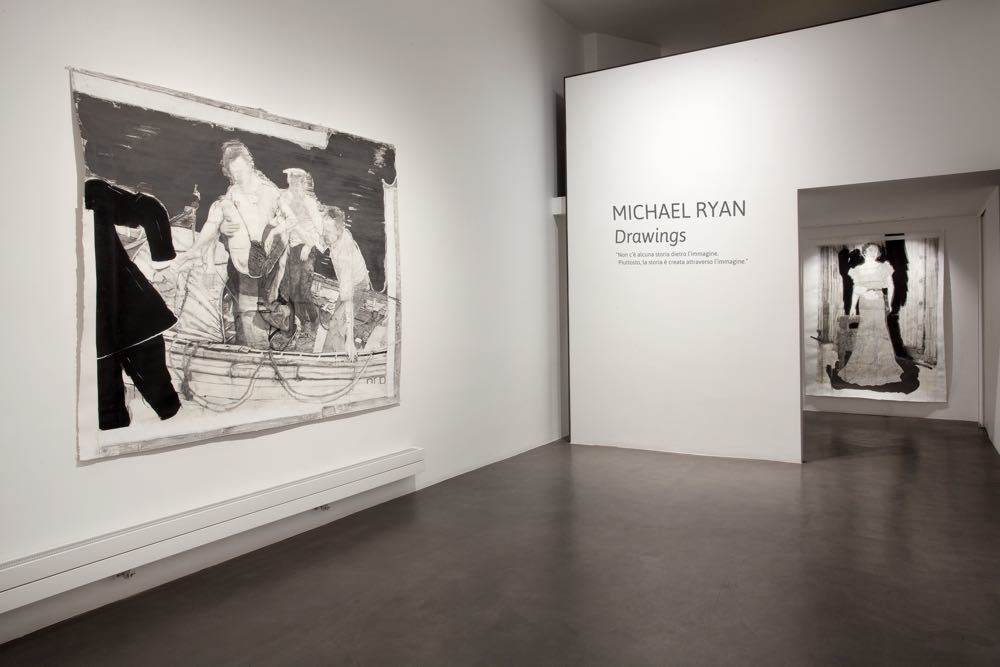 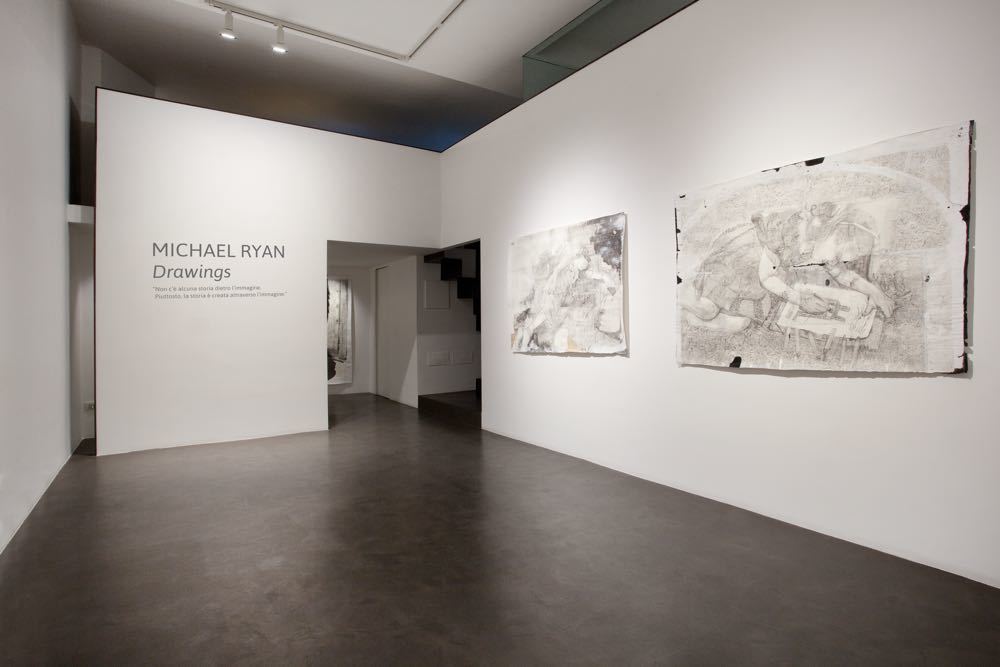 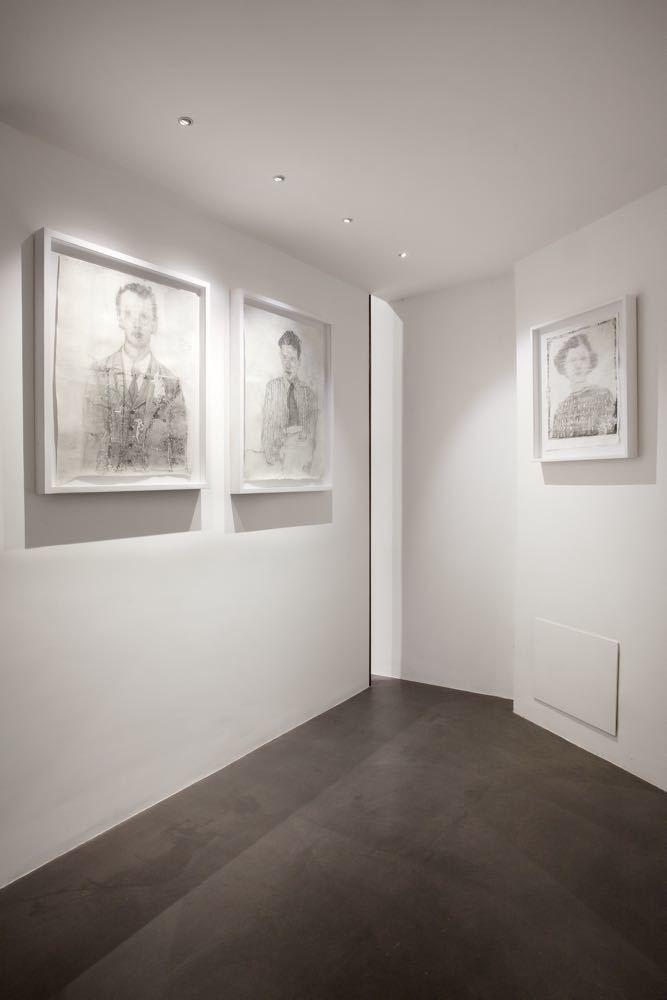 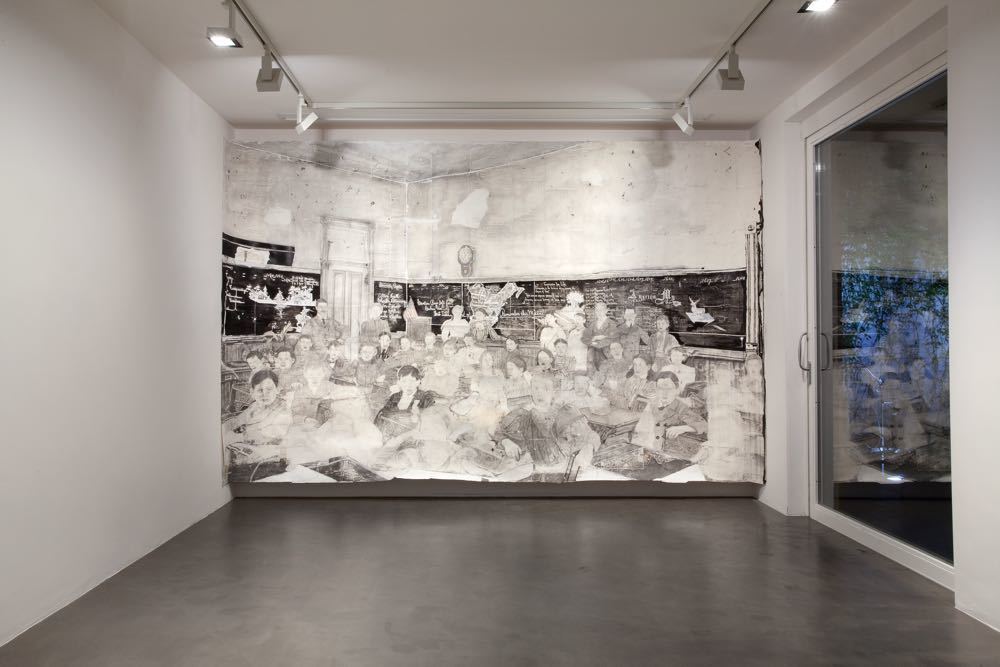 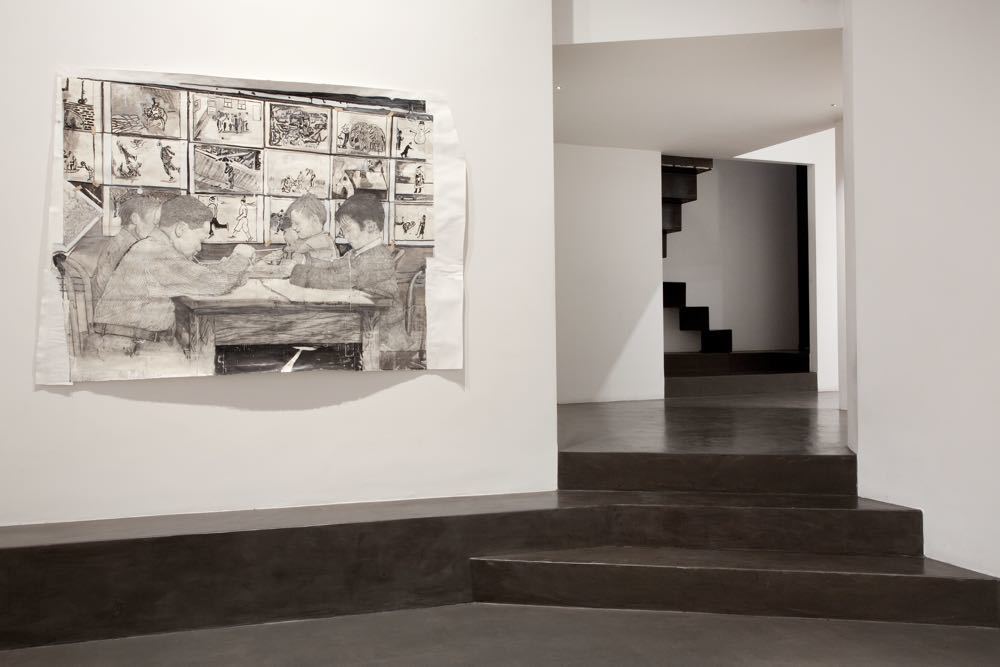 Featuring ten graphite drawings on paper depicting groups of people, individuals and situations, characteristic of Ryan’s work. His work is inspired by photographs often dating back to the early 1900’s. After choosing source images, Ryan combines their elements in a complex process of addition and alteration, resulting in a final work that invests the original documents with imagination and mystery. The old photographs are in fact used only as a starting point. Ryan’s imagination and skilled hand create evocative atmospheres, distinct identities and fragments of life that seem full of history even though they never existed.
The details marked on the paper with obsessive care; the white areas, escaped to the pencil; the sheets glued together as parts of a puzzle; the deletions; the edges ruined during the long months of preparation. These are all elements of Ryan’s work that open a door into an imaginary world where the sign works as a guide.
Ryan seems intent on revealing the surprising ambiguity at the heart of visual documentation: despite possessing a definitive record of an event, we can never really know what each participant was thinking, if anyone was missing, whether they ever saw each other again. This may be why Ryan has no interest in using well-known figures: the anonymity of each scene unmoors it from any straightforward personal or political narrative.
Rather than depicting his own personal memories, or invented cultural commentaries, Ryan chooses a preexisting image and invests it with meaning through drawing. The unconscious act of depicting a detail that is blurred or obscured in a photograph – a crumpled tie, a billowy sleeve, a skeptical expression - becomes a method of interpretation. Drawing, Ryan insists, is its own act of coding and decoding, distinct from any other form, and the information provided by a drawing must be taken on its own terms. There is no “story behind the image.” The story, rather, is created through the image, as Ryan sources, deconstructs, and builds it from the ground up.