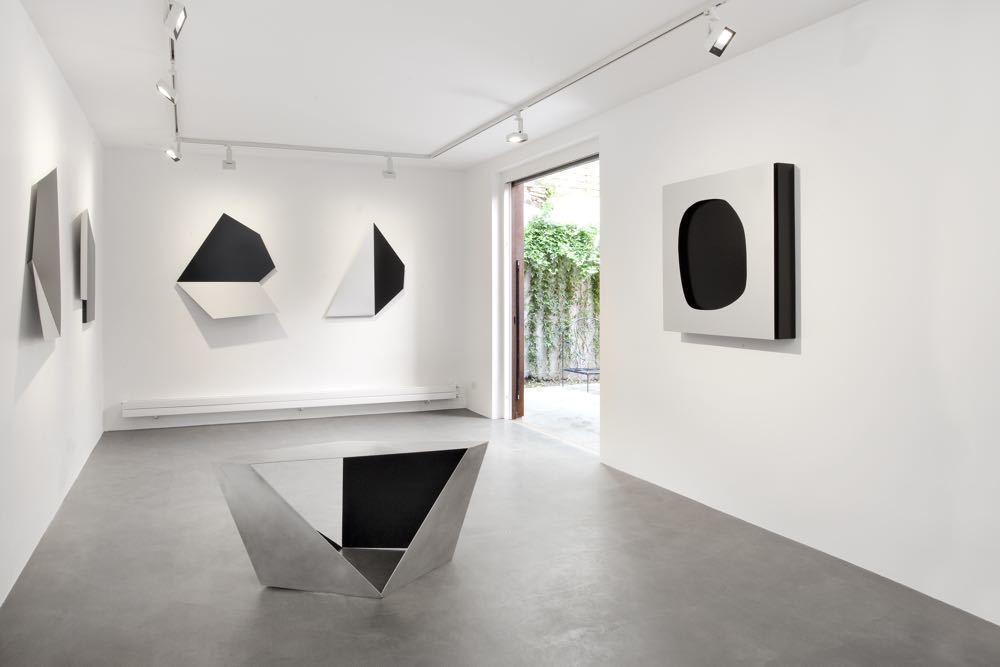 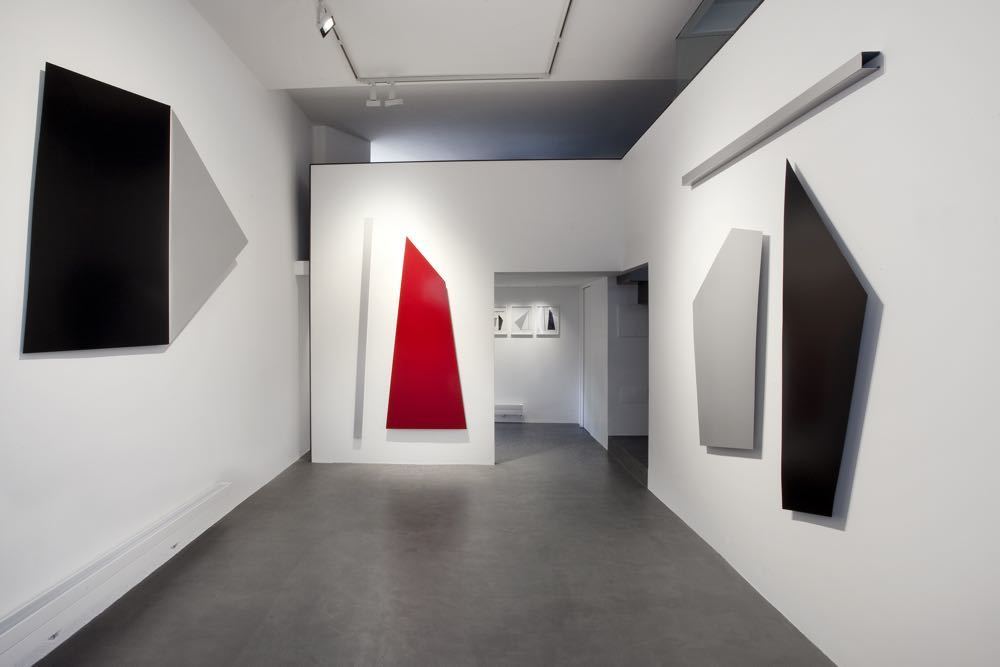 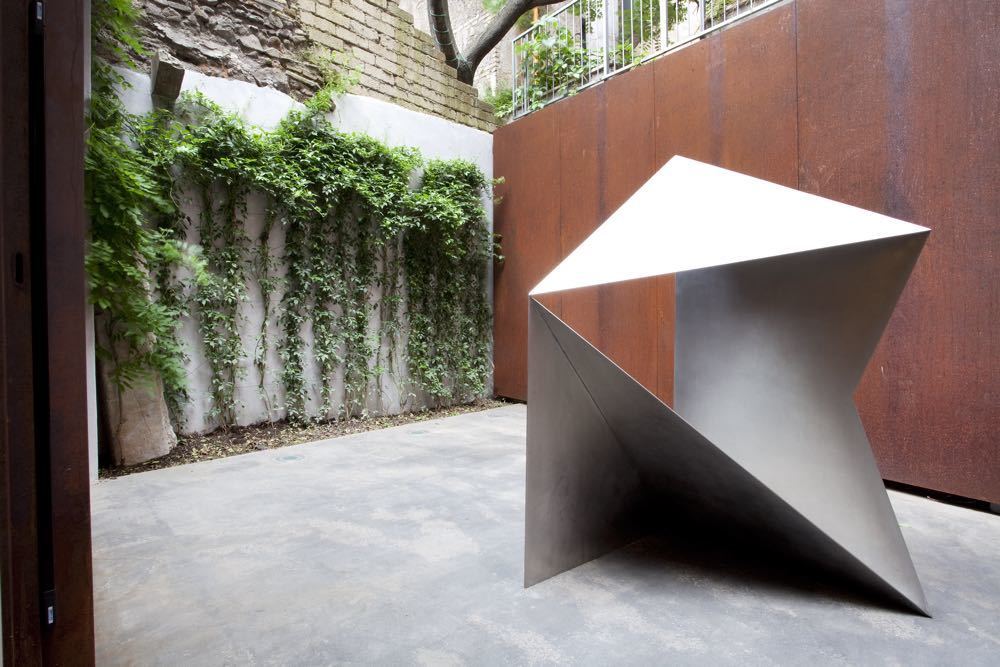 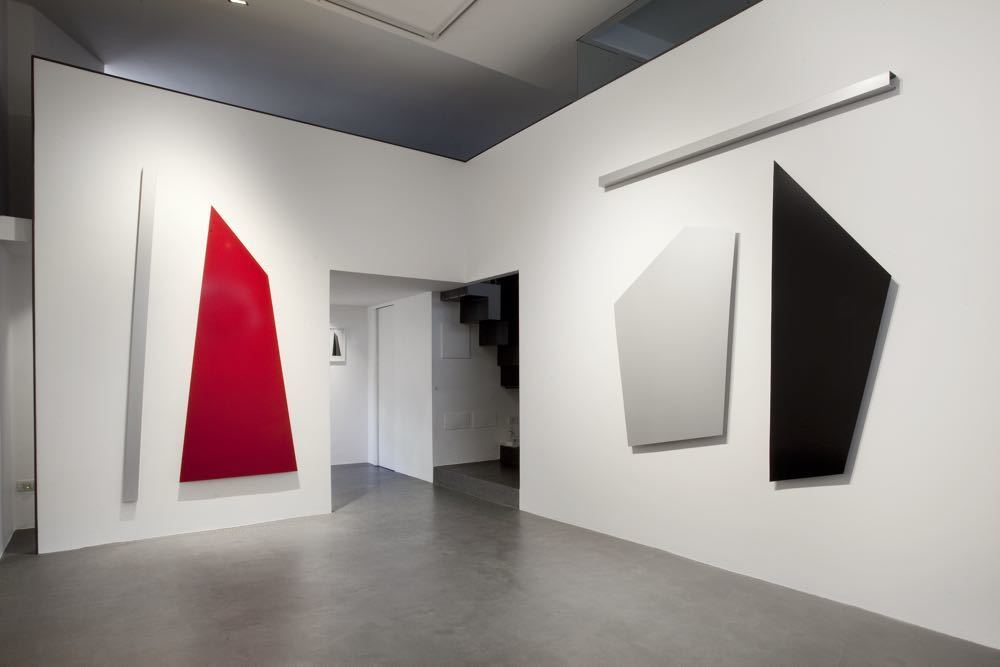 The exhibition includes, in addition to some historical works of the '60s, the latest works of Magnoni: wall sculptures characterized by a laminar structure and homogeneus colors, site specific for the gallery.
The artist, who with his sculpture has always tried to achieve maximum emptying of space, today, as Lorenzo Respi writes in one of the texts collected in the catalog published by Gangemi, "Magnoni reduces his intervention to a minimum; he designs space as if it were a virtual canvas, to be seen from several points of view at the same moment (...) The sculptures on the wall retreat from the open space, position themselves on the physical boundary of their setting – precisely, the gallery wall – from which they extend just enough to free themselves from painting’s heritage and interact with the environment and those observing it. "

The older works testify a path of contamination between painting and sculpture. Magnoni, who began as informal painter, in 60s turn his attention at objectivized painting, made with materials and objects on canvas, then to the Kinetic, and later to sculpture. The sculpture is in the balance between presence and absence, between inside and outside, between appearance and disappearance. Or understood as body-place. When Magnoni comes to Figures in a vacuum filled in the nineties, writes Mariastella Margozzi, the shapes become "the result, full front or in profile; but the void, or the space, now contains something, the “figure”, not obviously as real, but as a concentration of experiences, of knowledge, the essence of life and history".

The exhibition also features collages and maquettes, direct testimony of the creative process of Magnoni, but above all works that represent a return to a two-dimensional technique that seeks the third dimension, small autonomous sculptures claiming their spaciousness inside the edges of the paper.