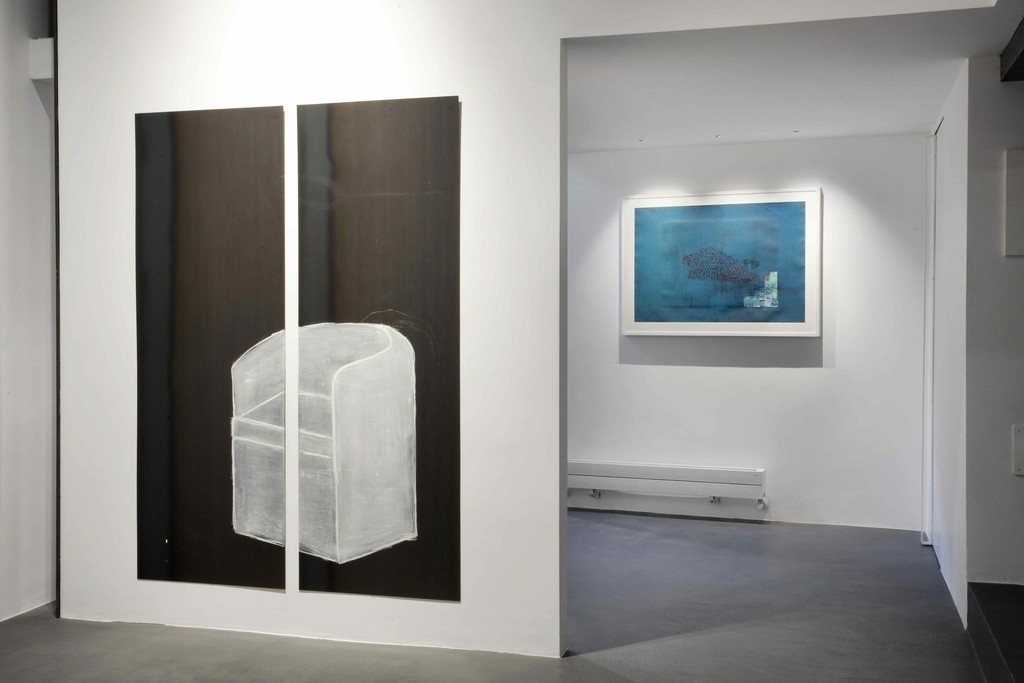 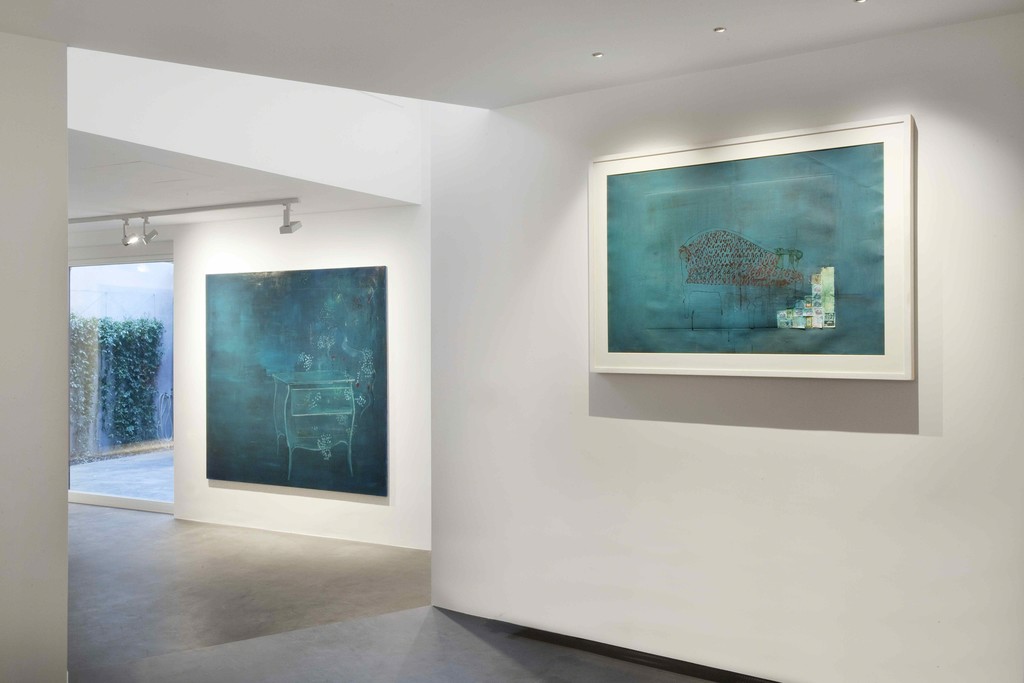 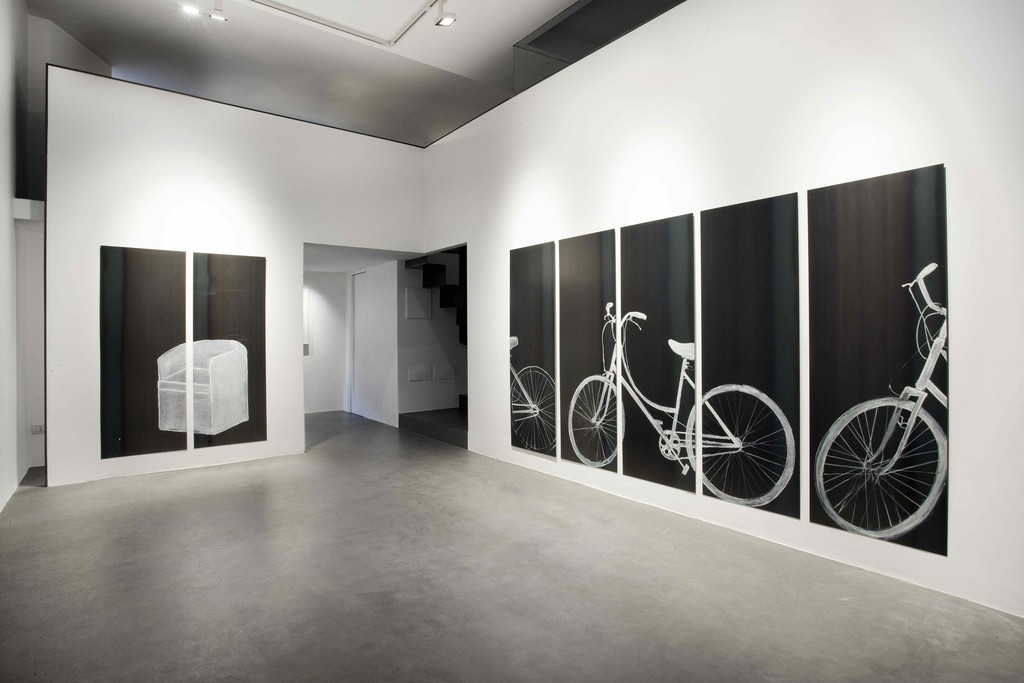 On Tuesday April 16th at 6:30 pm Anna Marra Contemporanea will inaugurate a personal exhibition of Veronica Botticelli’s works, entitled Sono tutto quello che vedo (I am everything I see), curated by Giorgia Calò.
The exhibition is structured primarily along two lines: on the one hand sheet metal from whose monochromatic structure emerge the images that characterise Veronica Botticelli’s artistic research; on the other are the canvases, in these colour prevails over sign. So both colour and non-colour are used as a parenthetic means to approach the essence of reality, to describe what the artist sees and re-elaborate it alternating between the cold, hard surface of iron, and the layers turquoise emerging from the canvas.
To these two sections are added the cards, another part of Veronica Botticelli’s complex pictorial system. These are small scale drawings made on ministerial envelopes, on which the artist portrays subjects, obsessive symbols from a personal world composed of cars, bicycles and sofas. Objects, out of context, out of the original environment, presented in a different key. In this way the figures merge and mix in the density of the line, the object is isolated, alienated from its habitat made to live in an articulated system of signs dictated by instinct and the artist’s imagination.
The effect of pictorial lightness and visual spontaneity in Veronica Botticelli’s research come not only from reality, but also from work of memory and imagination. As the artist herself has stated, “The space of my pictures is a mental space. It is the dialogue that I have set up with memories, traces, music, colours and steps that have interested my life. The public is there or has just gone. I am there, in the background, always. In the dim lights. Saying anyway and despite everything”. So Veronica Botticelli’s poetry is composed of colour and thought in a figuration that becomes abstract in its apparently concrete and tangible resolution, where what is fundamental for the artist is the urgency to recount something that is more than just a verbatim re-proposal of reality. As Valentina Casacchia wrote in one of the texts published in the catalogue edited by Gangemi, “many of the Veronica Botticelli’s works have a small caption somewhere on the canvas. (…) what counts, even in this case, is how the author signs herself, how she tries to recognise herself in what she has just done”.