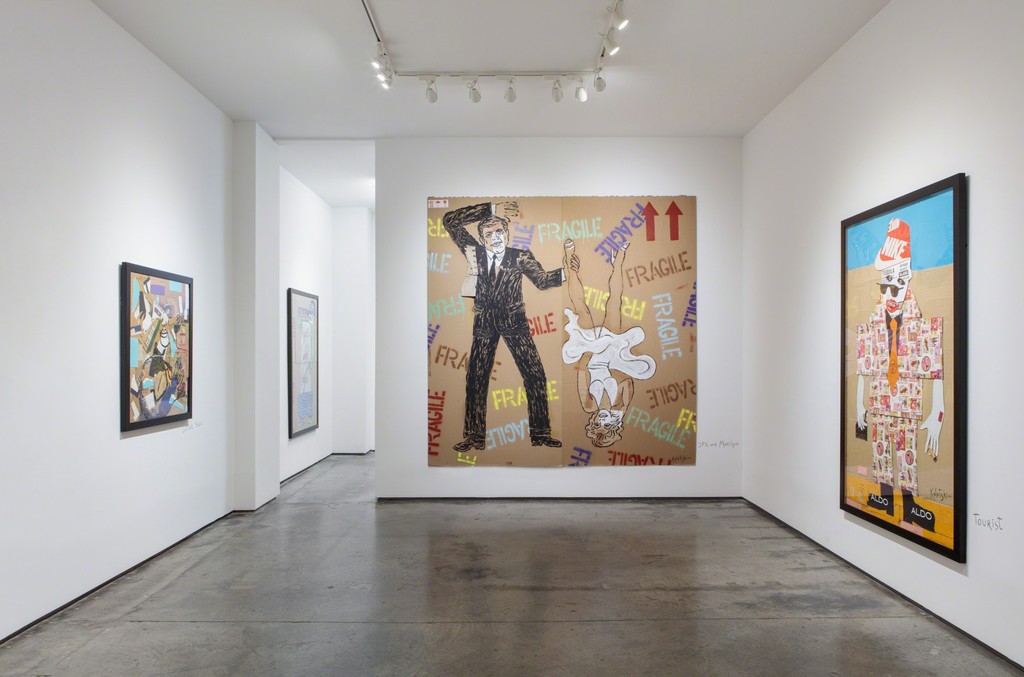 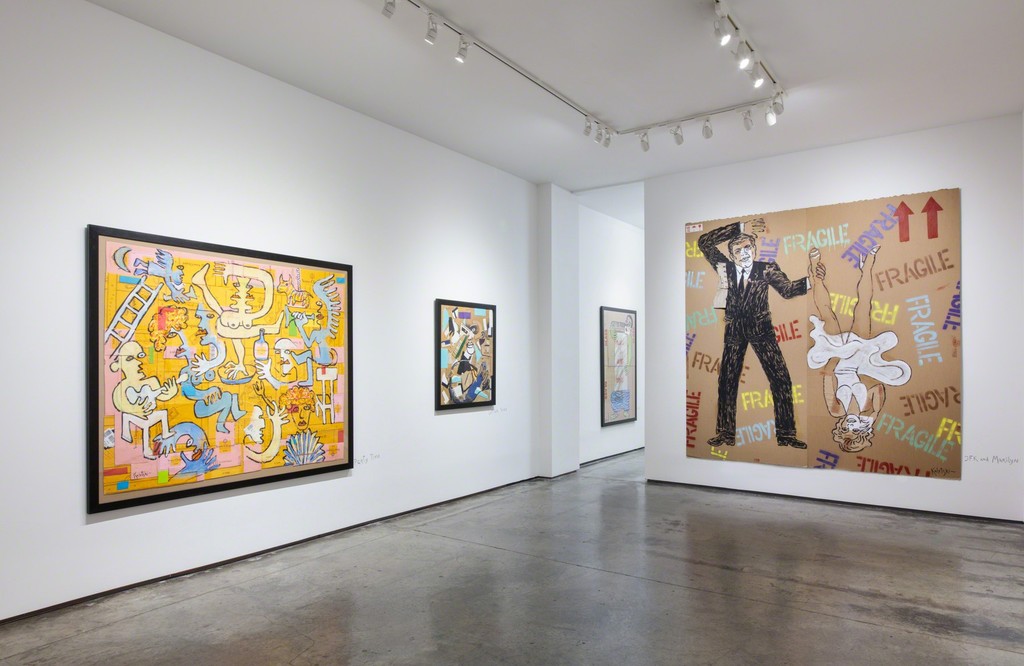 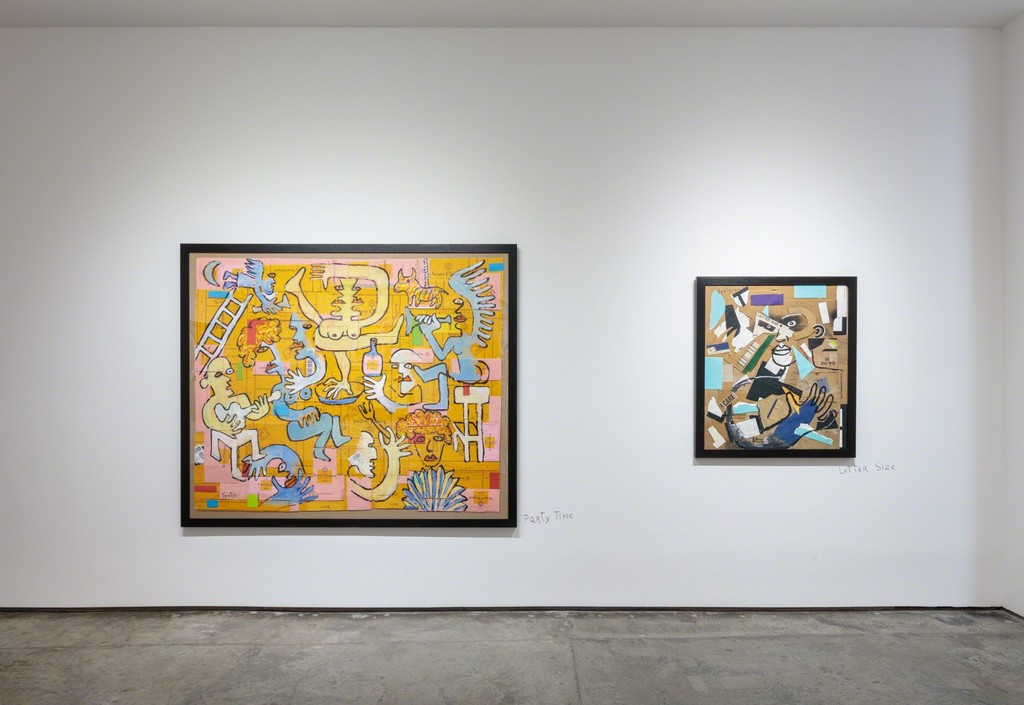 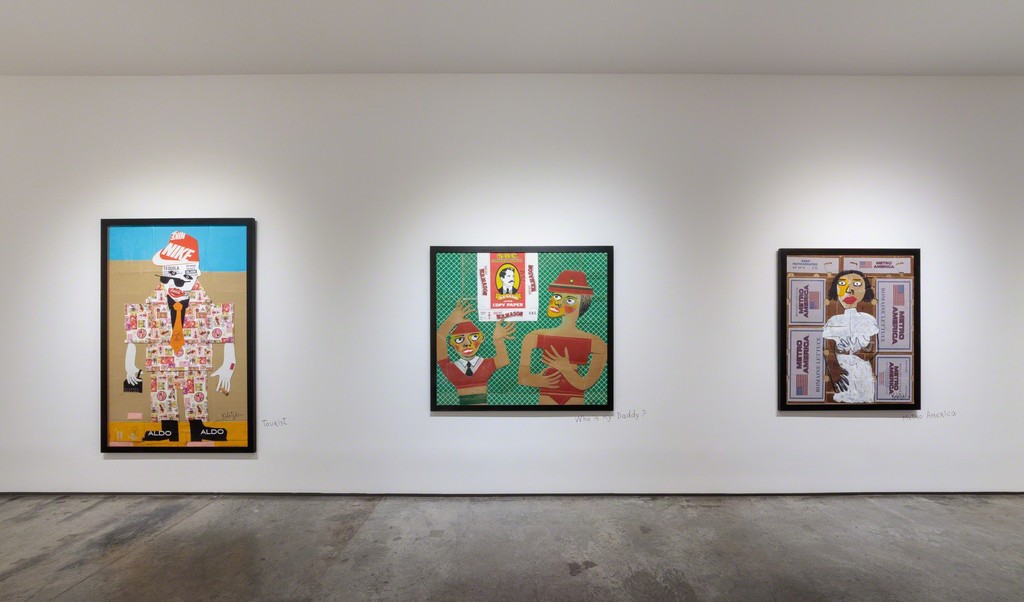 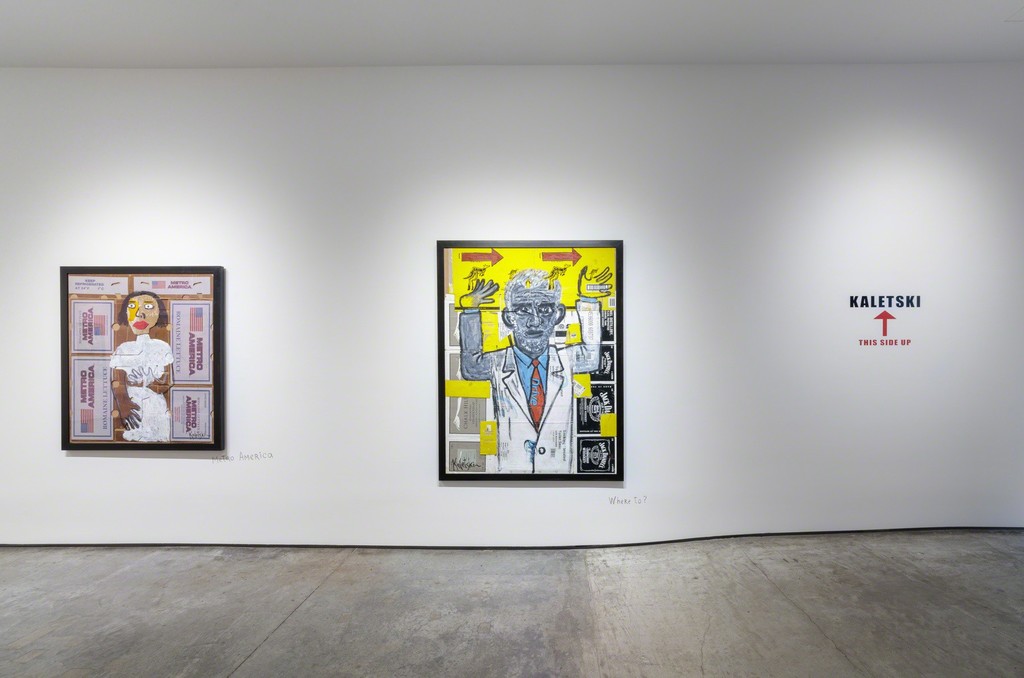 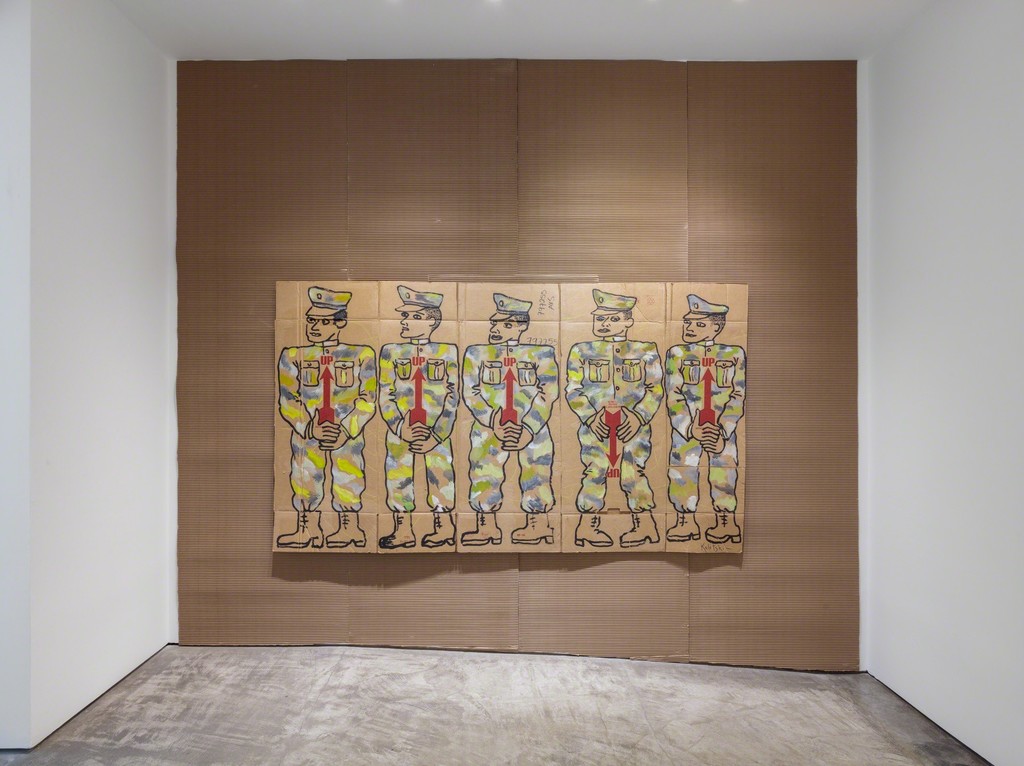 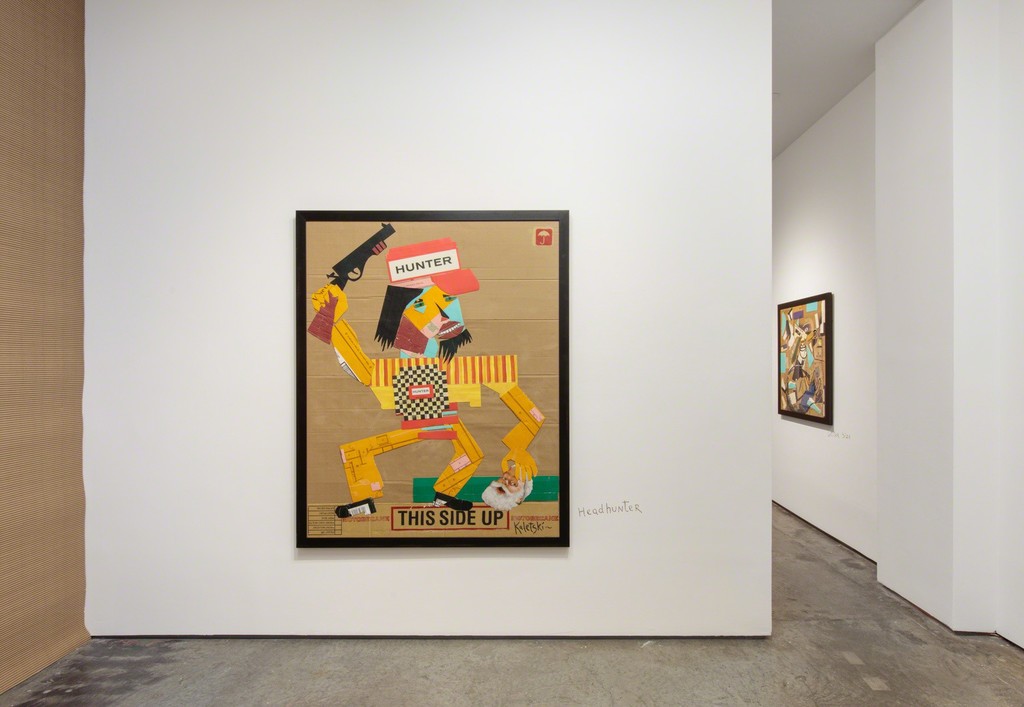 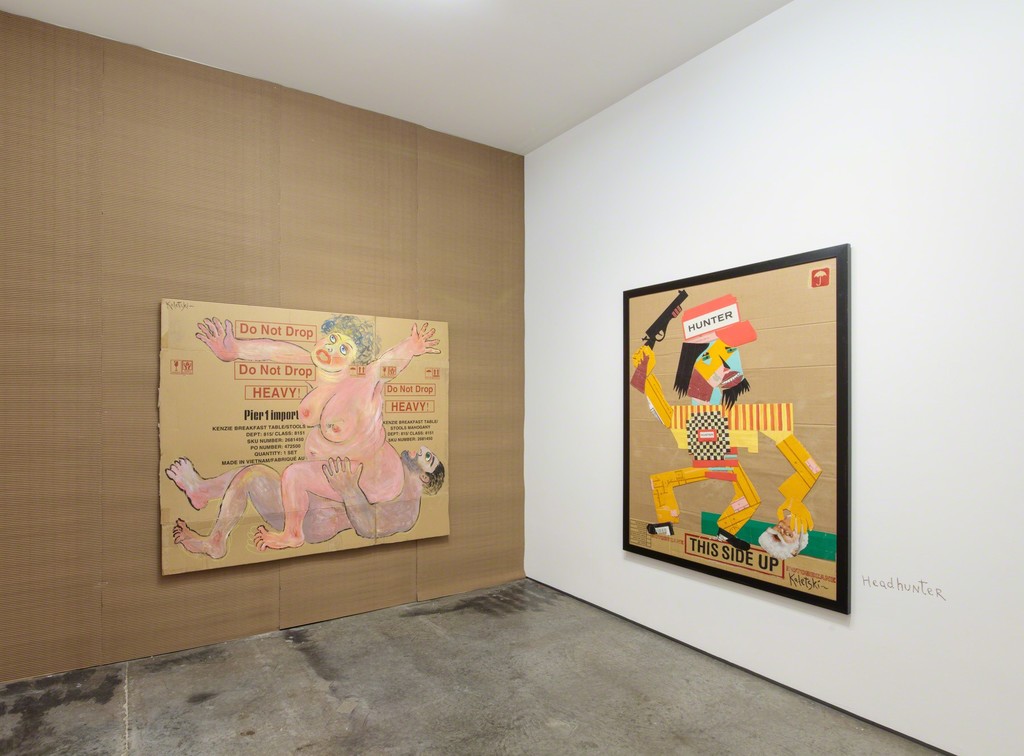 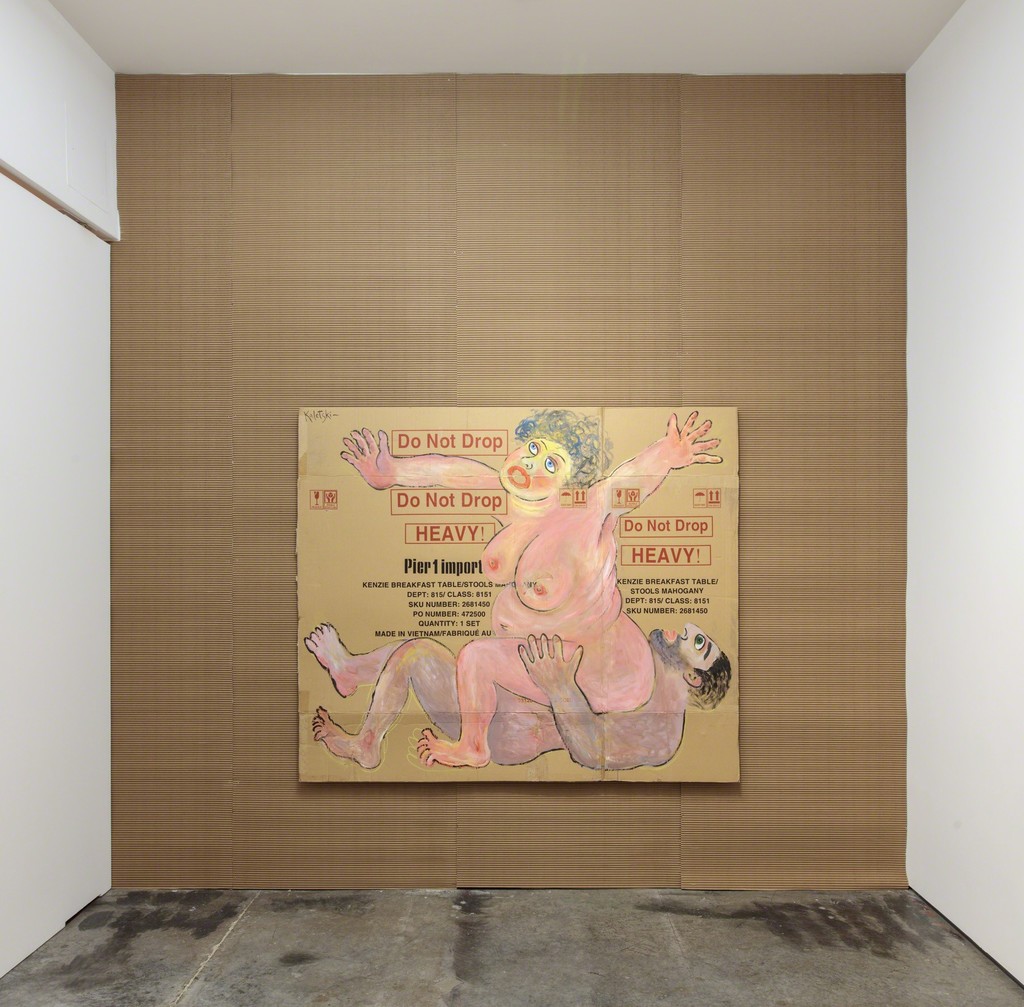 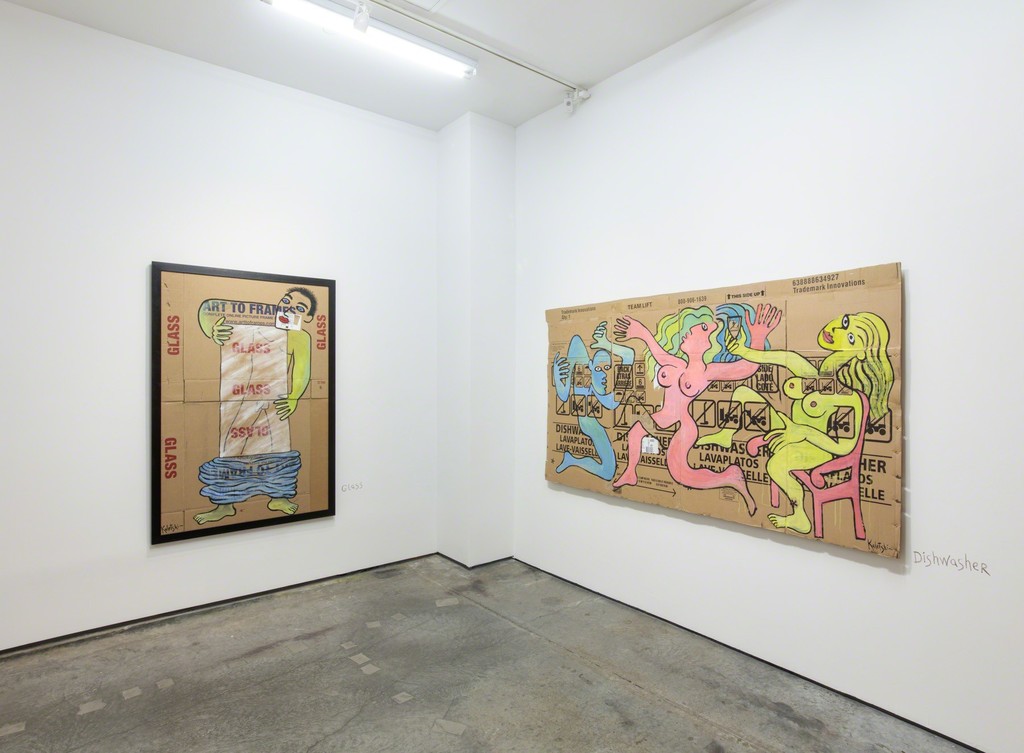 Anna Zorina Gallery is pleased to present Alexander Kaletski’s solo exhibition This Side Up featuring his latest series of cardboard paintings. In a world where everything is upside down, the artist’s new oeuvre points in the right direction. On the streets of New York, Kaletski finds cardboard boxes with logos, tapes and advertisements and recycles the discarded materials into a unique form of art.

Alexander Kaletski transforms graphic designs intended to market a product into imagery that allows for the enjoyment of the cardboard surface rather than its contents. The artist shifts the utilitarian purpose of the box into an artwork that contains his creativity and wit. The subject matter is jubilant and daring, reminding the viewers to reconsider the interaction they have with the common material on a daily basis and to find joy in unexpected places.

The painting JFK and Marilyn not only depicts the complicated relationship between the two titular subjects but also considers the mysterious history that surrounds them both. As highly publicized individuals, their ethics are often debated and continue to form polarized moral stances. Kaletski represented this dynamic in the work by placing the figures at opposite positions while also allowing for a cheeky reference to Marilyn’s infamous skirt incident. Today, their roles as tragic heroes are undeniable and underneath the aura of fame are hints of their fragile egos stenciled throughout the background.

Where to? is a self-portrait that captures the artist’s playful attitude while he raises the question with a nonchalant gesture and piercing gaze. Here he blends an imperative “Drive” slogan into the imagery as a way of referencing his own creative ambition.