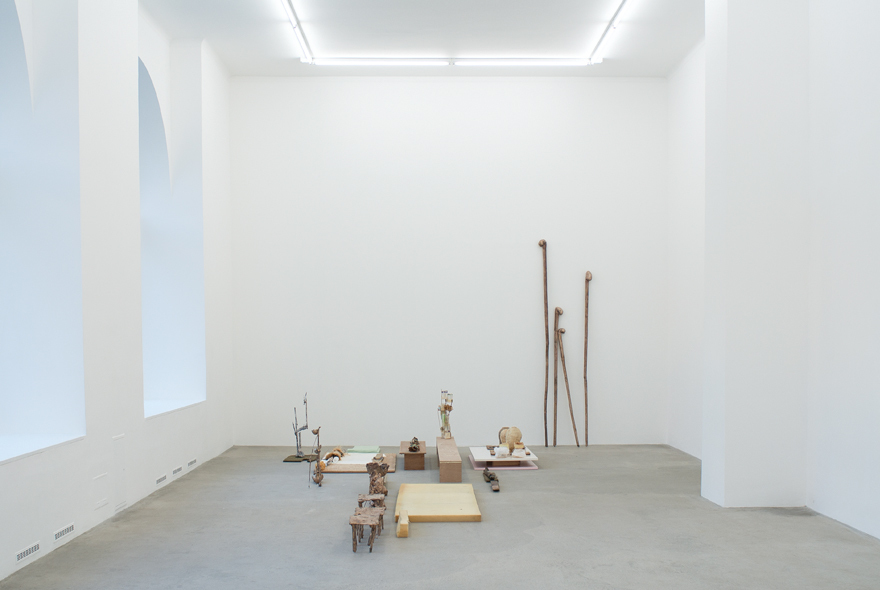 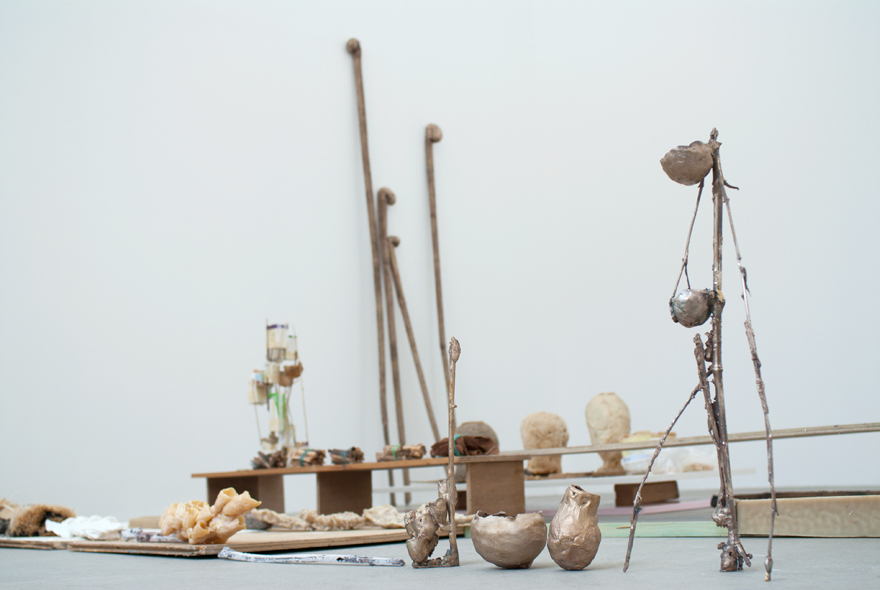 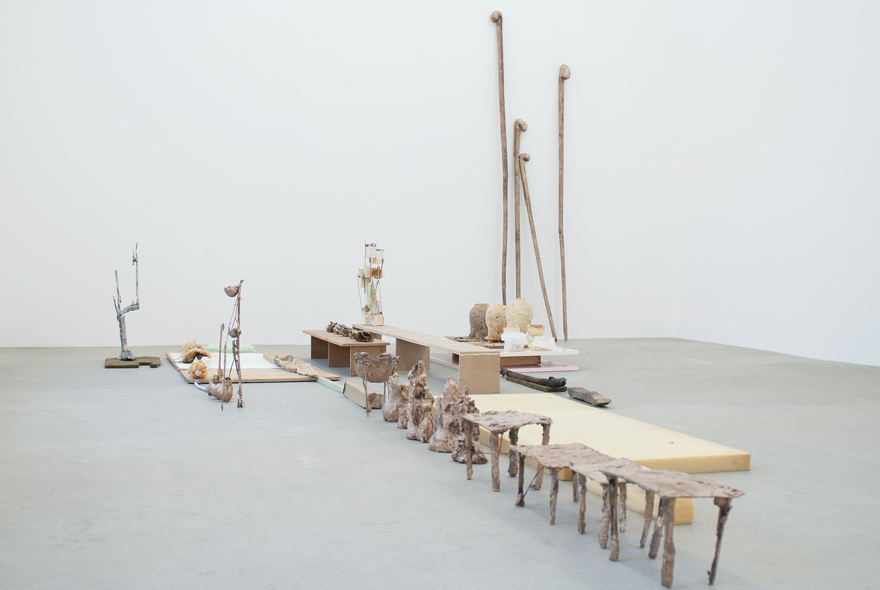 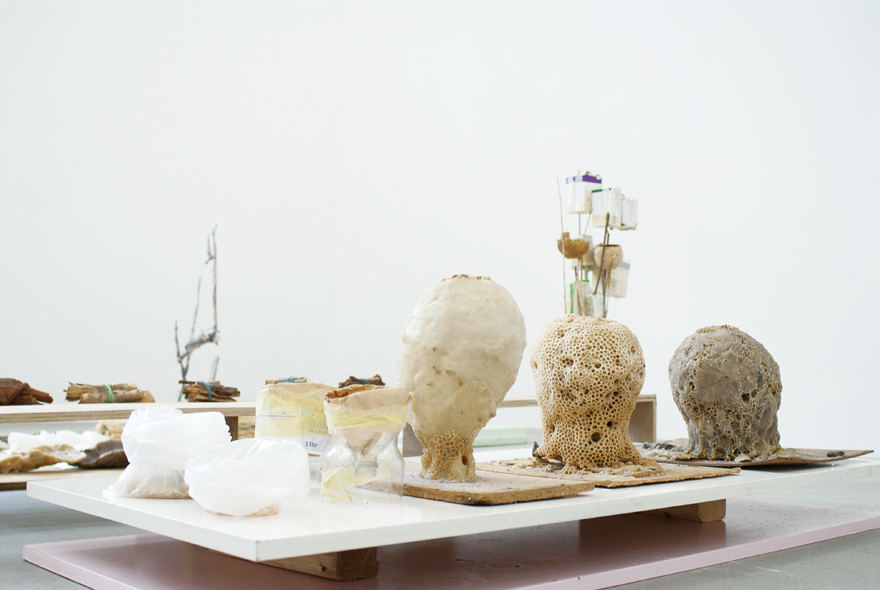 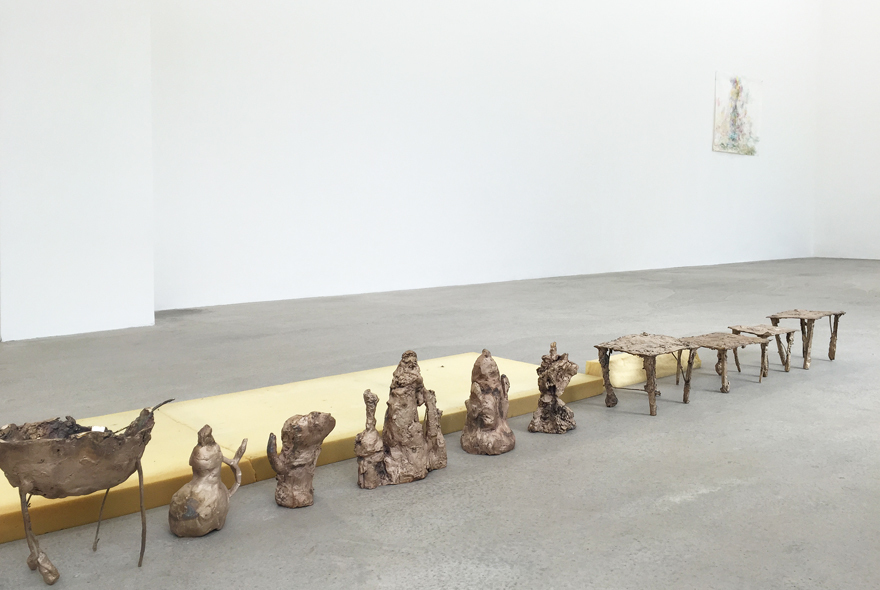 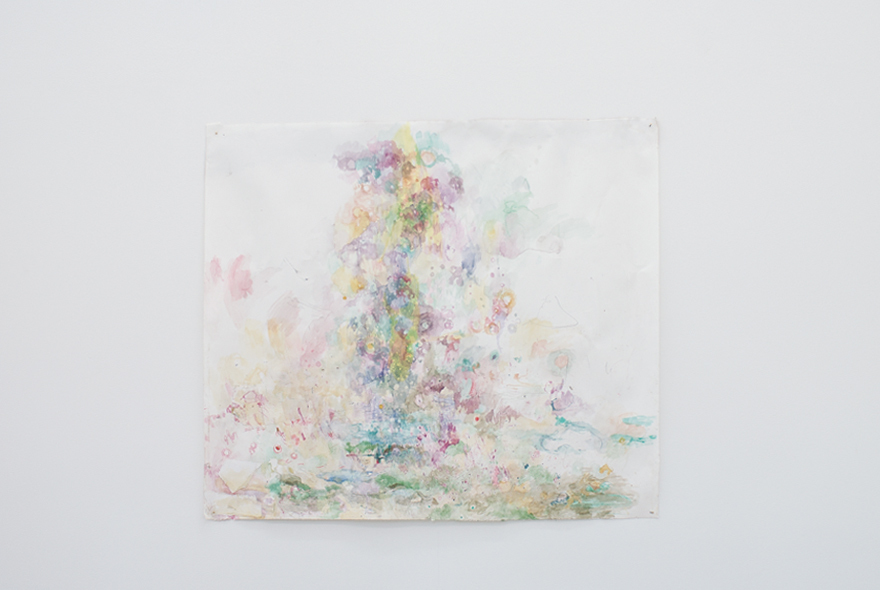 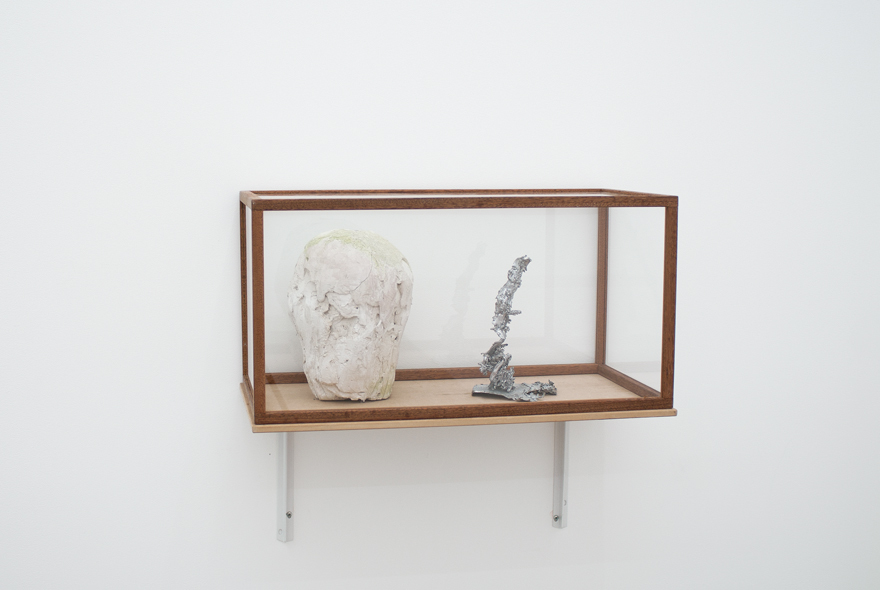 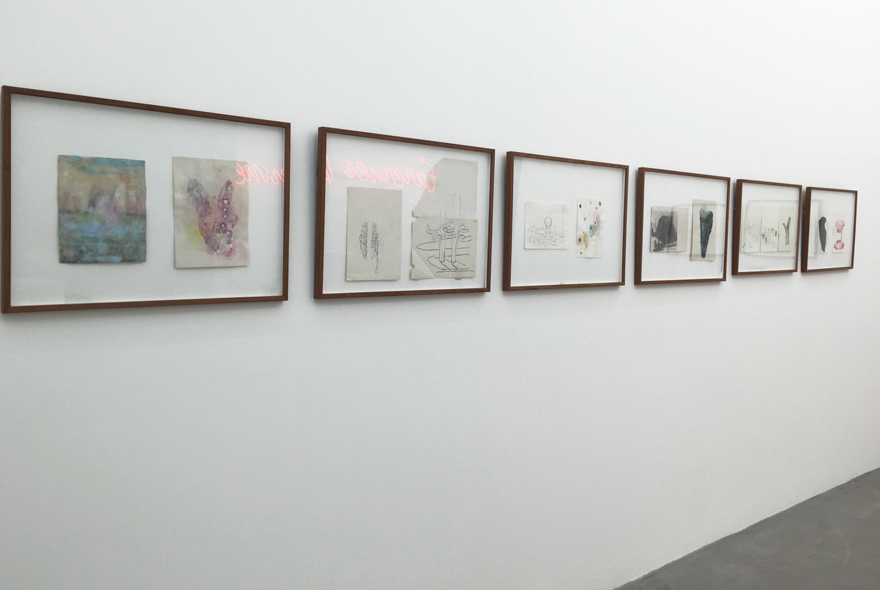 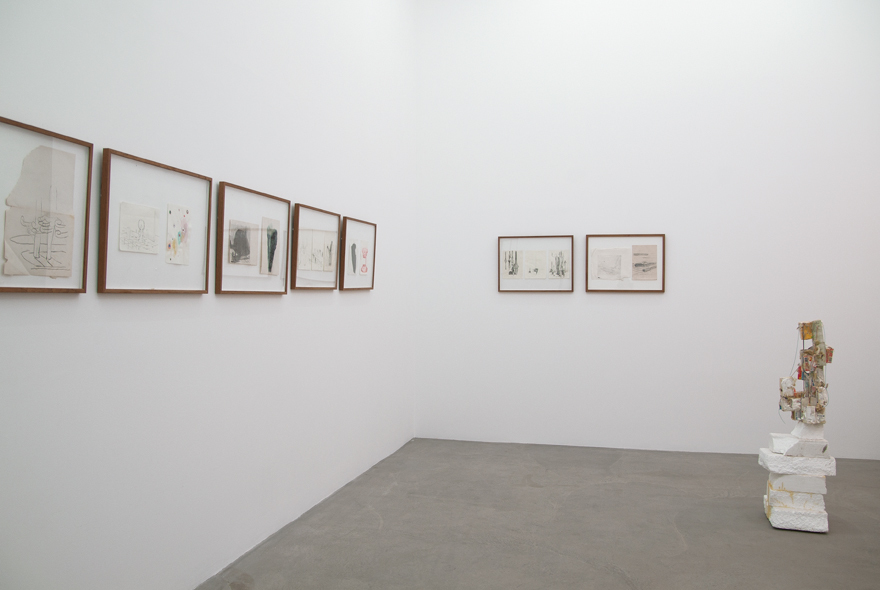 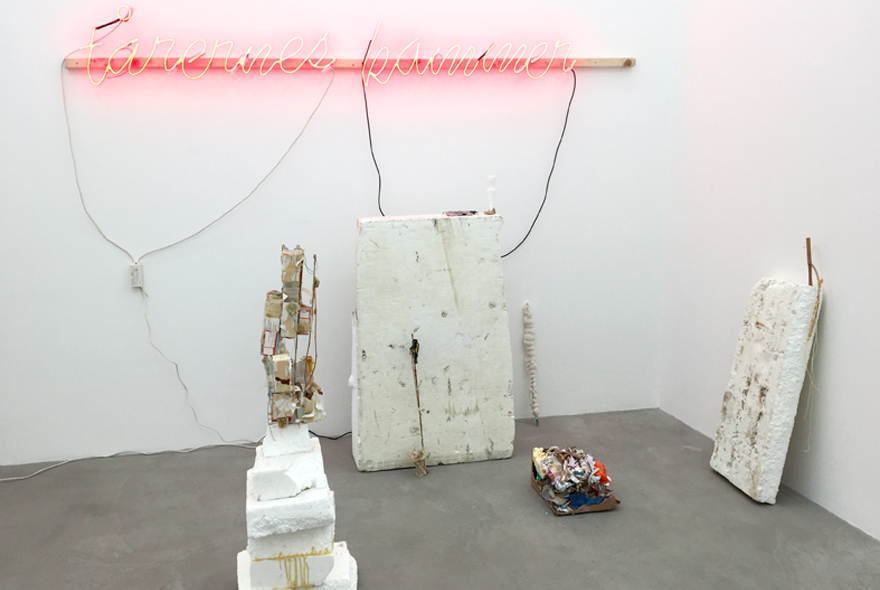 Emil Westman Hertz’ exhibition Nine of Wands includes objects that are simple yet complex, organic and delicate, and at the same time physical and tangible. By carefully organizing and placing objects made of wax, plaster and bronze alongside mass-produced materials, Emil Westman Hertz forms an atmosphere based upon stories of mysterious worlds.

Nine of Wands invites the visitor to a universe where action, energy, enthusiasm and the ability to overcome and achieve goals are essential. Leaned against walls and humbly placed on the floor, the art works enclosed make clear references to nature, body and architecture. A wall of tall wands made of bronze protect and generate energy to a wounded man - a fighter who is ready to go into battle if necessary. As a symbol of change and as a reminder of inevitability, clusters of grapes portray subtle signs of elapsing time and decay.

A pink neon sign reading Tårenes Kammer (Chambers of Tears) directs the visitor into a room conditioned by the passage of time. Here, Westman Hertz presents new works on paper. Similar to the sculptures, the works on paper involve subject matter with pressing social, environmental, and spiritual value.

Emil Westman Hertz was born in 1978 and lives and works in Gudhjem and Copenhagen, Denmark. He studied at the Institute of Eskimology at the University of Copenhagen (1999-2000) and received his MFA from The Royal Danish Academy of Fine Arts (2008). Most recently, Emil Westman Hertz has shown his work at Magasin III, Stockholm (2015), Horsens Kunstmuseum, Horsens (2014), Susanne Ottesen Gallery, Copenhagen (2014), Anava, Helsinki (2013), Holstebro Kunstmuseum, Holstebro (2013), ANNAELLEGALLERY, Stockholm (2013). Among awards he has received The Danish Art Foundation's 3 Year Work Grant (2012) and Niels Wessel Bagge's Art Grant (2013). In 2014 he was awarded Horsens Kunstmuseums Venners Kunstnerpris (Horsens's Art museum's Friends' Art Prize). In 2014 he received ARKENs Rejselegat (ARKEN's travel grant).