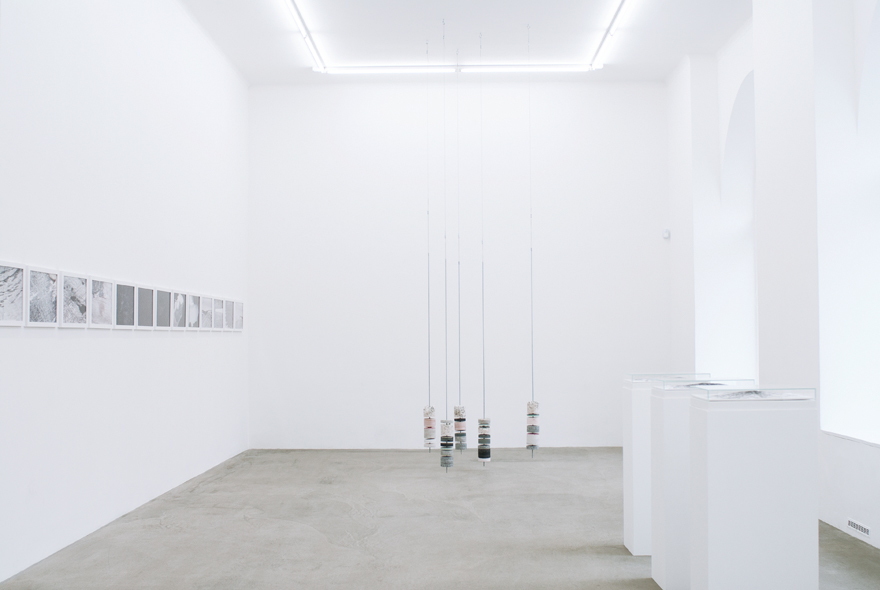 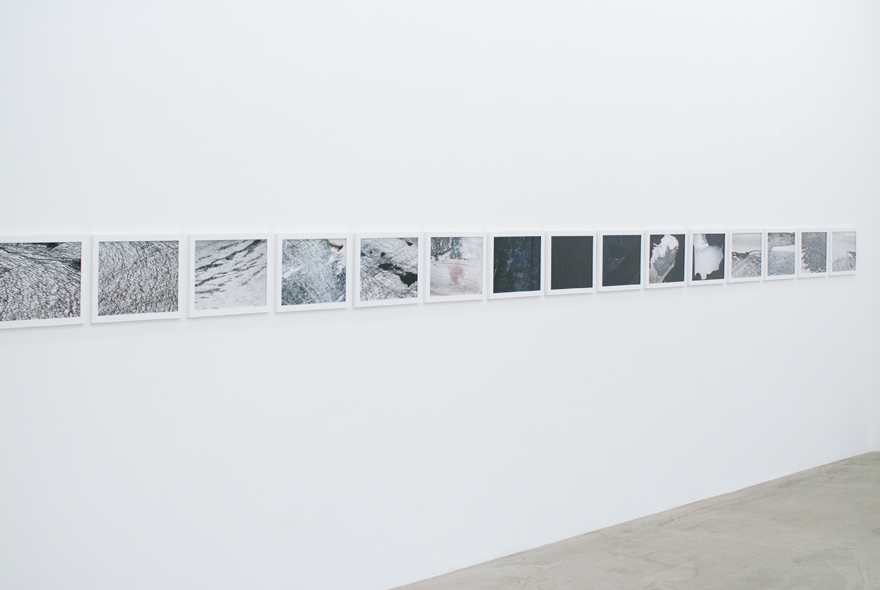 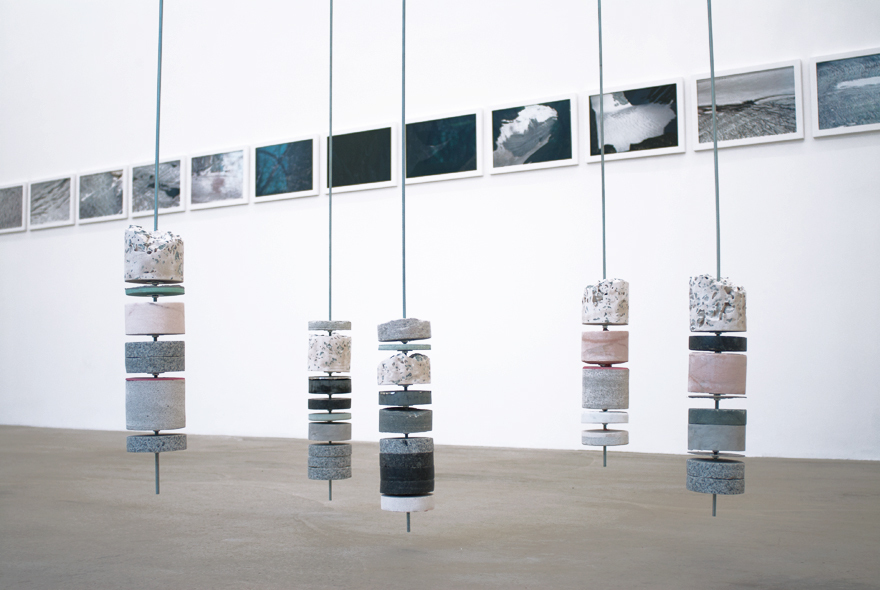 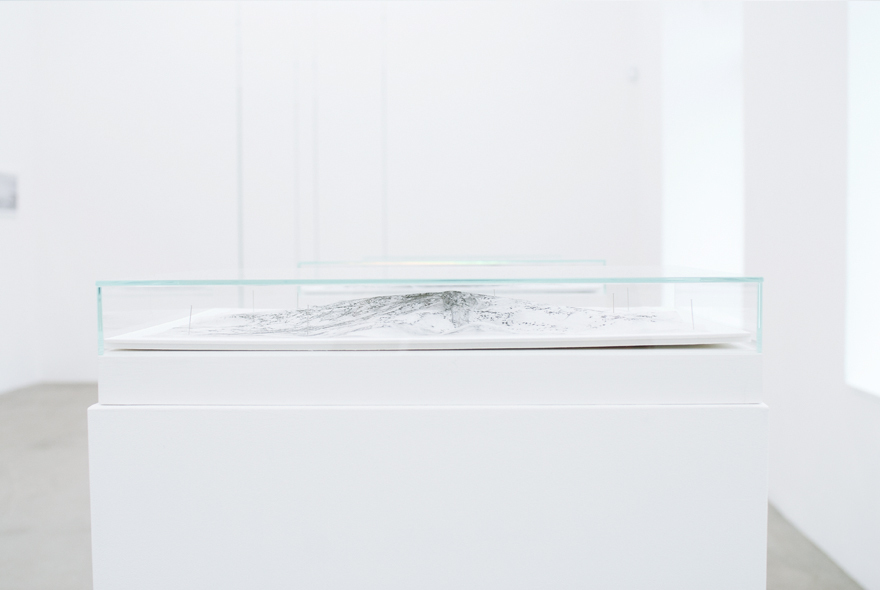 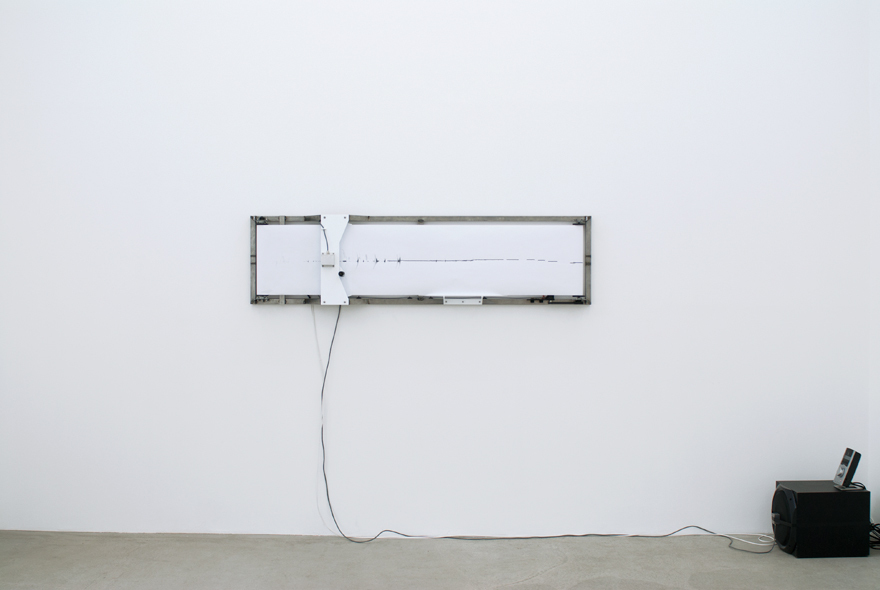 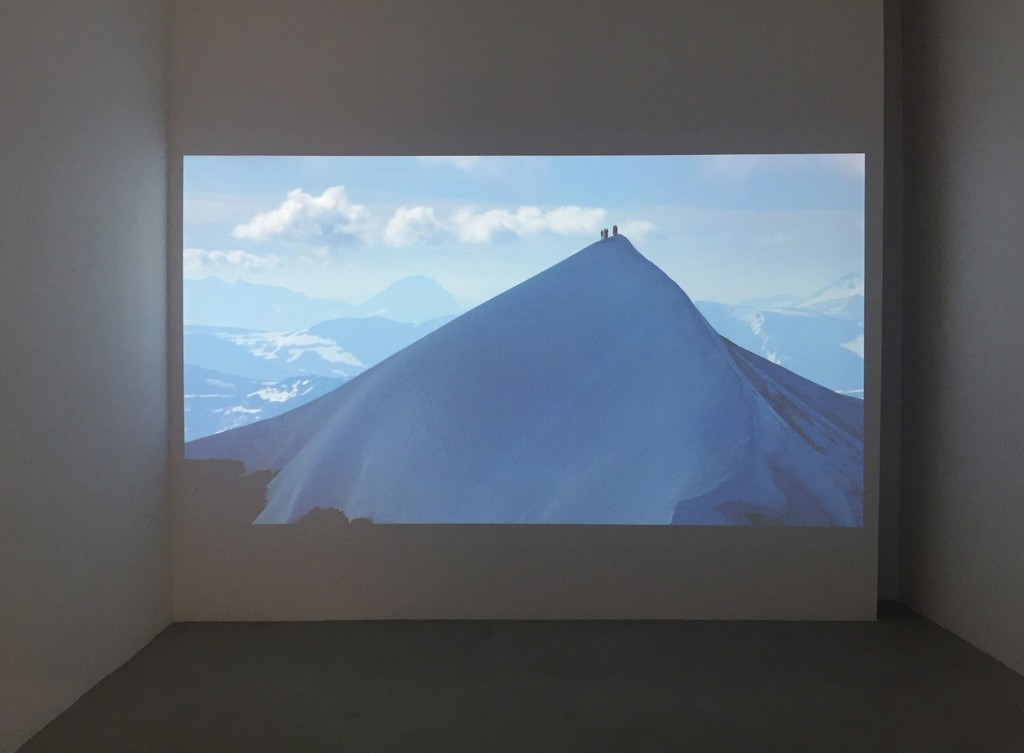 I am mountain, to measure impermanence is an installation by Hanna Ljungh consisting of a film illustrating the measurements of Kebnekaise from a human perspective. Ljungh also presents a series of photographs and sculptures portraying the mountain and the surrounding glacier. The sculptures are a continuation of the artist's earlier work with geological strata where a human impact is clearly present. The exhibition also contains a sound piece illustrating statistic sequences.

Installed as a site-specific projection, the film I am mountain, to measure impermanence features the southern peak of Kebnekaise, where a team of scientists gather samples and measure the effects of the rapidly melting mountain glacier.
Since 1902, when the first measurement was made, the southern peak of Kebnekaise has been the highest point in Sweden. However, 113 years of research shows a clear tendency that the glacier is melting. Consisting of rocks, Kebnekaise's northern point will therefore, according to the statistics, soon be the highest peak in Sweden.

Utilizing sound as a medium, Hanna Ljungh persistently archives all amassed measurements of Kebnekaise to this day. Reduced to an extremely low frequency bass-sound and vibrations, the sound is measured by a large-scale seismograph, the instrument used to detect movements in the ground. In the soundscape, the body mass that Ljungh senses the mountain stands for echoes in the sound of her own body. Her voice is turned into the seismic curve that measures the light quakes emerging from inside the mountain while carrying detailed scientific information.

Applying the term Anthropocene - a proposed geological term generated by the impact humans have had on the Earth since the industrialization, Hanna Ljungh continues to investigate the relation between human and non-human.

Hanna Ljungh (born 1974 in Washington, DC) lives and works in Stockholm, Sweden. Ljungh received a BFA from Parsons School of Design, New York and an MFA from the University College of Arts, Crafts and Design, Stockholm. In the spring of 2015, Hanna Ljungh was, along with Henrik Håkansson and Åsa Sonjadotter, part of the group show D' après nature at the Swedish Institute in Paris. Previously, Ljunghs works have been shown at Fotografiska in Stockholm, Studio Hippolyte in Helsinki, HIAP in Helsinki, Pohang Museum of Steel Art in South Korea, Kumho Museum of Art in Soeul, South Korea, Gallery Pictura in Lund, Nacka Konsthall, Virserum Art Museum, among others. I am mountain, to measure impermanence is Hanna Ljungh´s second solo show at the gallery.