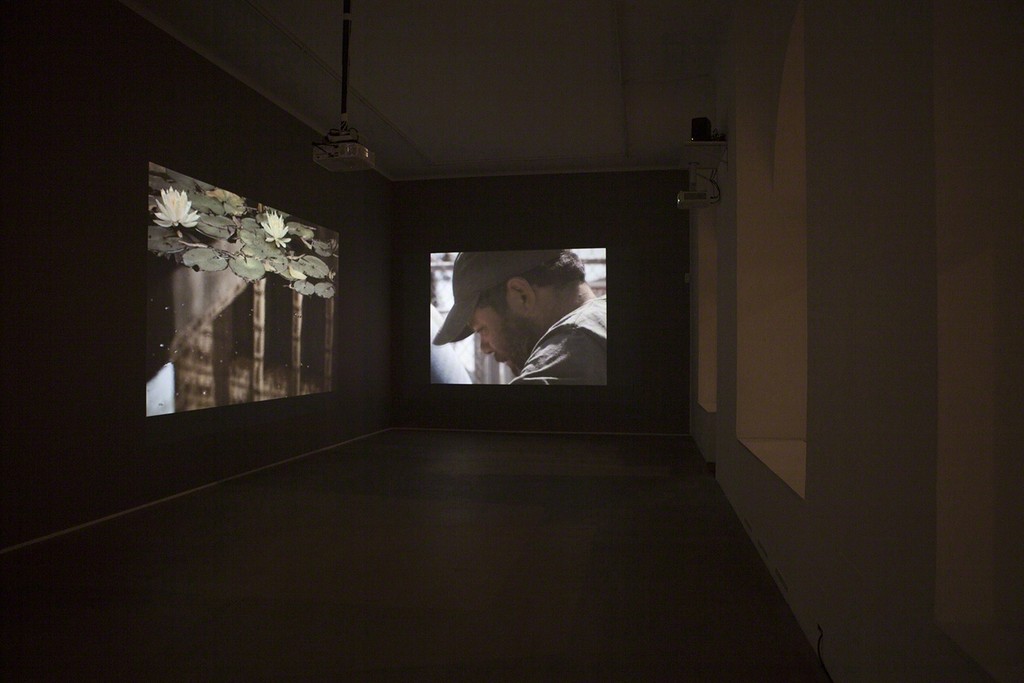 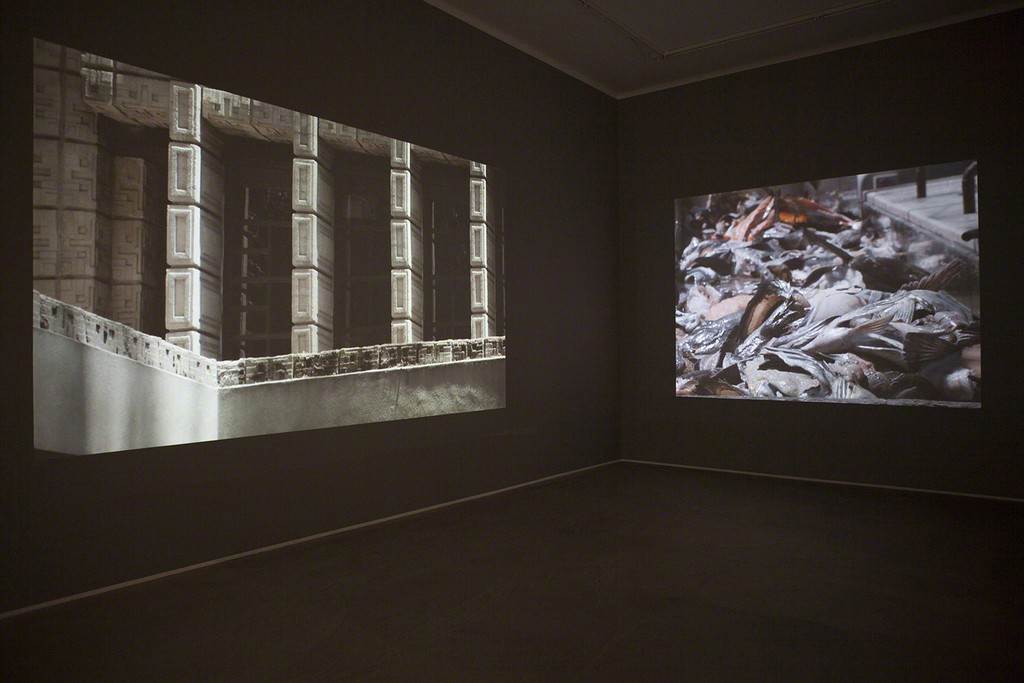 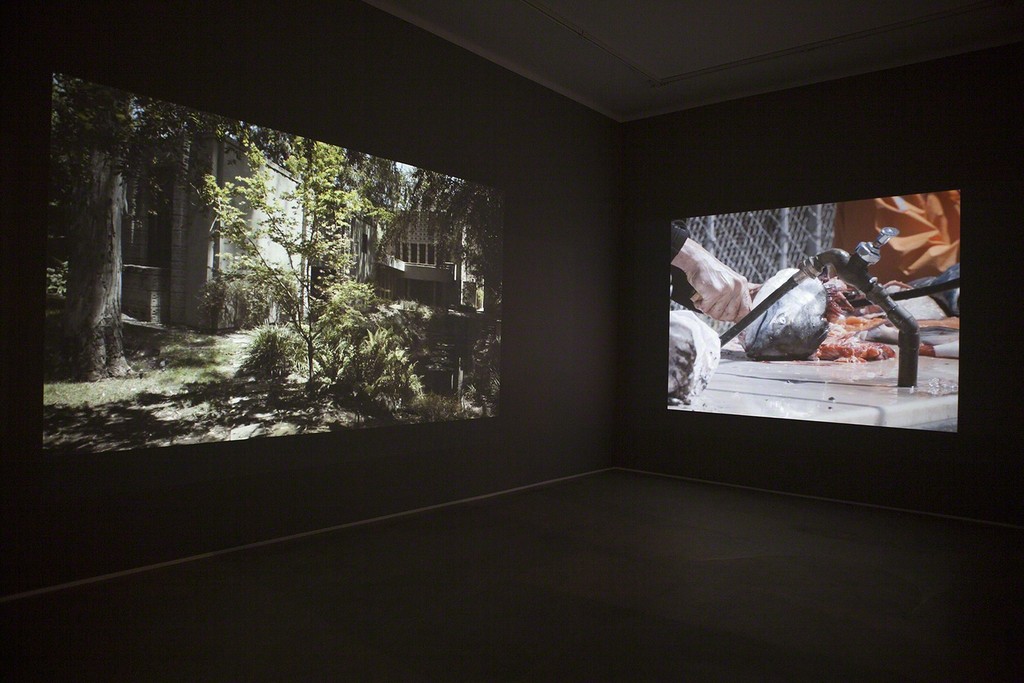 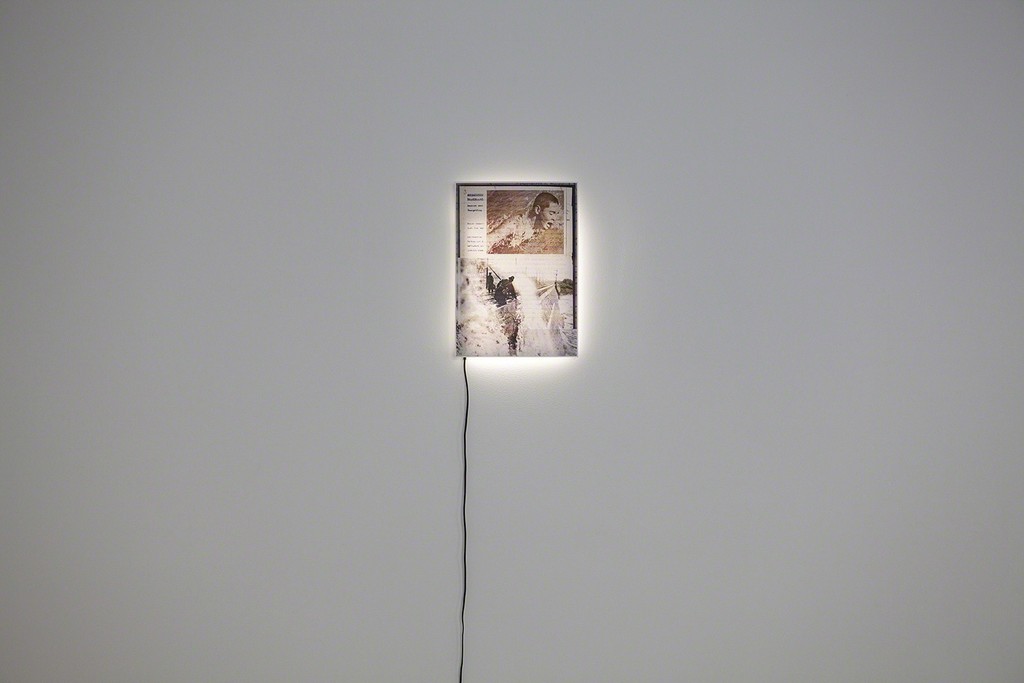 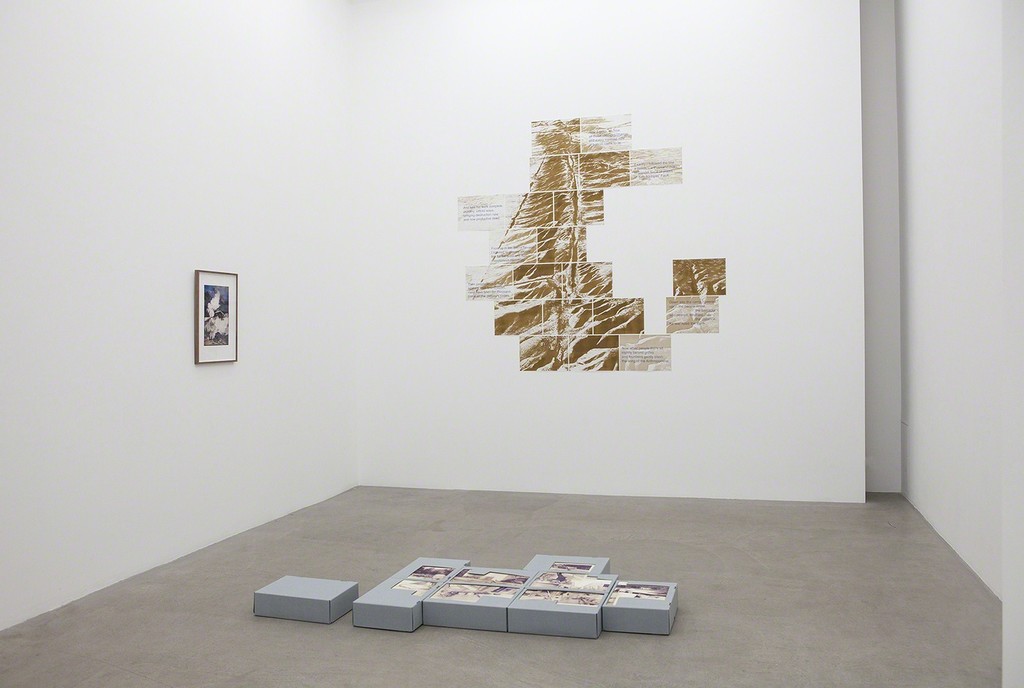 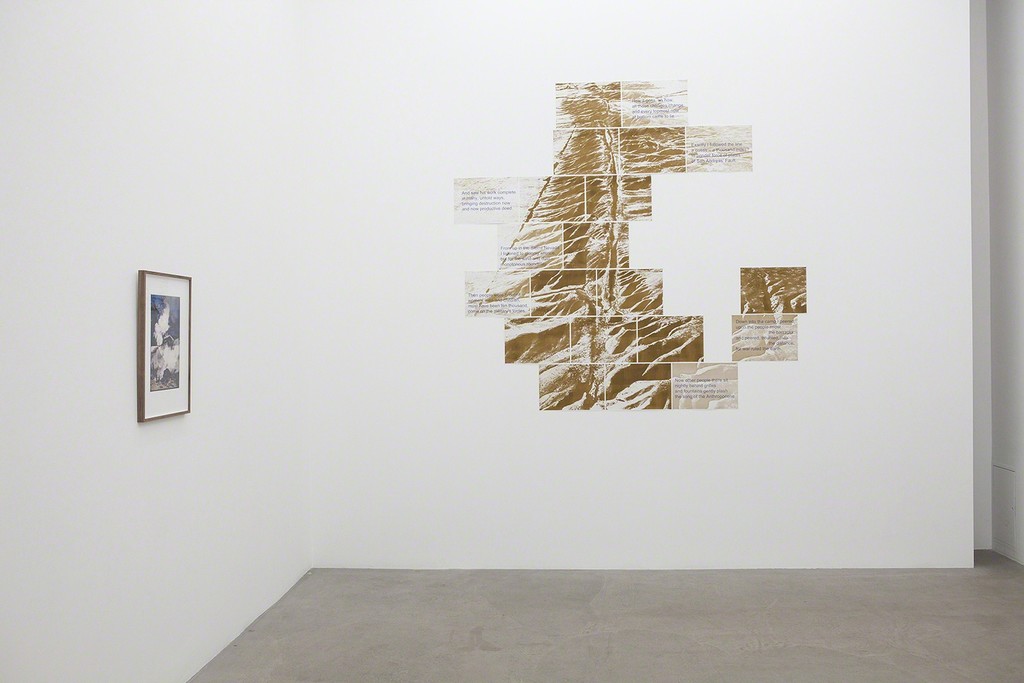 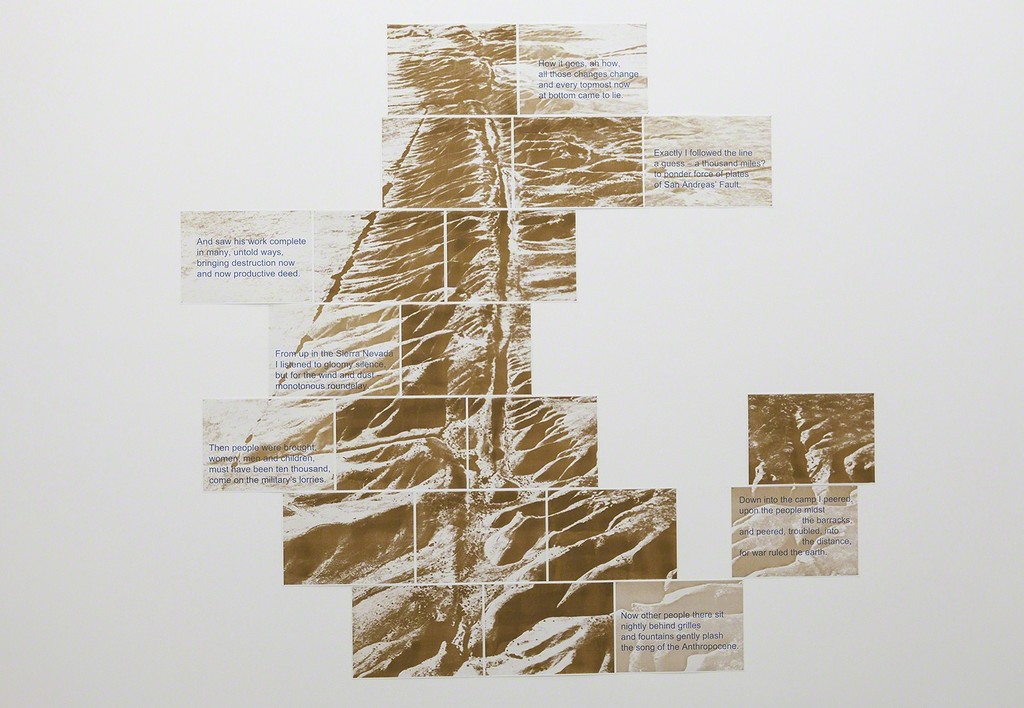 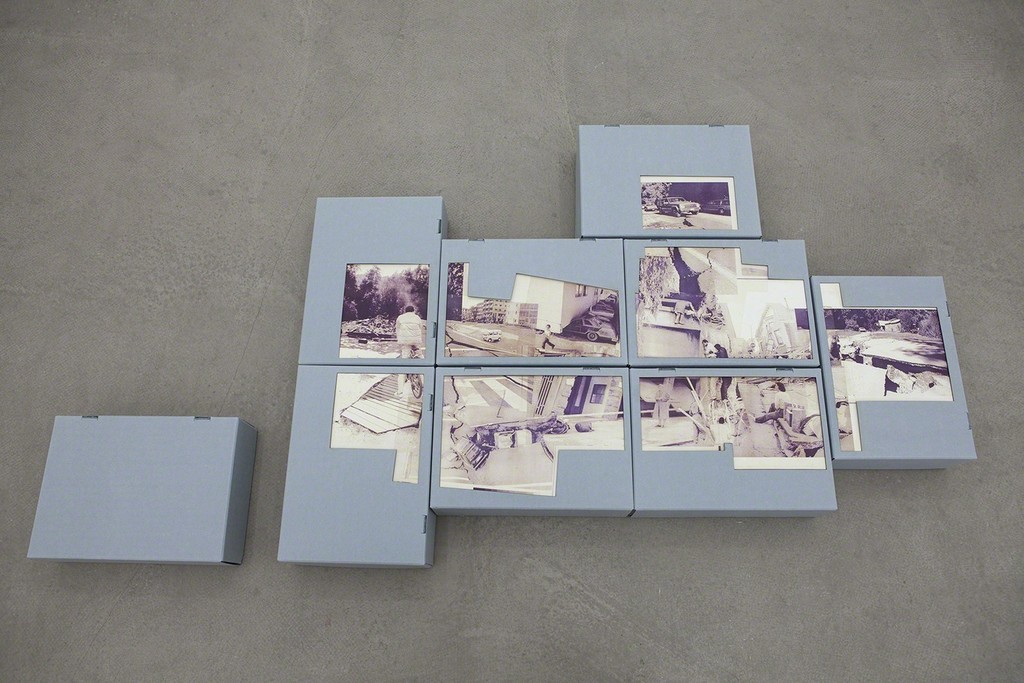 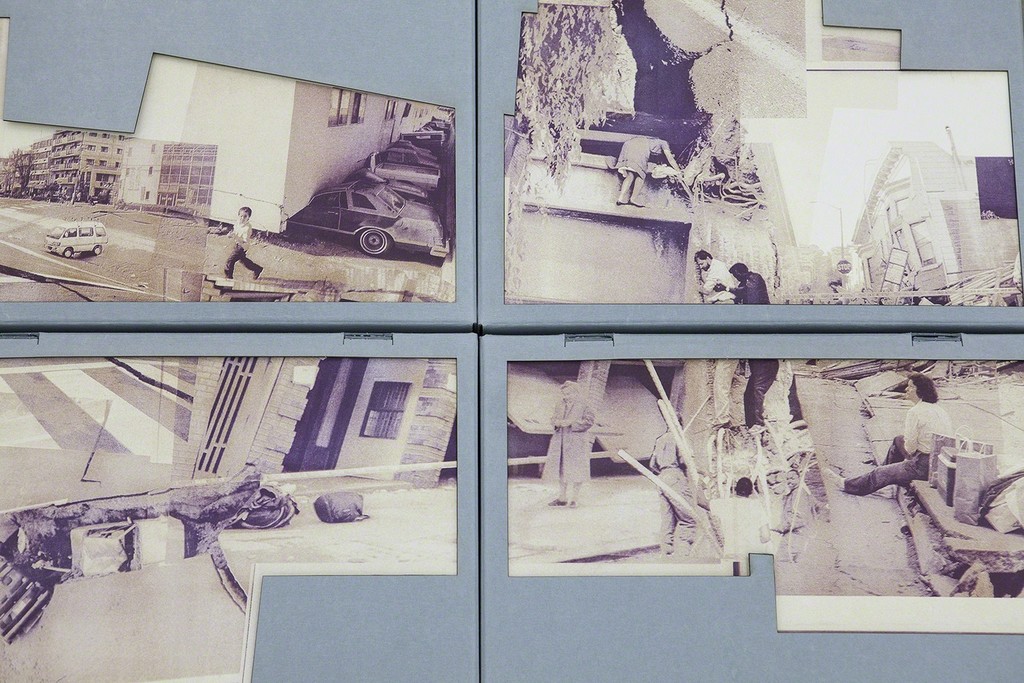 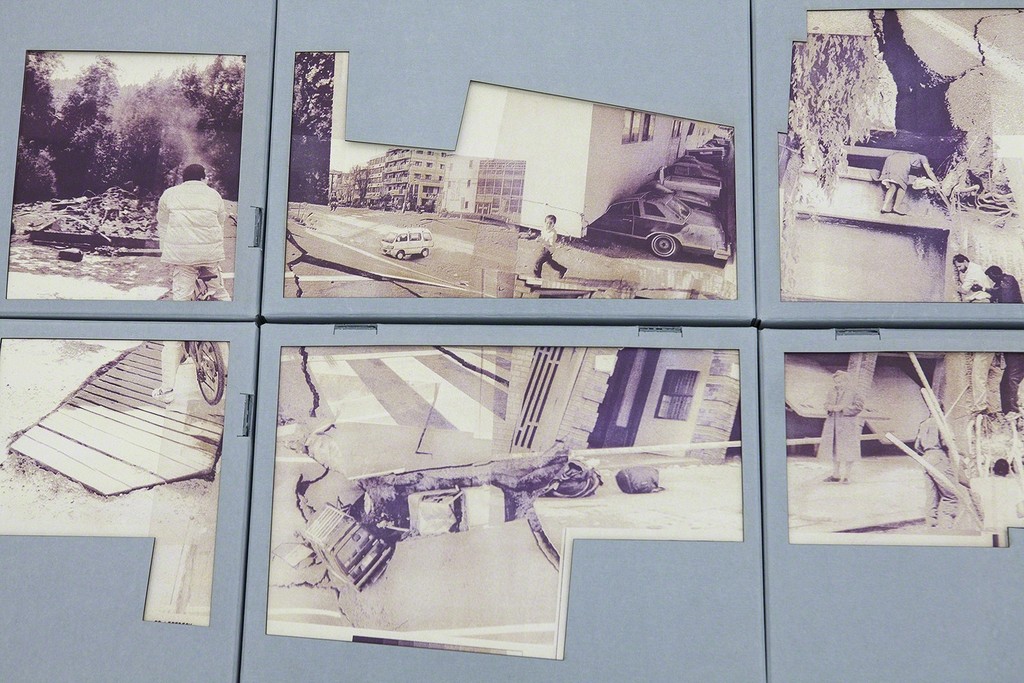 How it goes, ah how,
all those changes change
and every topmost now
at bottom came to lie.

In her new body of work Marianna Christofides follows her interest on sedimentary traces of history made manifest in micro-stories in the present, on the vulnerability of certain places to ruination in face of earthquakes and other subterranean forces and the interdependences and subjugations involved. Given that a state of instability in manifold manifestations of social life has become the norm, the works in the exhibition trace the ruptures and entrenchments of dread as a fear of the possible. They highlight moments of oscillation between permanence and impermanence.

The intertwinement of geological and socio-historical narratives by dissecting through strata of associations is a recurring conceptual notion in the artist's practice. The immersive two-channel video “Shelter Cove” juxtaposes two encounters on a 15.000km road trip along the seam of North American and Pacific Plate—the San Andreas Fault in California—and touches upon quests on the impossible unity with nature and the dichotomy of protection and threat, being-at-home and being-at-somebody’s/something’s-mercy. Images from the garden of ‘La Miniatura’, a textile-block residential house in Pasadena designed by F.L. Wright in the 1920s, are coupled with those of a kayak anglers’ competition in Shelter Cove in the north of California; at the point where the San Andreas Fault Line abandons the mainland and all trace of it vanishes in the Pacific Ocean.

To observe how living in long-term endangerment in conjunction to tectonic movements transforms a crisis situation into a ferment of renewal that yields collective re-empowerment is a formative aspect of the installation “Towards Solidarity (The Archives)”. In elaborate collages employing press photographs and archival footage the artist heedfully re-connects dismembered, almost mutilated architectural limbs from disparate places and times, pinpointing to the communal nature of catastrophe in its elimination of difference. “Dragon's Back”, a tactile, large-scale risograph print confronts us with the multiple open fault lines and fissures in our world. The relief of the Californian landscape becomes the premise to conceive a poem in trimetric verses, the intonational summits and depressions following their counterparts on the ground. The trilogy “Flood”, “Tremor”, “Eruption” evokes through its dense layering of colours and forms the corporeal exposure to threat together with its dissolution when stricken individuals band together. In “After Fukushima: The Equivalence of Catastrophes” Jean-Luc Nancy argues that “an earthquake shakes up not just the ground and the buildings on it but also an entire social, political, and moral situation.”