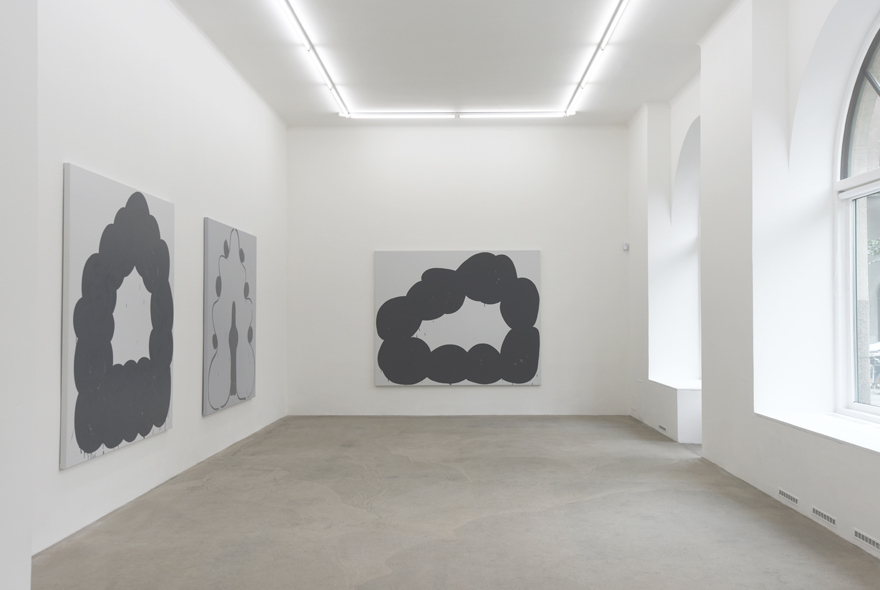 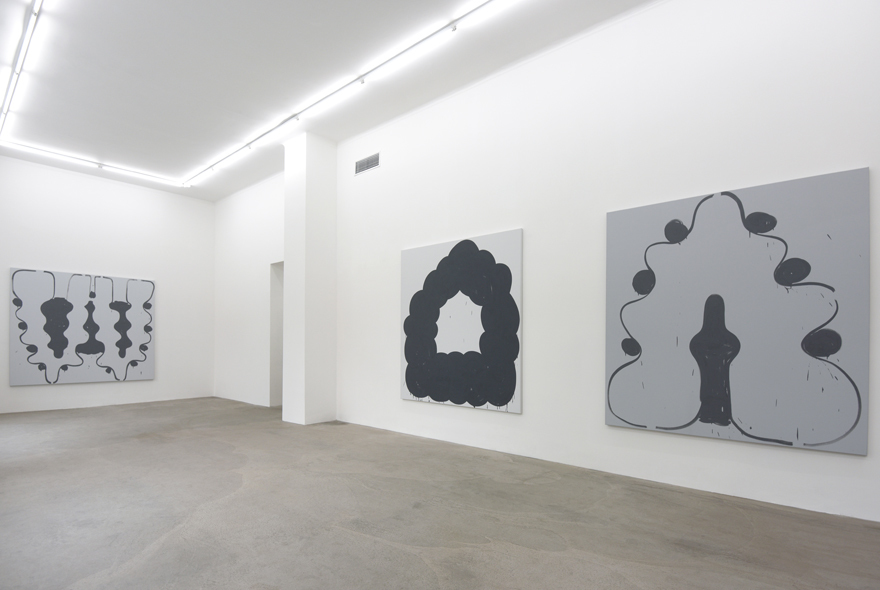 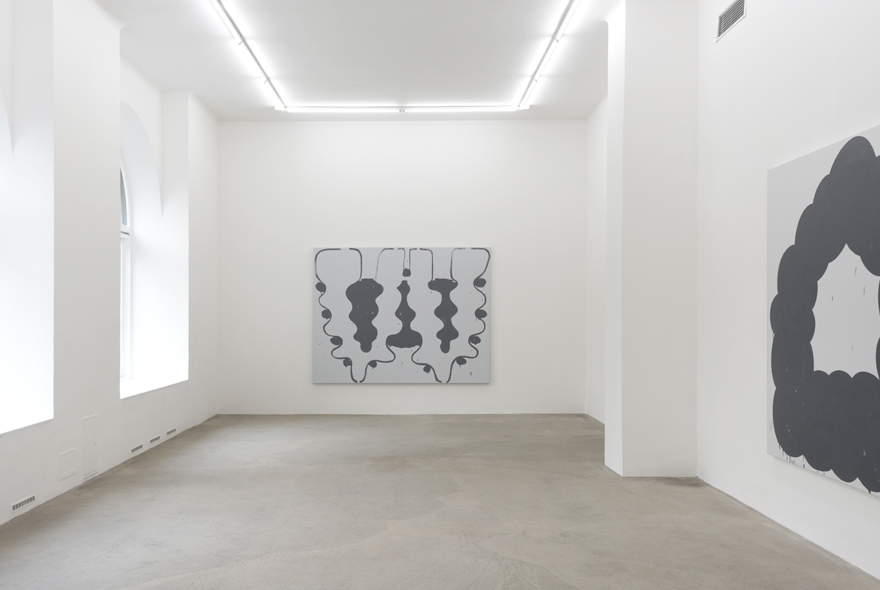 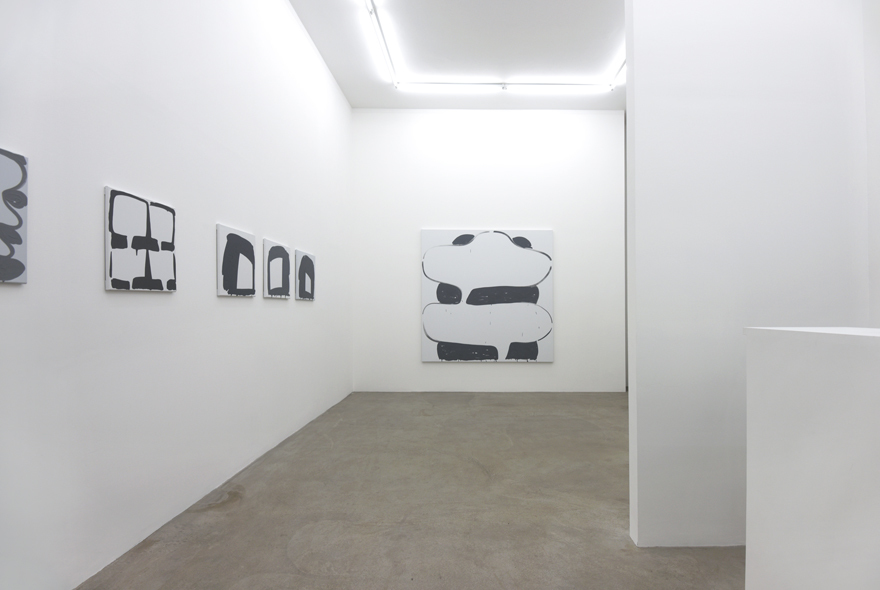 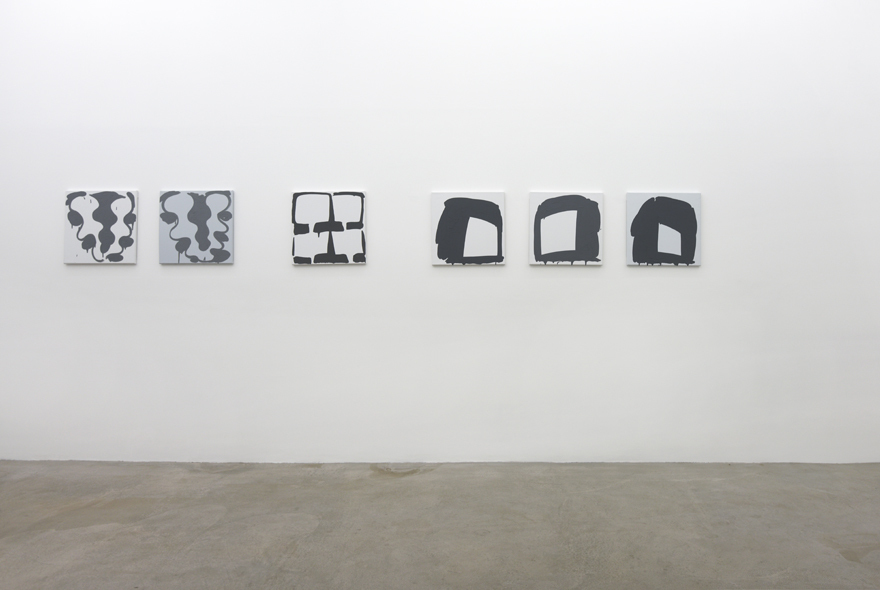 Amy Feldman's abstractions are impactful considerations of form: pure in composition and powerful in subtext. Her paintings serve one-two punches of immediacy and resonance, humor and critique -- compelling the viewer to consider the initial broadcast of image as only one facet of a sophisticated whole. The initial impression upon seeing Feldman's paintings is visceral -- scale, stark contrast of figure and ground, and the expanse of form all grab one's attention -- after which the eye and mind pivot as subtleties are revealed and the malleability of form becomes apparent. What reads as concrete becomes complicated and exploratory. Feldman is consciously reshaping formal traditions in her practice: creating a stripped-down painting language of her own making which, among other intentions, significantly addresses the cultural changes in how images are perceived, and registered, in popular culture.

In Trice Electric, Feldman's second solo exhibition at ANNAELLEGALLERY, the artist presents a new series of paintings which embrace and push the boundaries of figuration, dark humor and ambiguous narrative. Characteristic urgency and vibrancy remain at the core of her works, which make solid allusions to the body, landscape, and architecture. In Goddess Congress, psychedelic triangular shapes are doubled, and then adorned, as if part of the entablature on a formal facade. Her baroque line against the pristine surfaces of her canvases, allows the viewer to see the white grounding as its own negative presence. The uneven and implied borders confuse the viewer's perception and remind us that no thought nor image, ancient or modern, is fully firm.

Feldman is a unique contemporary voice in painting. She is able to bridge complete facility and control, along with deep knowledge of art history, to a rare spontaneity and vigor -- intrinsically connecting the viewer to larger questions regarding painting's potential to distill human experience.