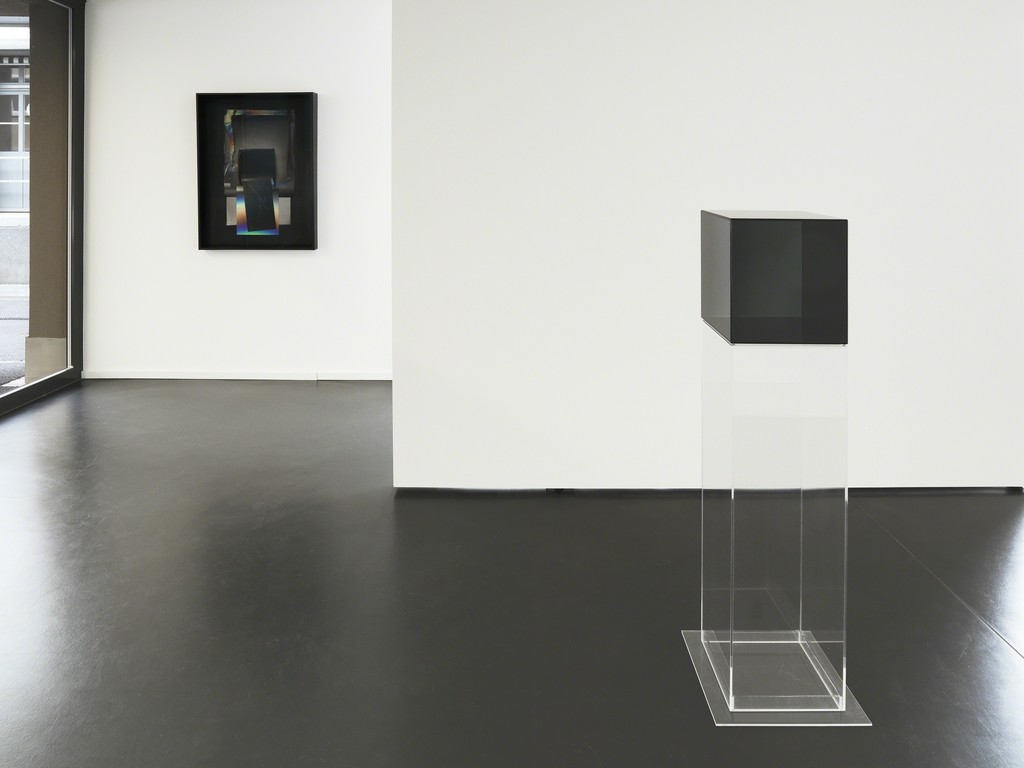 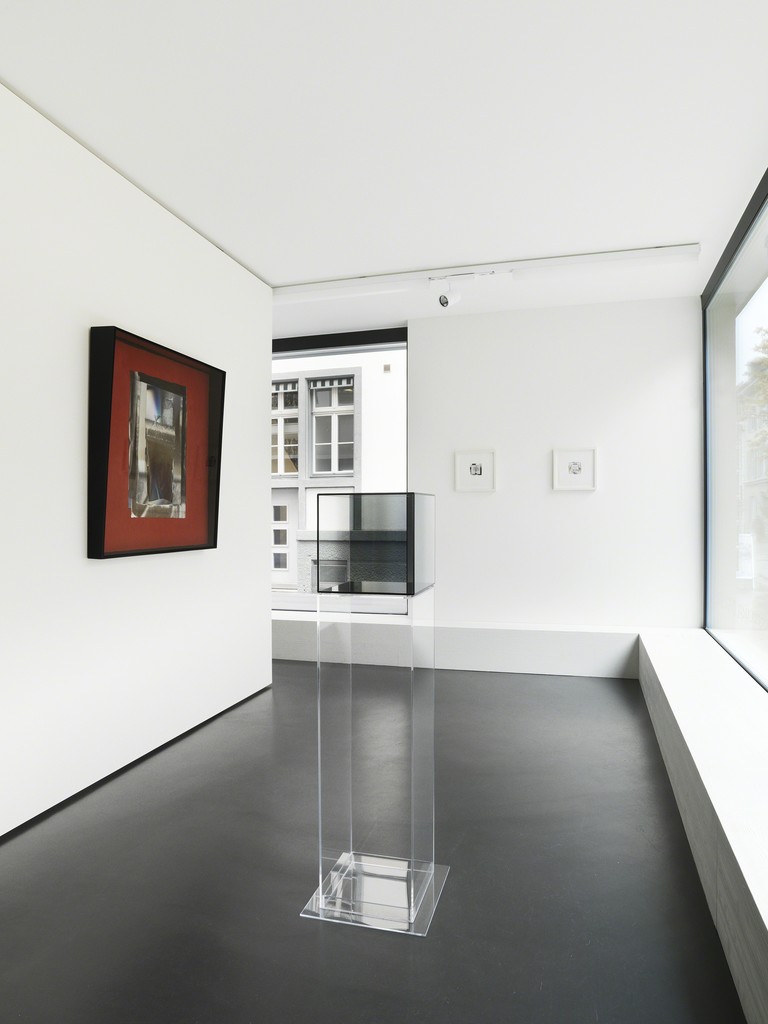 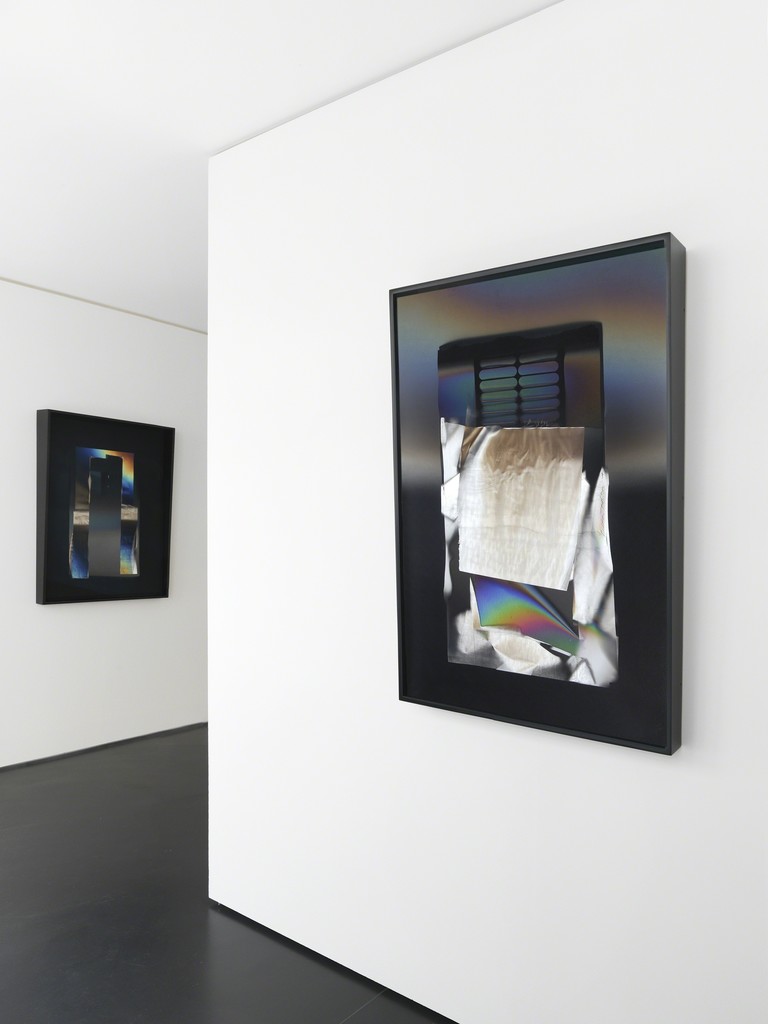 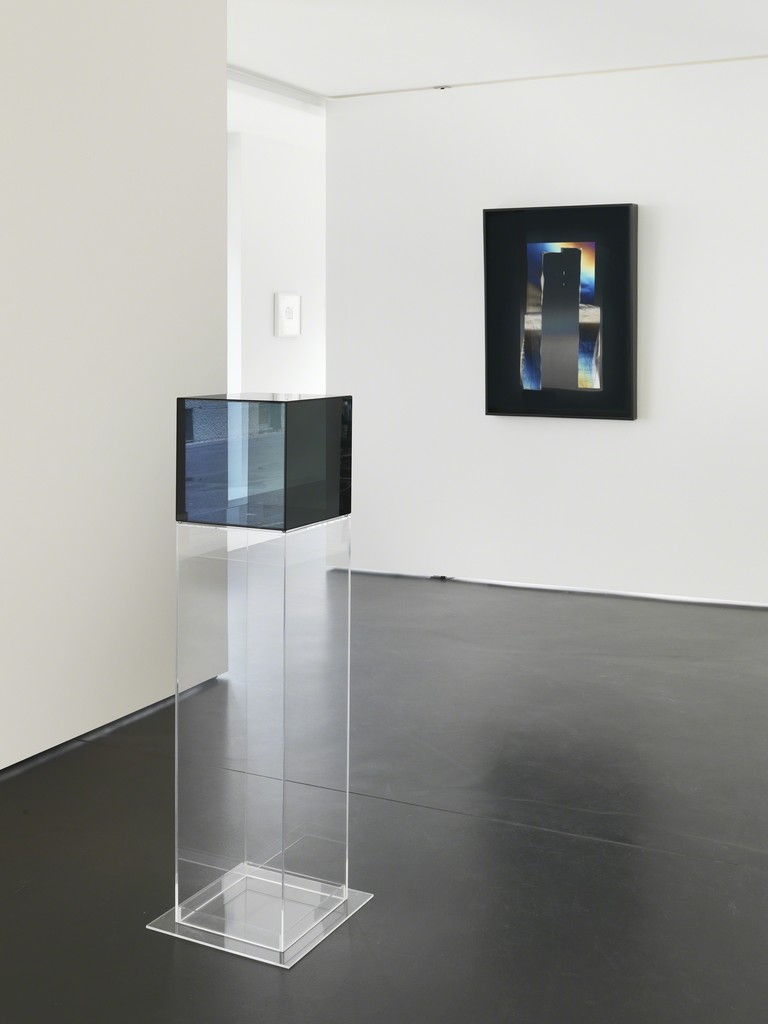 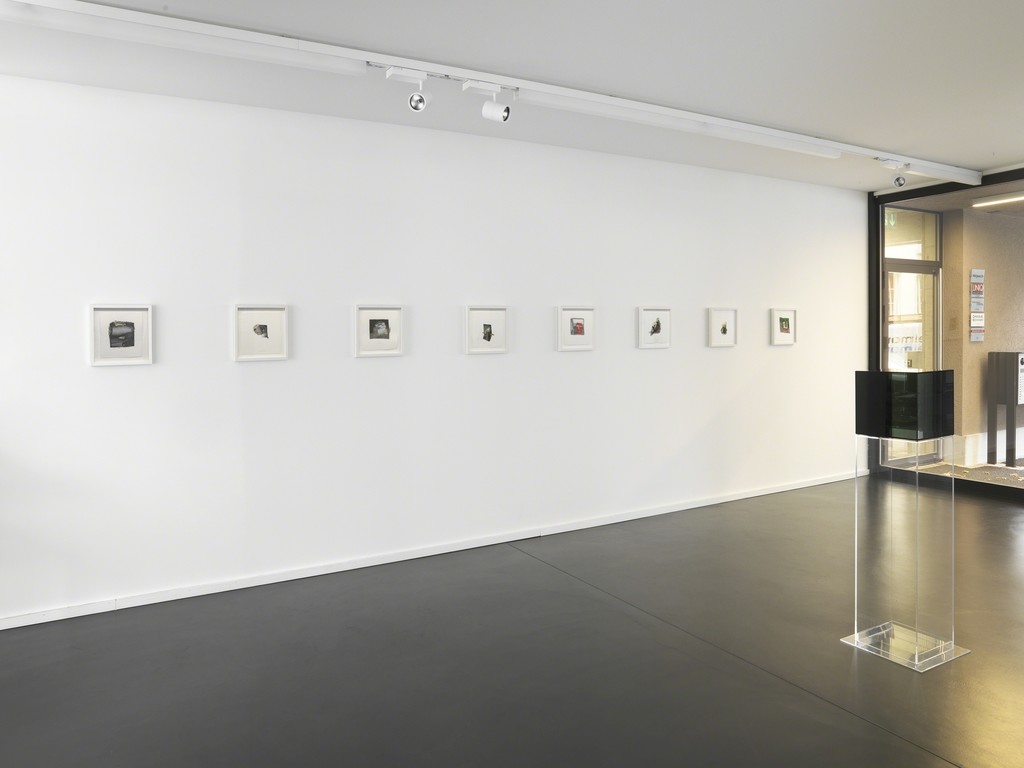 Throughout his career Larry Bell (US, 1939) has focused on the properties of light and space as well as their interaction with surface. He began as a painter in the 1960s, but soon made works with glass and mirrors to produce three-dimensional constructions. Within the West Coast based Light and Space movement, he has incorporated the aesthetics of minimalism and integrated the ephemeral in his practice. Ever since he found an industrial vacuum plating process called 'thin film deposition' he has used it to create glass cubes and large glass sculptures. He explored the light passing through the cubes, being reflected and absorbed, ultimately creating shapes and inner spaces. In the exhibit "Cubes, Mirage Works, Fractions" we revisit works whose clean and sharp edges allow us to see volume, space, color, reflection and depth in both sculptures as well as works on paper.

In making translucent and mirrored 12 inch cubes, Bell creates a private world. As light touches the surface and one moves around the sculpture, various colors, reflections and hues appear and disappear - an ephemeral moment. While we are reminded of our presence through (partial) reflection in the mirrored panel, space is questioned as the properties of physics, spontaneity, intuition and improvisation are incorporated in the making of each panel and ultimate composition of each cube. Each has subtly different levels of transparency and opacity. The reduced form, stripped of all ornamentation is transcendental as it stands on a plexiglass stand.

Future experimentation included depositing film coatings on paper, mylar and other materials in a vacuum environment. The Mirage Works that ensued are on Hiromi paper. They reflect color although no pigment is used. They are tapestries of woven light differentials with a large color palette that includes both bold, iridescent colors and delicate hues. Operating on the same premise as the cubes, they question the nature of perception - their appearance depending on ambient light and the viewer's angle, precipitating an illusion, that is a mirage.

Bell has expanded parts of Mirage Works to create Fractions. These small format collages of fragments of Mirage Works include watercolor and pencil. New shapes, colors and pigments emerge in a 10 inch square paper.