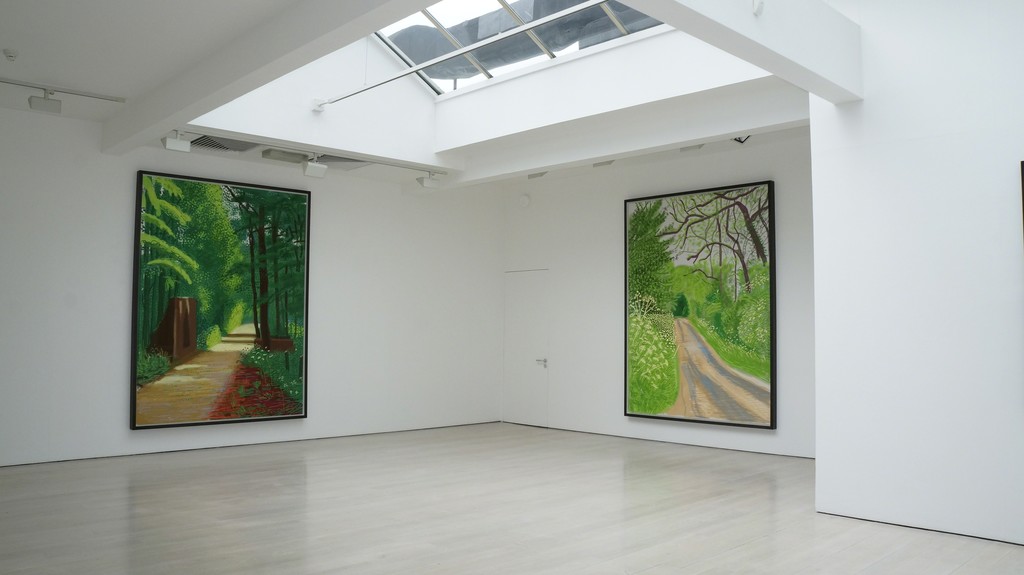 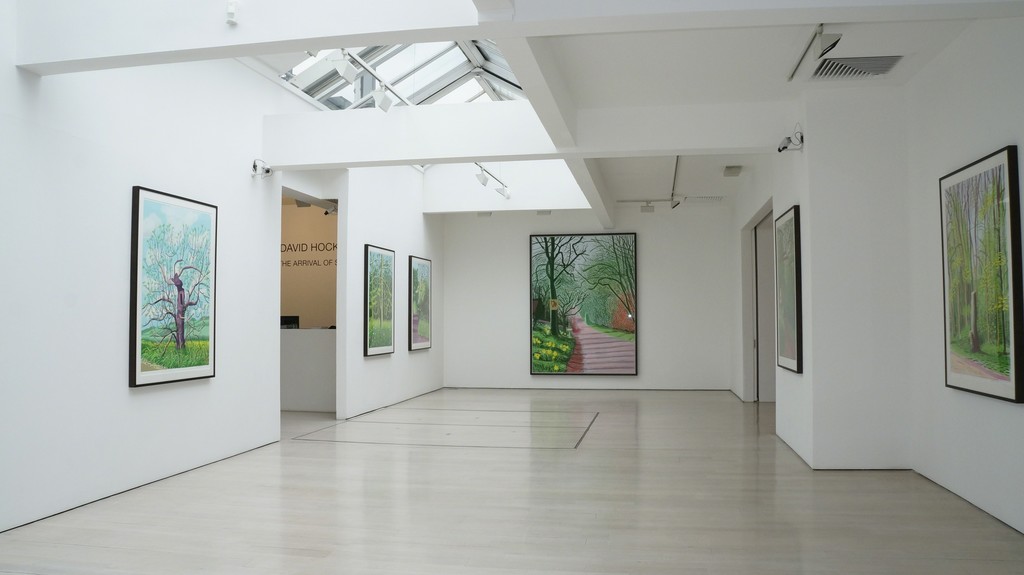 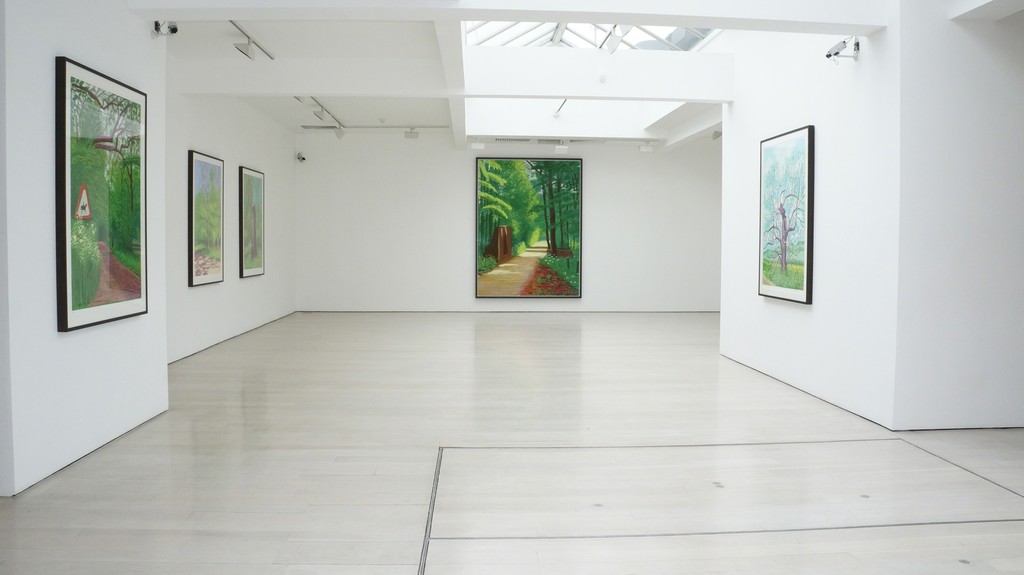 Following our successful David Hockney exhibition ‘Painting and Photography’, which closed on 27 June, a second tranche of iPad prints by David Hockney will go on show at Annely Juda Fine Art in London this summer, opening on 9 July 2015, on David Hockney’s birthday.

The exhibition includes 16 standard sized and 4 large iPad drawings printed on paper from David Hockney's series of the 'Arrival of Spring'. These prints were first shown at the Royal Academy in 2012 in Hockney's successful exhibition 'The Bigger Picture'. The works depict the different stages of the Arrival of Spring from gloomy winter scenes to vibrantly bright spring.

“The color prints are from the iPad. Some took two or three days to draw, and they were all drawn knowing they would be printed bigger. I do think the iPad is a new art form. Much better than a lithograph. Inkjet printing is more vivid—the color stays exactly the same. The prints use an awful lot of pigment. But the bigger they get, they don’t fade, don’t pixelate.”

Born in Bradford in 1937, David Hockney attended Bradford School of Art before studying at the Royal College of Art from 1959 to 1962. His stellar reputation was established while he was still a student; his work was featured in the exhibition Young Contemporaries, which heralded the birth of British Pop Art. He visited Los Angeles in the early 1960s and settled there soon after. He is closely associated with southern California and has produced a large body of work there over many decades. He was elected a Royal Academician in 1991.