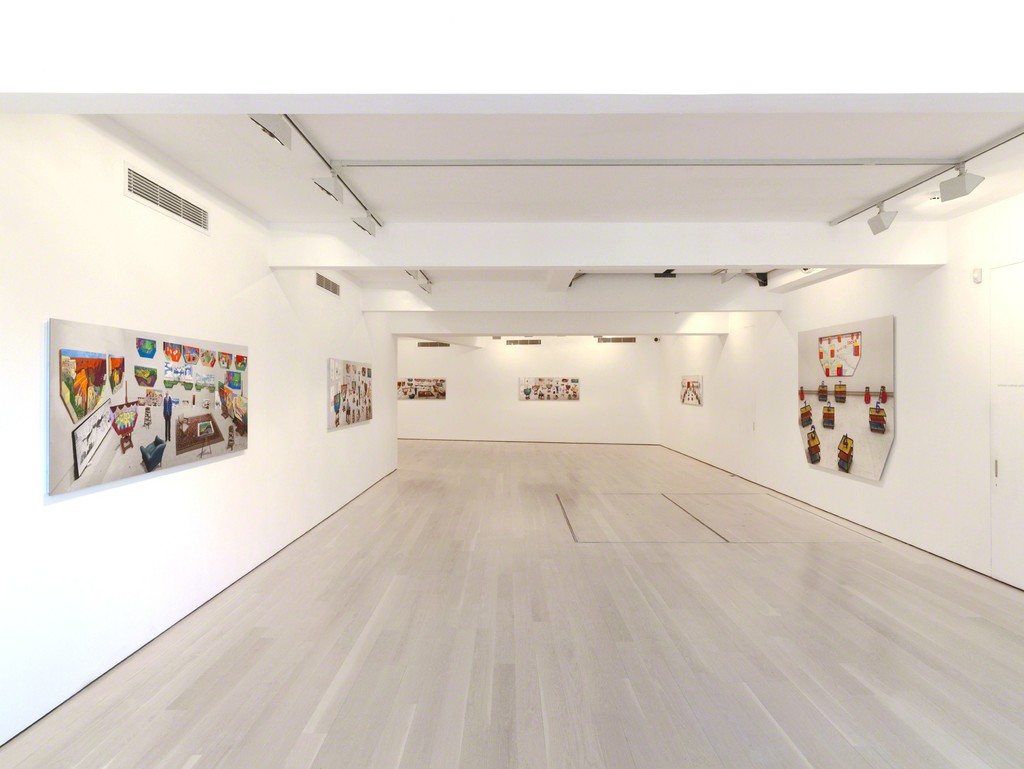 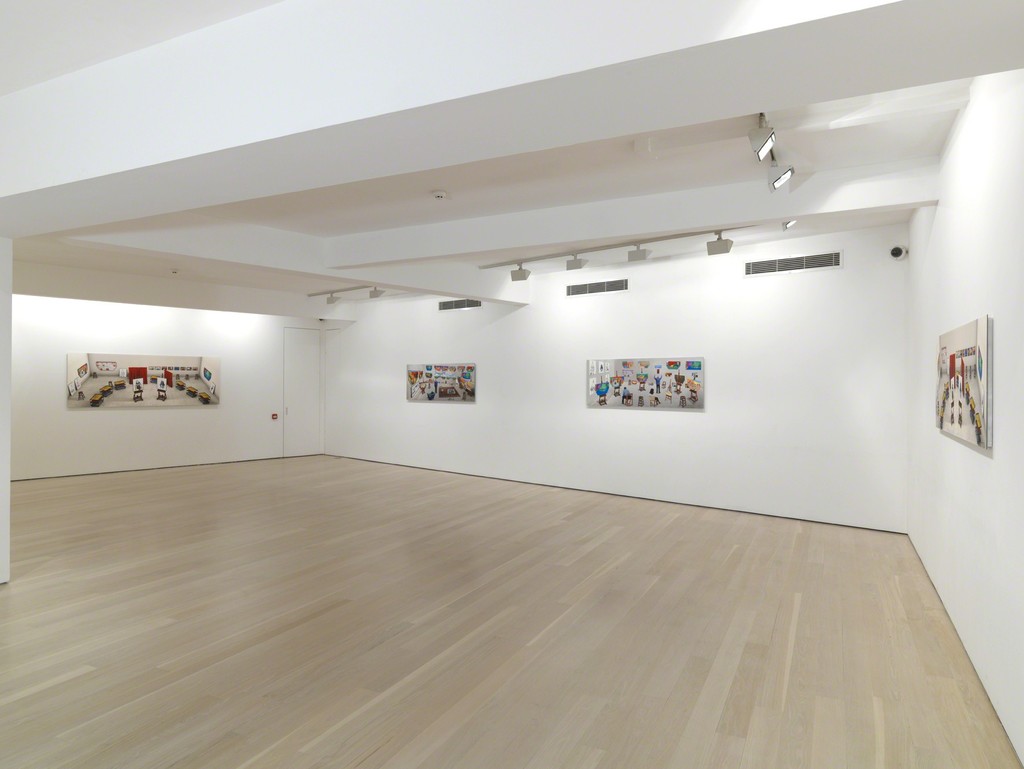 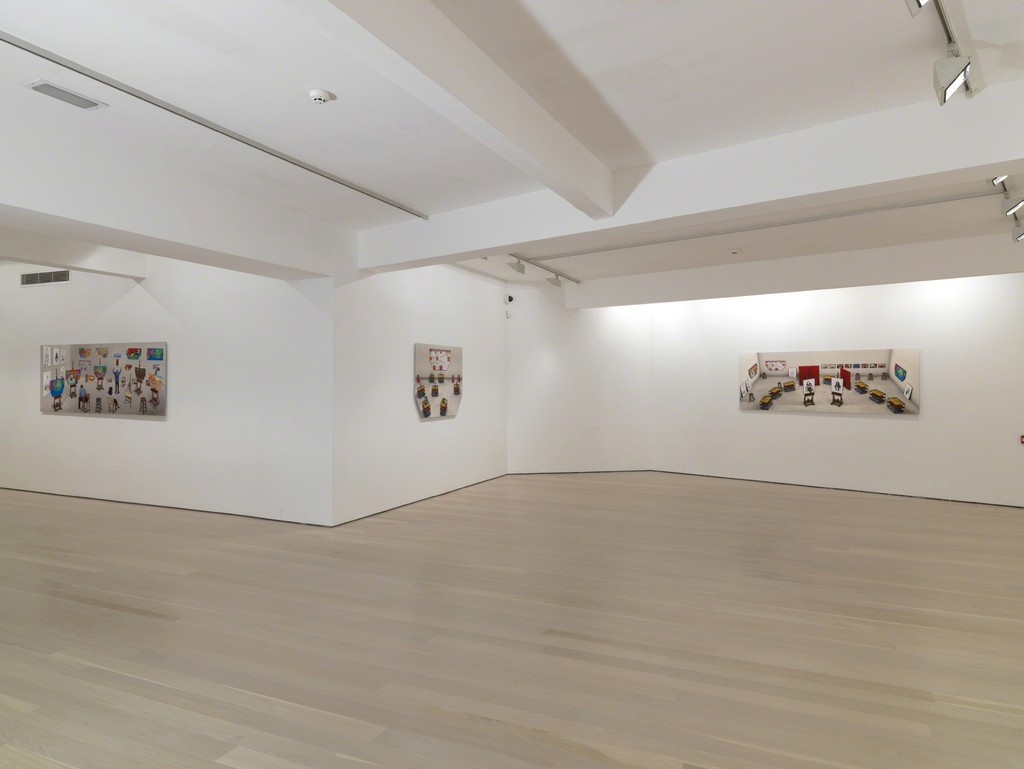 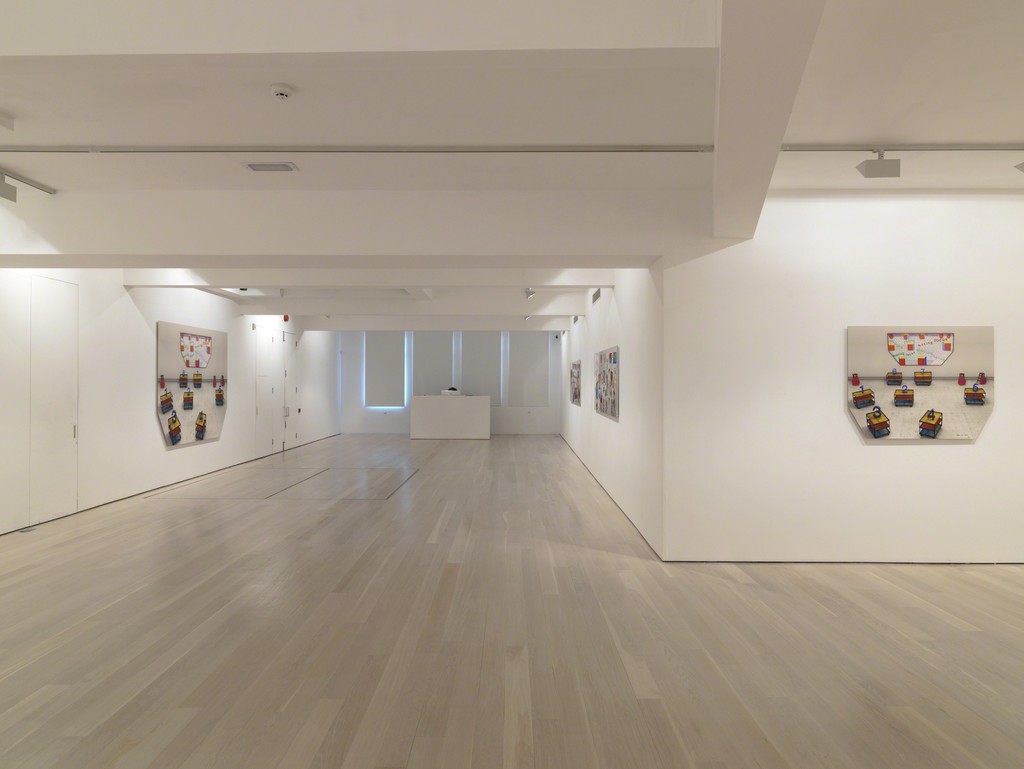 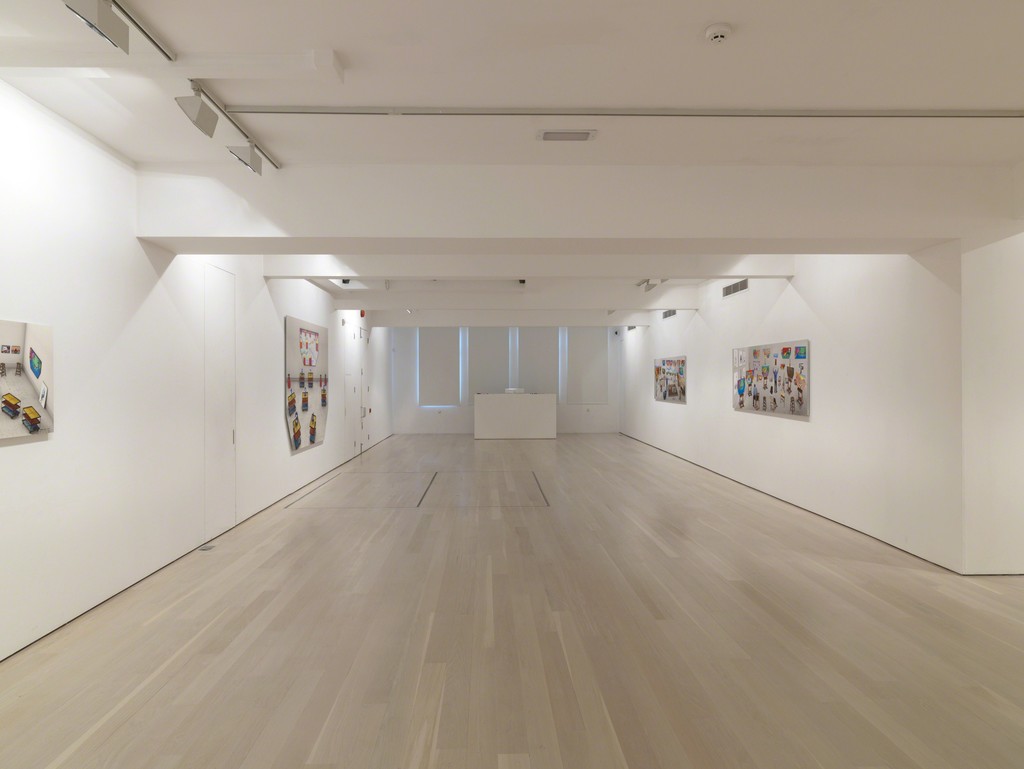 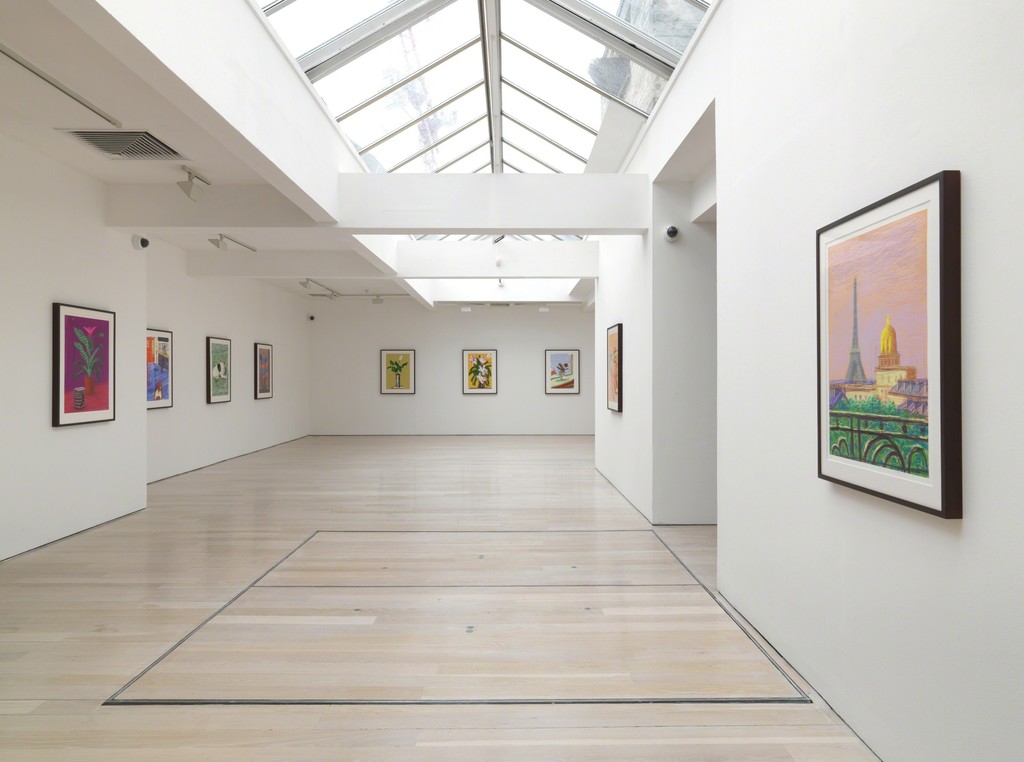 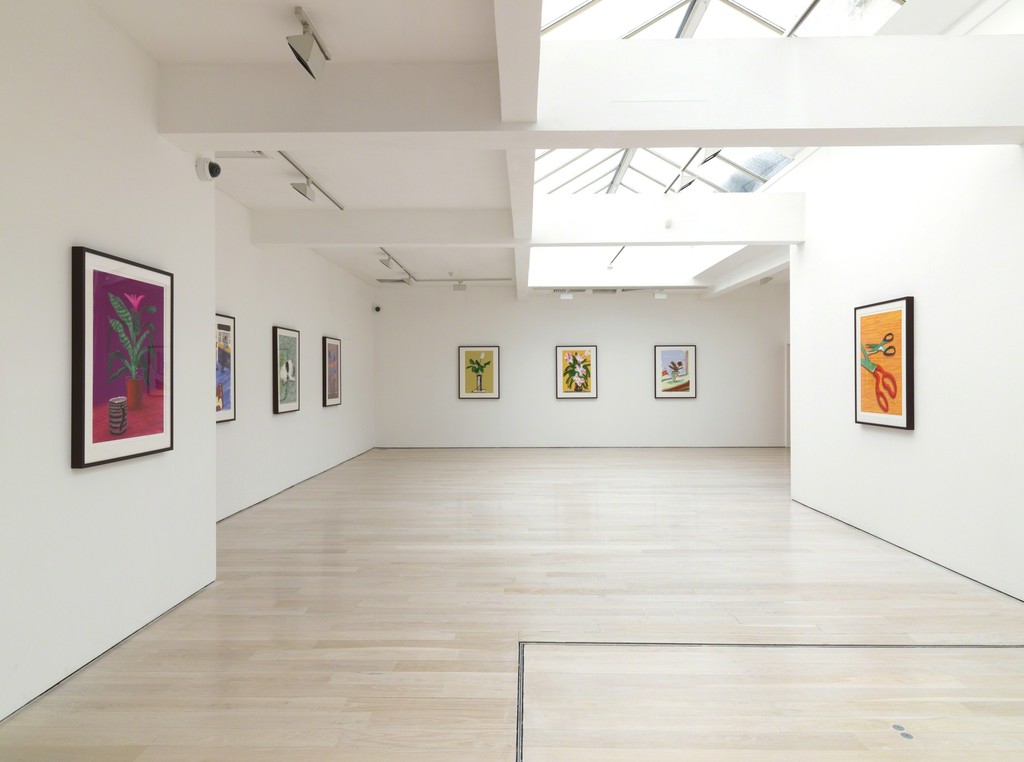 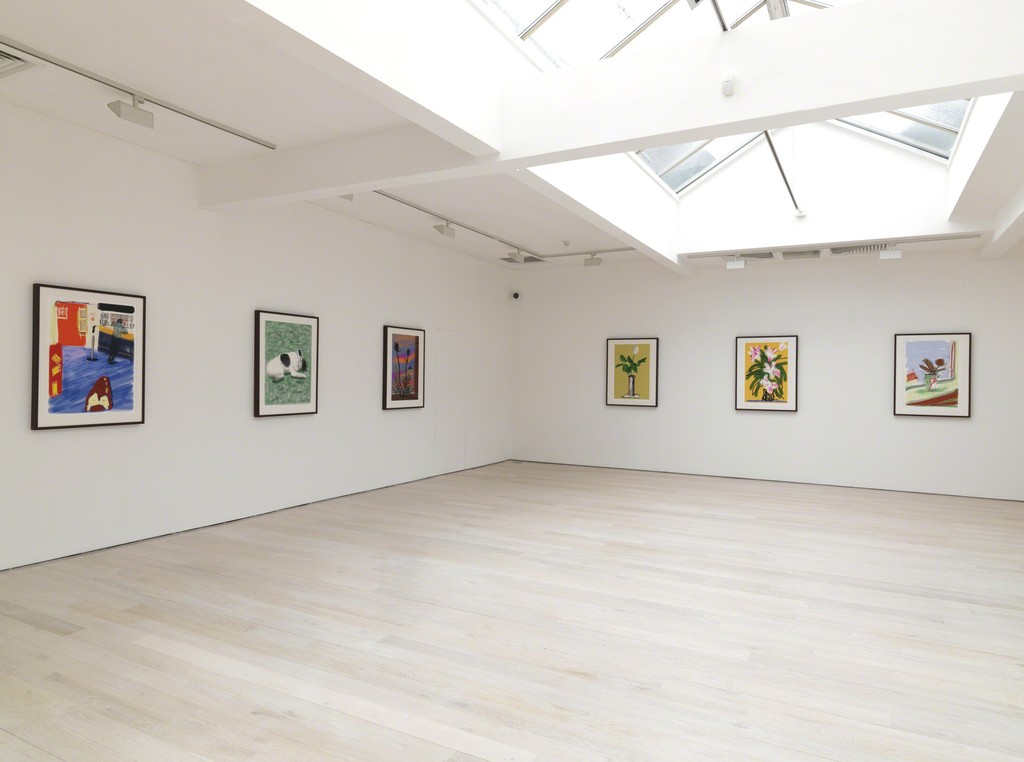 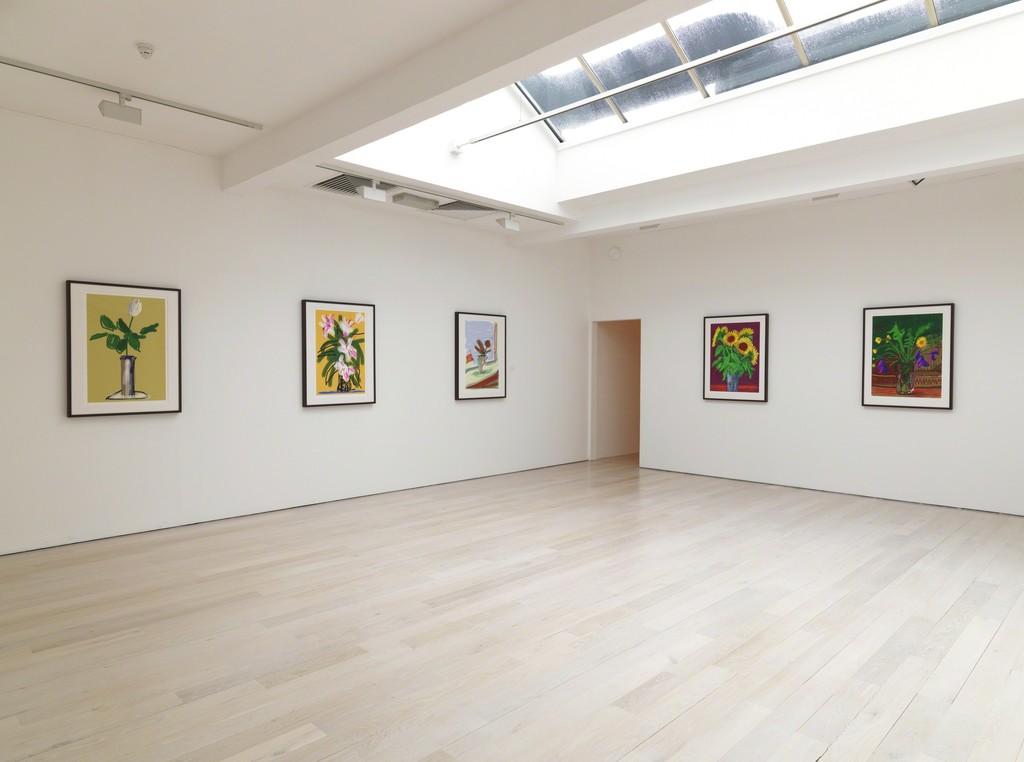 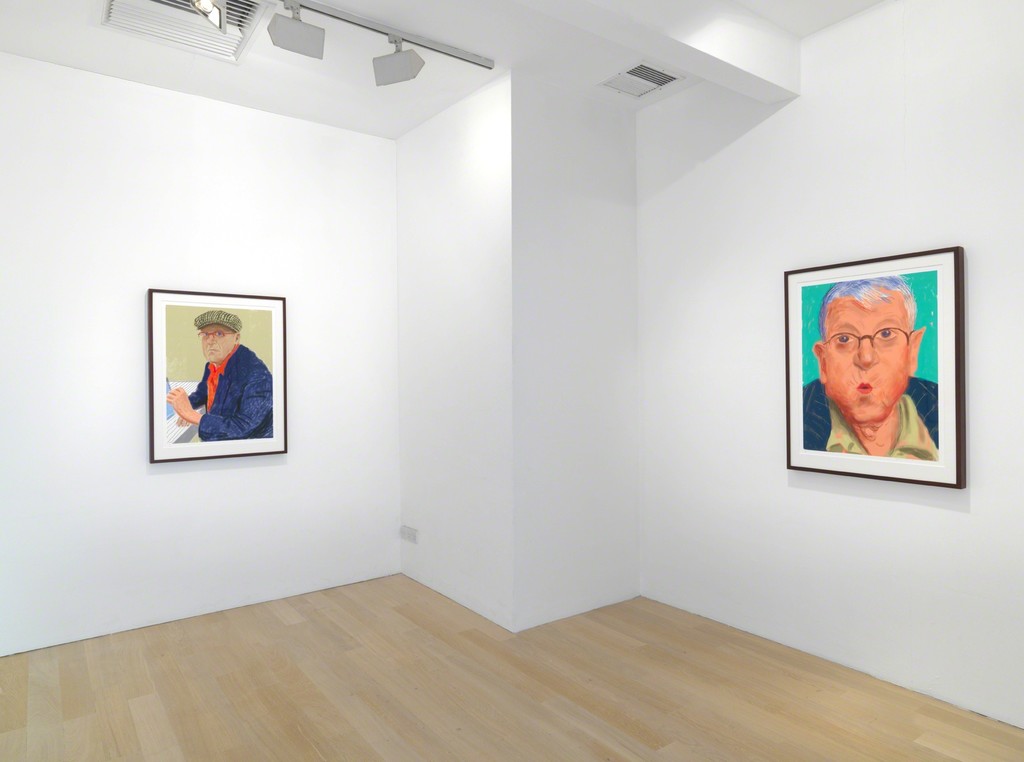 Annely Juda Fine Art is delighted to present ‘David Hockney: iPhone and iPad drawings 2009-2012 and New Photographic Drawings’, which features 27 limited edition prints created either on the iPhone or iPad, along with new ‘Photographic Drawing’ editions. The exhibition will run from 16th July – 31st August 2018.

The 27 iPhone and iPad drawings in this exhibition result from Hockney’s indefatigable interest in exploring the possibilities of image-making, utilising and pioneering new technologies. With his extraordinary eye for detail, he takes the seemingly mundane objects of everyday life and creates imposing images bursting with colour, pattern and line.

The convenience of being able to work with a small hand-held device, such as the iPhone, with endless possibilities of multiple colour and mark-making effects, enables a new intimacy and immediacy seen in this series of images. The artist draws and paints whatever catches his eye, whether a robe hanging on a bathroom door, a phone charger and cable, a vase of flowers, a single wine glass or his own portrait in a reflection. The resulting images portray his mind-set of ‘Love-Life’, creating a visual autobiography of his surroundings.

Also on view will be four new ‘Photographic Drawings’. By making composite images of photographs and paintings, Hockney amalgamates various viewpoints of interior scenes in his LA studio, deliberately altering perspective and throwing our traditional understanding of depth off kilter. Recent works have furthered this exploration by deviating from the standard square or rectangular canvas. This can be seen in ‘Focus Moving’, whereby the six-sided format attempts to further transcend the limitations of conventional space. The printed images are mounted onto Dibond, a type of aluminium, giving them a sense of three dimensionality.

The work in this exhibition conveys Hockney’s ability to depict that which surrounds him with a unique style and viewpoint. It also builds on his unwavering interest in new technology and its ability to offer new ways of exploring our perception of reality. Hockney, who is now in his eighties, quickly became accustomed to drawing on the ‘Brushes’ app on the iPhone and proceeded to draw with an iPad, which he says: “takes it to a new level - simply because it’s eight times the size of an iPhone, as

big as a reasonably sized sketchbook.” Hockney believes the software to be so advanced that it keeps up with the artist’s hand and allows sufficient sensitivity in colour and painterly line. It shows the artist’s skill in minute detail and striking colours. Meanwhile, in the ‘Photographic Drawings’, Hockney furthers his exploration into the limits of single-point perspective, something which has been prevalent throughout his career, from his paintings, photo collages and videos.

David Hockney is one of the most celebrated artists of his generation and is perhaps the most recognised living artist. Recently, a major retrospective of his work was shown at Tate Britain, London (2017); the Centre Pompidou, Paris (2017) and the Metropolitan Museum of Art, New York (2018). The exhibition, 82 Portraits and 1 Still Life is currently on view at the Los Angeles County Museum of Art; the show was organized by the Royal Academy, London (2016) and travelled to Ca’ Pesaro, Venice (2017) and the Guggenheim Museum Bilbao, Spain (2017-8). A number of the iPhone and iPad drawings in this exhibition were first presented in Hockney’s solo exhibition Fresh Flowers at the Musée Yves Saint Laurent in Paris, France (2010), where the drawings were displayed on iPhones and iPads. They were subsequently shown in David Hockney: A Bigger Exhibition at the de Young Museum, San Francisco (2012) and David Hockney: Current at the National Gallery of Victoria, Melbourne, Australia (2016). ‘Jumbo’ and large versions of the ‘Photographic Drawings’ are currently on view as part of the Summer Exhibition at the Royal Academy, London.