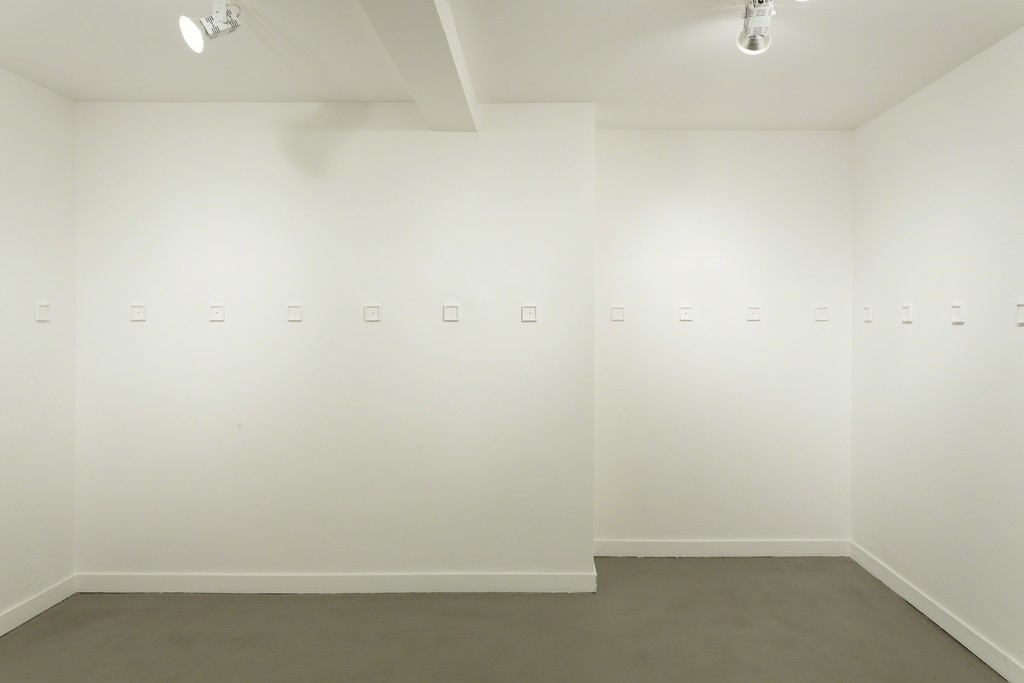 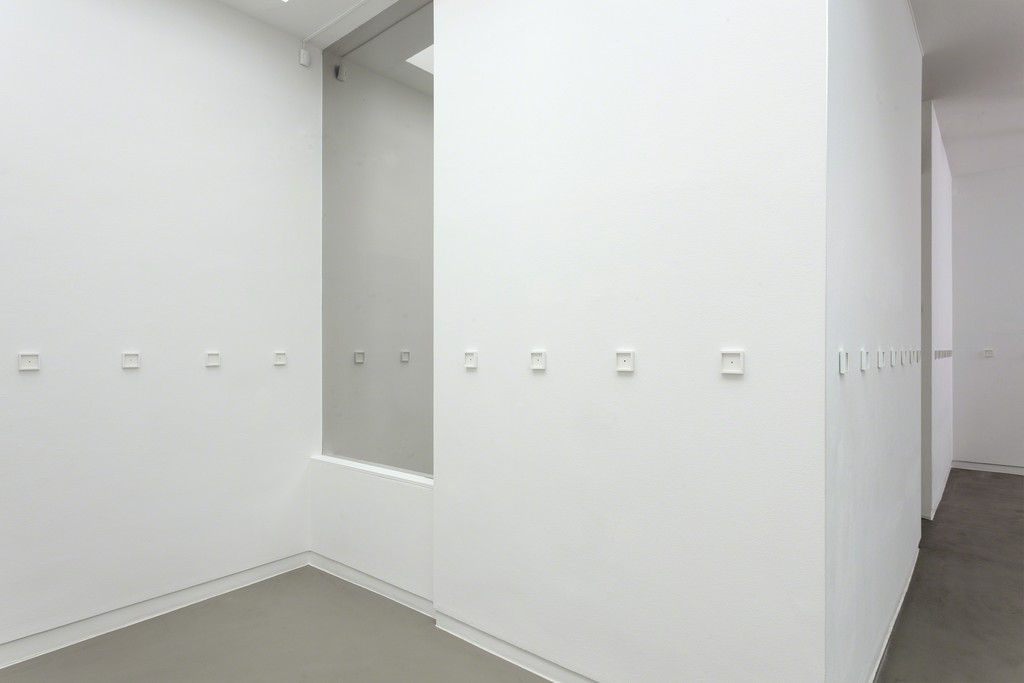 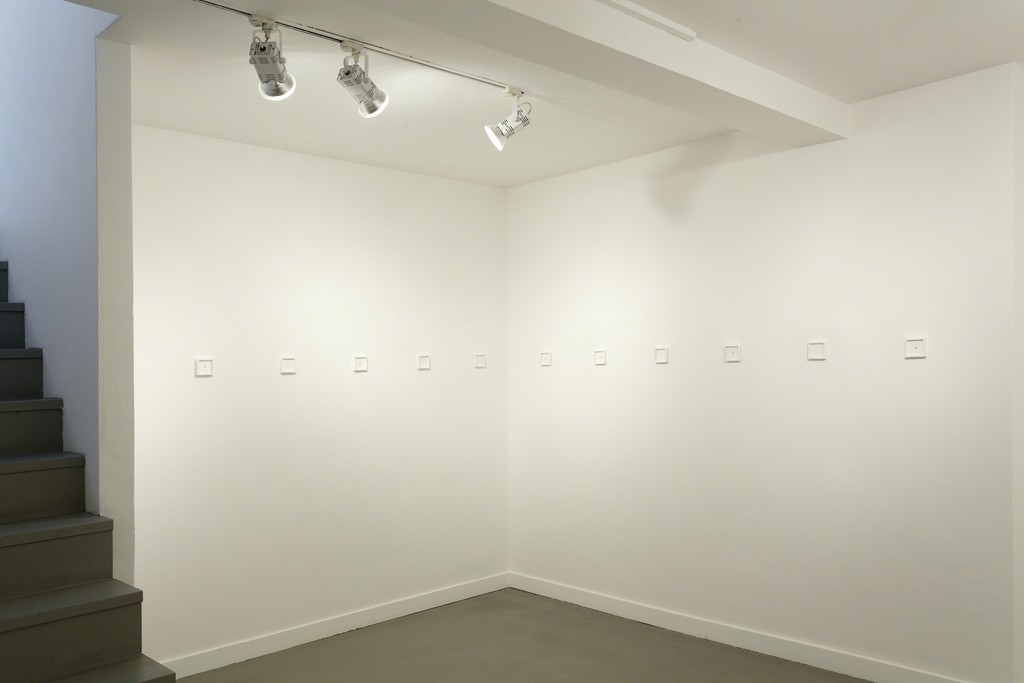 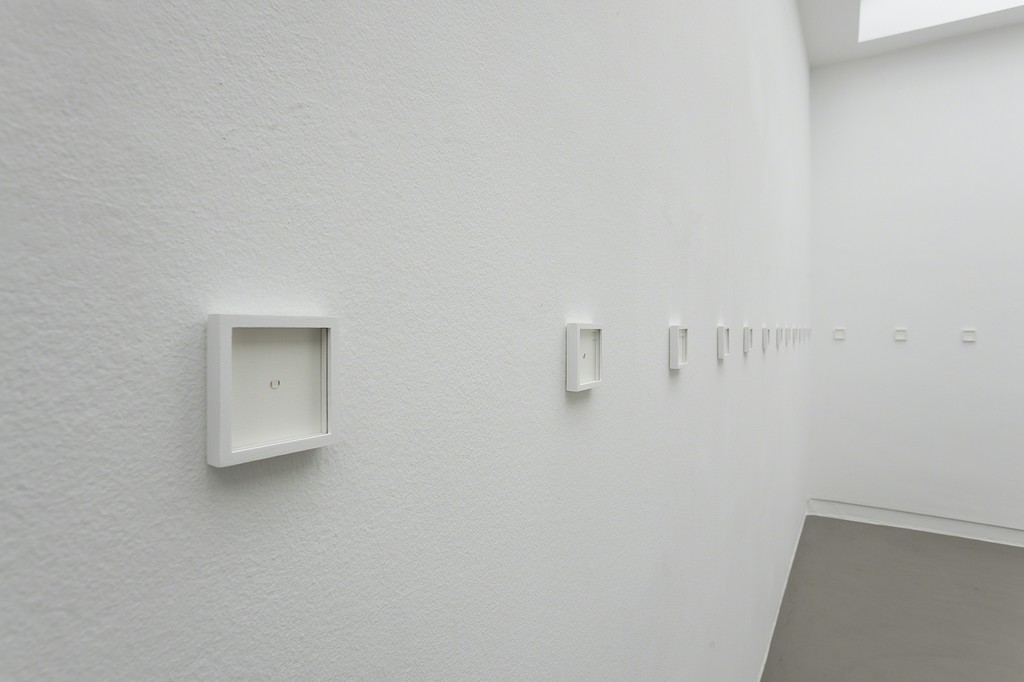 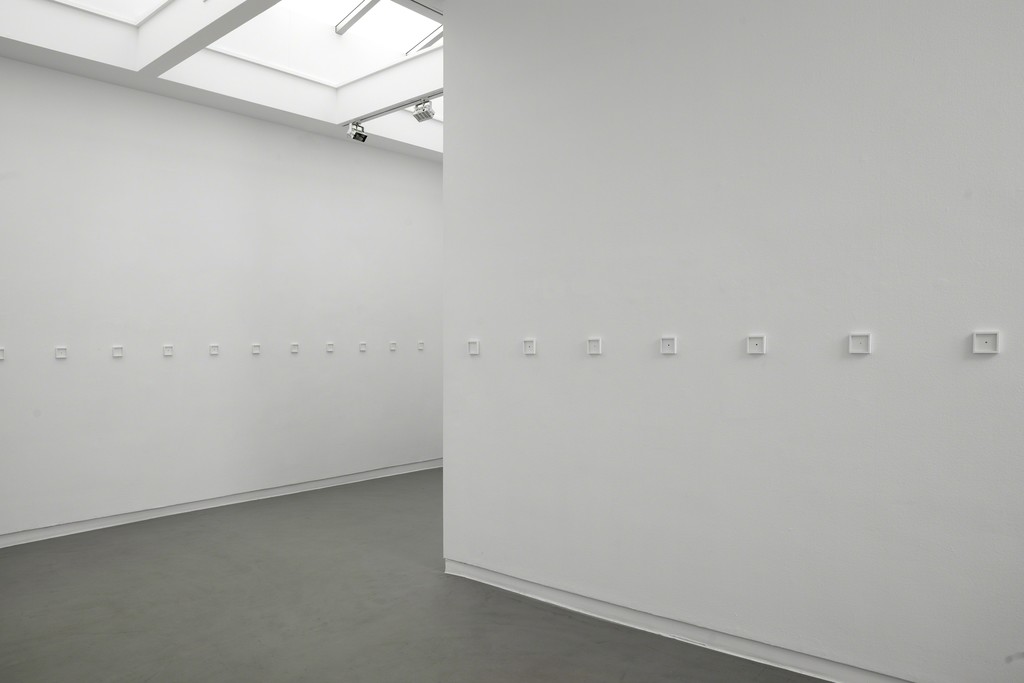 Annet Gelink Gallery proudly presents its second solo exhibition by Wilfredo Prieto: Loophole. Wilfredo Prieto (Sancti-Spiritus, Cuba, 1978) is often described as a baroque minimalist. In his work, the artist makes use of a maximum of narrative power, meaning and emotion with minimal use of form and materials. With this extreme minimalism and spontaneity, Prieto evokes questions about the complex simplicity of reality and the everyday. His oeuvre is also characterised by sarcasm and self-mockery. Just as in previous works, Prieto here once again gives a new meaning to familiar and ordinary objects.

Loophole is an exhibition that arises from the idea of creating a series of works from documentation surrounding the artist’s life and experiences that is common to every other person. The show consists of a multiplication of images created with a hole-puncher, exhibited in one straight line, putting emphasis on the most traditional way of displaying an artwork.

The artworks on show in the main gallery space and in The Bakery span from Prieto’s own belongings to other common, widely known and accessible objects. For this exhibition, he selected 100 fragments of his environment, taken from random places and moments. He works by extracting details from different things such as the artist’s own Visa application photo, a Mastercard, a 3 Peso bill with Che Guevara on it, an airplane ticket from Havana to Milan or a copy of a painting by Cézanne found in a catalogue from a public library.

With this simple action he disrupts the material of the original objects and, if those are publicly accessible, he creates a new personal story in a different place. With this thought his central idea reaches its final complexity.

Loophole also refers to this never-ending reaction created by Prieto’s acts of vandalism: taking reality as its origin and using a fragment of it to create an abstract artwork. This abstract work takes you back to the original work, which is now eternally changed. This is a symbolic act of how a loophole allows an individual to use some gap in the restrictions or requirements of the law for personal advantage without technically breaking the law. It then becomes a resistance against the system.

With Loophole, Prieto takes his work one step further in the direction of the minimal by creating something as subtile and simplified as a punch-hole, yet filled with intense meaning and depth of theory.