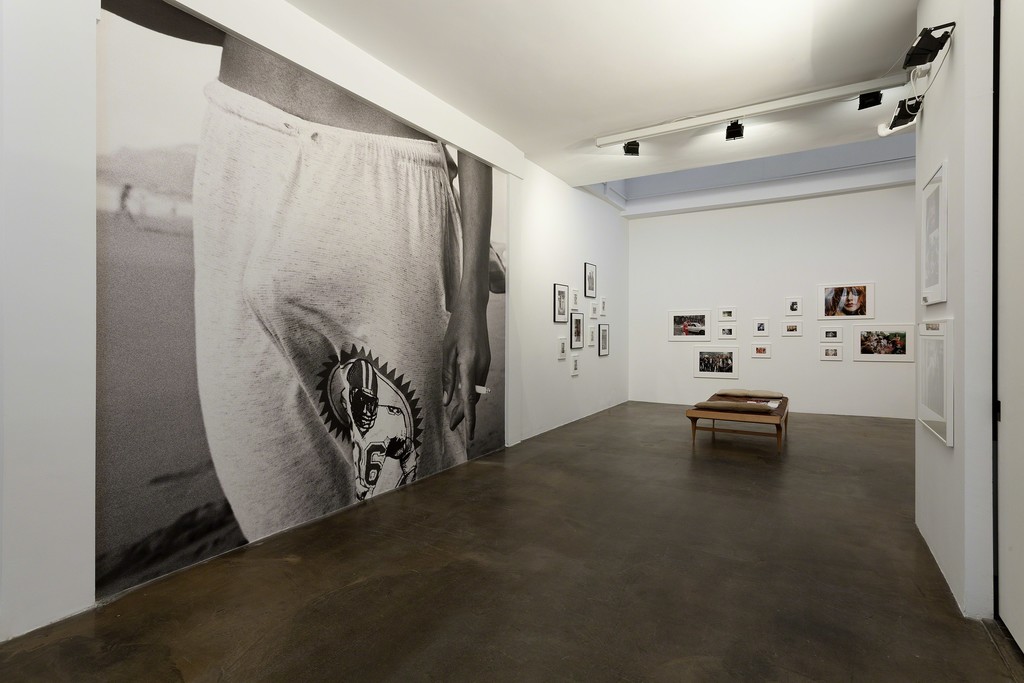 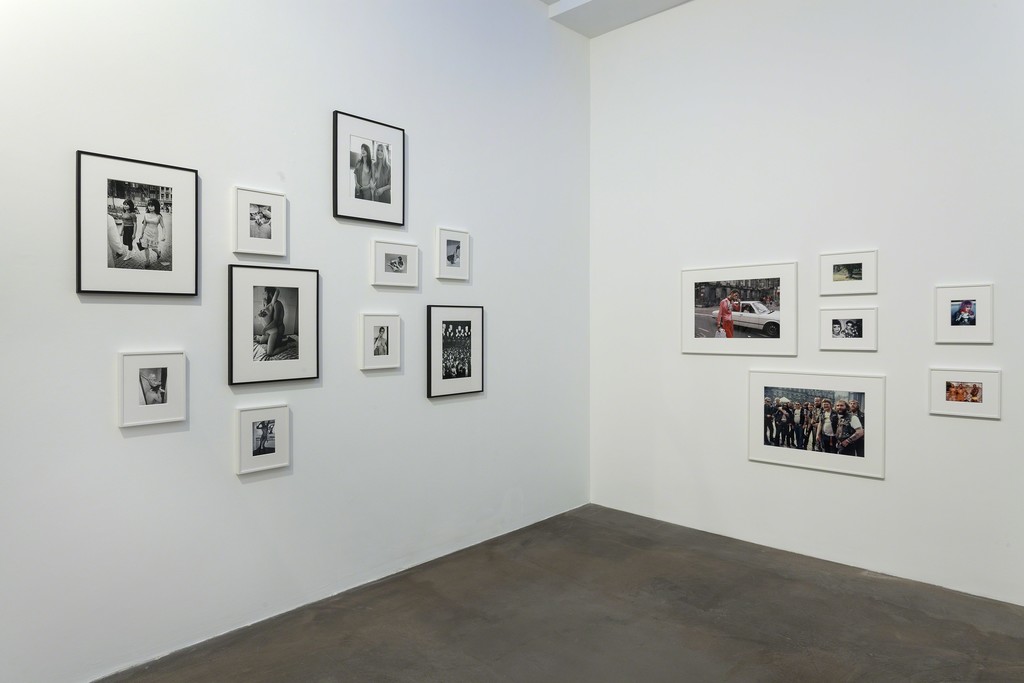 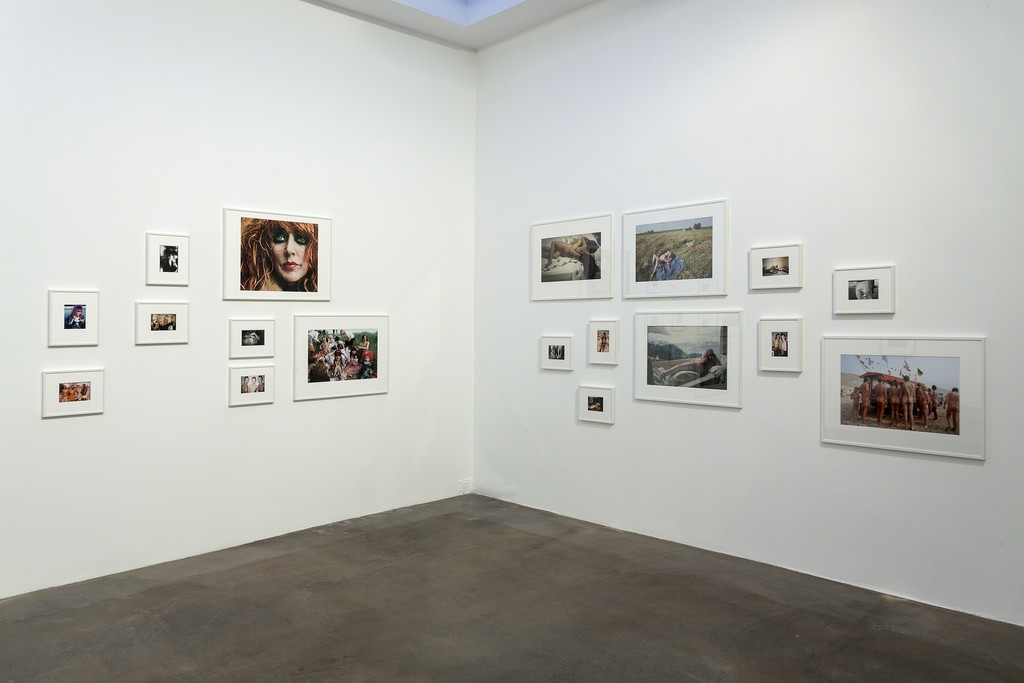 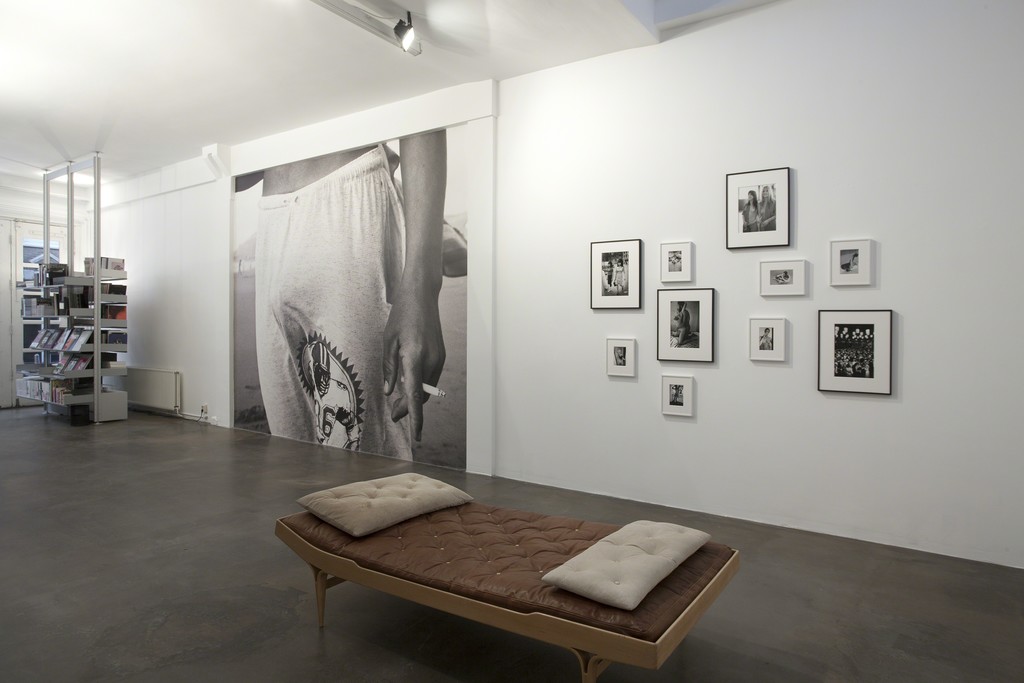 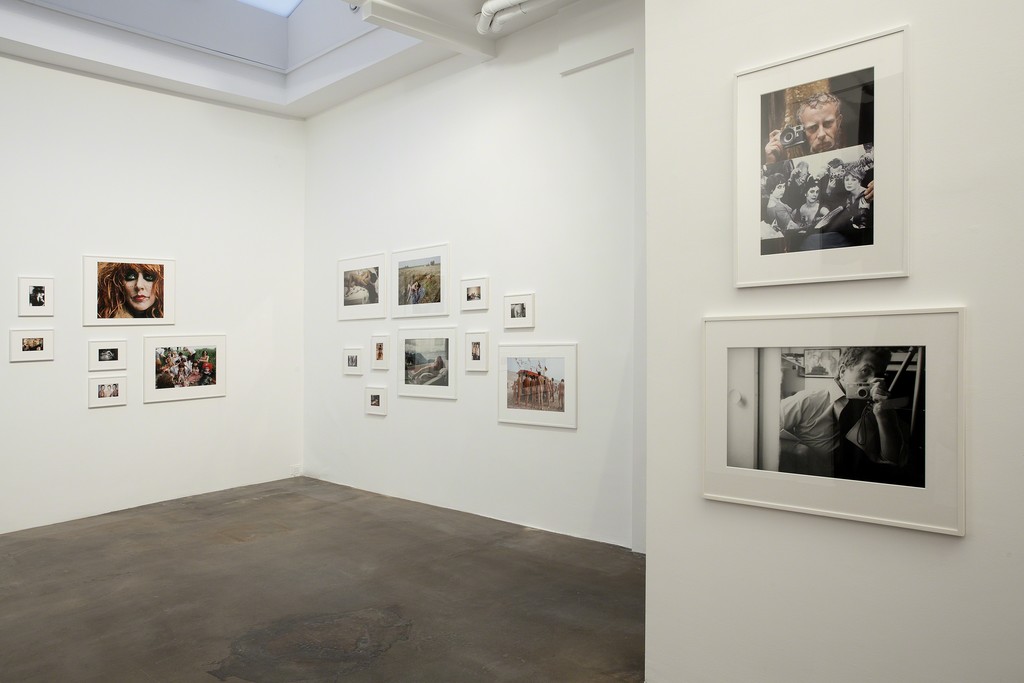 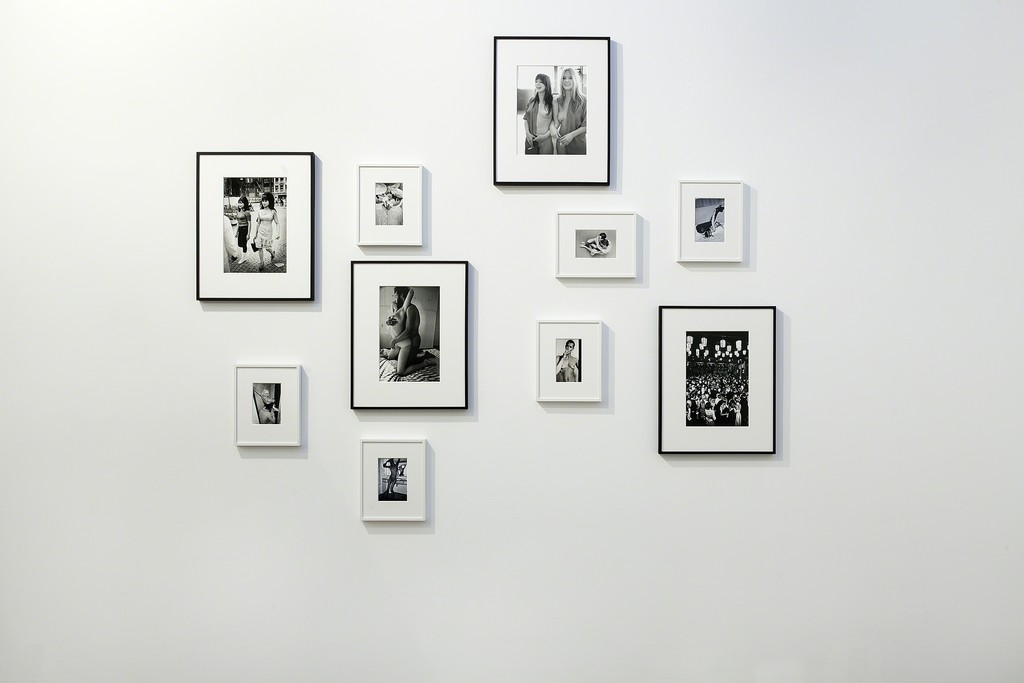 The invitation for this exhibition sets the tone. The two photos rhyme with one another convincingly. Each catches two women going about their business – the one on the left, by Mario Testino (1954), the one on the right by Ed van der Elsken (1925-1990).

In 1997, Testino photographed the models Stella Tennant and Kristen McMenamy while they were changing during a Dior fashion show in Paris. The unguarded moment undermines the glamour of fashion. In 1966, Van der Elsken saw two strikingly dressed young women in Dam Square in Amsterdam. He followed them, and took a number of shots, of which this is one. The photo documents the changing times in which women were beginning to dress more daringly, as skirts became shorter and the taboo against women wearing pants crumbled. The dialogue makes it immediately obvious that the fashion photographer Mario Testino also has an eye of a street photographer, and the street photographer Ed van der Elsken had an eye for fashion. Me and You also shows how photographers who come from different eras and different continents can be kindred spirits.

Since the early 80s, Mario Testino has admired the work of Ed van der Elsken. Earlier this year he organized an exhibition of Van der Elsken’s work at MATE, his own museum in his birthplace of Lima, Peru. Drawing from this exploration, he has now made a selection from his oeuvre, and from Van der Elsken’s, for the Ed van der Elsken Archive of Annet Gelink Gallery. These selections zoom in on the photographer as flâneur, who is not out for that one perfect photo, but to capture unique and unforgettable moments. ‘I always need to find that unique moment, not the perfect one,’ says Testino. Those could have been Ed van der Elsken’s words too.

Ed van der Elsken’s photo of a group of men in leathers, apparently motor mice, is one such unique moment; the photo by Mario Testino of the boys from Brazil on a boulevard in Rio de Janeiro in another. Though guys indeed, but right through all that display of masculinity, the photographers have also recorded the friendship between these macho men.

Me and You is a revue of unique moments. Both photographers for instance capture the intimacy of the sexual act and the passion that can accompany it. In the photos that Ed van der Elsken made in Japan and Surinam the couples having sex lose themselves in each other. Testino’s photo of the couple having sex in a park reveals how irrepressible passion can be, that it must be consummated here and now, without a thought for where, or who might be watching. The lust for life is at the heart of these photos. The same empathy can be found in the nudes by both photographers. It is intimacy and vulnerability, and not the erotic or pornographic aspect that dominates these images.

The unique moments that Mario Testino has selected for Me and You are comprised of never previously exhibited photos of his own, and less well-known images by Van der Elsken. That is what makes Me and You so unique.

Mario Testino OBE is widely regarded as one of the most influential fashion and portrait photographers of our time. His photographs have been published internationally in magazines such as Vogue, V Magazine and Vanity Fair. His work has been exhibited at museums around the world, among them the Museum of Fine Arts in Boston (In Your Face, 2012), the Shanghai Art Museum (Private View, 2012), Museo Thyssen-Bornemisza in Madrid (Todo o Nada, 2010) and the National Portrait Gallery in London (Portraits, 2002). Solo exhibitions of his work have been presented at galleries such as Timothy Taylor in London, Mary Boone Gallery in New York and Yvon Lambert in Paris. More than sixteen books have been published on his work including, Any Objections? (Phaidon, 1998), Portraits (National Portrait Gallery, 2002), Let Me In! (Taschen, 2007), In Your Face (Taschen, 2012) and SIR (Taschen, 2015).