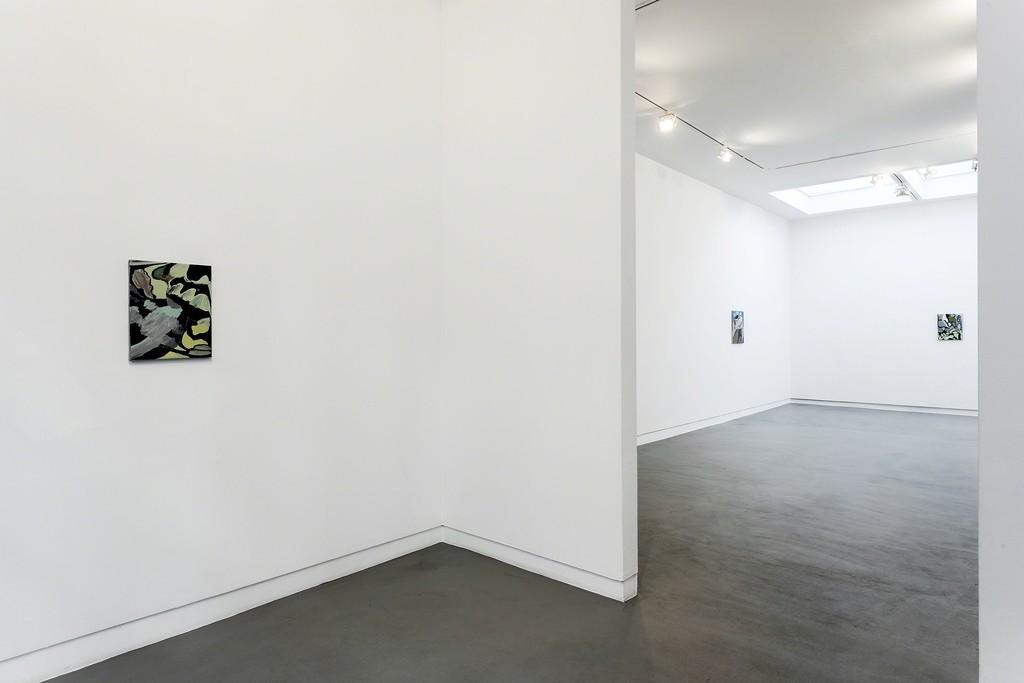 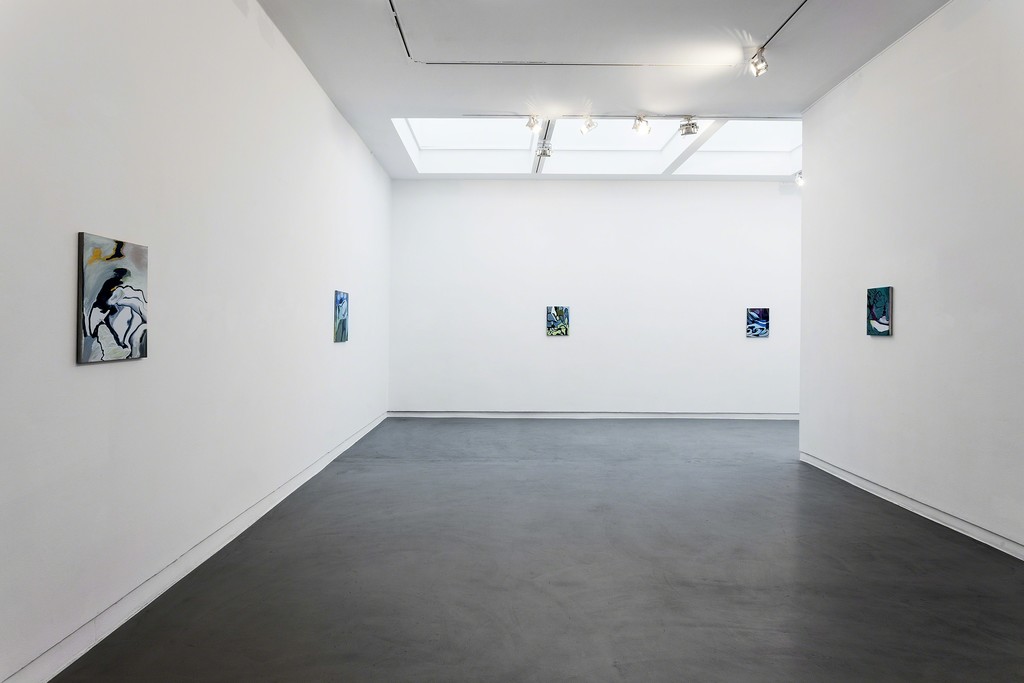 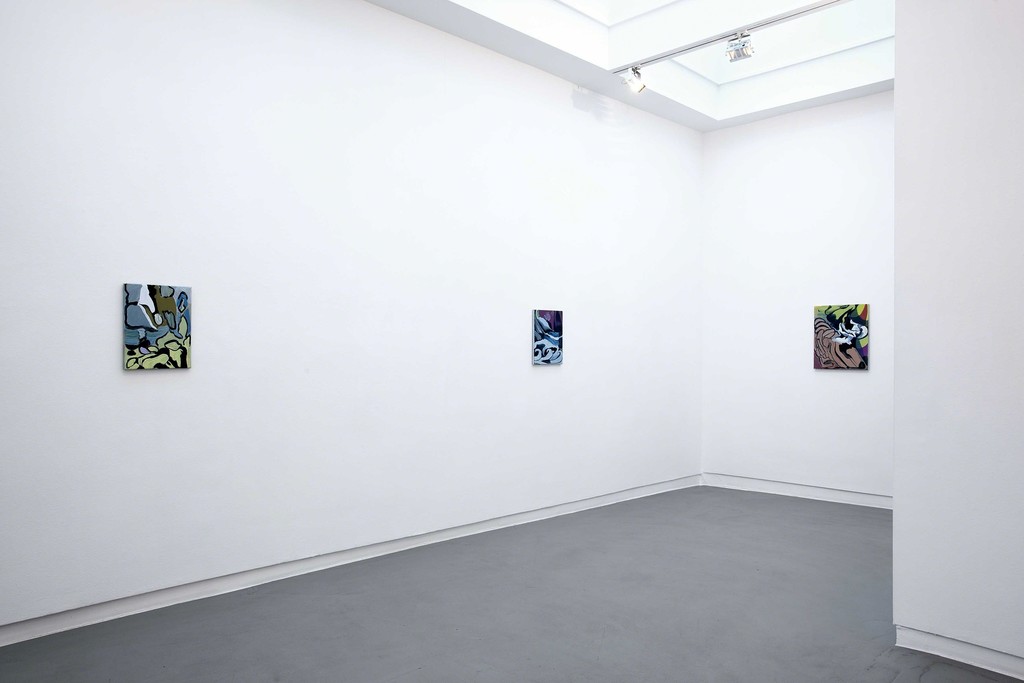 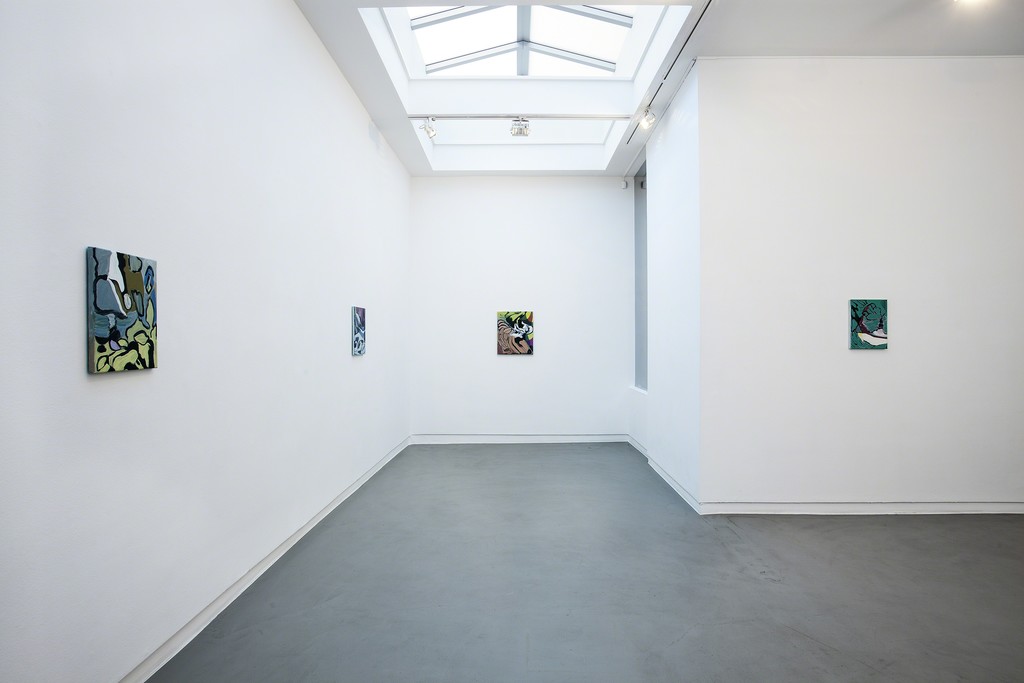 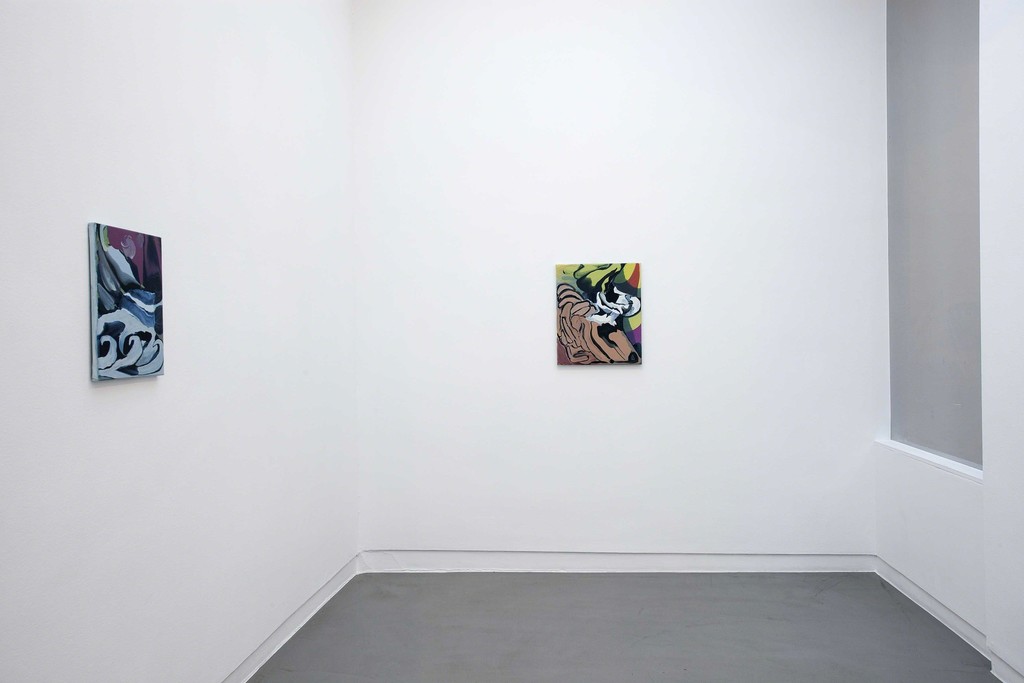 Annet Gelink Gallery is delighted to present Si tu sors, je sors, the first solo exhibition of Dutch painter Rezi van Lankveld (1973, Almelo, NL) with the gallery. Van Lankveld starts at Annet Gelink Gallery with a series of striking fresh paintings that display a new evolution in the artist’s work. Exchanging her style of fluid colors with the occasional use of brushstrokes, Van Lankveld here presents a series of paintings in a vivid array of painterly elements.

Rezi van Lankveld’s new body of work consists of singular and autonomous entities and it is neither a depiction of the world nor an illustration of a story. The motivation behind these paintings is the excitement and expectation of the unknown. Each of them consist of several layers of paint that are being applied and removed continuously, adding and taking away at the same time, in order to build form and image that have to come to recognition. The liquidity of paint is used as the medium of constant improvisation: allowing the paint to flow and create something unexpected, which makes each painting a new experience.

Figures are always present in Van Lankveld’s paintings, as without a figure the painting would not exist. That they are ambiguous, not obvious at the first glance, is intentional: most important is first to see the painting as such. Finally, the picture bears a figure, which is its subject. Depicting the figure in a way that it allows the subject and the painting to become one.

Brown Sun (2015), a painting about a new life, depicts a figure in a dress with white light falling on it, stepping towards the brown sun. This female character stands on top of two other figures depicted in yellow: a man holding his hand in front of the woman’s mouth as though he gives her something to eat.

Hence, these works are projections of the painter’s inner world that draws the viewer into an imaginary realm. Each composition is densely inhabited with anthropomorphous figures arising from the layers of paint. They engage the viewer in an intimate and condensed dialogue. Focused and detailed, the paintings directly appeal to the senses and imagination of the onlooker: they compel one to recall concealed memories. The visual effects trigger that part of us that creates a complex feeling instead of a tale, without the viewer being aware of the initial inspiration behind the painting. In other words, the viewer’s subconscious automatically engages with the artist’s suggestion of a certain existential mood.