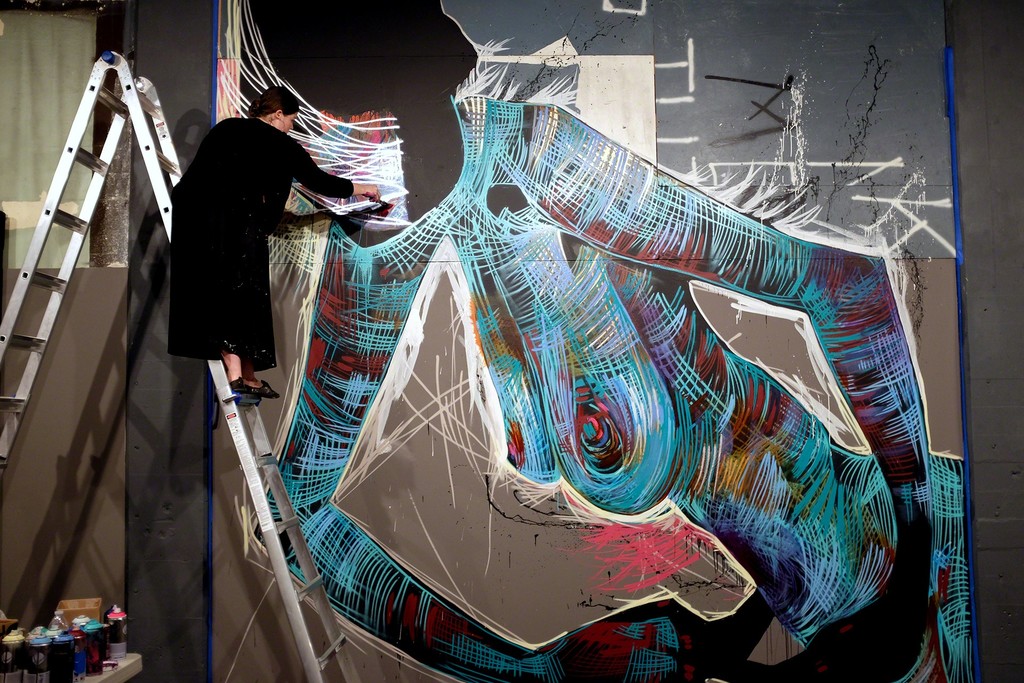 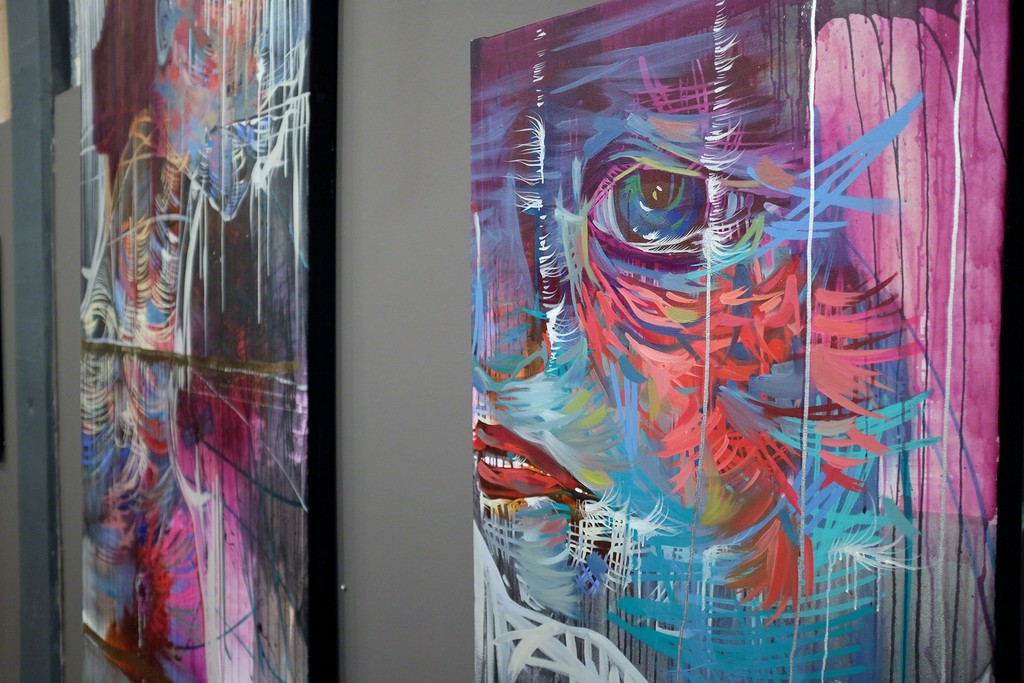 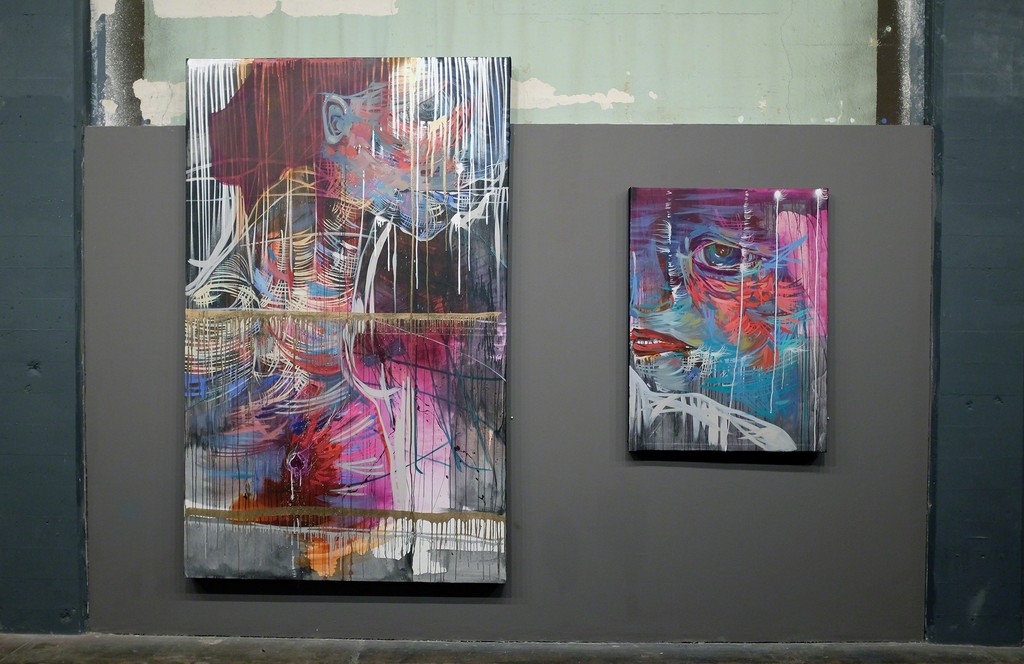 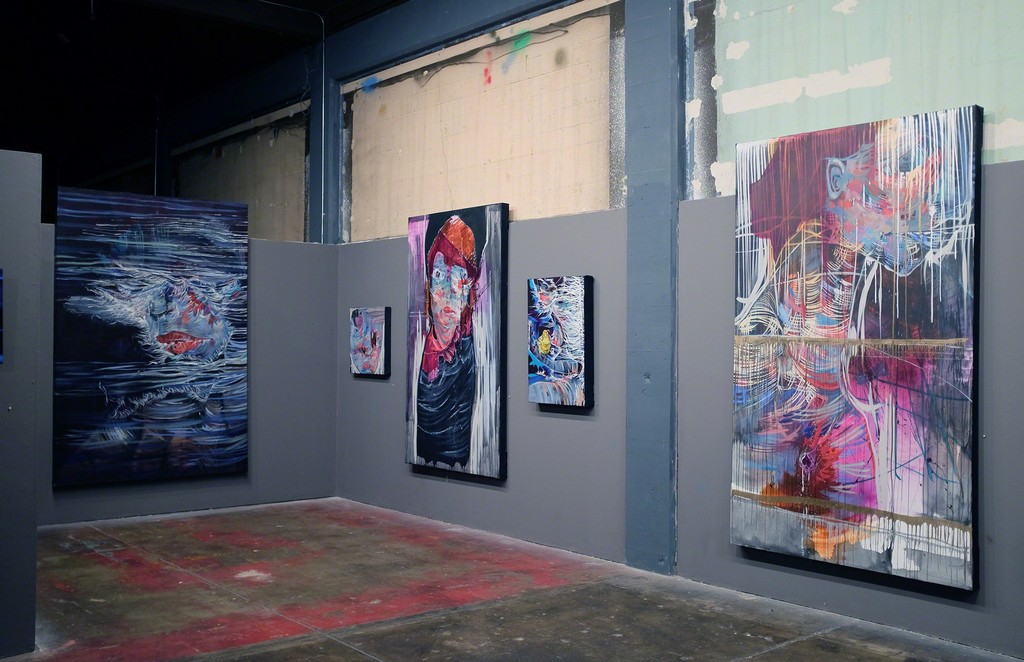 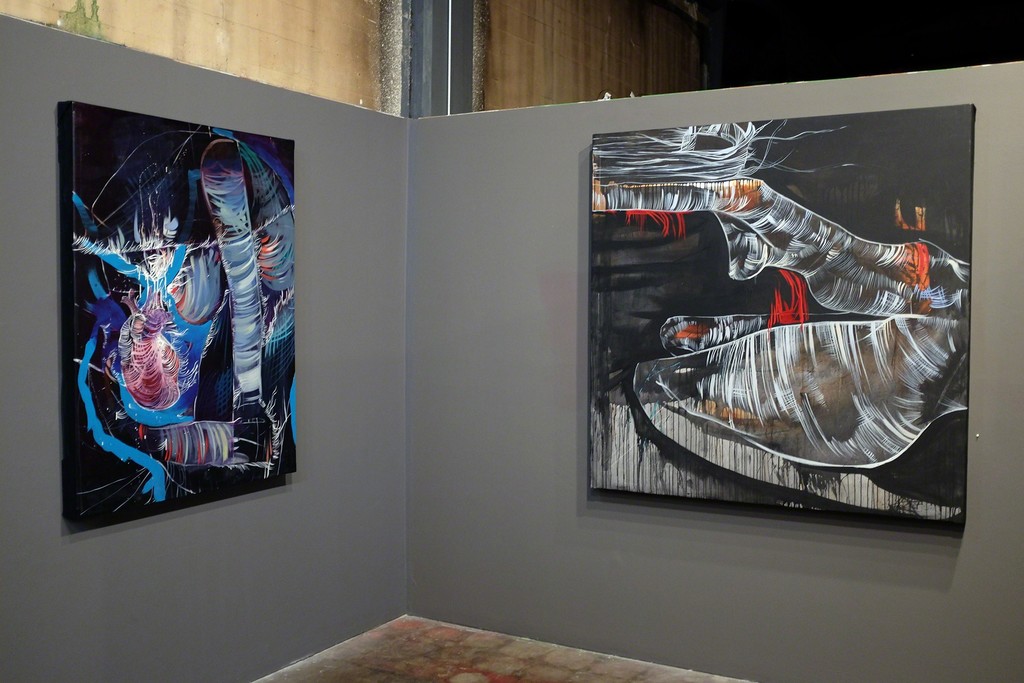 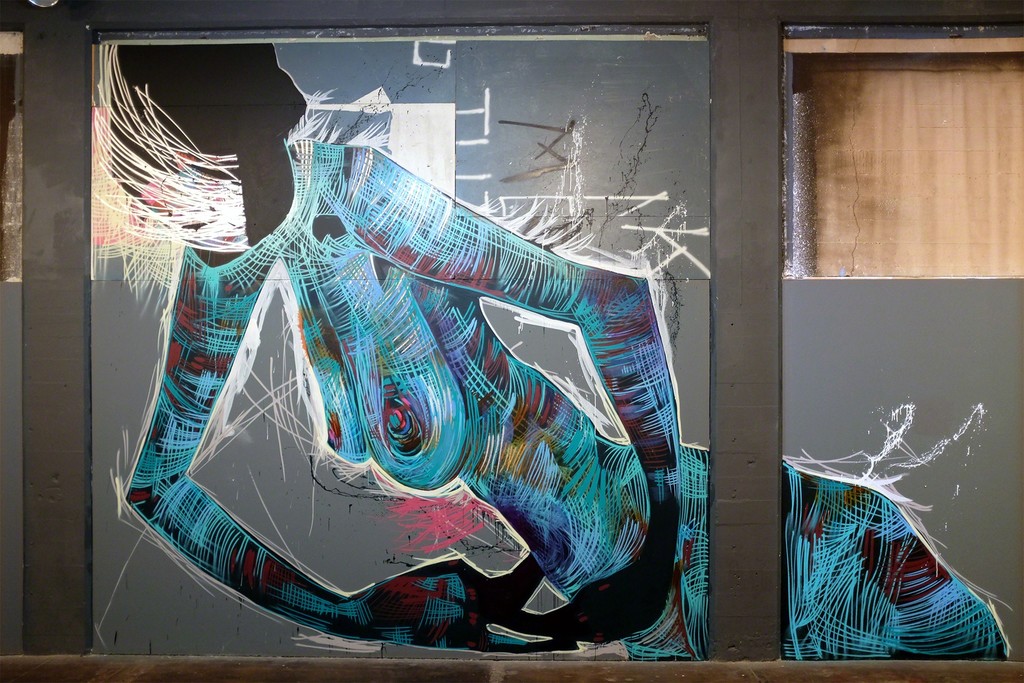 Born during a storm in the mountains in Southern California, Faring Purth is the child of a sun and a moon, tasked with absorbing the unabashed, fierce brilliance of the one while navigating the great swallowing shadow of the other. Both realms have formed her and both stare back at us through her paintings. The early part of her life was spent crisscrossing the nation and the oceans and back again, part of a small and intrepid family open to opportunities. So adult Faring's roots roll, too. She has learned to transmute bewildering experiences into a strange potency in the paintings she leaves in her shimmering wake.

The artist has likened her process to the act of taking an itching grain of possibility, layering it into being, and pulling a pearl. These hard-won jewels are unapologetically what they are–a spark of bliss or a moment of strife brought forth lovingly, and like us, distilled in the embrace of a fragile frame.

Each of us move forward in time dragging shadows behind, collecting and compounding them, and trying to avoid being crushed in those moments when they press closer. After confronting the mortal shell of a dear friend suddenly lost, Faring mingled formal education with raw experience. She was accepted to The Florence Academy of Realist Sculpture in Italy, but was fated to instead spend her time in Italy broke, a convent for a temporary home base, wandering amongst the worlds' most monumental pieces of Renaissance art with a sketch book in hand. Faring lists her time in Italy, her experiences as a child in Paris, and all the nomading her family did when she was growing as integral in shaping the largest chunk of her visions as a contemporary artist, namely the fundamentals of human consciousness, interconnectedness, and soul.

After her Italian excursion, Faring edged into street art with abstract female forms in California, studied at The School of the Museum of Fine Arts in Boston, and faced the end with others through hospice nursing. The artist then decided to focus fully on birth, and began a cross-country tour to create massive murals. In 2011, she painted The Deleras, a series of six murals in six major US cities. For the past three years, she has traveled and painted tirelessly, also producing studio work for group and solo exhibitions including This Snow Rising at Anno Domini in 2012. In the coming year, she plans to bring her work to Greece, Uruguay, Kenya, and Morocco.

Faring’s current A.D. exhibition Release the pearl. is a return to oil painting after two years on the road, created while on location in St. Louis, Missouri and inspired by what the artist calls "the ephemeral molting of a woman and the torrential powers of a river."