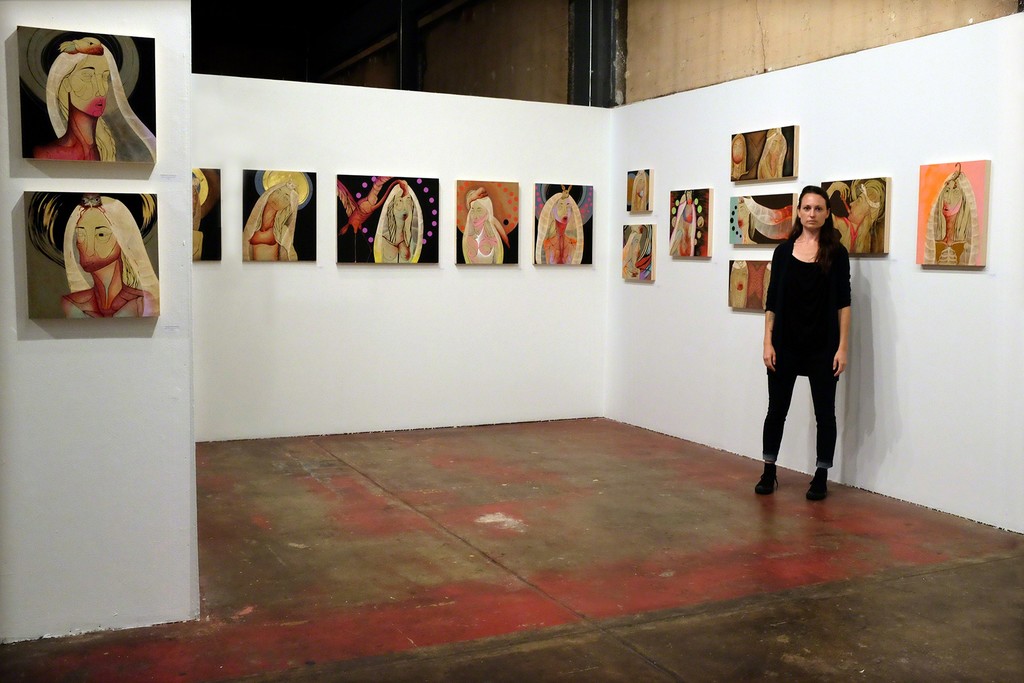 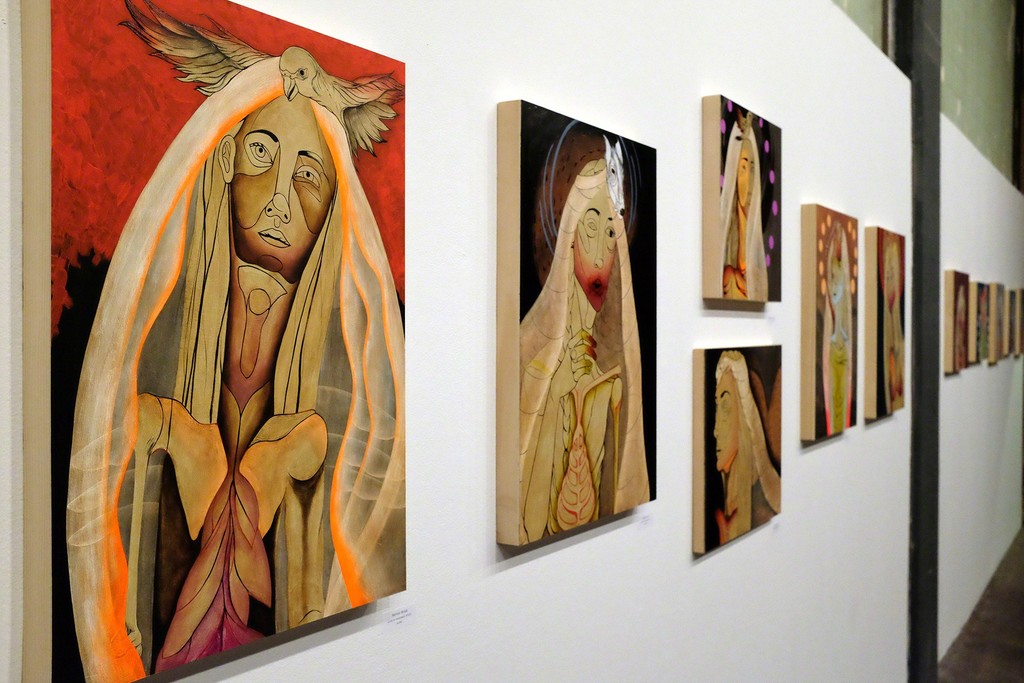 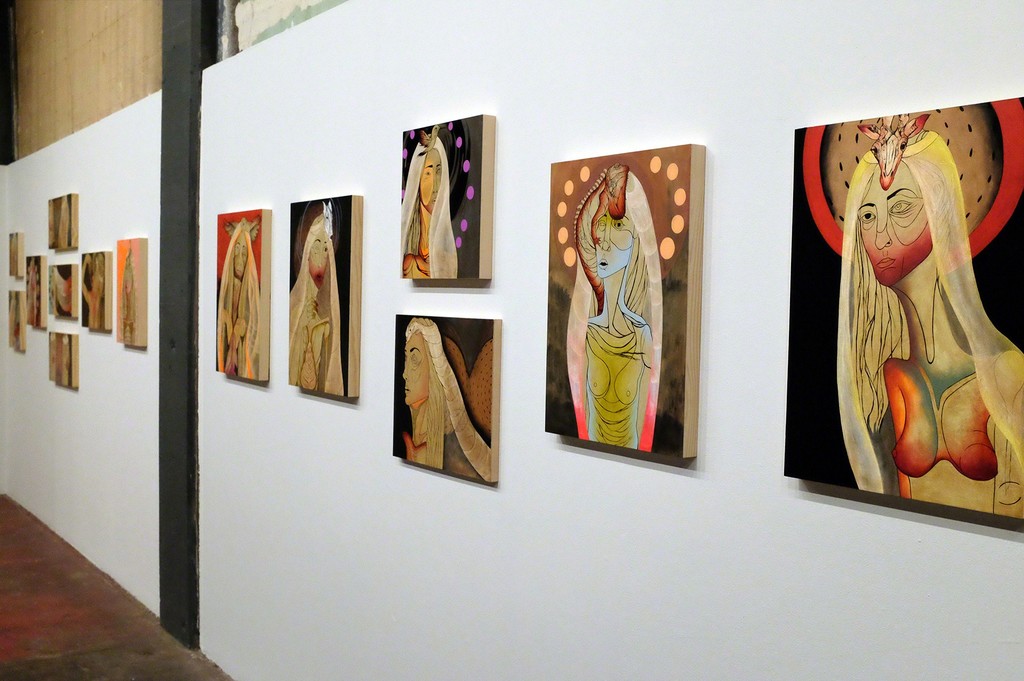 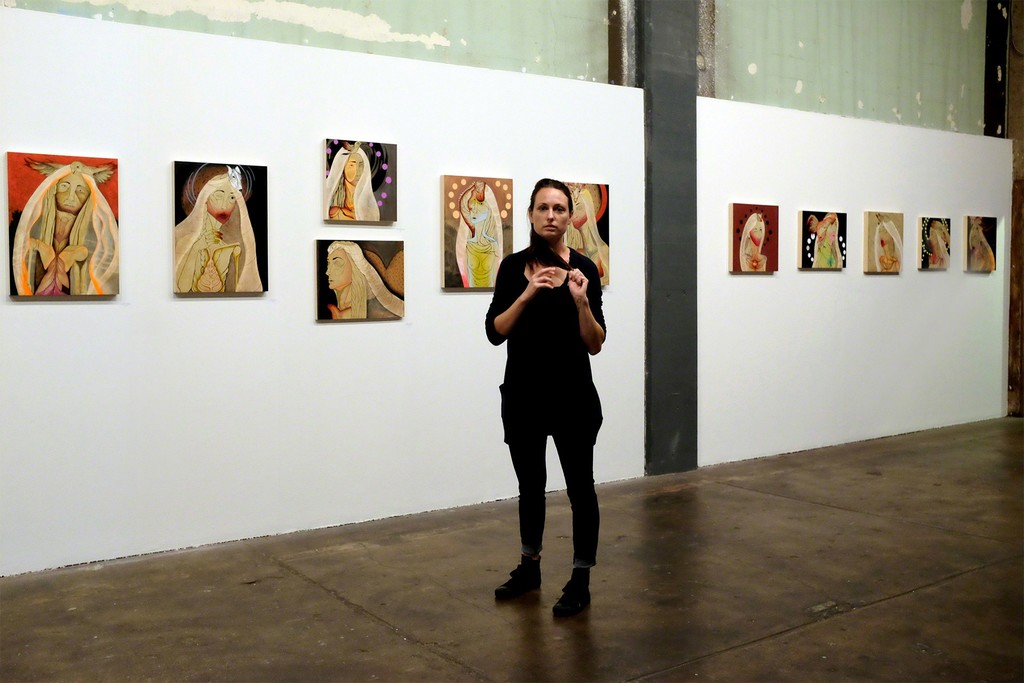 Jennifer Caviola, aka "Cake" is a fine artist that focuses on public space as platform to express her support of all women with a voice of solidarity. Communicating through portraiture, women's curves become sharp lines that in an architectural sense, propel a feeling of strength, power and vulnerability.

Cake found great aesthetic and spiritual beauty in the graffiti and street art surfacing around her. After years of being a silent and grateful witness to it, she became an active participant in the street art culture of New York in 2007. "Putting artwork out in the public sphere is a very fulfilling part of my practice," she says. Surfaces and context of environment are all considered when she's creating whether it's in the studio or out in the wild.

This particular volume of 28 paintings: The Bride Series, is a result of a lost marriage, which left her wondering who she was and what she could do to reclaim herself. "I am no longer a wife, but I know I am a painter, a woman, a friend, a daughter and a sister. I understood, slowly, that I was disconnected from my source long before my marriage broke, and so the loss became a messenger of sorts, to tell me things weren't working and it was time for some surrender, time for some acceptance and time to shut up and listen a bit." Driven by these questions of the unknown and known, Cake painted every day into the night for five months straight until the series was finished, and each Bride carried her closer to a healed heart. "They carried me, they kept me safe and they gave me myself back again."

Caviola has a BFA in Painting from Pratt Institute and a MFA in Fine Arts from the Parsons School of Design. She has been featured in the Huffington Post, Complex Magazine, Vogue and High Fructose Mag just to name a few. She was recently featured at a recent panel discussion on Street Art at The Brooklyn Museum for her mural in the Bowery that she made in conjunction with FAB NYC and Many Project. The artist resides and works in Brooklyn, New York.