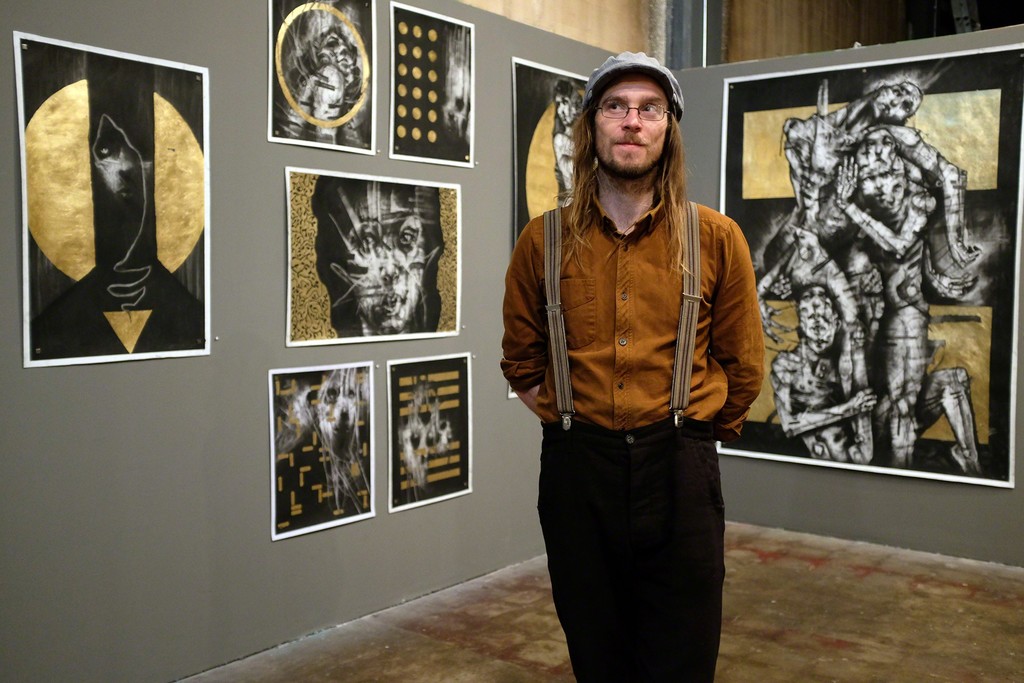 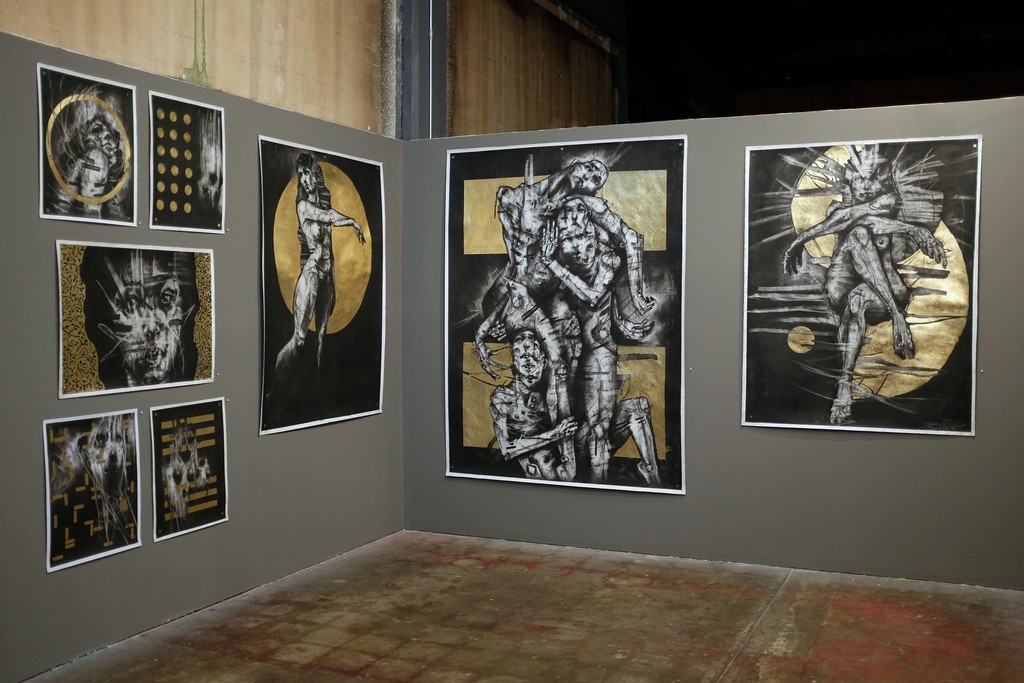 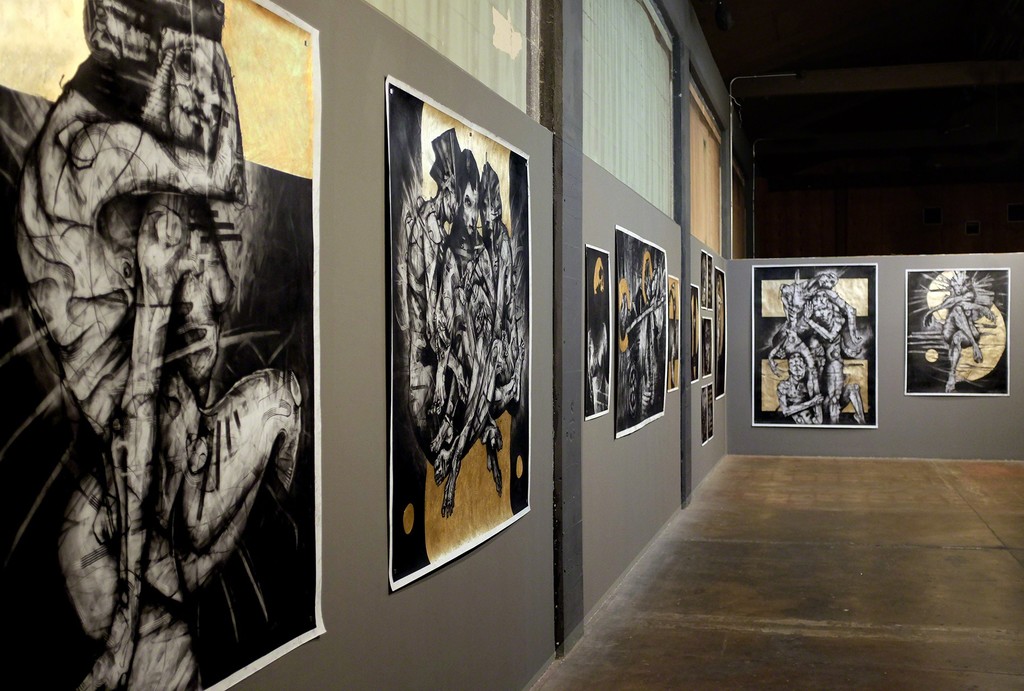 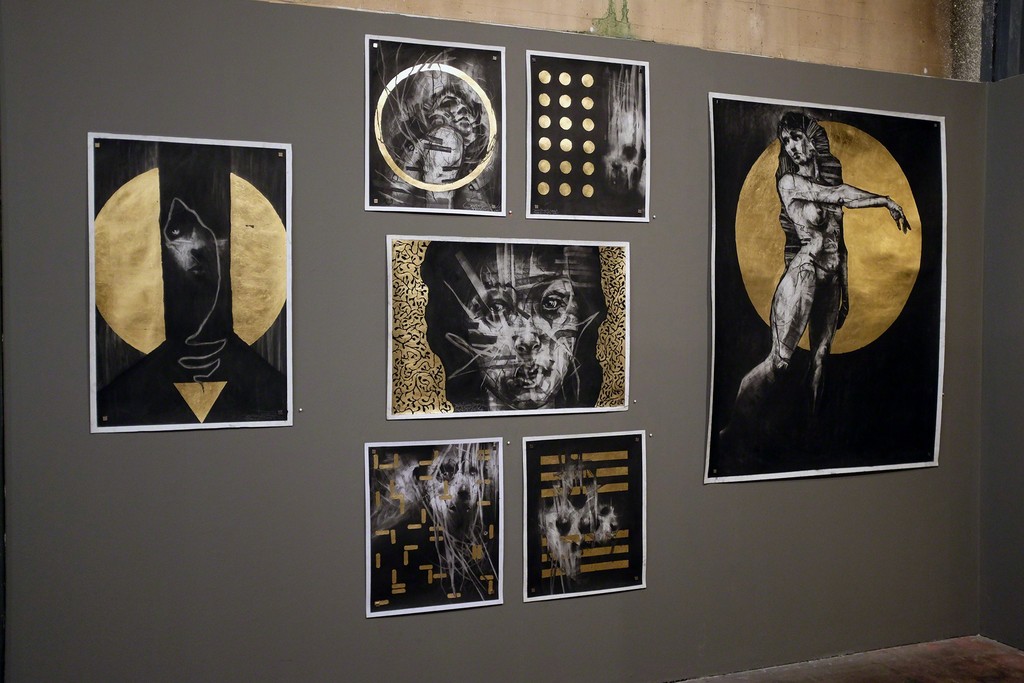 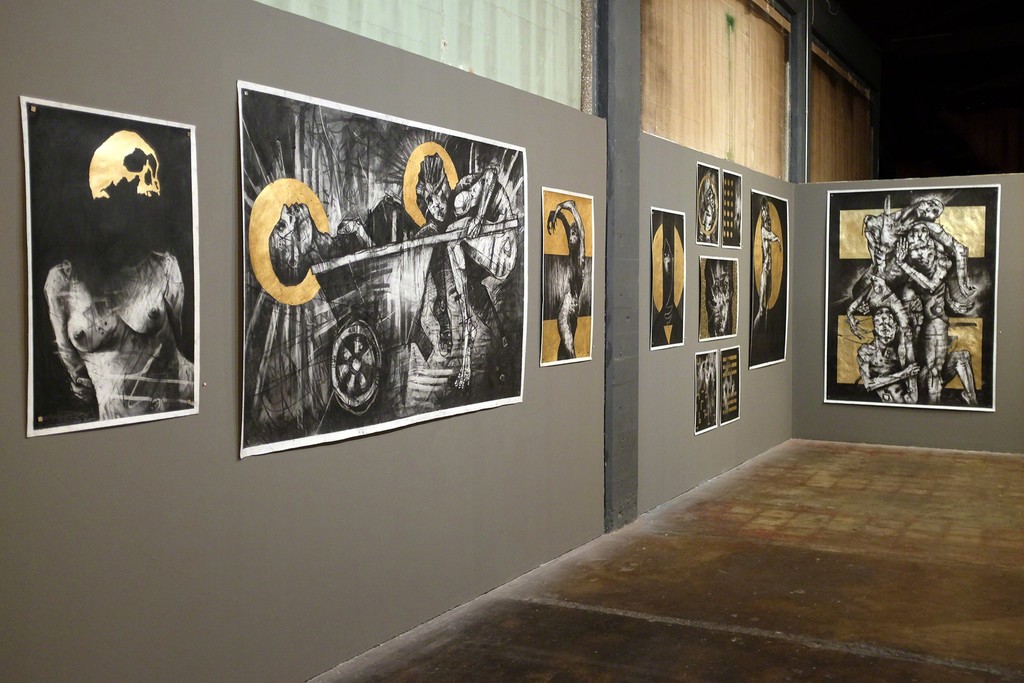 Joseph Loughborough: In the Cave We Dance solo exhibition at Anno Domini.

Emerging from his studio, Joseph Loughborough proudly presents his latest body of work In the Cave We Dance, his second solo exhibition with Anno Domini Gallery. This title conjures the image of Dionysian human forms in darkness, perhaps circling and lurching around a fire or light of some kind. These new artworks echo and distort these visions of a primal gathering with a twist from a more recent episode of art history. Joseph draws upon iconography and themes evocative of the decadent period of Berlin (particularly theatre and film of the 1920’s) as a vehicle to explore Plato’s Allegory of the Cave in which our subjective perception of reality is questioned.

The rendering of the pieces fluctuates between expressive mark making and a critical layering of gold leaf into flat geometrical compositions. The gold mirrors the embers of the blaze whilst charcoal functions as a perfect opposite to encapsulate and enhance the metallic glint. Gold is often regarded as an opulent colour, an over indulgence whereas charcoal is perhaps one of the humblest of artists materials. Aesthetically, black and gold complement each other as values of the unknown and illumination, adding to the dichotomy of this juxtaposition. They are used on an ambitious scale in this series which delves into the catacombs of the human condition.

Joseph Loughborough (b. 1981) spent his formative years exploring the derelict boatyards and creeks of Portsmouth, on the south coast of the UK. After graduating from Portsmouth University he pursued interests in art, philosophy and skateboarding culture, living in London, Paris and currently Berlin.