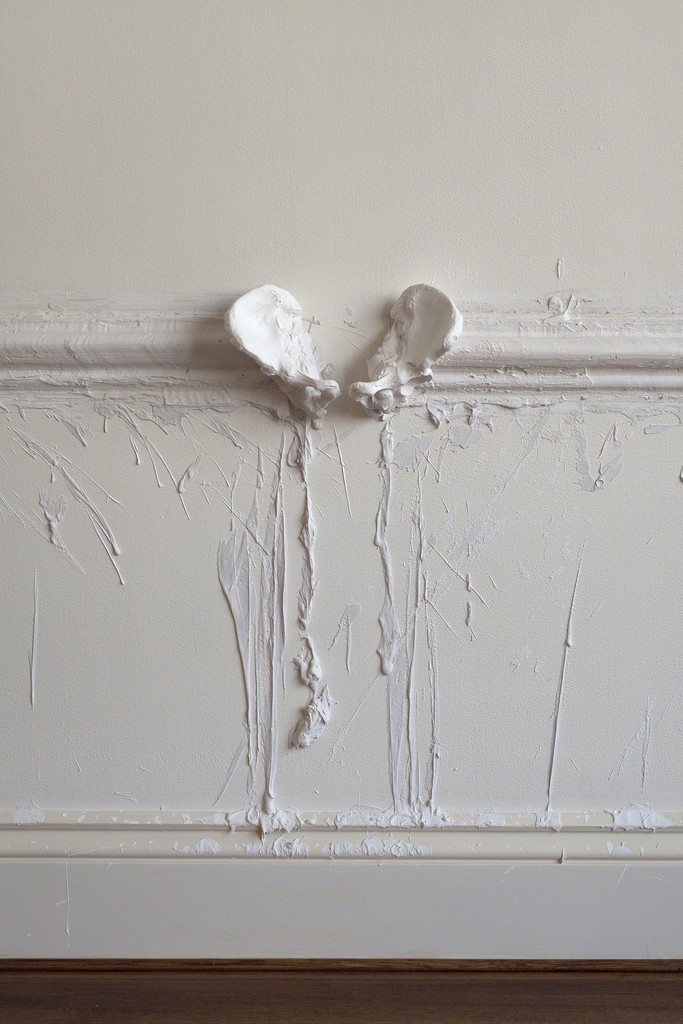 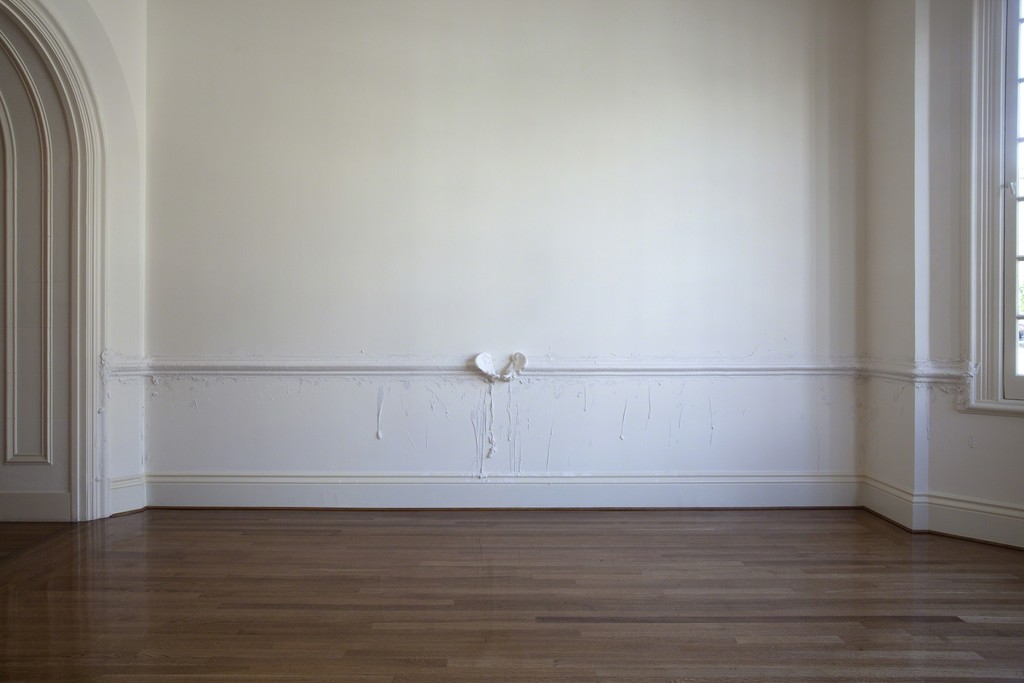 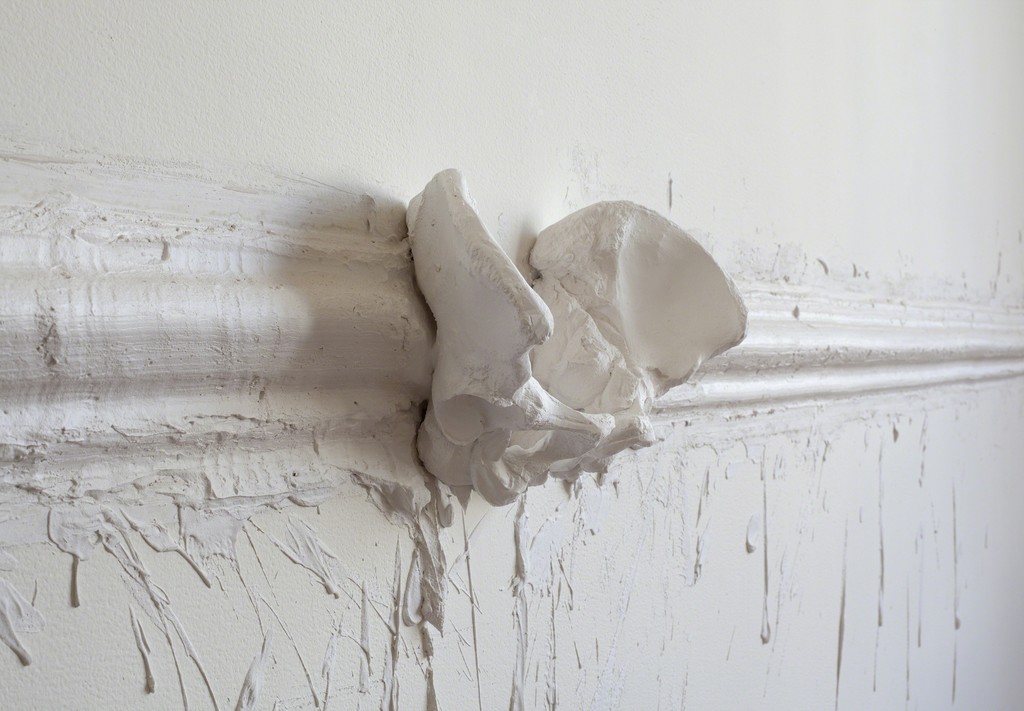 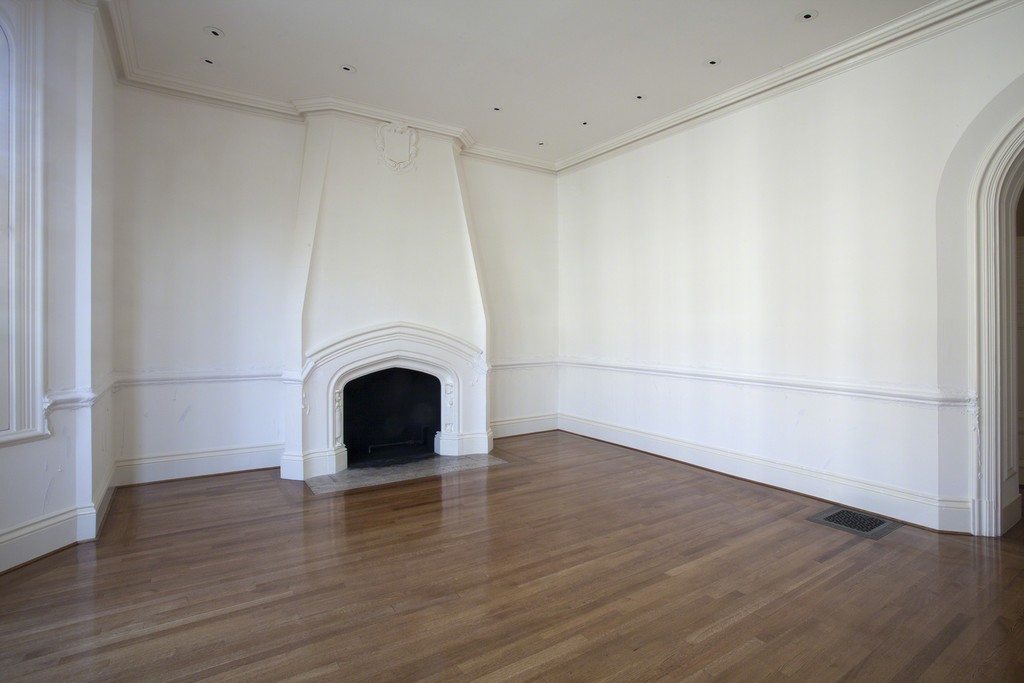 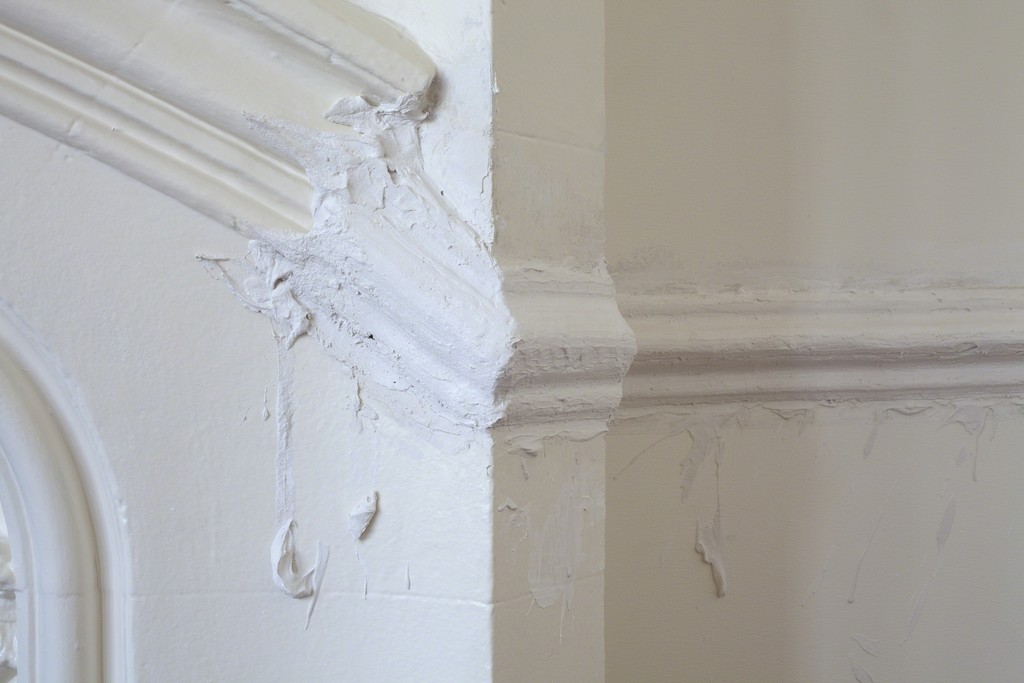 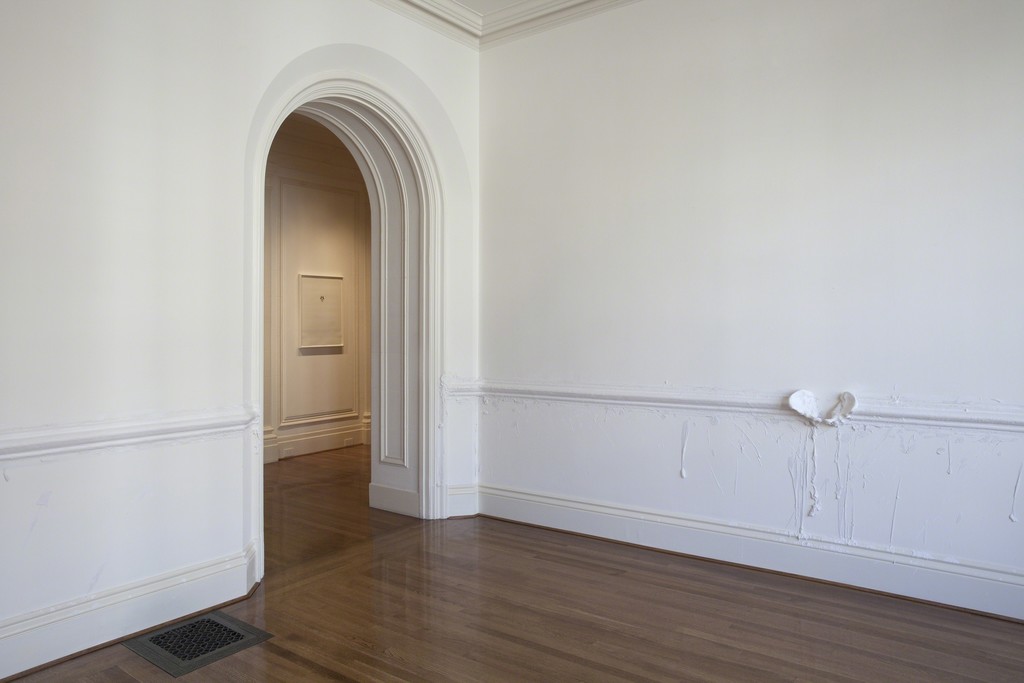 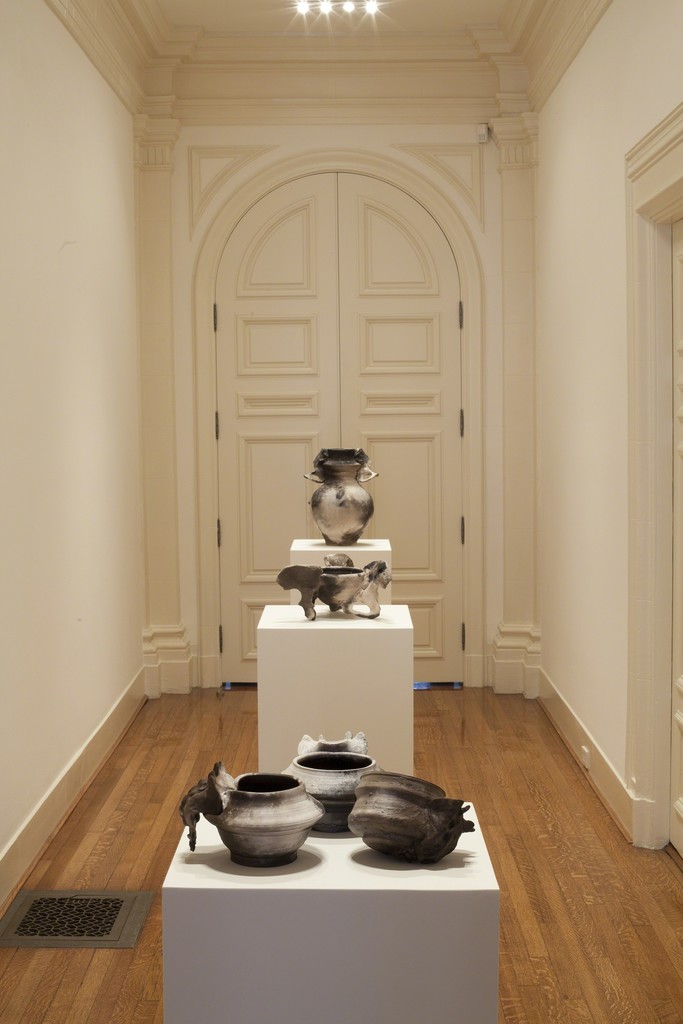 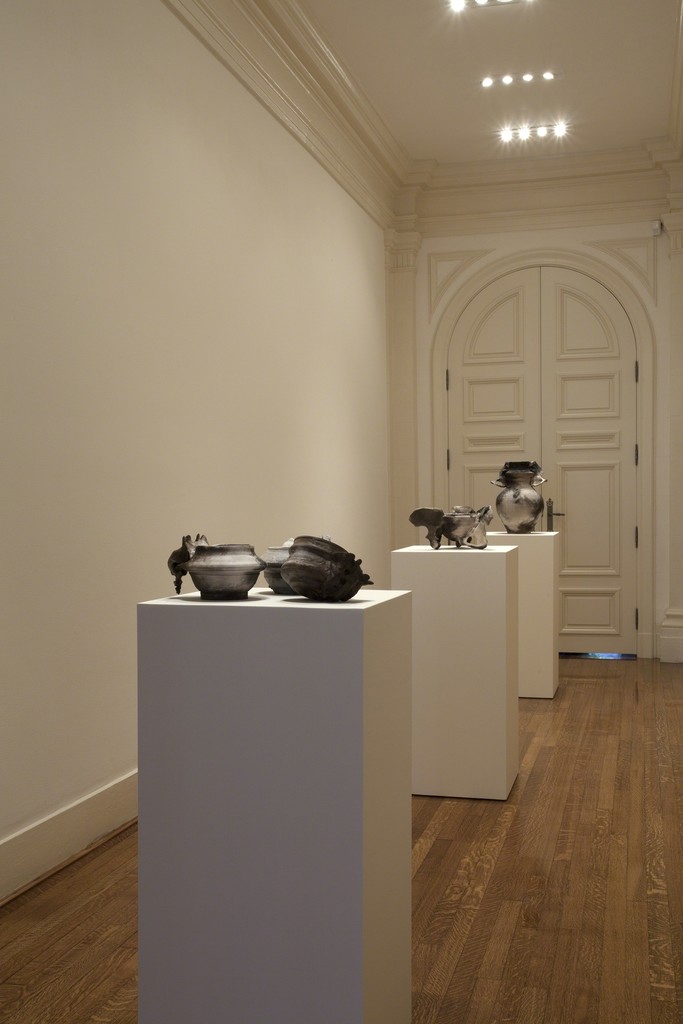 Anthony Meier Fine Arts is pleased to present an exhibition of works by New York-based artist Janine Antoni. For her debut exhibition at the gallery, Antoni presents a new series of ceramic vessels alongside a new architectural installation of Crowned.

Antoni’s series of pit-fired ceramic vessels are inspired by the notion of crowning: the process during childbirth when the fetus is pushed past the threshold of the mother’s pelvic bones. The term comes from the idea that these bones are a momentary crown for the emerging fetus. Entitled Rosa and Mary, each vessel is formed by a mother’s childbearing pelvic bones, creating a
portrait of her womb.

As a sculptor, Antoni is fascinated by the negotiation between the mother’s and child’s bodies. In Hearth, three vessels animate the phases of change when the mother’s sacrum shifts back to allow the baby’s head to pass through. In these three vessels, she articulates this process showing how each body both yields and forms to the other. In some cultures, the woman's two pelvic bones
and the sacrum are imagined as metaphorical hearthstones surrounding the fire of the woman's reproductive organs.

In Crowned, Antoni uses a pair of pelvic bones to frame the gallery in architectural molding. Placed at hip height, like traditional chair molding, Antoni’s version substitutes a classical profile for the profile of the hipbone’s inner edge. During its installation, Antoni let the splatters of plaster give way to gravity and spill off the pelvic bone as it is dragged along the plaster packed architecture. The installation stands in visceral contrast to the refined molding that defines Anthony Meier Fine Arts’ space.

Antoni was born in Freeport, Bahamas. She received her BA from Sarah Lawrence College in New York, and earned her MFA from the Rhode Island School of Design in 1989. She has exhibited at the Whitney Museum of American Art, Museum of Modern Art, S.I.T.E. Santa Fe, the Irish Museum of Modern Art, Dublin, and the 1993 Venice Biennale, among many others. Antoni is the recipient of several prestigious awards including a John D. and Catherine T. MacArthur Fellowship in 1998, the Larry Aldrich Foundation Award in 1999, The John Simon Guggenheim Memorial Foundation Fellowship in 2011, and a 2012 Creative Capital Artist Grant, and a 2014 Anonymous Was A Woman award.

In 2014, Antoni was awarded a grant from The Pew Center for Arts and Heritage to work with choreographers Anna Halprin and Stephen Petronio at the Fabric Workshop and Museum in Philadelphia for an exhibition in 2016.