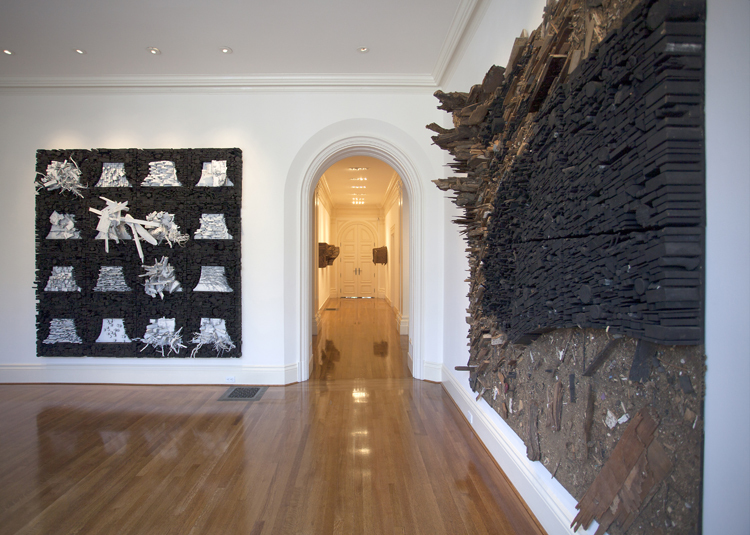 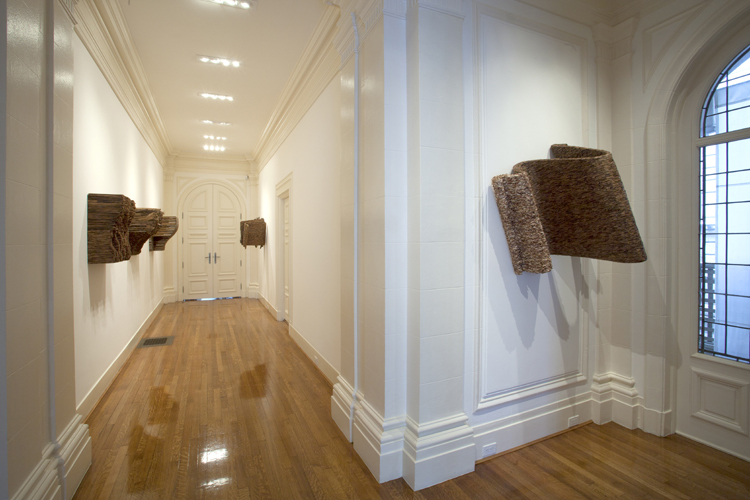 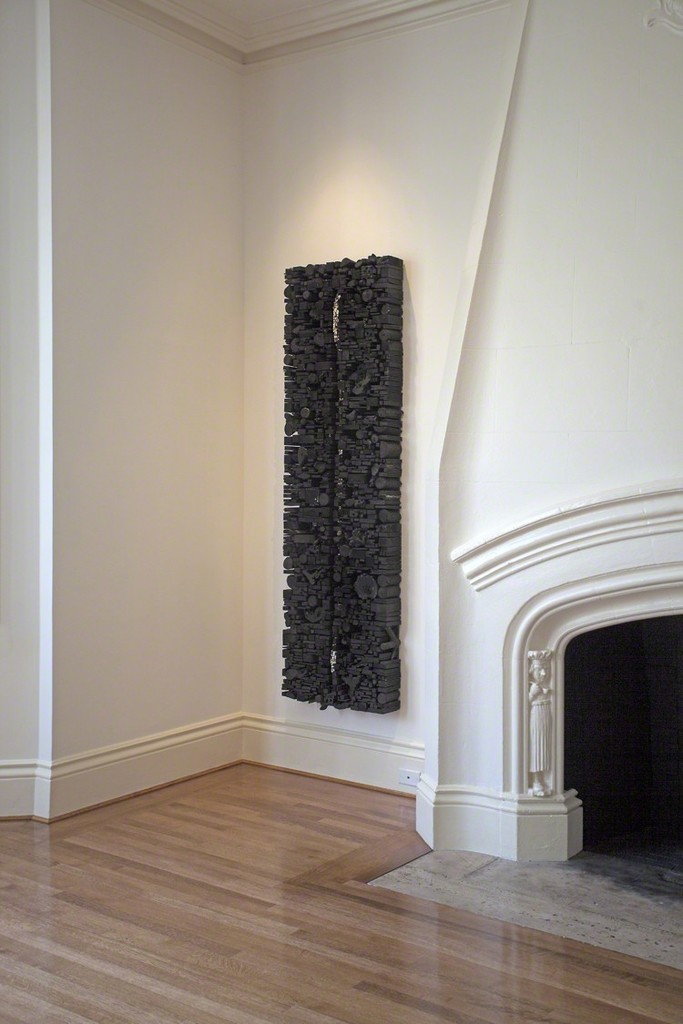 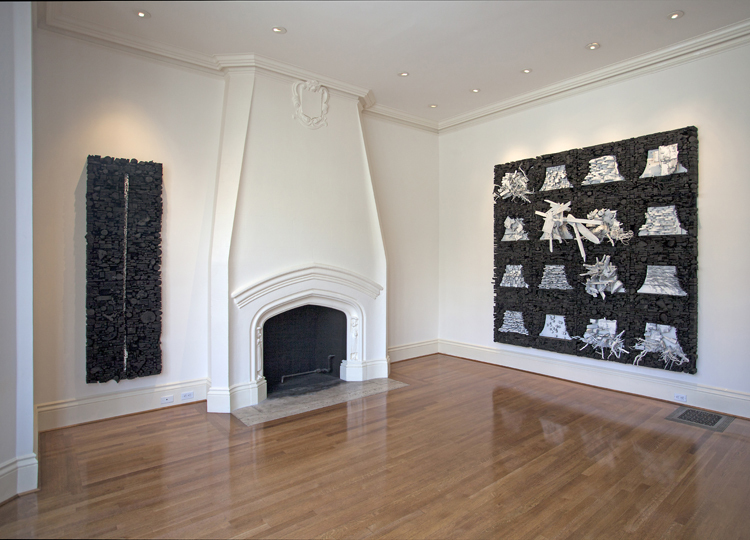 An eight-foot-square grid sets the tone for the exhibition’s main space with a dense black background that gives way to 16 white forms – matching in shape but varying widely in texture and surface. Across the room, a tall, narrow piece boasts a similar background, this time bisected by a thin white stripe. A third piece complements these two, integrating black and natural tones and blending puzzle-fitted elements with gritty detritus, evoking gestural movement.

Down the hall, three smaller works extend from the wall in orderly progression; thousands of tiny wooden elements are meticulously fit together in a uniform surface. Two free-form sculptures float off the wall in a wave, displaying a grace to offset their rugged faces.

Drew has exhibited at the Hirshhorn Museum & Sculpture Garden at the Smithsonian Institution in Washington, D.C., the Royal Hibernion Academy in Dublin, Ireland, The Art Institute of Chicago, The Miami Art Museum and the St. Louis Art Museum. A mid-career survey exhibition, Existed: Leonardo Drew, debuted at the Blaffer Gallery, Art Museum of the University of Houston, in 2009. It continued to the Weatherspoon Art Museum in Greensboro, NC, and the DeCordova Sculpture Park and Museum in Lincoln, MA.