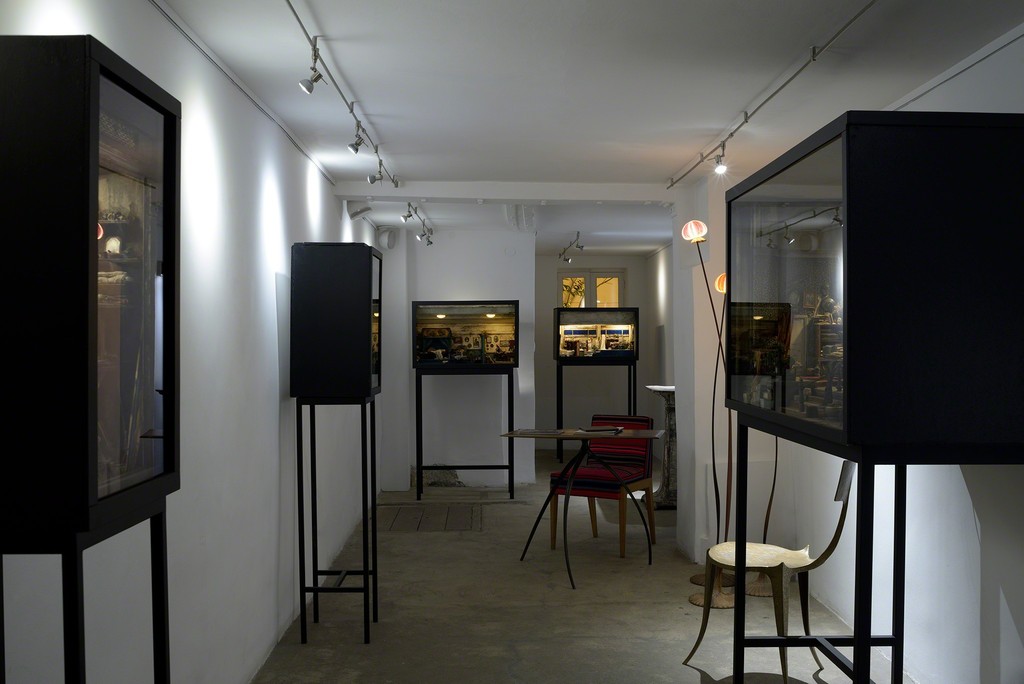 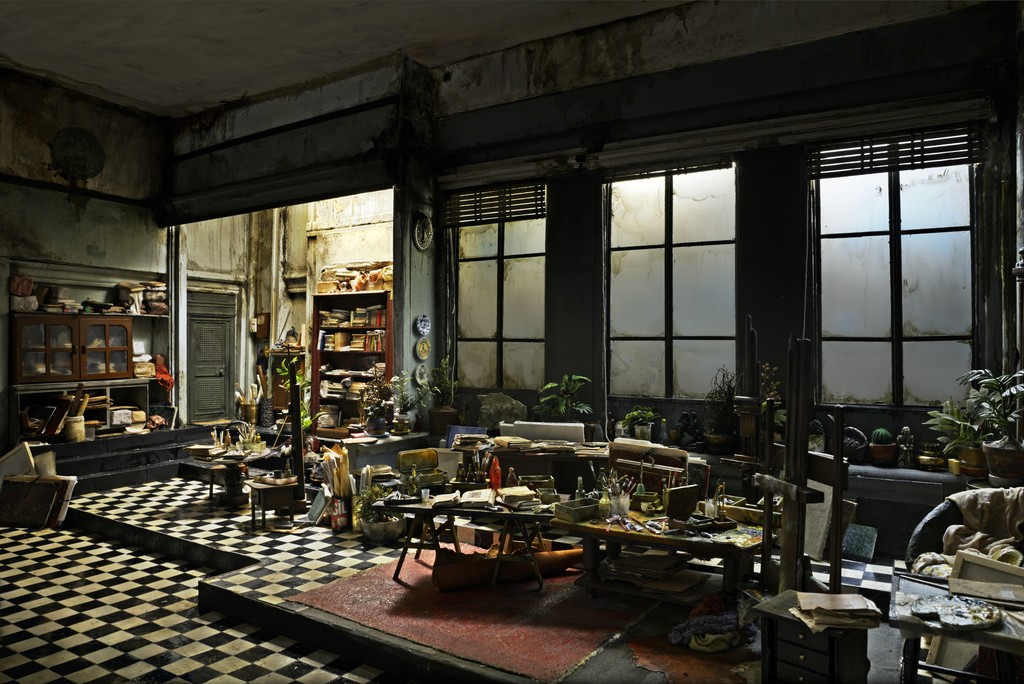 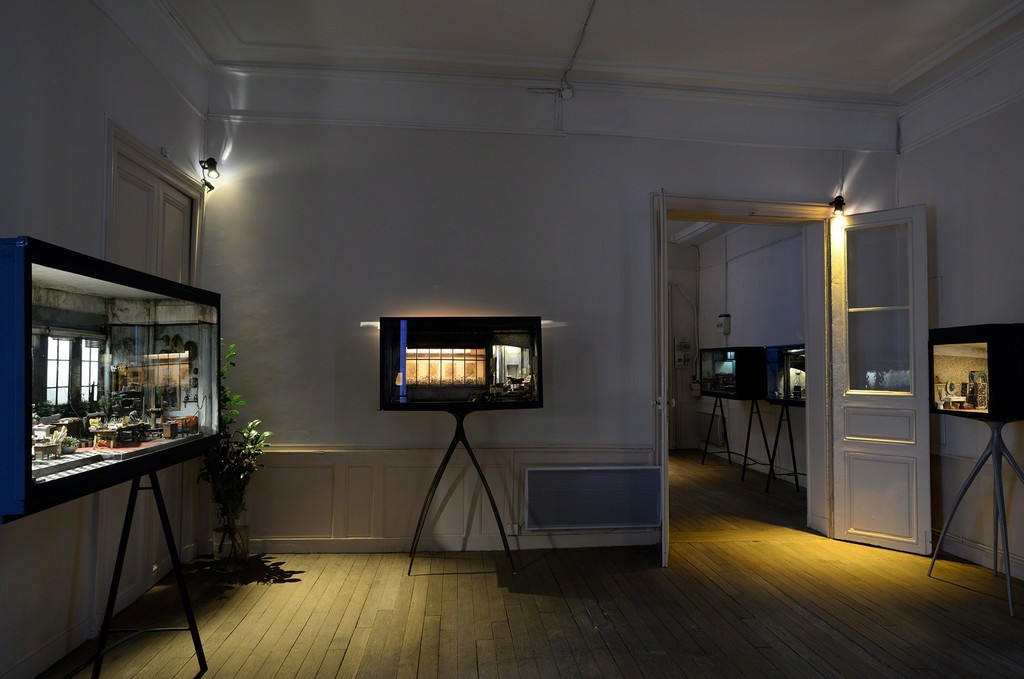 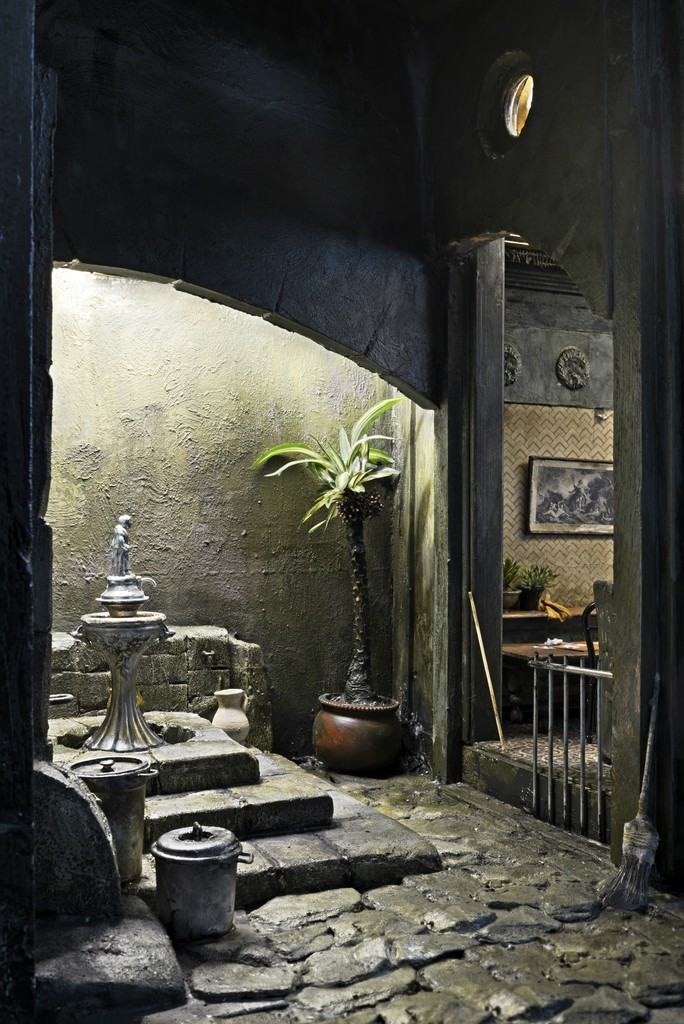 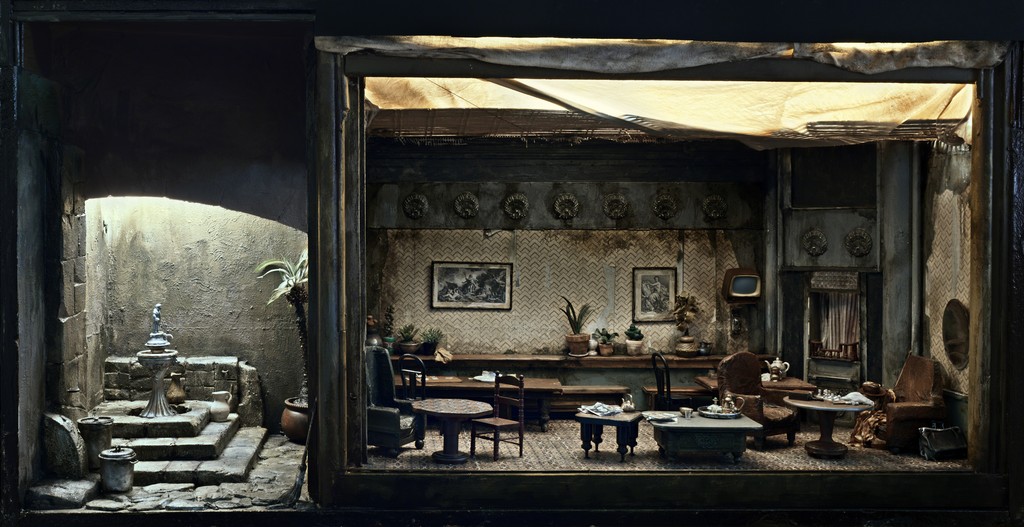 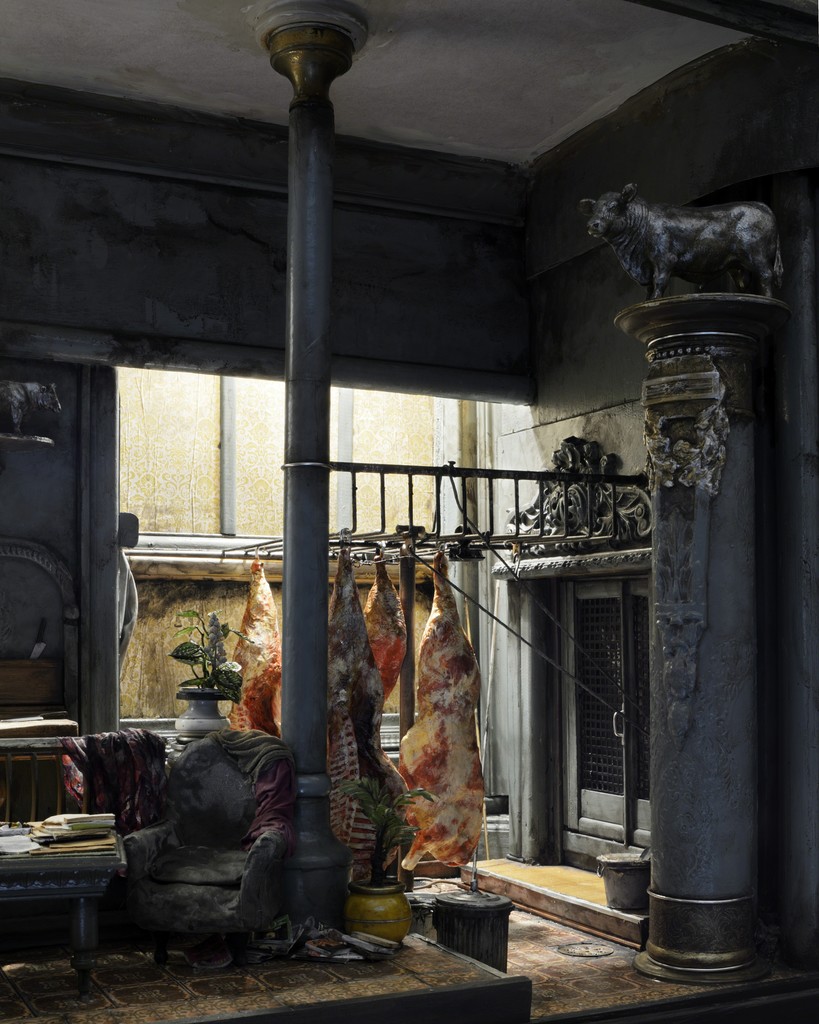 To properly dive into Sevellec’s “boxes”--as he likes to refer to them--one has to understand his love for picking, and the attention he pays to ordinary daily fragments. “I start with picturing an atmosphere,” he explains. He then adds memories as a backdrop. Images, crumbs of scenes waiting to come alive. “Perhaps I am hoping to re-experience certain moments of my life; yet are we ever given the choice to hope otherwise?”
Sevellec is a nostalgic being, yet speaks of the present. He watches and observes “today’s elements through the particular prism that reminds (him) of his youth,” he continues. He never tries to freeze the past. In fact, nothing about his compositions seems chocked. Rather, they remain enclosed until he finds the appropriate moment to uncover the boxes’ ultimate front window. Ronan-Jim Sévellec’s artworks evoke time. To dissuade his viewers from trying to situate his pieces within a timeframe through his piece’s only design, he intentionally scatters covers of ELLE or Paris Match magazines that depict contemporary public figures.
Where did Sevellec cultivate his fascination for theater settings? It started with old boxes or drawers, from which he would extract the knobs to use as containers for his very first creations, which we could identify as a protohistory for the dioramas he currently exhibits. Going back further into time, we learn he grew up with the small theater spaces and characters his father would build him. Ever since, the artist says, he feels empathy for precious recycled objects and children’s toys. They inhabit the creative spaces he has been conceiving with astounding precision for about twenty years.

Whereas his final fulfilment can be quickly produced, its harvest is a long-term process. The artist sometimes needs a lot of time before these universes escape his imagination. His apartment, his cellar and his studio hide a multitude of cases, bags and cardboard boxes that all hold the
belongings he has accumulated throughout his life. Interestingly, everything has been reconfigured, and this large freedom left for fabrication is essential to him. “Nothing is pre-made or ready to be disposed in a box,” he tells us. That is what differentiates him from the miniaturist movement. In order to create a tiny broom, for example, he chooses to adorn the broomstick with a material he extracts and remodels from a life-size doormat or toothbrush.
Sevellec holds on to the practice he acquired as a painter, a pronounced taste for composition and color. He then gives volume to full and swarming images that have long danced before his eyes and grown within his mind. Images, but also ideas and sensations that he wishes to paste in a confined space. A timezone that clearly inherits from living paintings. Just look at this kitchen’s blue and yellow ceramic tiles...They seem to pop out of their box like Jeff Wall’s luminescent crates. His interiors waltz between two timeframes. The dance steps start with the high-class bourgeois houses he grew up around, and end with the modest homes his family moved into due to their financial struggles. We sometimes find ourselves immersed into the 19th century, until a clue suddenly always leads us in a different direction. He paints cold cuts in a similar way to Flemish art, yet what surrounds them are closer to our contemporary butchers’ antechambers.

Ronan-Jim Sevellec cultivates antitheses, speaks of greatness and decay all at once, both of yesterday and today. He combines and freezes the past’s worn and faded splendour clutching the wall with today’s opulent world, and his embarrassment for our society’s consumerism that hides everything it overflows with. His depictions of dumpsters, the presence of trash and waste in his pieces clearly illustrate this disgust. Through fresh and dull colours veiled with dust, Sevellec’s boxed-up worlds evoke a caress from passing time. Both rough and soft, they also remind us life goes on.