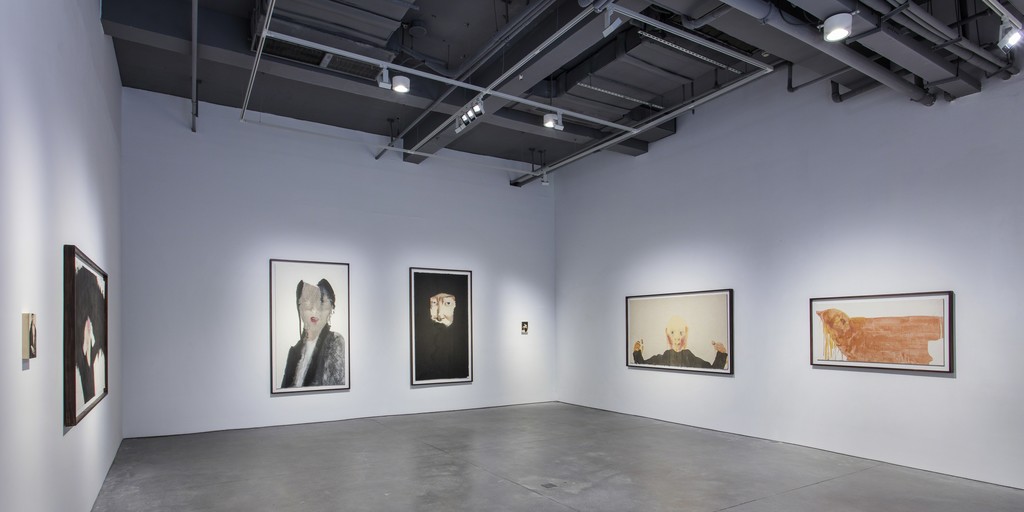 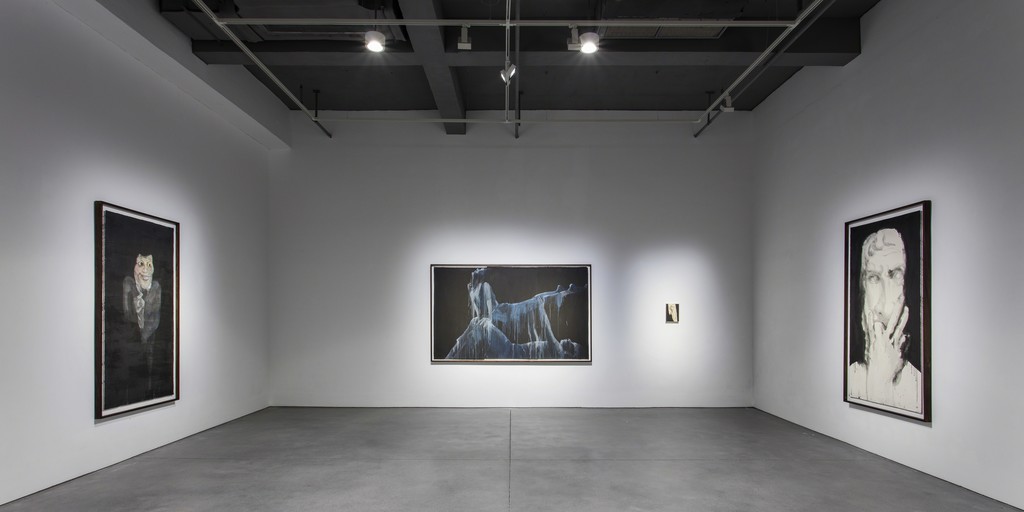 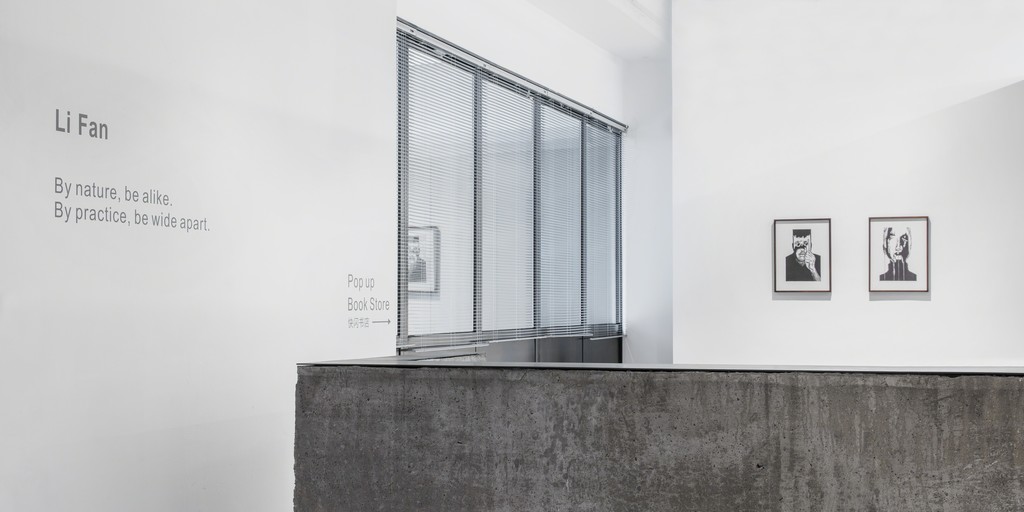 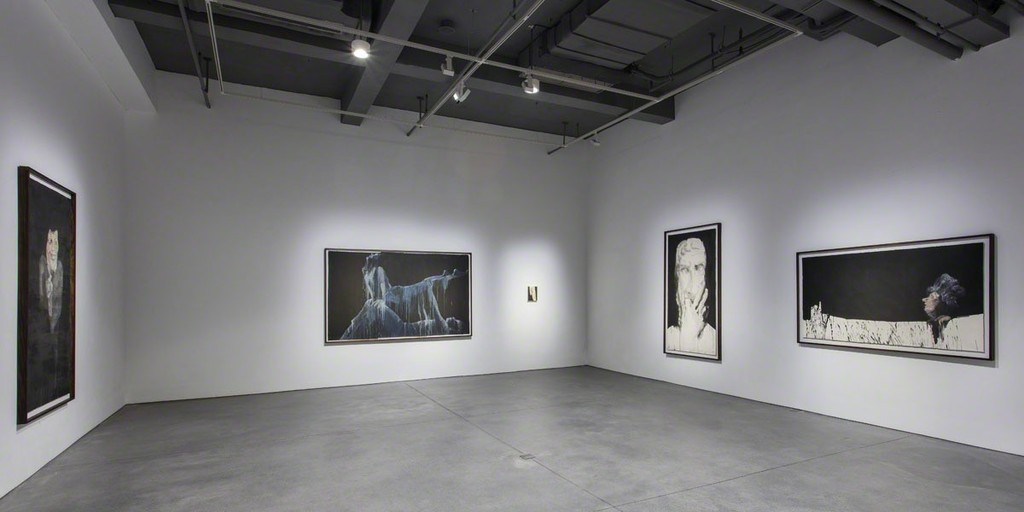 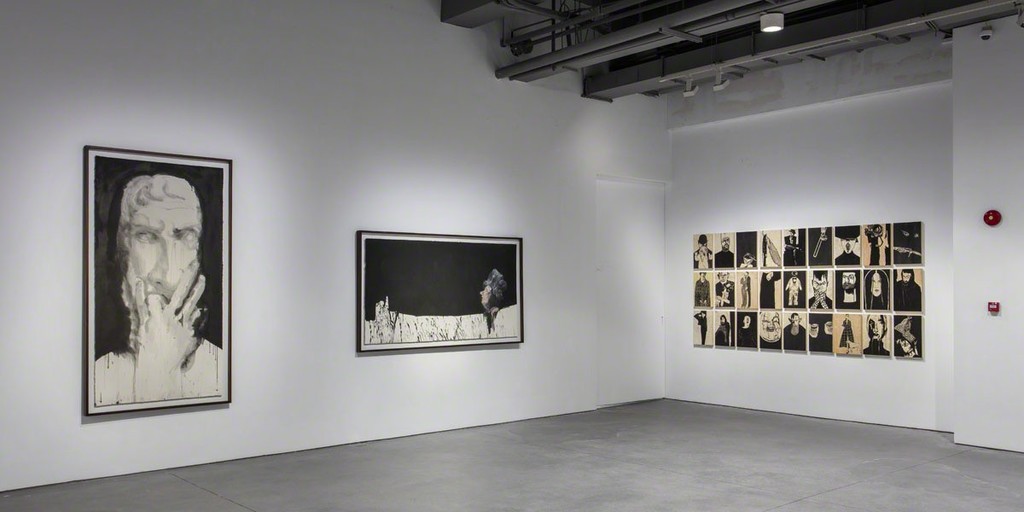 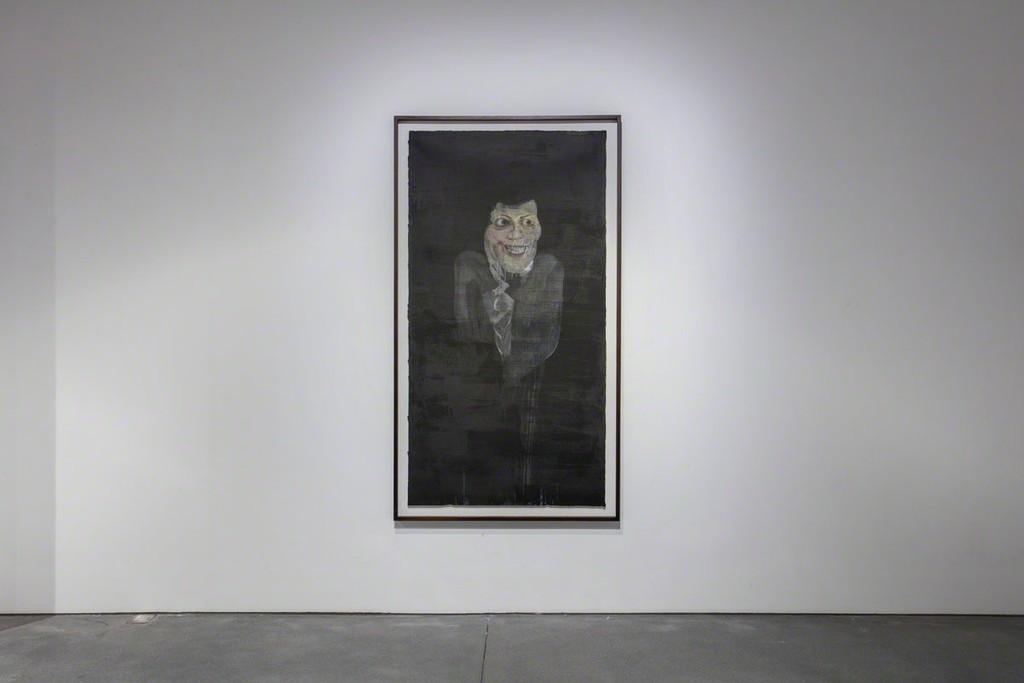 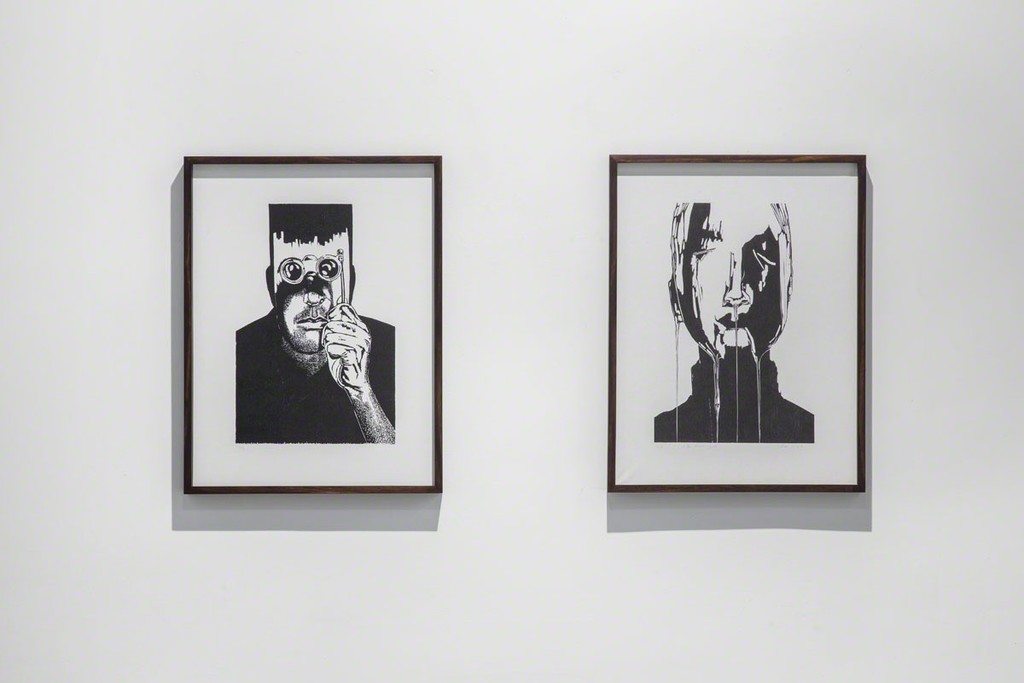 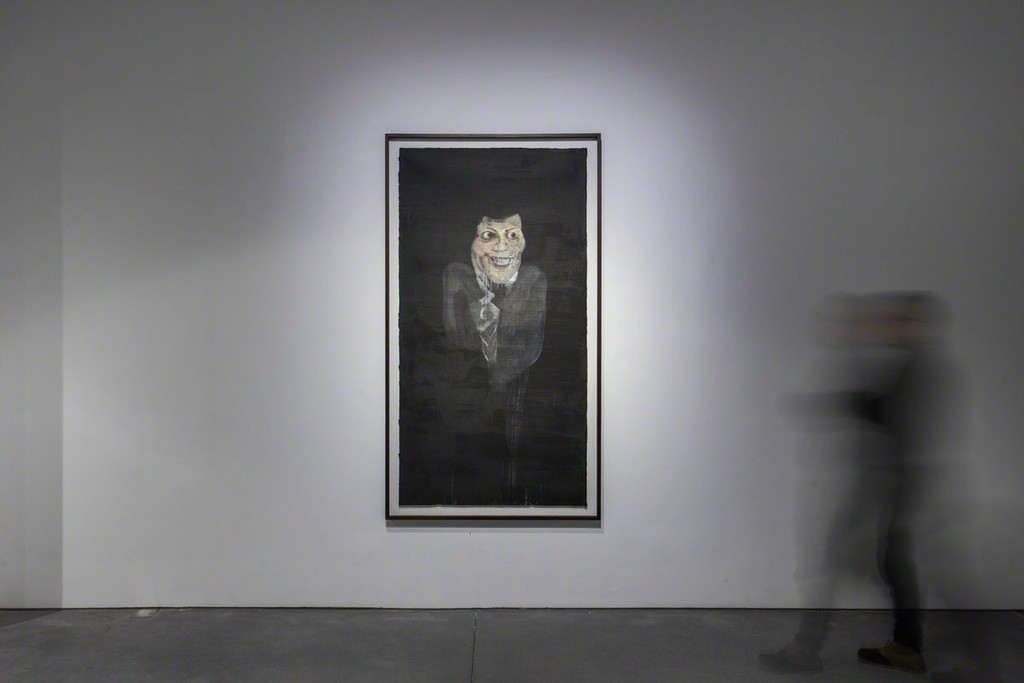 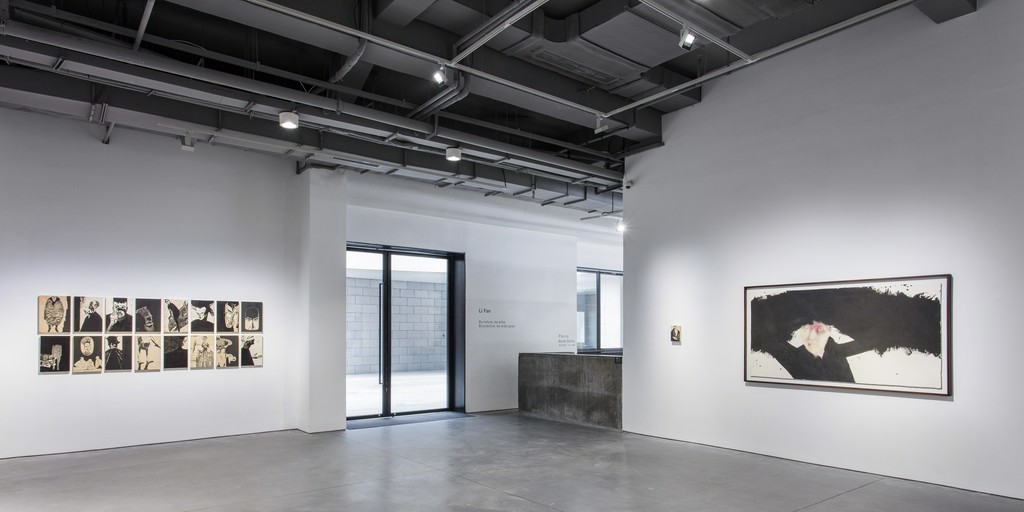 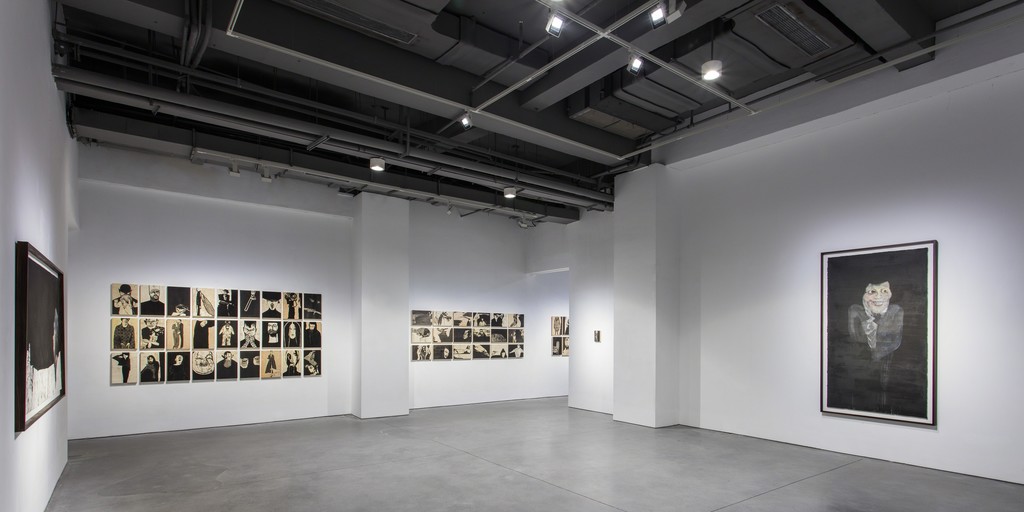 My journey of creation is rather long. For all the time, I have kept following my heart. My works parallel with the social environment but are not tightly related with the artistic environment.
— Li Fan

Depicting diversified topics and numerous media images, Li Fan’s paintings always reveal a bizarre or even a spooky temperament, furthermore, covey a feeling of “phantom”. Incorporating depictions of objects in traditional styles and the understandings of the freehand brush stroke techniques, Li Fan brings his worries, sensibility, solitude, and curiosity into his work. During tirelessly hard work and via a self-imposed enclosure, the artist confronted a second self and overcame the inherent narrow-mindedness, exploring his art towards an ever deeper understanding. From the obedient child to the quiet adolescent, from the purposeful abruptness to the bitterness within the happiness, the self-transformation of Li Fan underwent a rather long journey. As an important summary of Li Fan, By nature, be alike. By practice, be wide apart will present his recent works. Except ink paintings, one highlight of the exhibition is the first showcasing of Li’s woodcuts. As the representation of the “pleasing the spirit” stage of the artist, through the skilled manipulation of the form, the spirit and the meaning, Li Fan’s art journey ultimately traces to the root of humanity.

This exhibition brings Li Fan’s recent works from 2015 to 2017. Inspired from the mass media and selected the interesting images, the artist interprets and recreates figures and objects onto paper. From dramatic facial expression of a partial view to the life-size images and group portraits, Li Fan portrays different figures with specious faces. Skillfully mixing the ink with acrylic, the artist applies a higher color purity than the traditional Chinese ink. The color flows rapidly through the center of the image, adds a very dynamic energy into the work, and provides a shocking emotional experience to audiences. Besides ink paintings, as another important part, the woodcuts also consist of the whole exhibition. The learning experience in the Printmaking Department of Central Academy of Fine Arts deeply influenced Li Fan, through woodcuts, the artist expresses richer types of scenes and contents. The high contrast character of woodcut also exaggerates the vivid visual effect of the works. As a comprehensive presentation of Li Fan’s woodcuts, the exhibition will specially showcase the original wooden panels. The way of wood cutting demonstrates Li Fan’s wealth inner world, and in the end, leading viewers enter into Li Fan’s secret art tunnel.

By nature, be alike. By practice, be wide apart is a conclusion of Li Fan’s creation in recent years. Previously, his art creation mainly went through four stages. The years between 1992 and 2000 mark the initiation of Li’s enlightenment, where he took faithful records of life. His works direct responded to what he perceived. From 2000 to 2005, started to self-reflect, Li confronted all aspects of his inner space and took tremendous courage to reveal the most original of himself. This is a period where, in his works, Li interpreted his “filthiness” into the motif of “sexuality”. In the next, his solo exhibition, Xingben, in 2005 is a transgression against hypocrisy. Finally, the artist found the courage to face himself, started to observe the world from a personal perspective and enjoyed the pleasure of looking at the world as an individual. A large collection of ink works was created then. Subsequently, the solo exhibition Shengyi in 2010 presented the period of imitating objects and marked the completion of Li Fan’s “self-redemption”.

Throughout Li Fan’s creation, once being an onlooker as a child and the detached participant as an adult, he is now actively avoiding all kinds of environmental influence. The broad range of topics and images eventually point to the inner world of the artist, as well as, act as the visual representations of Li Fan.