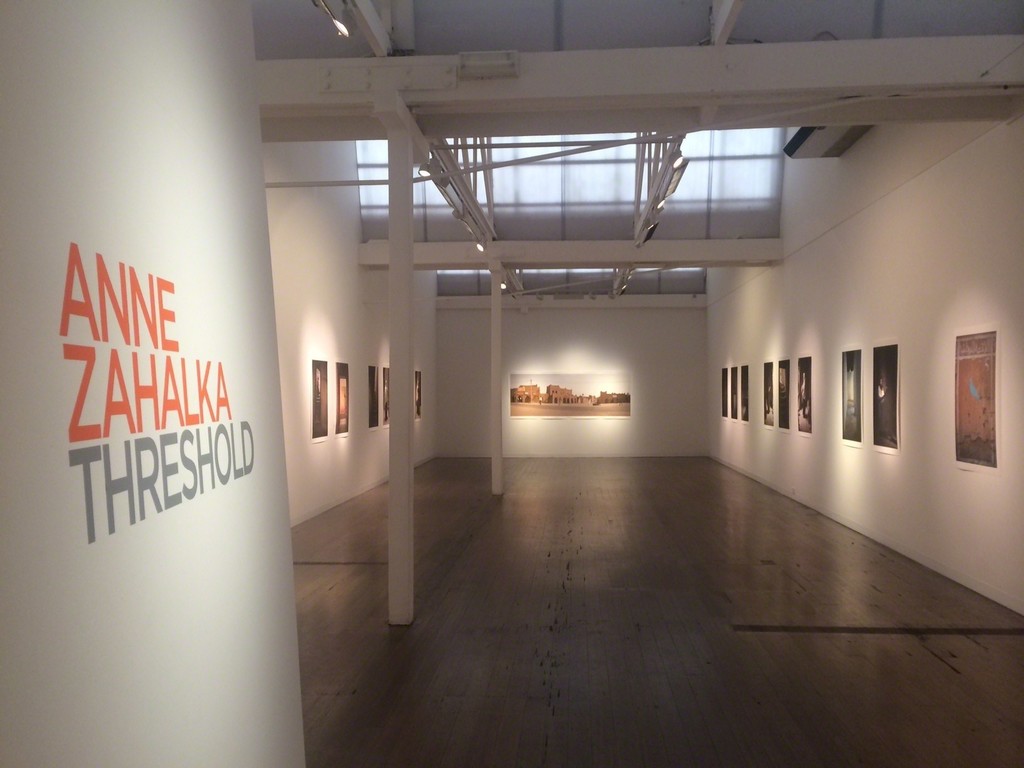 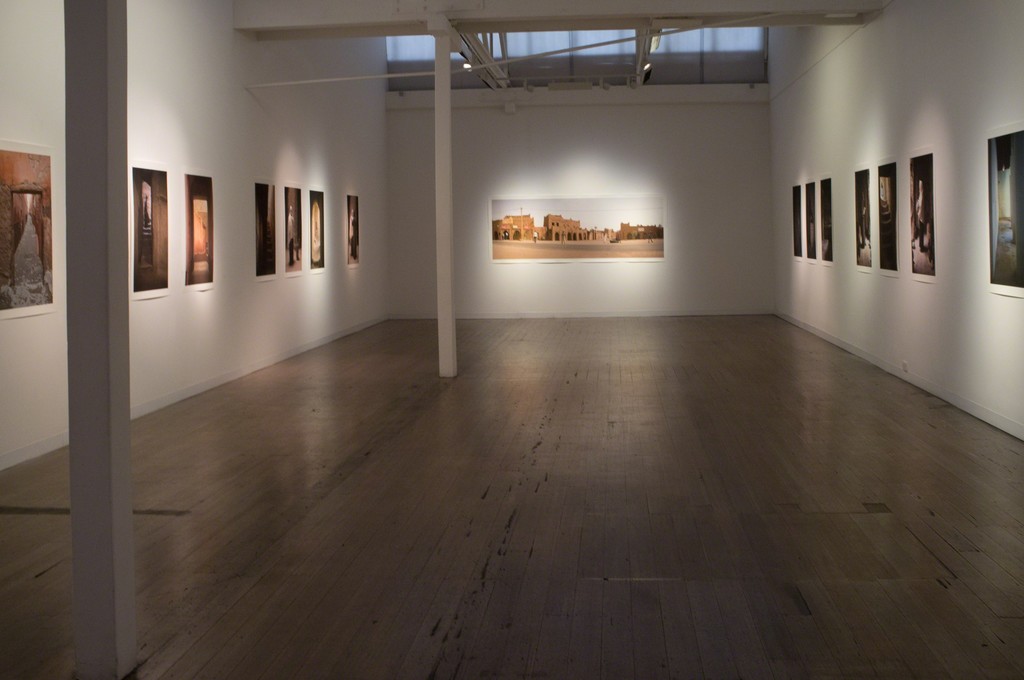 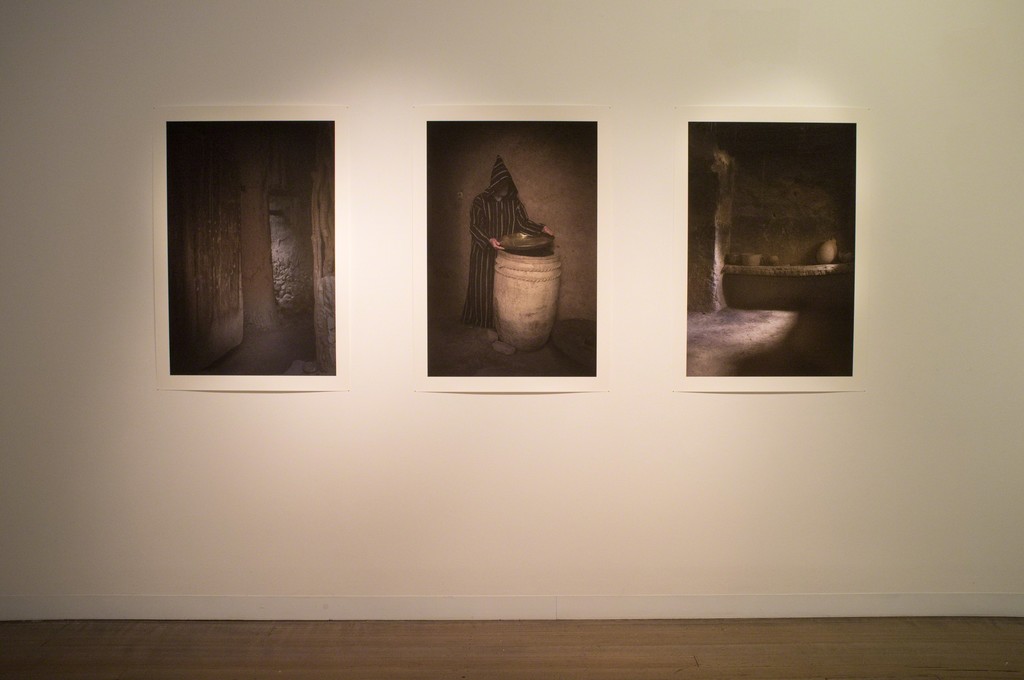 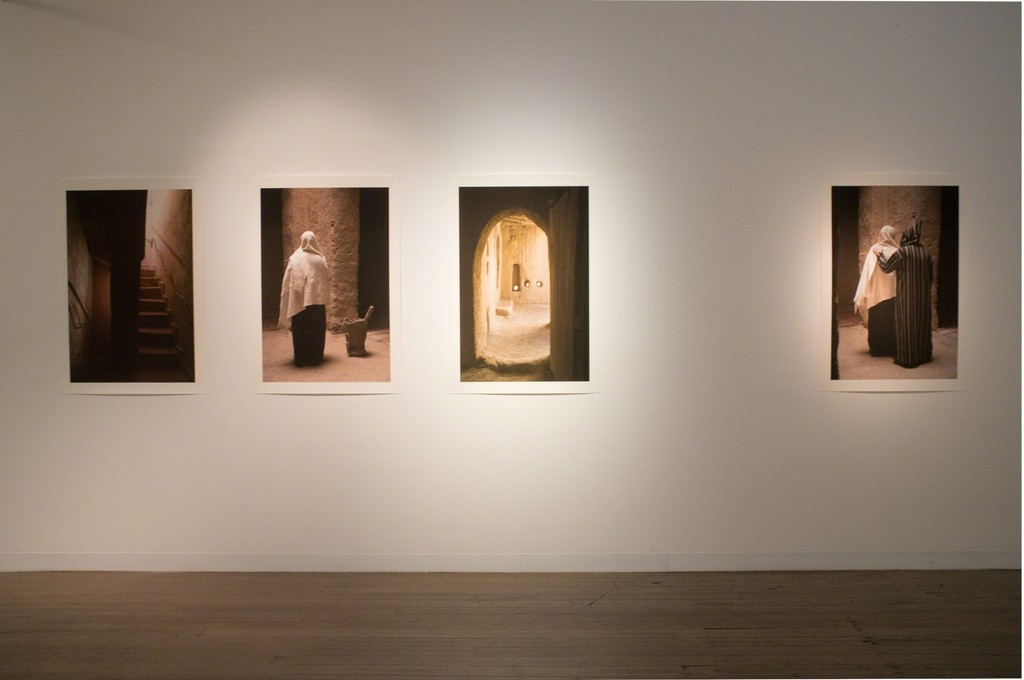 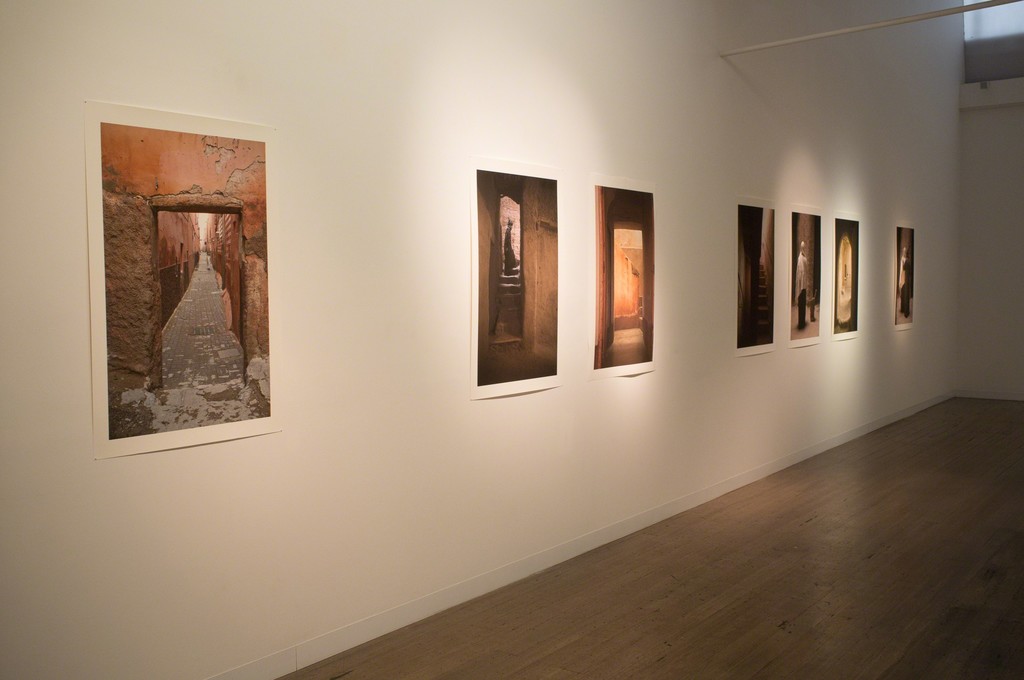 “In this series of works photographed in Morocco, Anne Zahalka represents many thresholds—doorways, arches, a crossroad, a highway and a crumbling film set. Like Janus [god of thresholds] who embodied the value of looking both forward and backward, Zahalka invokes the slippery transition between documentary and staged photography, between ‘participant observer’ and tourist.

In her interiors, Zahalka frames small contemporary details that sit comfortably amongst the soft terracotta, such as a light switch, door handle, surveillance camera and iPad. In this series Zahalka gently foregrounds Morocco’s Janus position and invites us to relish this country’s retention of its medieval past alongside its present, something we might also envy.” - Naomi Cass, 2015

Anne Zahalka is one of Australia’s most respected photographic artists. She has held more than 40 solo exhibitions and been curated into over 140 group exhibitions including Leisureland at the Australian Embassy in Washington, 2007; Three Australian Photographers: Bill Henson, Tracey Moffatt and Anne Zahalka, GEM/Fotomuseum, Den Haag, The Netherlands, 2007; Supernatural Artificial at the Chulalangkorn Art Centre, Bangkok, Thailand, 2005, and the Metropolitan Museum of Photography, Tokyo, 2004; and Photographica Australis, exhibited at the Sala del Canal de Isabel II in Madrid, Spain, and travelled Asia, 2003. In 2007-08 a major retrospective, Hall of Mirrors: Anne Zahalka Portraits 1987 – 2007, was opened at the Centre for Contemporary Photography in Melbourne and toured to the National Portrait Gallery, Canberra, Warrnambool Art Gallery, Ipswich Art Gallery and Bathurst Regional Art Gallery.