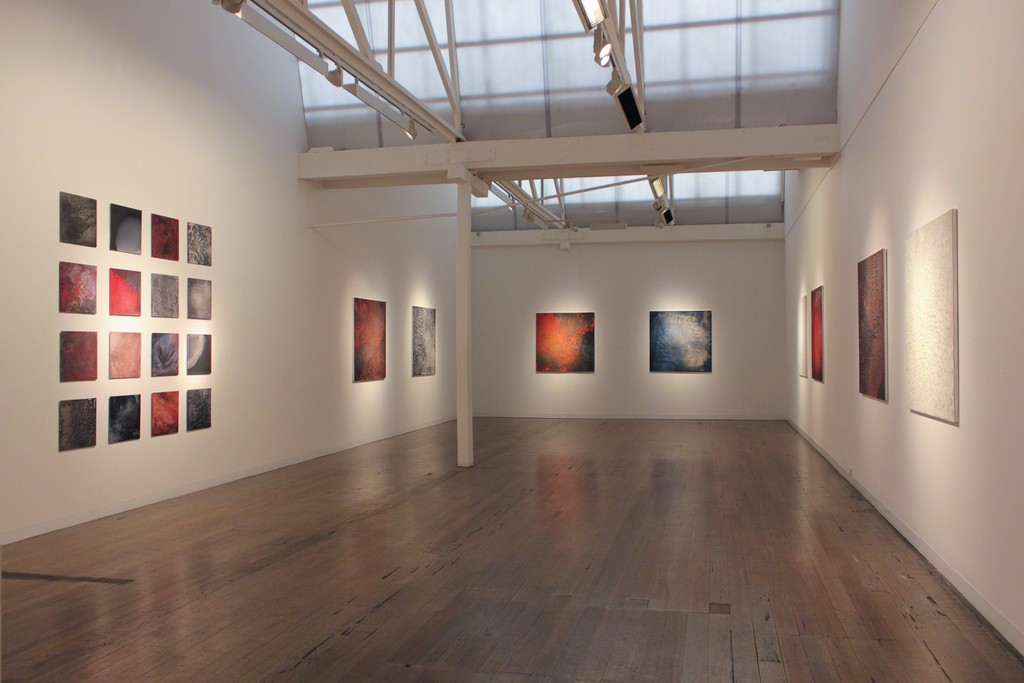 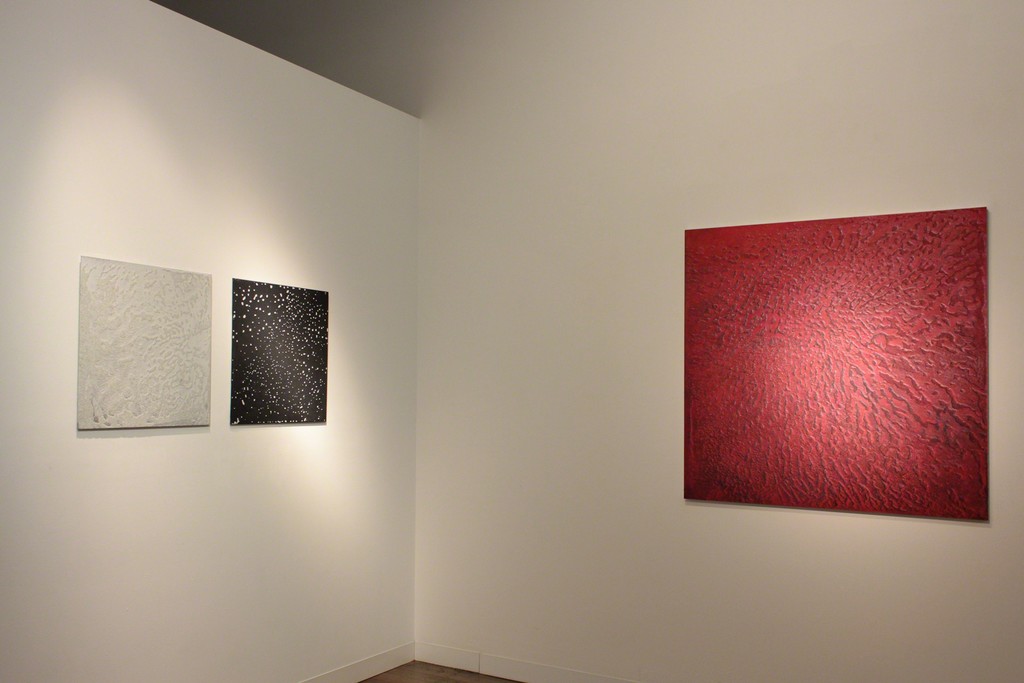 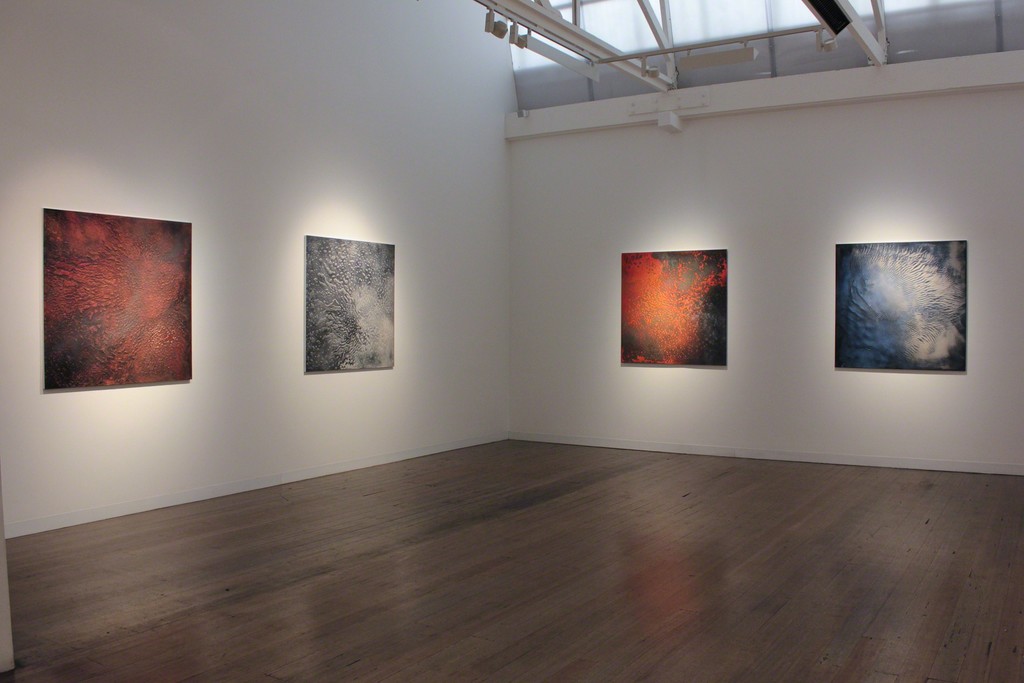 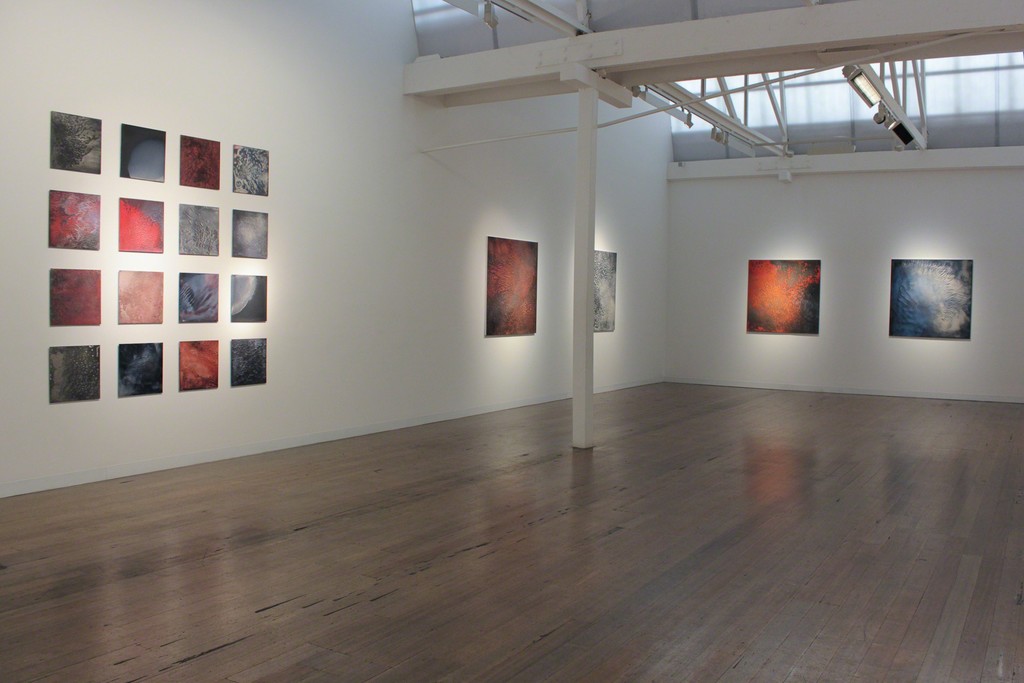 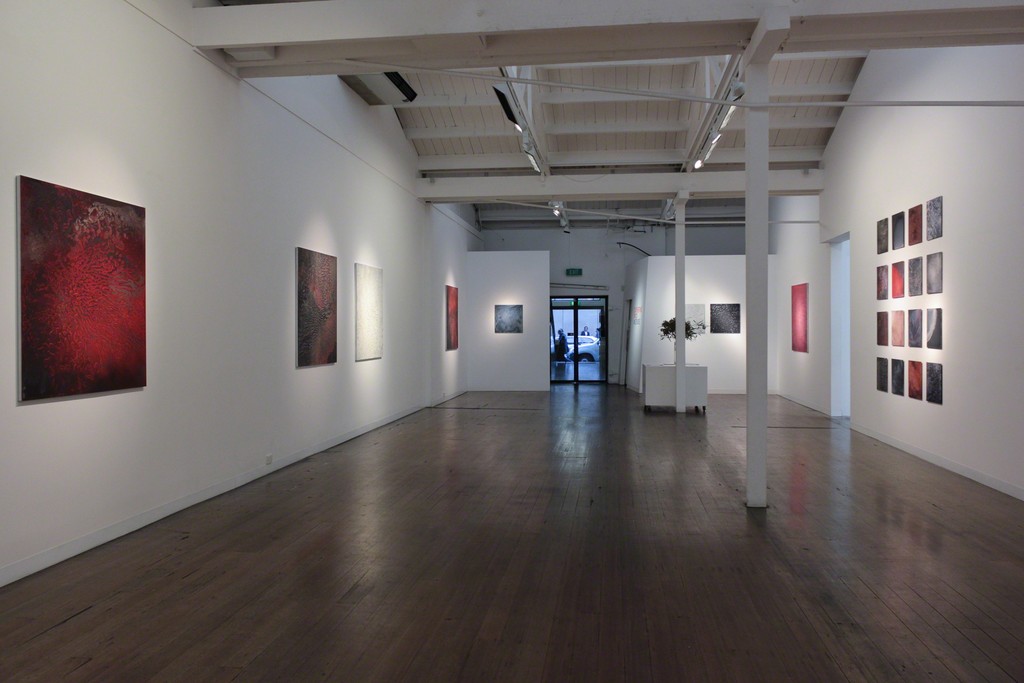 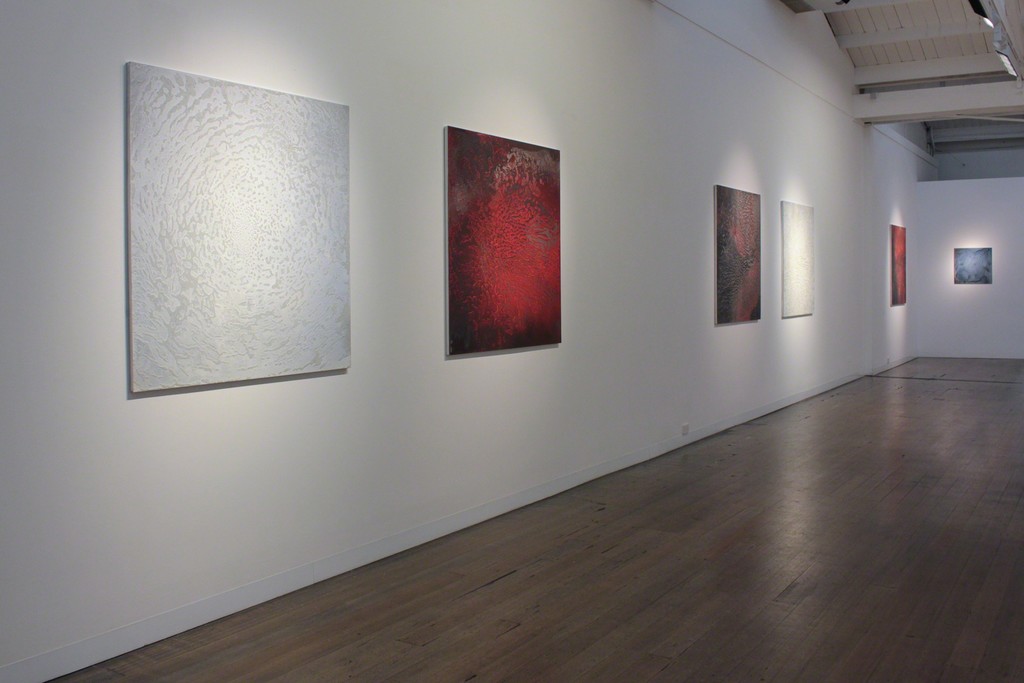 Catherine Woo’s latest exhibition at ARC ONE Gallery continues her visually stunning oeuvre of ‘painting with weather’. The title, Incendie, is drawn from the French term for fire, which Woo has used as the axis for exploring themes of fire and heat. Concerned with the inter-relationship between humans, the body and their natural surrounds, Woo’s abstract, topographic and luminescent surfaces are underpinned by a consideration of how our ideologies and senses are shifting in response to climate change and anthropogenic processes on the environment.

At the core of Woo’s practice is her collaboration and experimentation with natural forces. By manipulating the immediate environment around her (namely, redirecting the gutters to allow rainwater seepages and wind into the studio), Woo orchestrates naturally occurring forms onto the aluminium canvas. The resulting works journal this space of negotiation between artist and weather, and as Woo describes, they depict a ‘trace of their alliance’.

The delicate imprints on Woo’s paintings are instantly recognisable as tactile weathered surfaces that form patterns akin to aerial views of landscapes. Substances such as iron, silica, calcium carbonate, mica, pigments and black sand are combined with vibration and evaporation to create a painting system whereby the works self-propagate. For Woo, partly relinquishing control and respecting the agency of materials and the power of their interaction is central to her practice.

In 2010, Woo was included in an exhibition at the Samstag Museum in Adelaide titled Abstract Nature. In 2008 and 2011, Woo was awarded a $20,000 New Work grant by the Australia Council Visual Art Board and was included in the Biennial of Australian Art in Adelaide. She has completed major commissions for corporations including Visy Corp Australia, the Chinese World Trade Centre, Beijing, Shangri-la Hotel, Beijing; Four Seasons, Hong Kong; and the Ritz Carlton Hotel, Shanghai, as well as being represented in private and public collections in Australia, Britain and Asia.