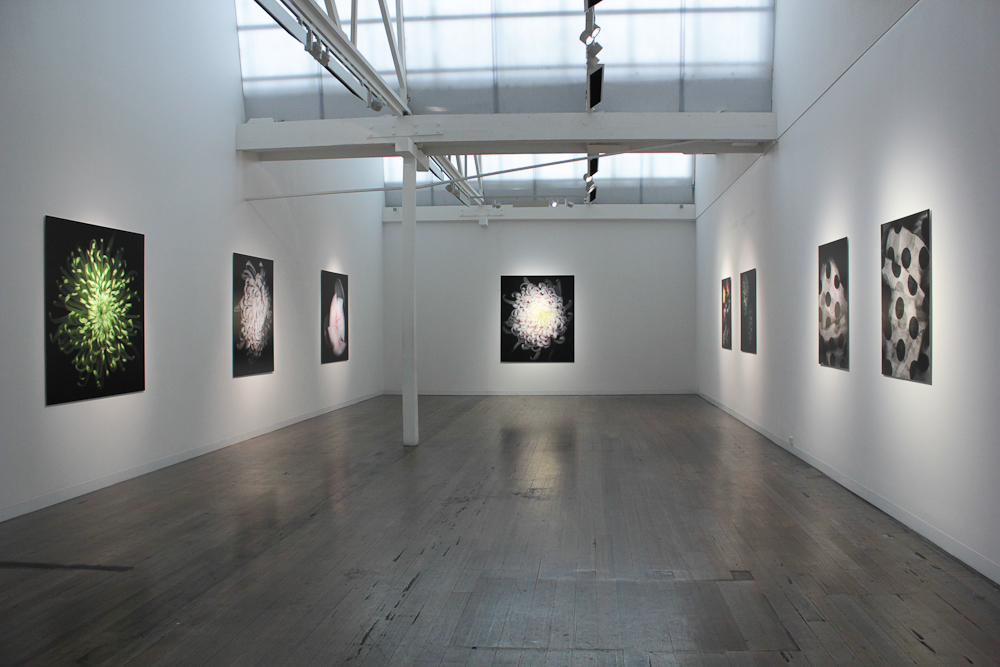 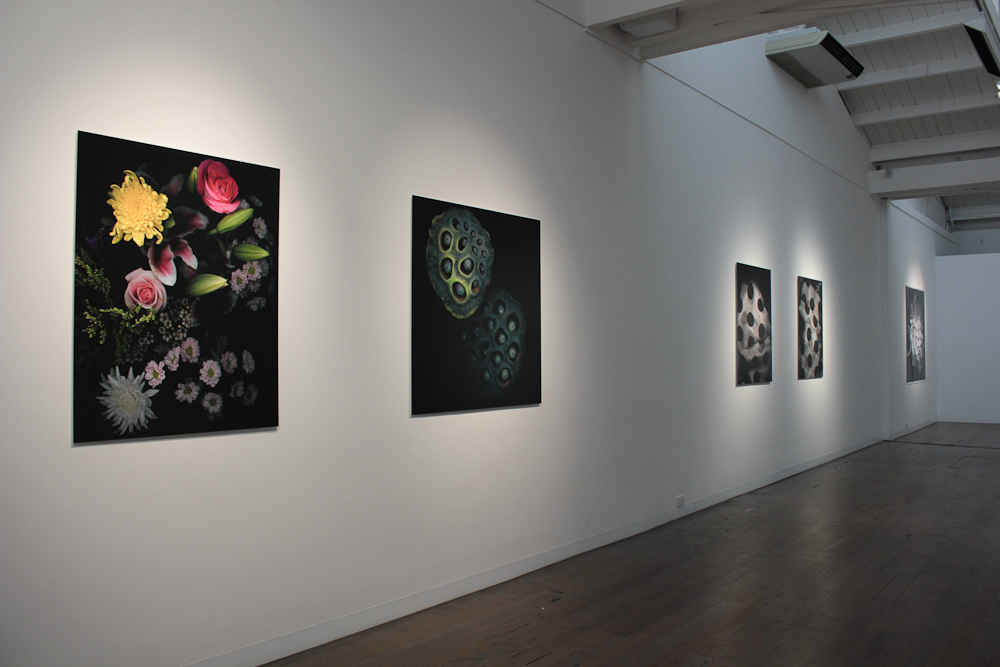 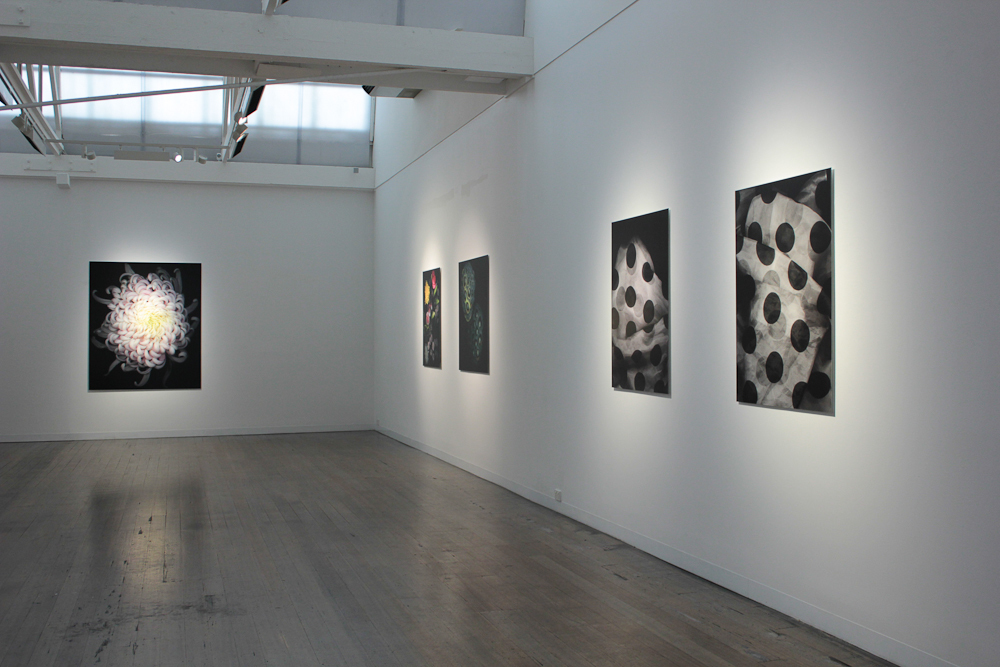 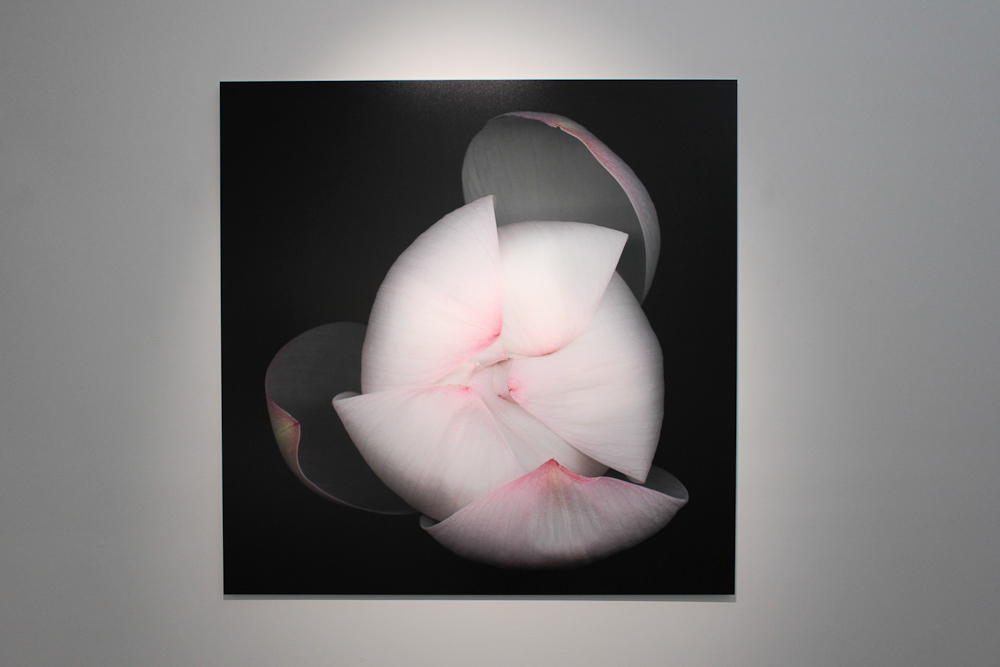 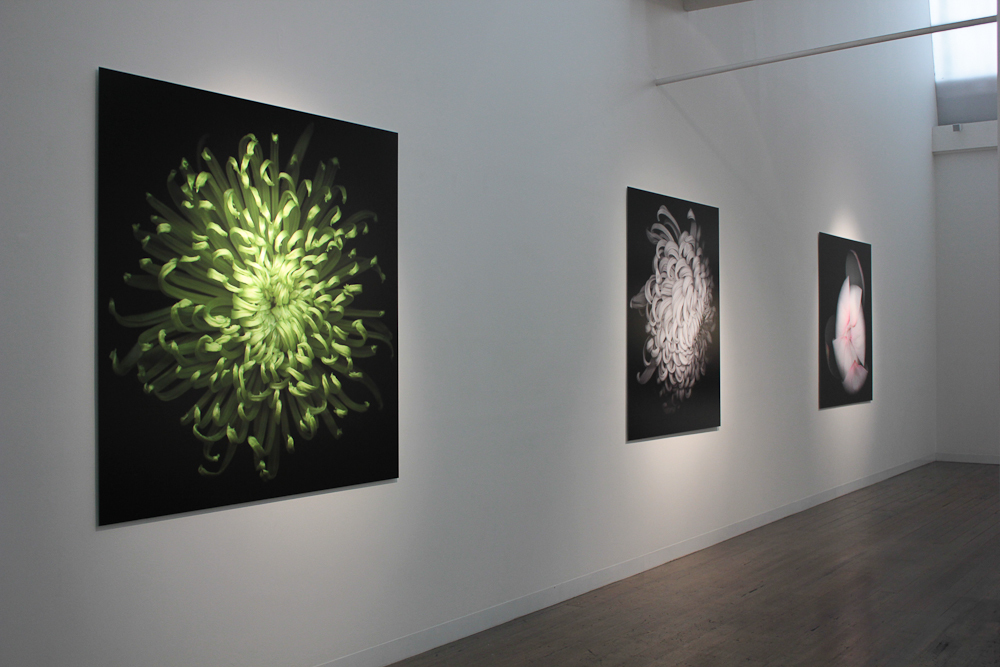 Huang Xu’s latest photographic exhibition in Australia continues his preoccupation with the contradictions of past and present Chinese culture. His large-scale and luminous colour and monochrome prints of native Chinese flowers, smoke and sheer gauze gliding through dark space are both delicate and monumental.

His remarkable Flower series, of which six new works are included in this exhibition, present intimate views of natural plants known in Confucianism as the ‘Four Gentlemen’ or ‘Four Noble Ones’ – plum blossom, orchid, chrysanthemum and bamboo. Adopting these plants, Confucian symbols for the qualities of a learned man, Huang Xu deftly reinterprets one of the most popular themes in traditional Chinese ink and wash painting through the contemporary medium of photography. In balancing negative and positive space throughout his work, the artist also draws on Taoist philosophy, which considers all things to have a complementary opposite. Sensuous, bold and elegant, the artist’s floral iconography explores ideas of mortality, seduction, vulnerability and contradiction.

The positive and negative binary is further applied in his Smoke works, which capture the remnants of burning incense, and the new Black Dots series. In Black Dots, Huang Xu manipulates sheer gauze – a seemingly simple material, reminiscent of the silks and plastics found in his earlier photographs. The material once twisted, layered and knotted forms a series of deliberately abstract and geometric compositions. For Huang Xu, who has spent many years studying Chinese painting, these works resemble Chinese landscapes, as he brings together the negative and positive spatial elements key to classical composition with a decidedly contemporary sensibility.

The incredible detail generated through the use of modern photographic equipment creates a sensuality and lushness in these works, heightening the status of Huang Xu’s oft-fragile subject matter to majestic proportions. The voids which thread through each of the prints are employed by the artist as a spiritual counterpoint to the actual subject, and symbolise the mystery that he feels surrounds Chinese culture.

Huang Xu was born in Beijing in 1968 and graduated from the Beijing Academy of Fine Arts in 1991. He established the Substratum Art Studio in 1989, the Migrant Bird Art Studio in 1991 and the Big Basin Studio in 2003. He has exhibited in Australia and China and works as a professional artist in Beijing. His work has also been exhibited in Germany, France, UK, Dubai, Spain, South Korea and many cities around China. He is included in the collections of The White Rabbit Collection (Sydney, Australia), University of Western Sydney (Sydney, Australia), Turchin Center for the Visual Arts (North Carolina, USA), ANZ (Melbourne, Australia) O Gallery (Beijing, China ), Yu Gallery (Paris, France), CAP Collection (Australia, China and UK) and Jackson Lalic Lawyers (Sydney, Australia).