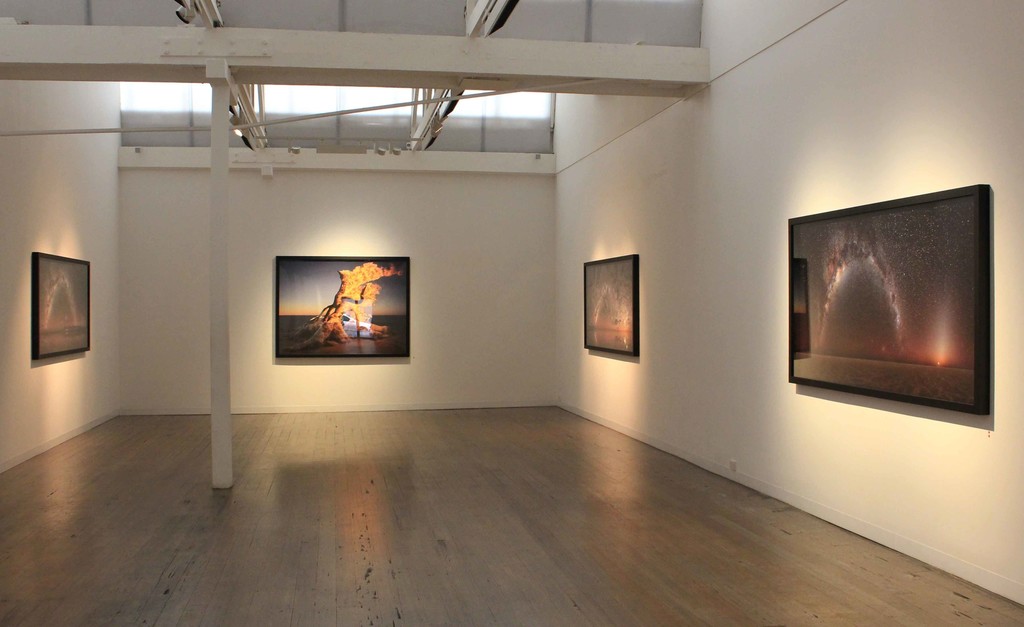 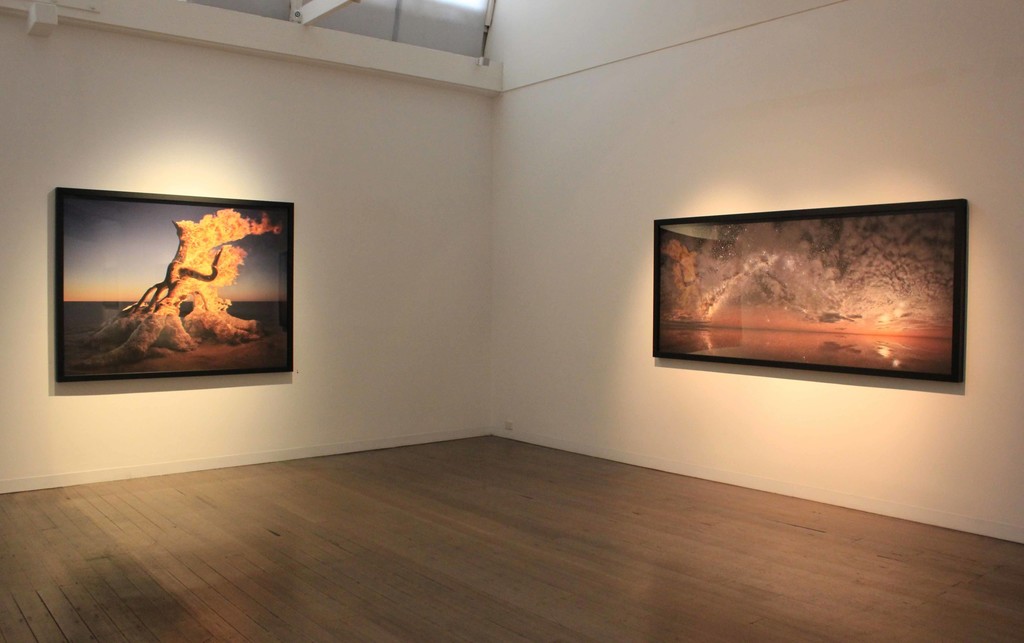 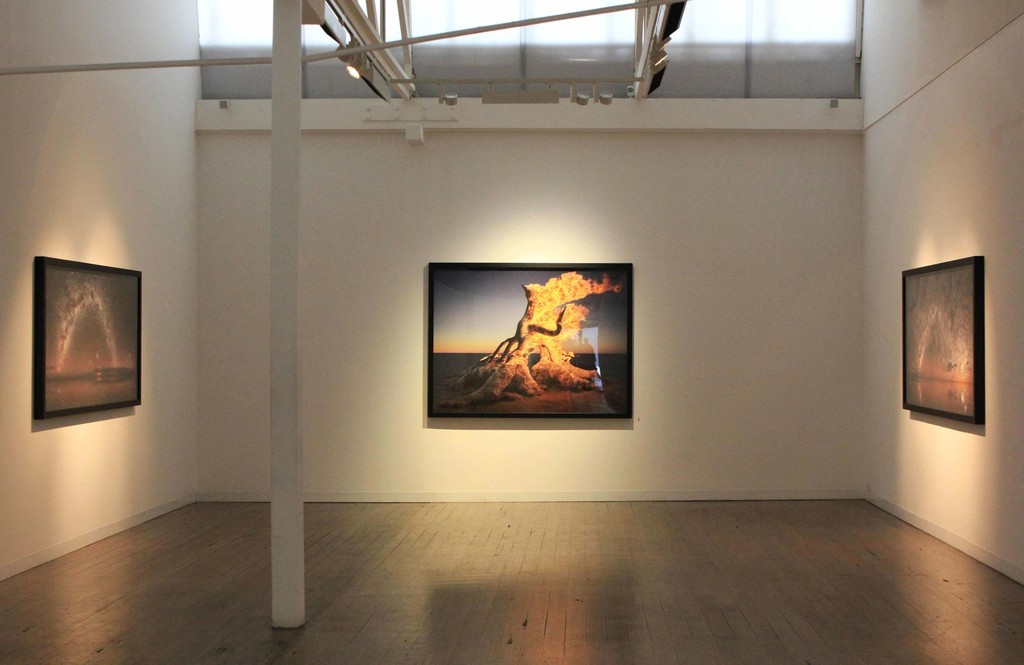 Murray Fredericks has garnered significant attention worldwide as an artist who seamlessly combines artistic talent and conceptual rigour with a mastery of the camera. His mesmerising photographs examine existential concepts of space and place within the context of landscape, conveying profoundly meditative spaces that transcend conventional notions of photography.
His latest exhibition, Origins, takes fire as its central theme. The title image is a powerful depiction of a salt encrusted, upturned tree deliberately set alight for the photograph. It is named after Eadweard Muybridge, the highly influential eighteenth-century pioneer of stop-motion photography, whose 1878 ‘horses in motion’ series was historically significant as the first use of the camera to make visible elements of fast motion previously imperceptible to the human eye. In Fredericks’ image, the flames in motion are frozen by the high-speed shutter of the camera, and make visible that which exists just beyond the perceptions of our senses. The flames present their own internal landscape while the artist’s ‘intervention’ serves to gently probe the role of fire in our cultural and social imagination.

With fire at the heart of this exhibition, nature and its powerful forces once again become Fredericks’ focal point. A suite of monumental photographs depicting the spectacular Milky Way straddle the artist’s famed Salt series, produced at Lake Eyre between 2003 and 2015, and his recent series, Origins. In these vast and deeply contemplative vistas, the stars – themselves balls of fire in the night sky – point to cosmological origins and infinite space, and incite a visceral response in the viewer. Looking out from Australia’s largest salt lake at an overwhelming expanse, Fredericks puts our place in the universe into dramatic perspective. Although always with an eye on the horizon, the narratives of Fredericks’ works fall outside the geographical qualities of place. His large-scale prints connect us with our personal and universal origins by drawing on fire’s dichotomy as a destructive, terrifying force as well as an essential part of life.

Murray Fredericks is an internationally acclaimed and multi-award winning photographer and filmmaker. His works are exhibited internationally and around Australia, many of which sit in major public, private and corporate collections, including the National Gallery of Victoria, National Portrait Gallery, Elton John Collection, Valentino Collection, as well as the RBS, Commonwealth Bank and Macquarie Bank Collections. His first documentary film, Salt, for which he was cinematographer and co-director, won twelve major international awards, played over 50 festivals and was screened on the ABC and PBS in the USA.