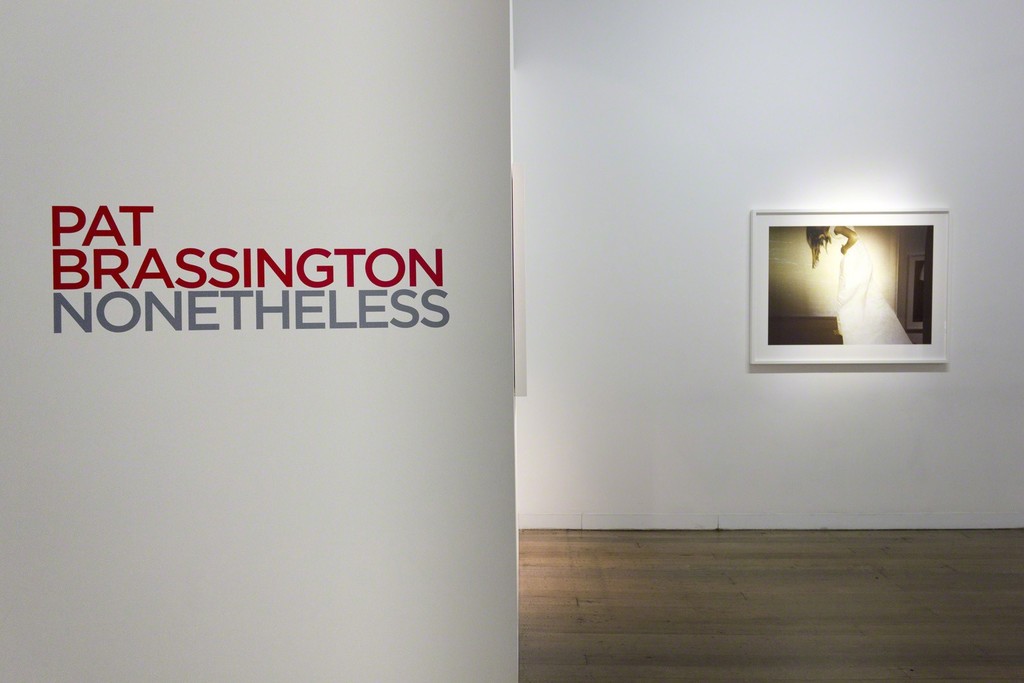 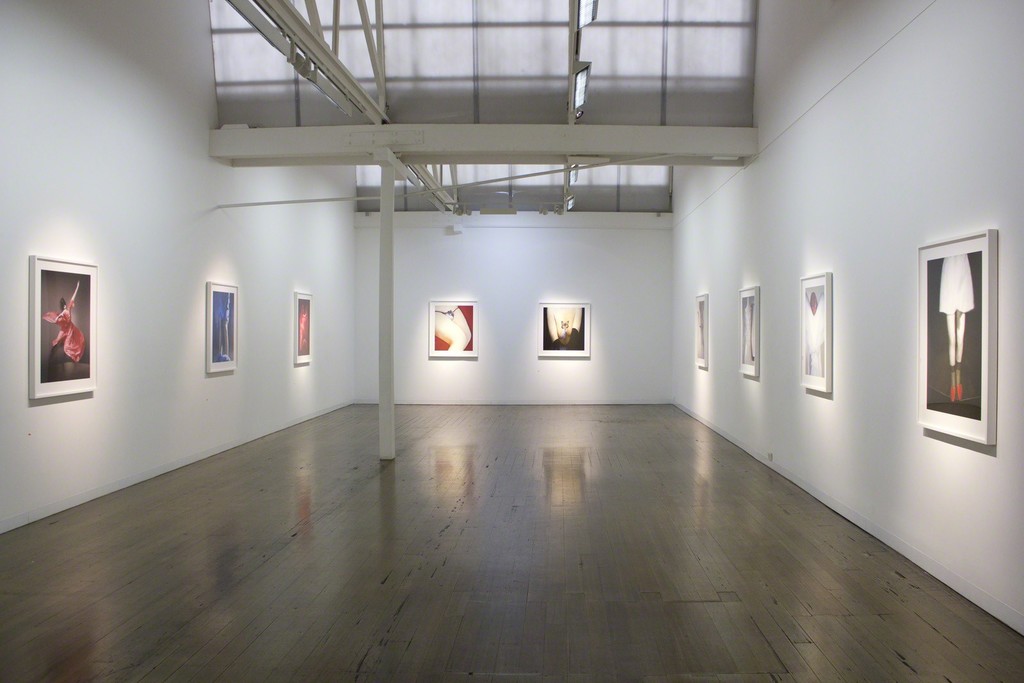 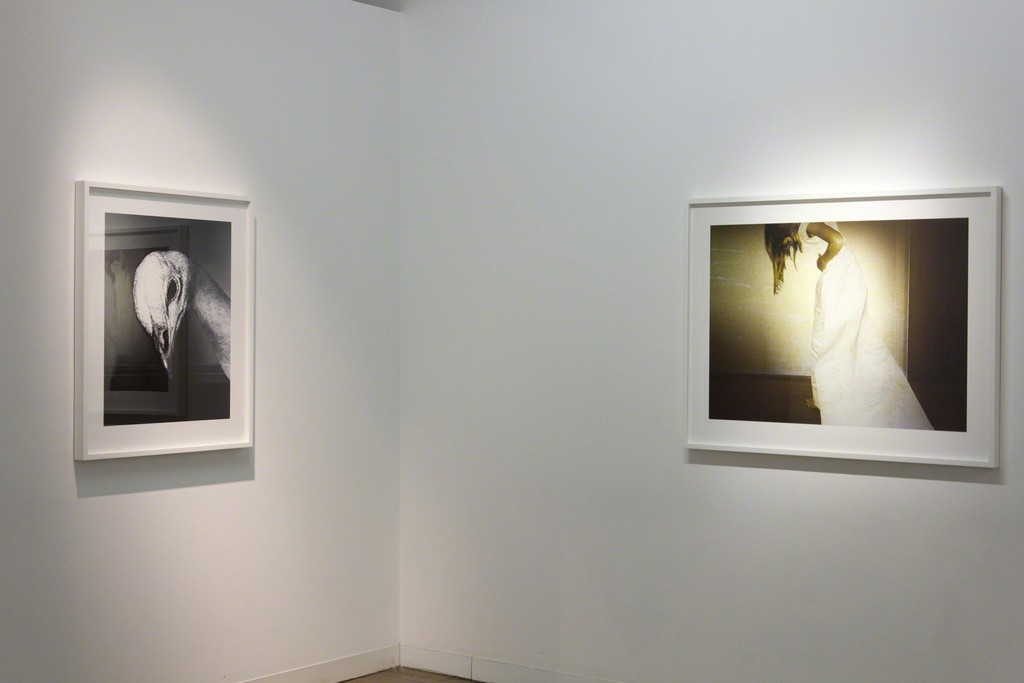 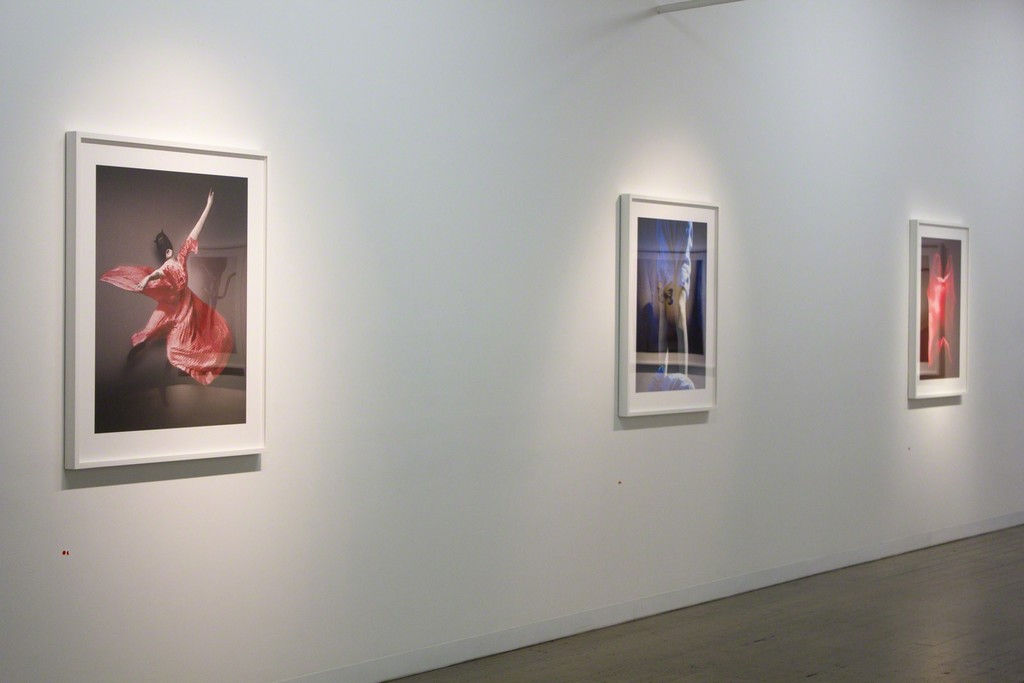 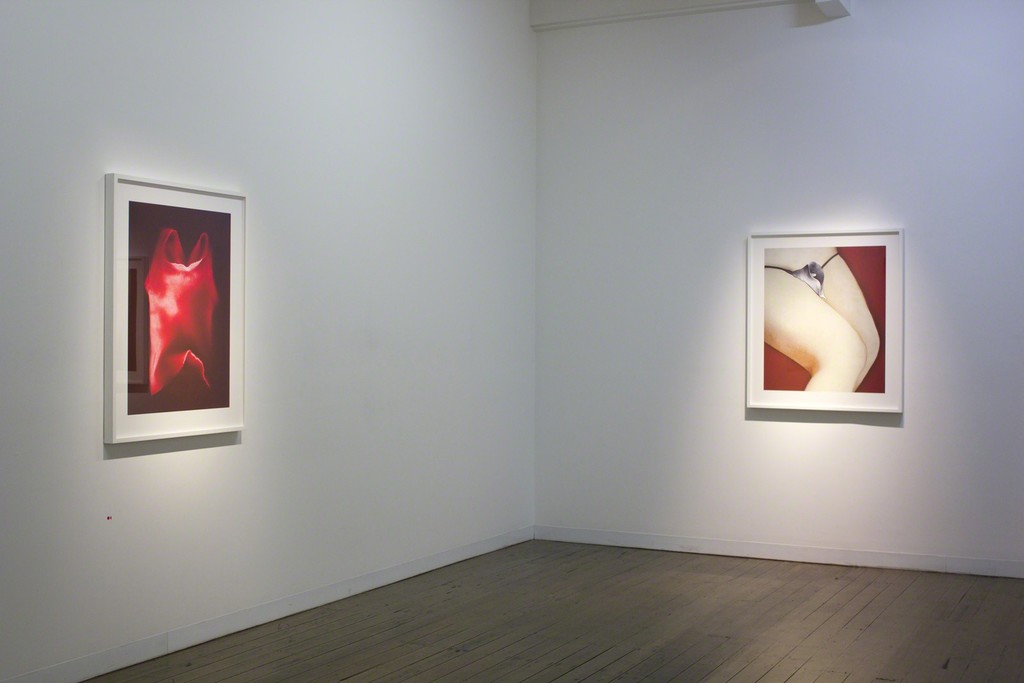 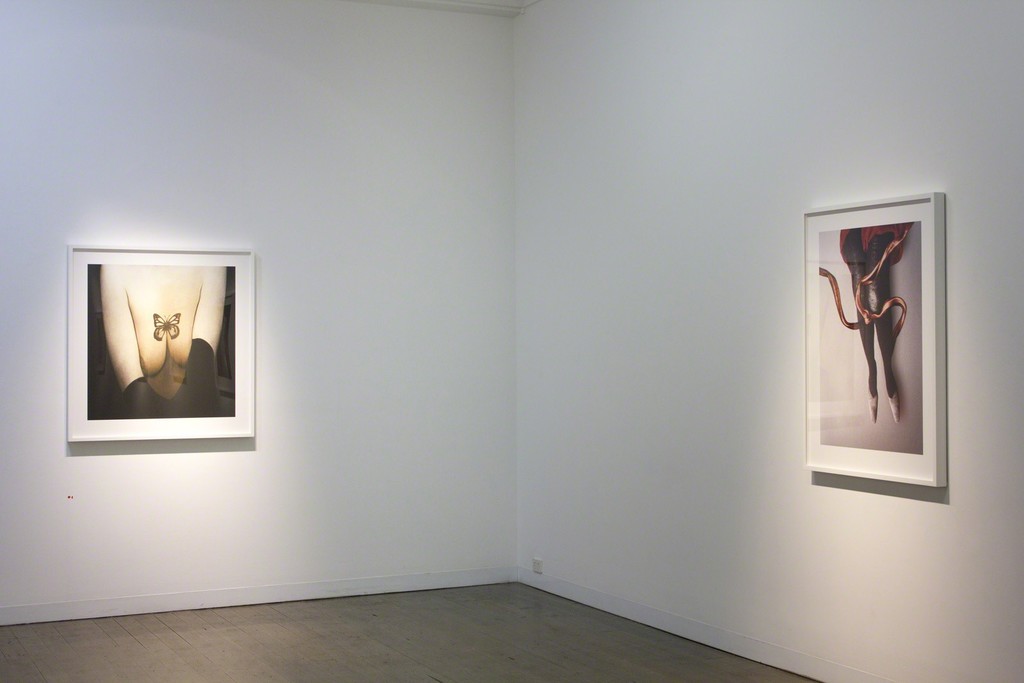 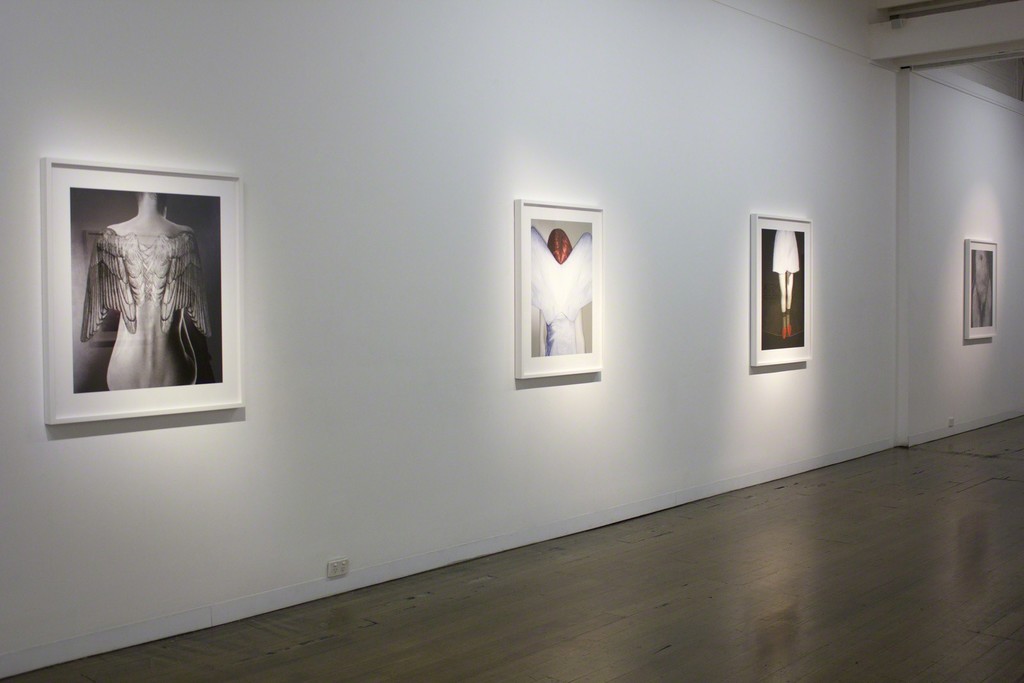 Since the mid-1980s Pat Brassington has worked predominantly in photo-media within a disrupted surrealist aesthetic. Informed by feminism, psychoanalysis and contemporary critical theory, she has developed a unique oeuvre of enigmatic and visually intriguing photomontages constructed from seamlessly joined found and taken images. Suffused with suggestions of fear, repulsion, desire, sex, and memory, but with few clues to decode their narrative contexts, these images exist in an ambiguous space that triggers unexpected associations.
In 'Nonetheless', images and motifs familiar from previous series evolve and shift, becoming bearers of new meanings and insinuations. Bodies are fragmented, distorted and foreshortened, female lingerie is submerged and sodden, flowers are erotic, reds and fleshy tones pulsate, feet are hyper-pointed and elongated, and shoes are fetishised. Digitally manipulated, evocatively juxtaposed, and placed within claustrophobic, eerily lit interiors, these innocent forms and bodily fragments are rendered abject and sublime, unsettling and seductive through their superbly loaded connotations.
These works are provocatively ambiguous. Drawing influence from the Surrealists, notions of the uncanny, and Walter Benjamin’s ‘optical unconscious’, as well as literary references such as Alice in Wonderland, Brassington employs photomontage to reveal the incredible power of the mind to transform mundane objects and situations into sites/sights of horror, menace, sensuality, and desire.
As Brassington explains: 'When morphing an image I baulk prior to resolution and prefer to leave it hovering in uncertainty. Our visual brain endlessly seeks resolution and hence the real exerts a magnetic attraction. My aim is to use this gravitas to spin off towards other possibilities.'