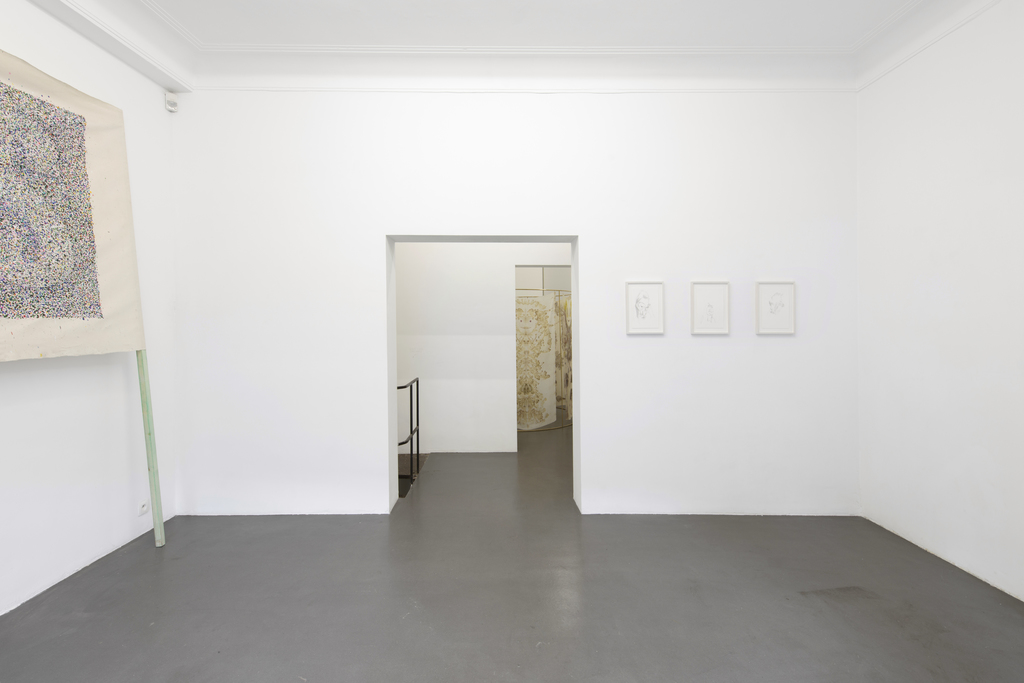 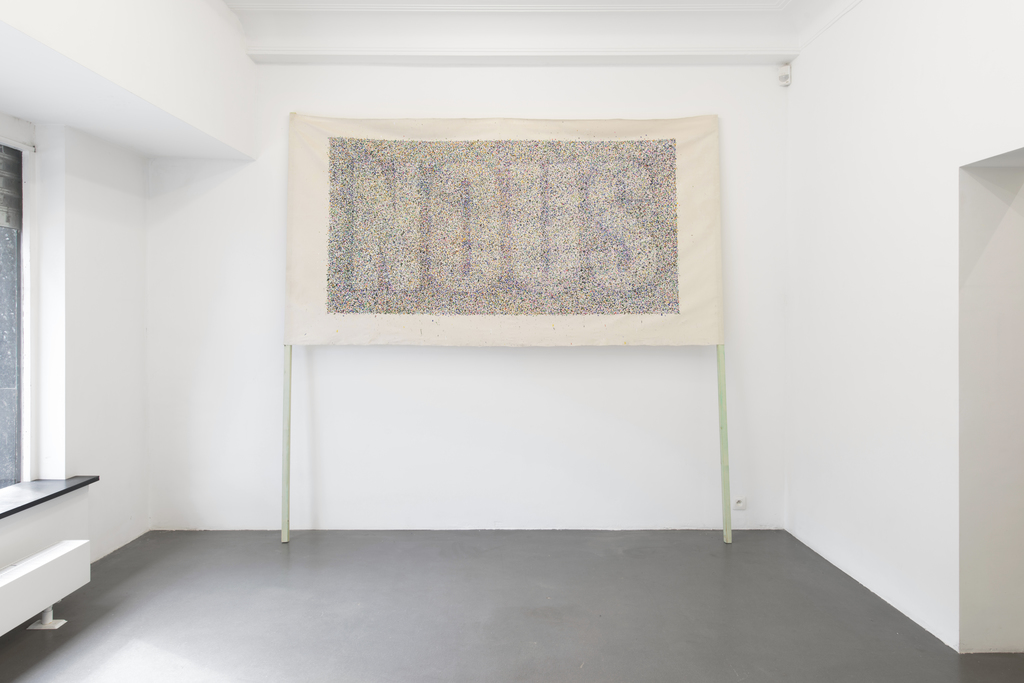 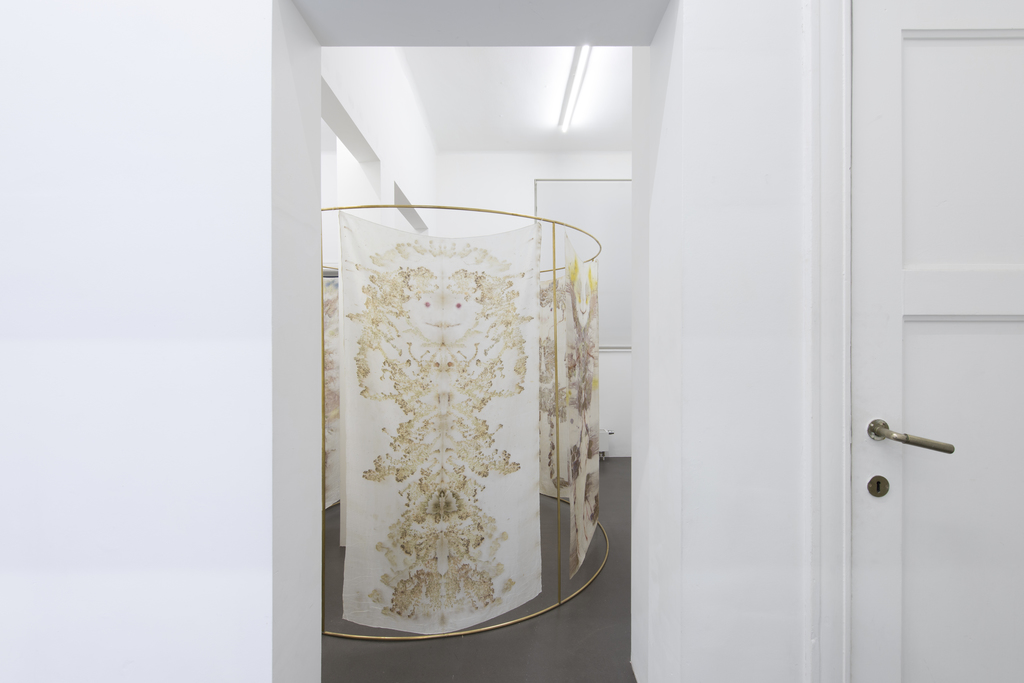 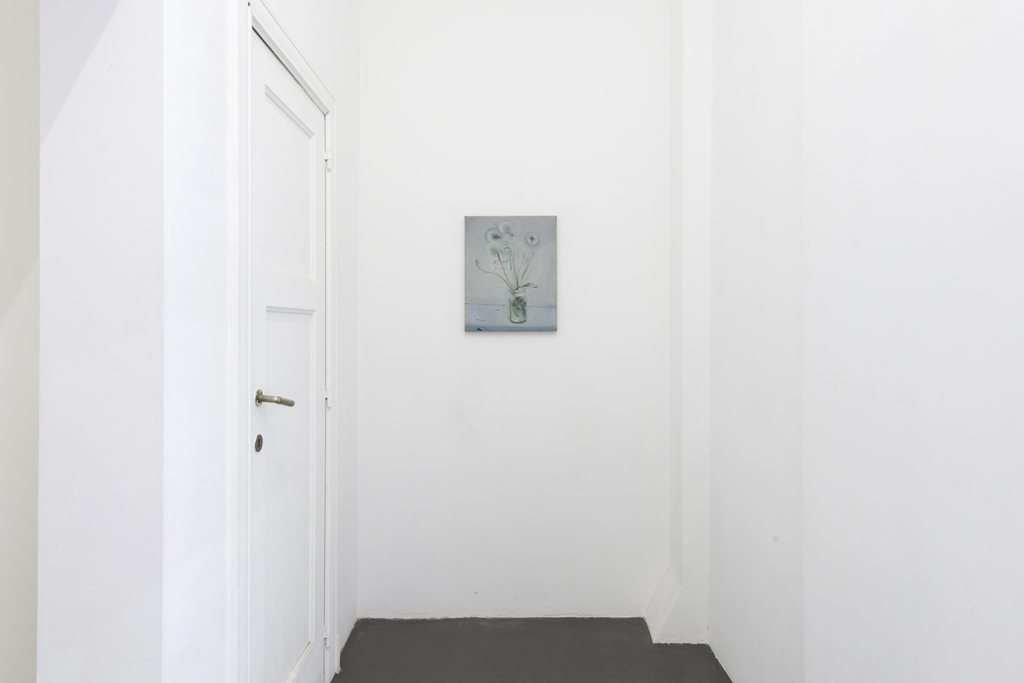 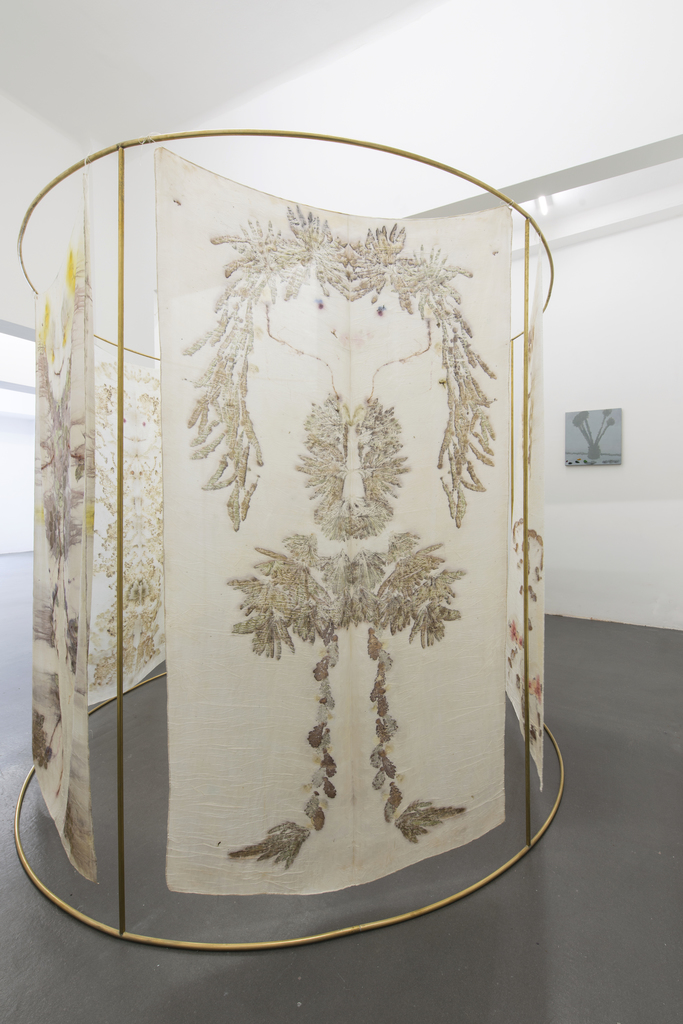 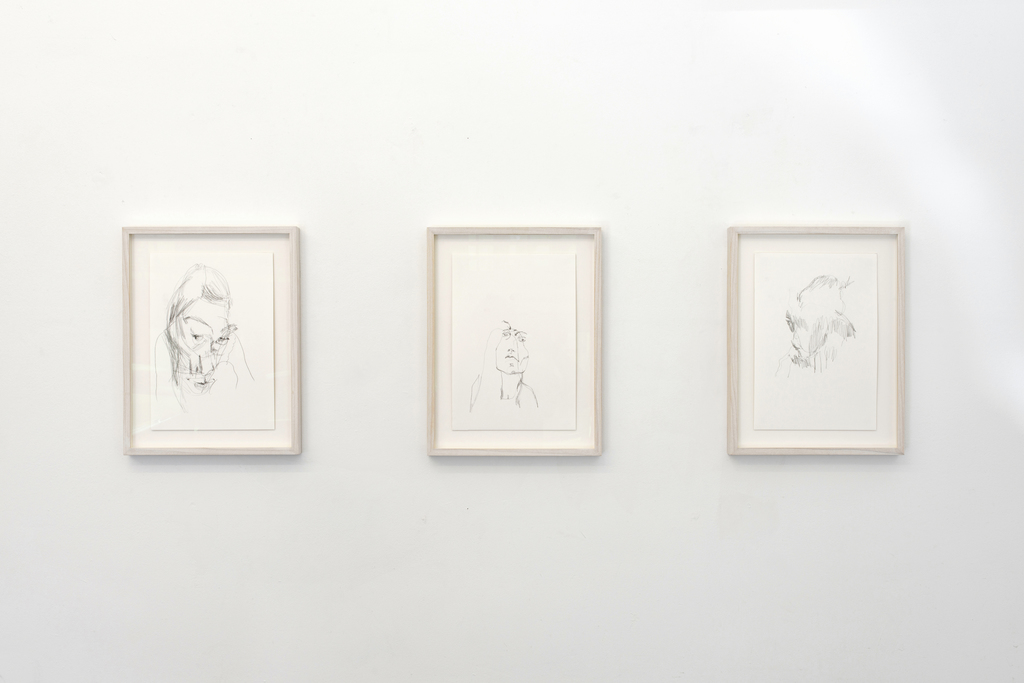 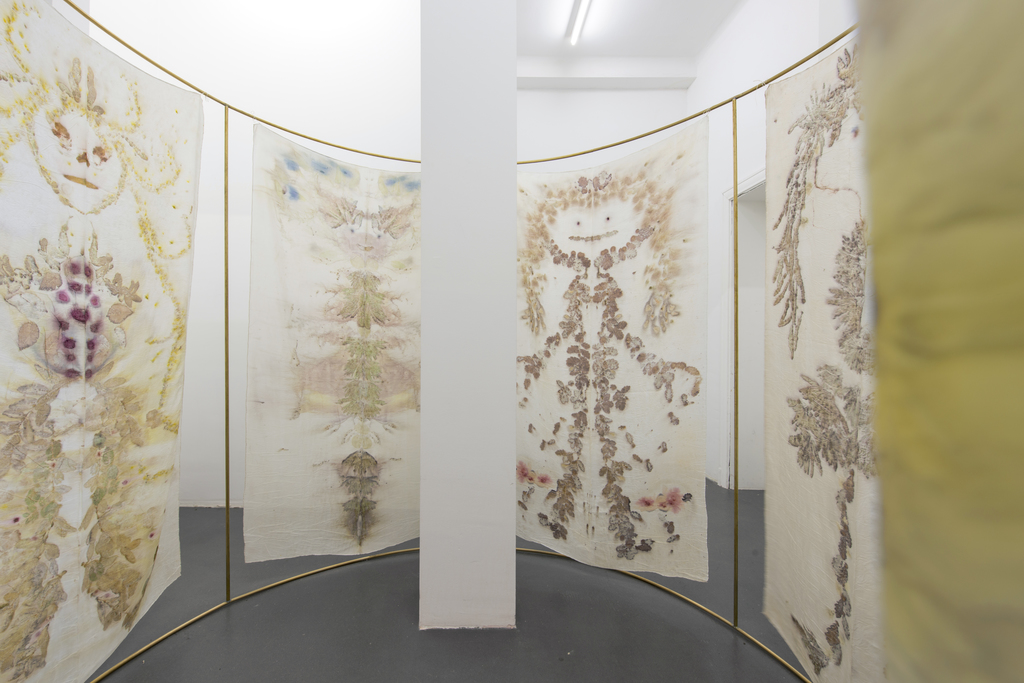 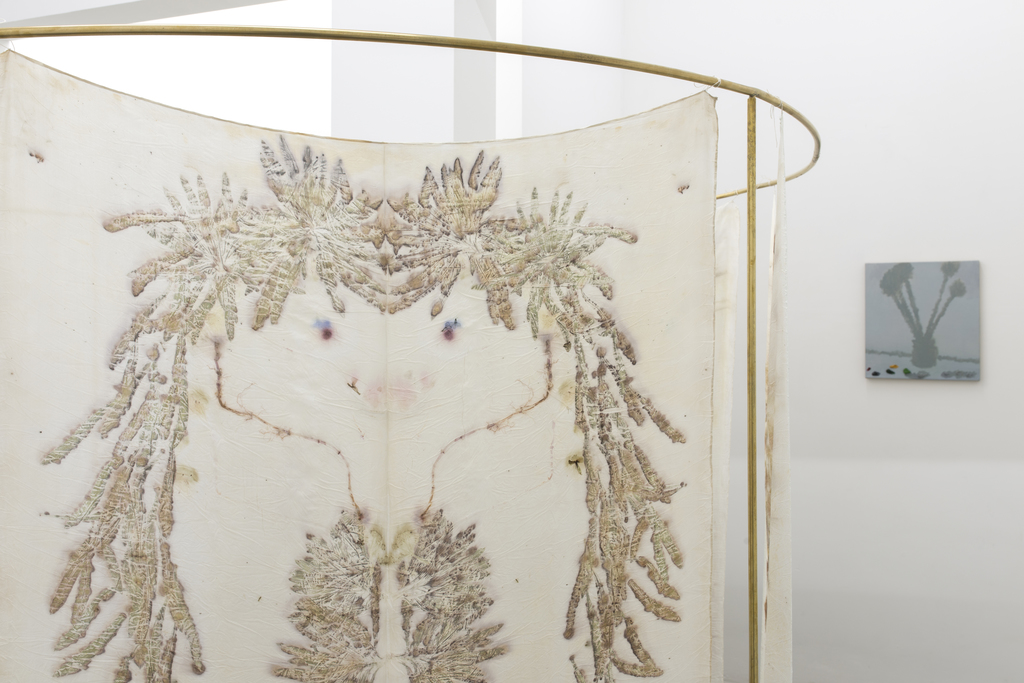 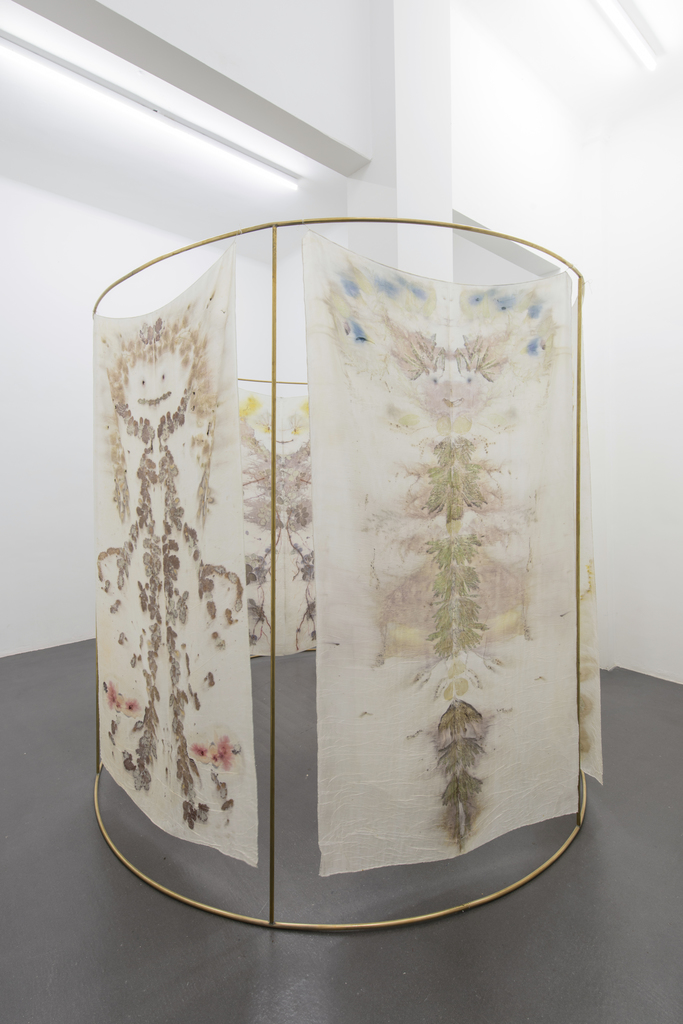 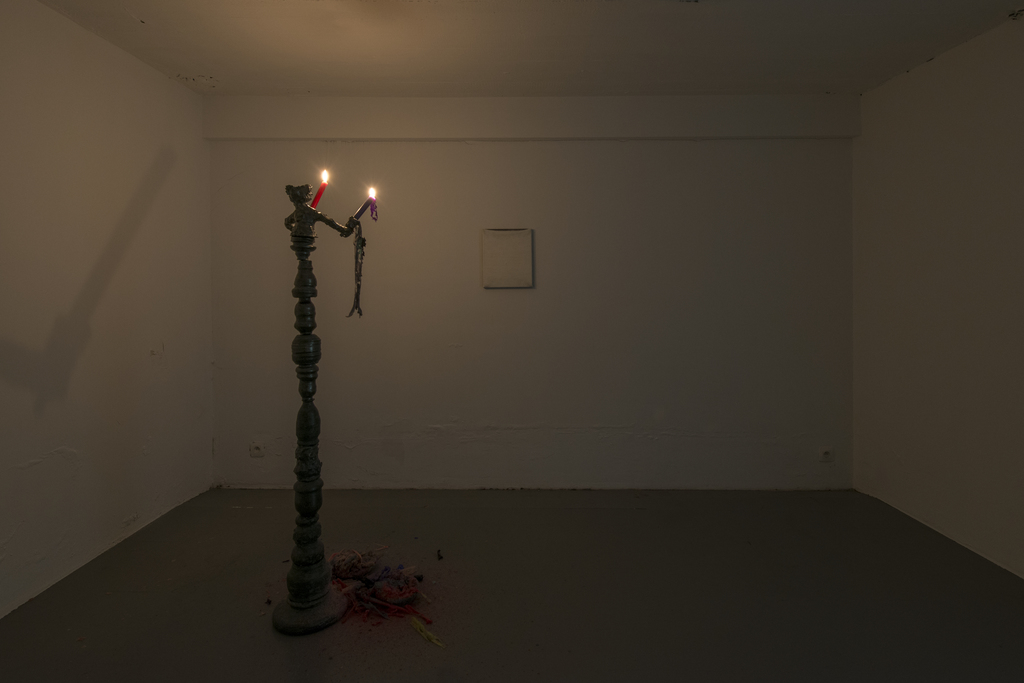 On the occasion of Brussels Gallery Weekend, Arcade is pleased to present its 2nd exhibition at the new Brussels location. The exhibition ’NOUS’ features two of Italy’s leading contemporary artists, Luca Bertolo & Chiara Camoni, who have lived together as a couple for many years but never before exhibited together in a two-person show. It will be their first exhibition in Belgium.
As as a painter, Luca Bertolo is the author of a personal research into contemporary themes: the pervasiveness of the media system, the questioning of modern culture, the instability of the present. Around these elements and concerned with the destiny of painting and the image, the artist alternates different styles and techniques (hyperrealism, loose abstraction graffiti, collage). Sometimes the expression of thought through visual form becomes a necessity, coinciding with basic needs—albeit very complex.
For Chiara Camoni, encountering the mystery of creation is a practice as necessary as eating and drinking, or going for a walk on a sunny day. Her works are linked to the idea of flow and fusion with a simple and basic daily dimension in which the current of daily life freezes to a halt and emerges in meaningful and autonomous forms. Chiara’s works can be created just about anywhere, more often than not in her kitchen; at times, with the assistance of friends and relatives who happen to pass by, all members of what can be called her extended studio. She looks like being in a constant, natural dialogue with our archaic ancestors.

NOUS
Nous - We. We who? We two, We forty, We two hundred thousand, We all - who knowks? Big and small Nous, open and narrow, warm and cold. Every We produces a They. Europe looks frightened: by whom? By Them. Every We, every They. While Europe looks like falling apart under petty chauvinisms, a Nous can be easily misunderstood. Artists know that. Artists work in the realm of matter and misunderstanding. Poor fellows, have no other choice.
Nous (noûs in french) is also the transliteration of greek’s νοῦς, an ancient word meaning universal or spiritual intelligence, intellect, reason. It also means awareness and good sense. What’s the use of intelligence? Fire, Wheel, Word, Steam, Hamburger and Bomb. How does Flower’s intelligence look like?

"The woods are bright green on both sides of the line, The trees have their loves though they’re different from mine." - W.H. Auden