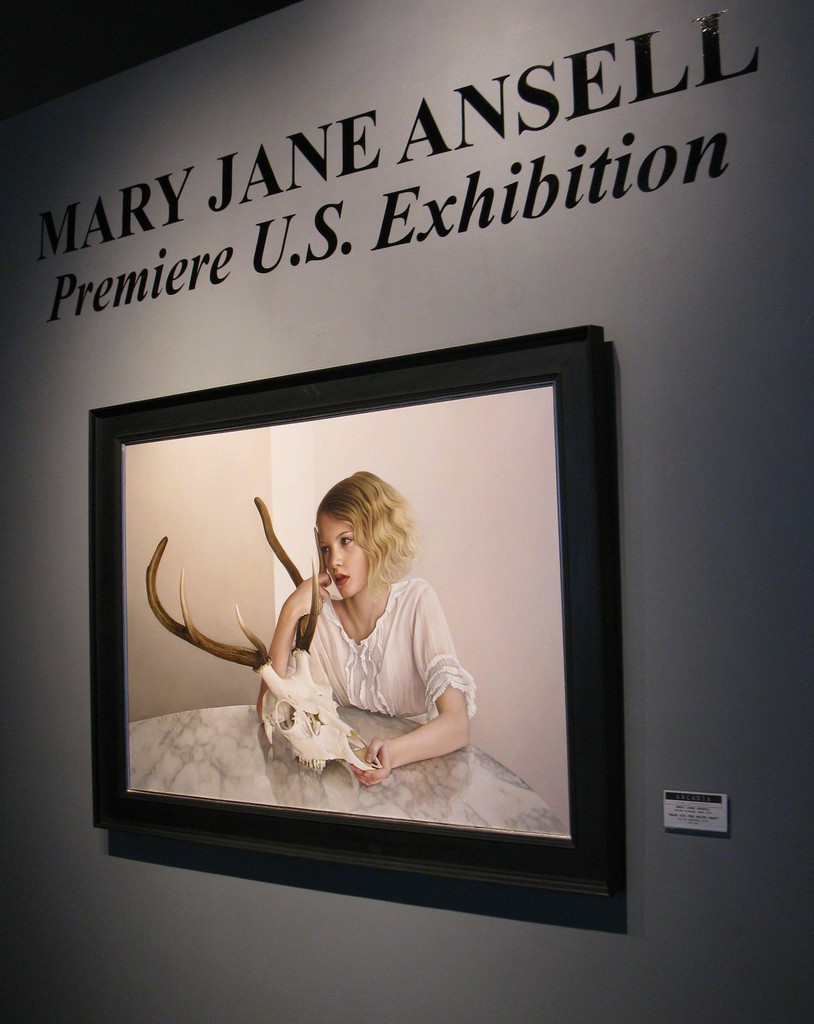 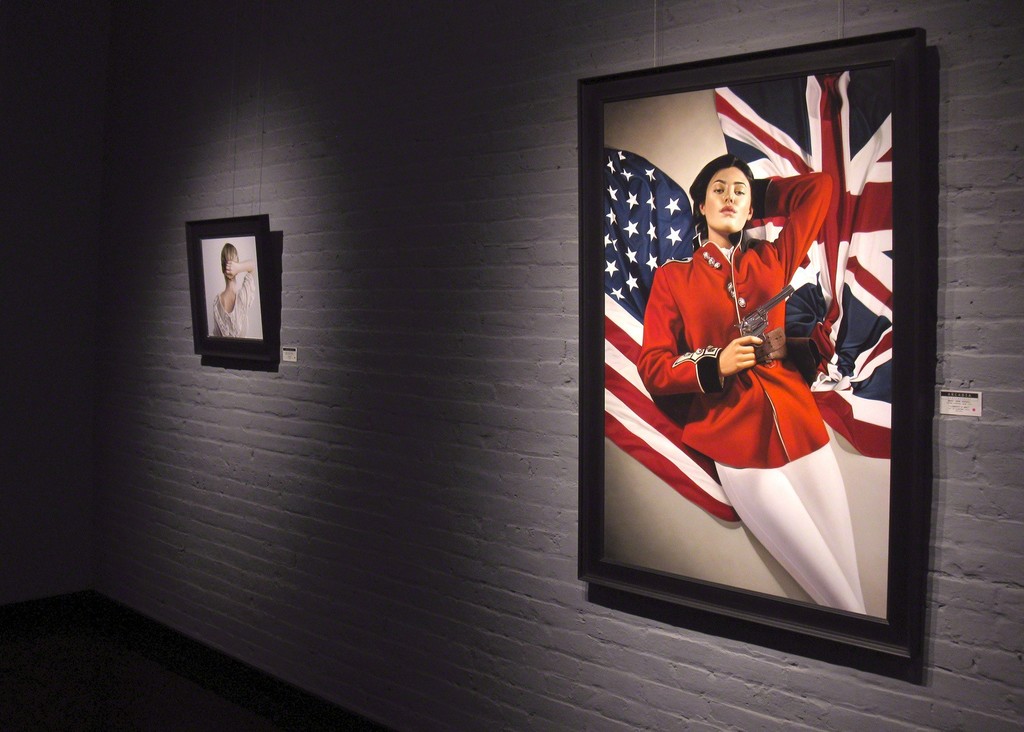 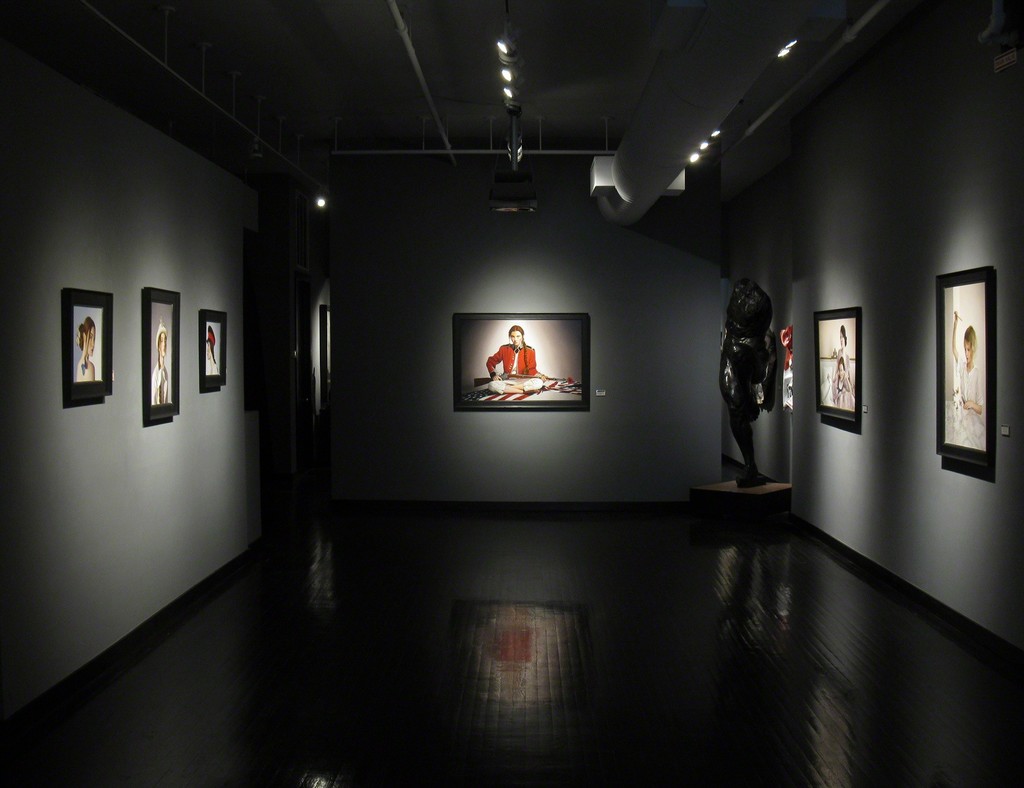 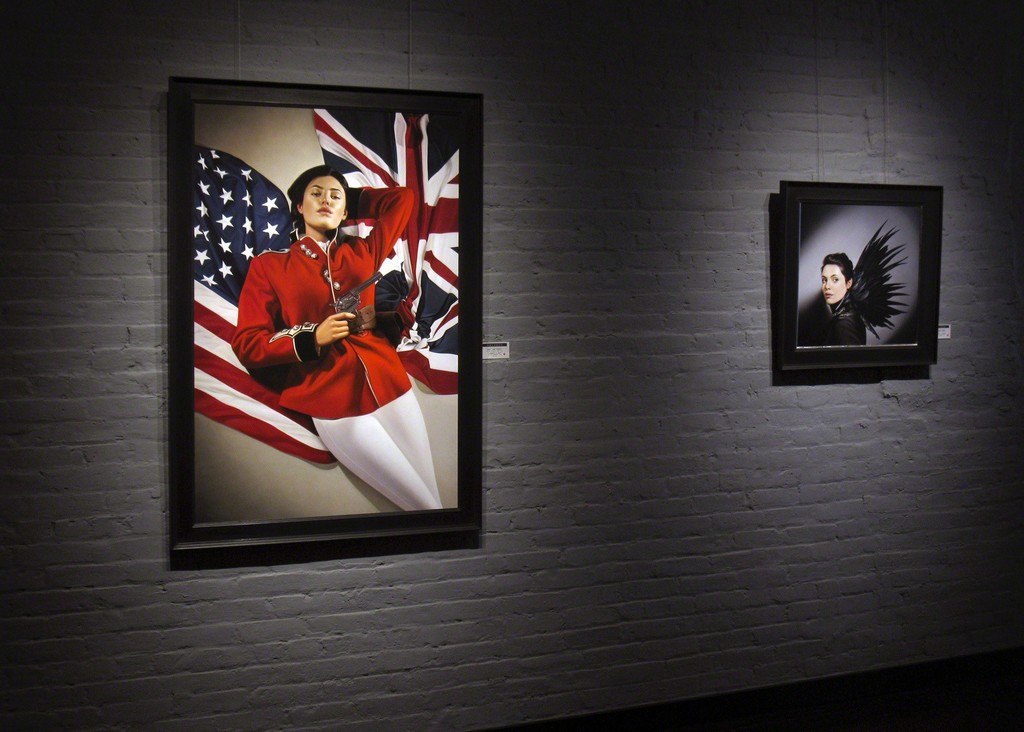 Arcadia Contemporary is proud to host the premiere U.S. exhibition of paintings by Mary-Jane Ansell. Ansell is one of the few female artists in the world to be a finalist in four different years of Britain’s prestigious, BP Portrait Award competition, held anually at London’s National Portrait Gallery. Ansell’s works are known for their ability to incorporate intriguing narratives that transport the viewer into moments that are both transcendent and meditative. While Ms. Ansell has rendered her ethereal subjects in a manner most delicate, the people depicted are just the opposite. “These are all women of tremendous strength,” the artist says. “Though presented via soft colors and moods,” she continues, “I quite often have the model looking directly at the viewer. This creates a real presence, almost a dialogue between the person looking at the painting and the subject who sat for it.” And although the sensuality and beauty of the sitter are apparent in her oils, they are not the main focus of the painting. “When women paint other women,” Ansell says, “the sensuality is just the supporting rhythm of the piece, rather than the main melody.” For Ansell, the relationship between artist and her chosen models is a reciprocal bond. Some models have returned to her studio for over ten years. Their growth as individuals has impacted the direction of Ansell’s work, illustrating the artist’s curiosity for the human spirit. Sixteen new oil on aluminum panels (the artist’s preferred medium on which to paint because of the flawlessly smooth textures she can achieve) will be premiered at the Soho gallery. In drawing from influences that range from classical portraiture, to
rock and roll, to the world of haute couture, Ansell reveals an interplay
of solid and diaphanous shapes combined with warm and cold surfaces, executed through her masterful technique. The results are astounding narrative paintings of great depth and beauty. These works
incorporate imagery from two distinct realms: the Natural and the Political. Ansell champions a return to nature, reminding us to savor calm moments in times of ideological strife.
A graduate of Brighton University in 1994, Ms. Ansell has also
exhibited with the Royal Society of Portraits and has had shows in London and Singapore. Her exhibition at Arcadia, which opens on Thursday, June 18th and continues through July 10th, marks the artist’s first, major U.S. exhibition.