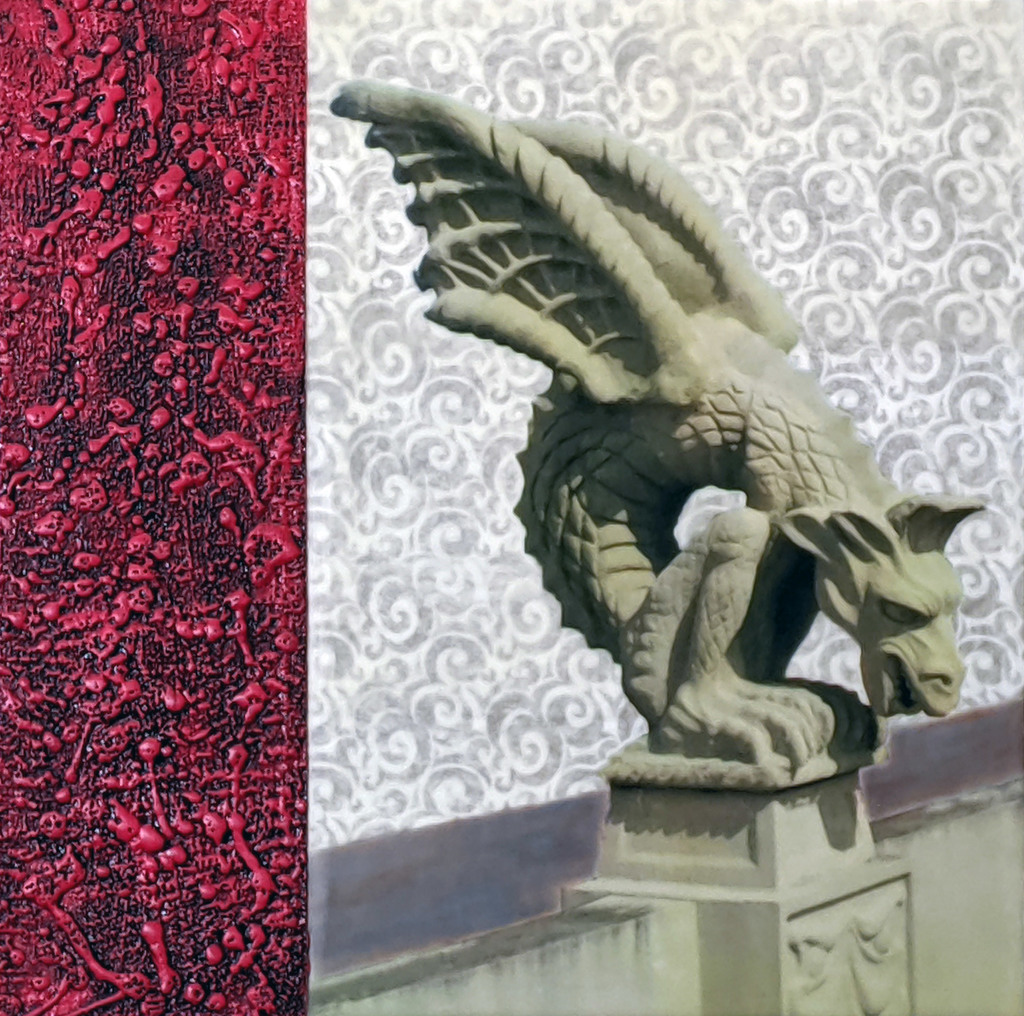 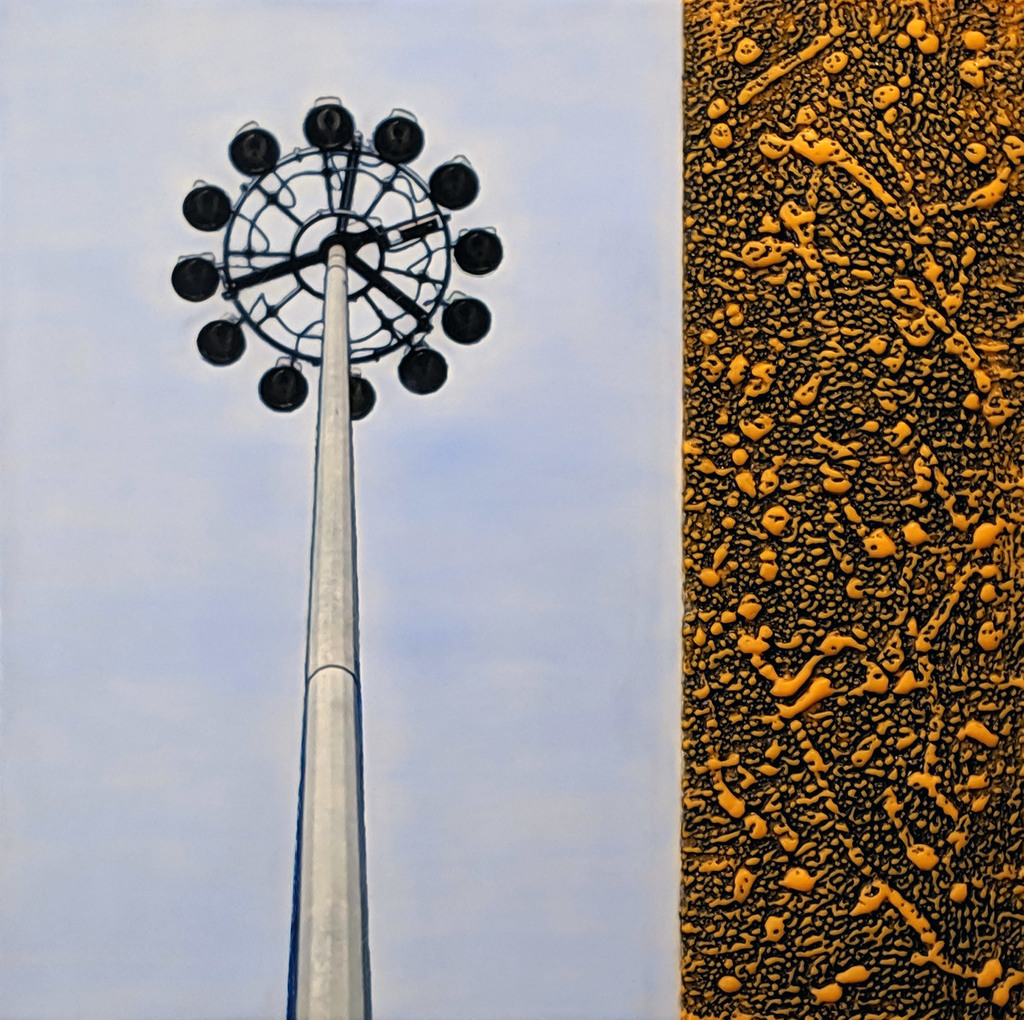 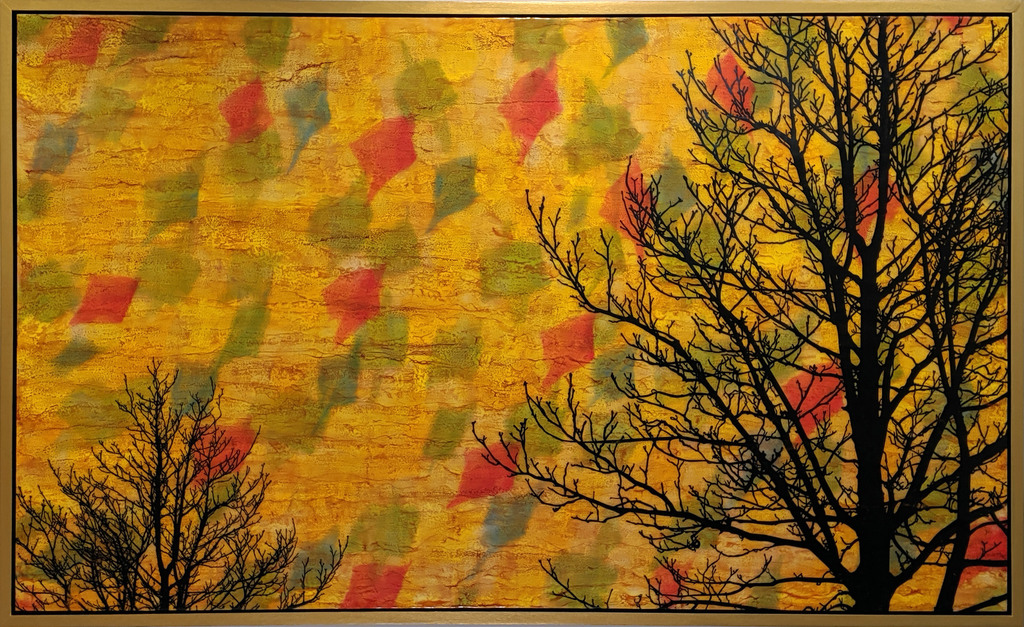 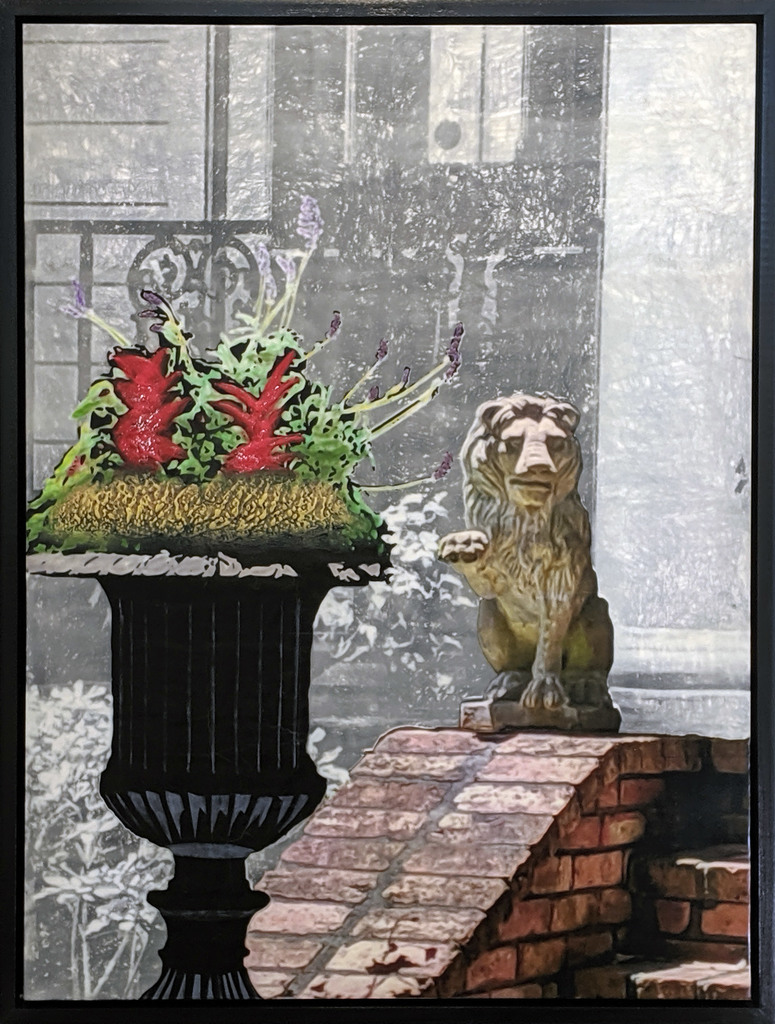 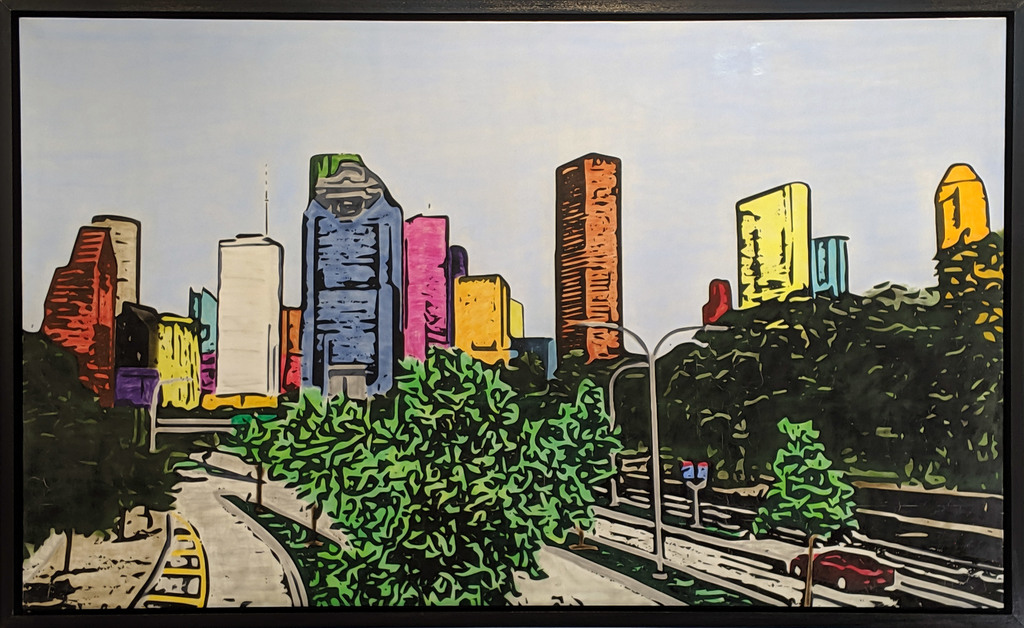 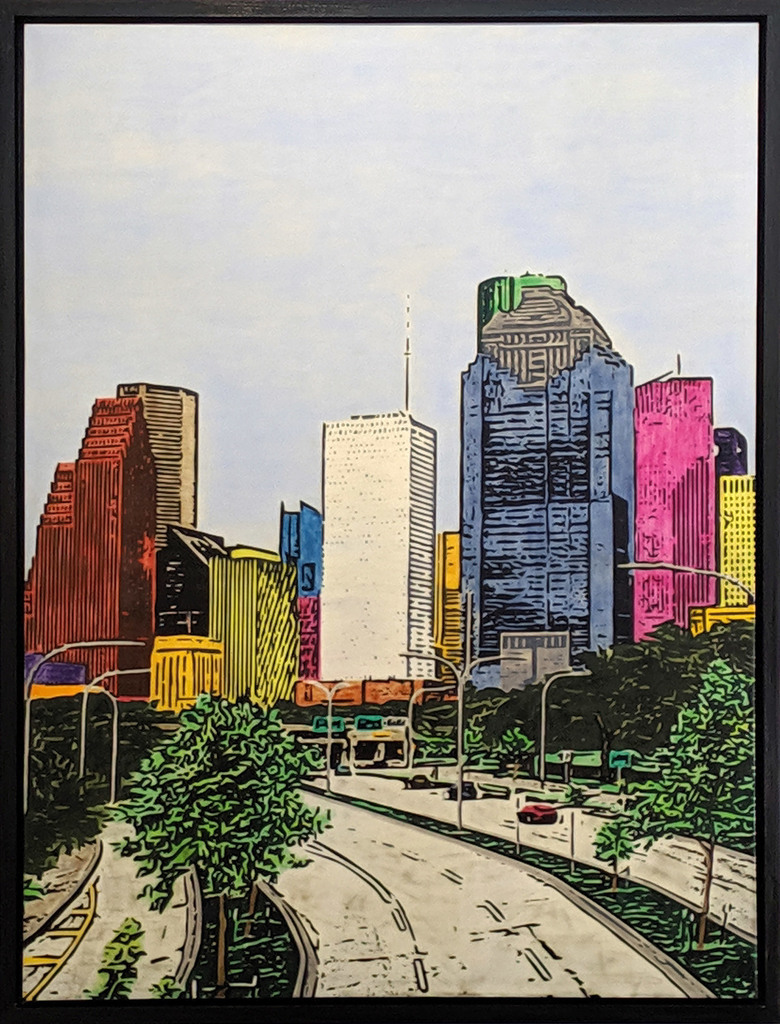 “Preparing for this exhibition was like a treasure hunt in some ways,” says Anderson. “Where exactly does one stand to get compositionally great images of our city? Realizing I needed to get above the trees and power lines for some of the shots that I wanted, I bought a drone and became an FAA-certified drone pilot.”

Anderson continues, “I also wanted to go big in this collection, and that meant scaling everything up, from my workspace, techniques, processes, and framing decisions, to even trading in my SUV for a van to accommodate the bigger pieces.”

Encaustic painting -- beeswax mixed with damar resin -- was practiced by Greek artists as far back as the 5th century B.C.E. A mid-20th century revival, including works by Diego Rivera and Jasper Johns, brought encaustic painting back into prominence. Anderson’s creative process incorporates modern digital methods into the ancient medium.

Anderson maintains a studio at The Silos on Sawyer and is a frequent exhibitor on the local art fair circuit, including the Bayou City Arts Festival and the First Saturday Arts Market.