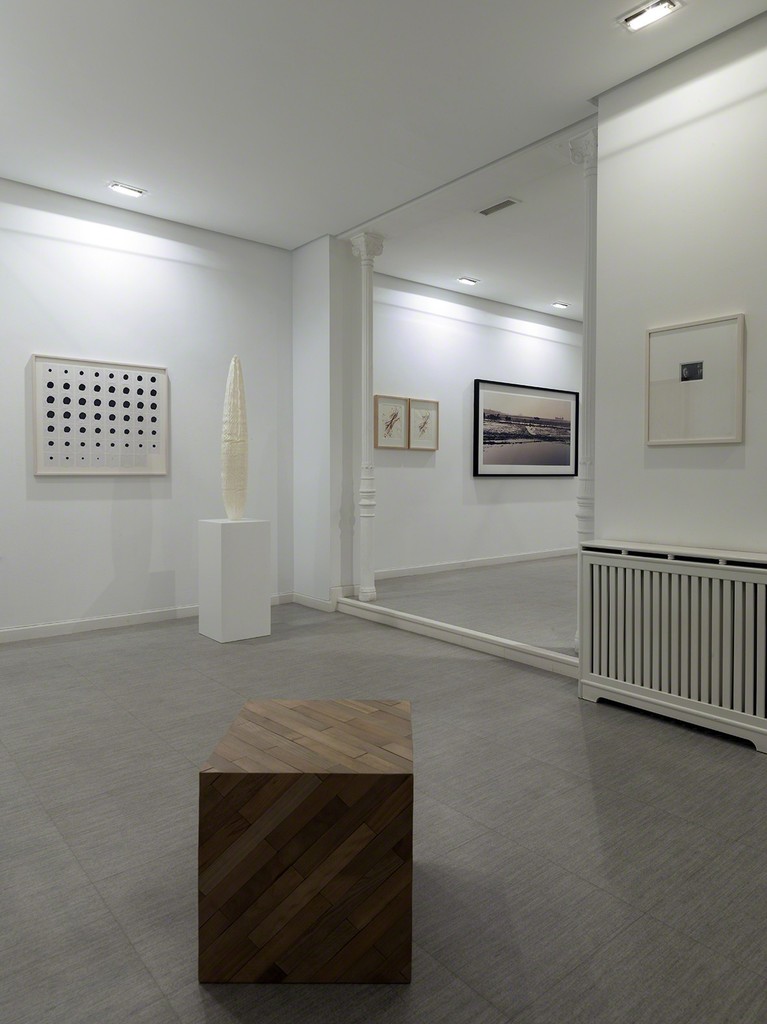 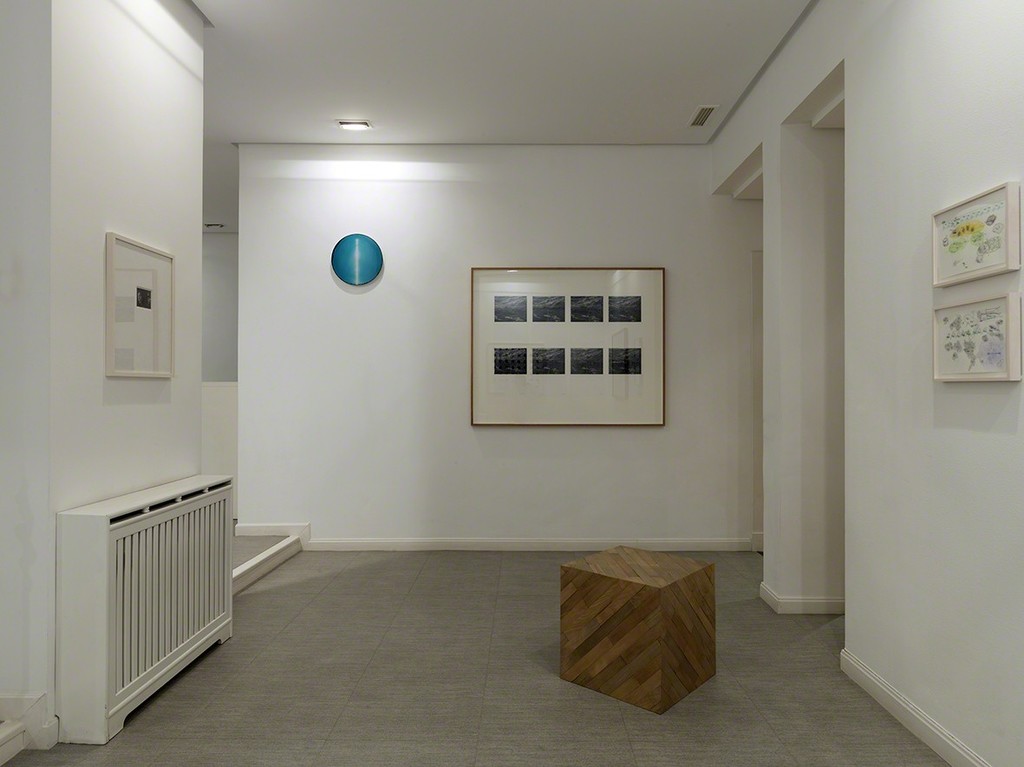 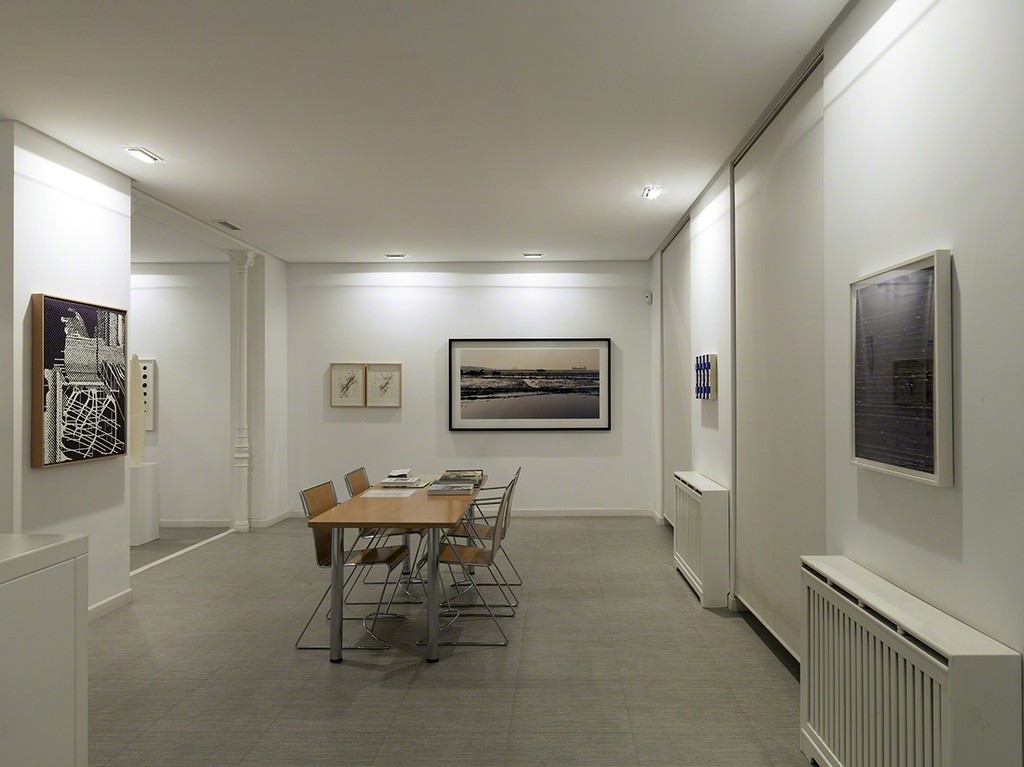 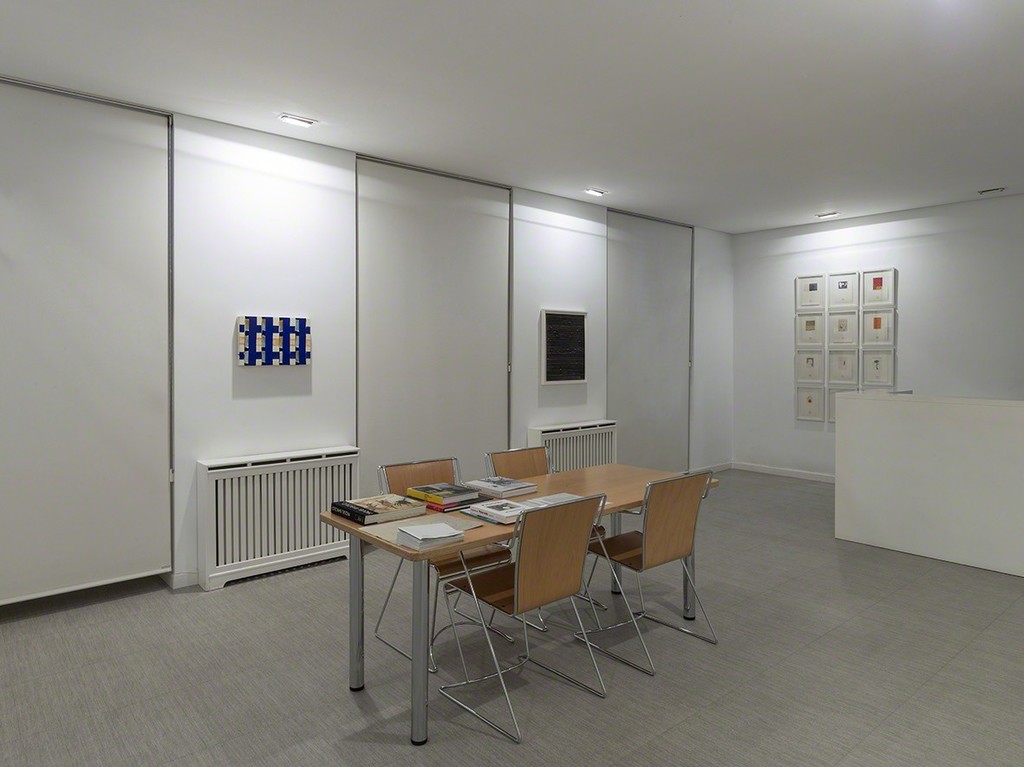 Lotería is a board game that originated in Spain and found it’s way to many of the Spanish speaking countries in the Americas. Its basic concept is similar to the American Bingo in that it also starts with a game board grid that requires filling-in and where the first player to achieve the predefined pattern wins the game. While Bingo is simple and straightforward with its grid of numbers and letters, Lotería adds a poetic playfulness by using words and clues. While in Bingo, an announcer calls out the selected letters and numbers for the players to mark their game boards accordingly, in Lotería, the announcer gives an improvised short poem or familiar phrase alluding to the image on the card (e.g. “the one that makes the wolf howl” for the image of the moon, or “they best travel in pairs” for the image of shoes).
The Lotería is the basis of the centerpiece of the exhibition, José Antonio Suárez Londoño’s Ustedes Juegan, Moi Non Plus (Lotería), 2014, a version of the game realized in various mixed media drawings and an etching of a game board designed by the artist, each drawing representing a visual poetry for each of the words on the grid. Taking this body of work as inspiration, and also using Suárez Londoño’s game board grid, we have selected works from the collection to correspond to each word, trying to keep the same playful, poetic, and collaborative spirit that characterizes all of José Antonio’s works.