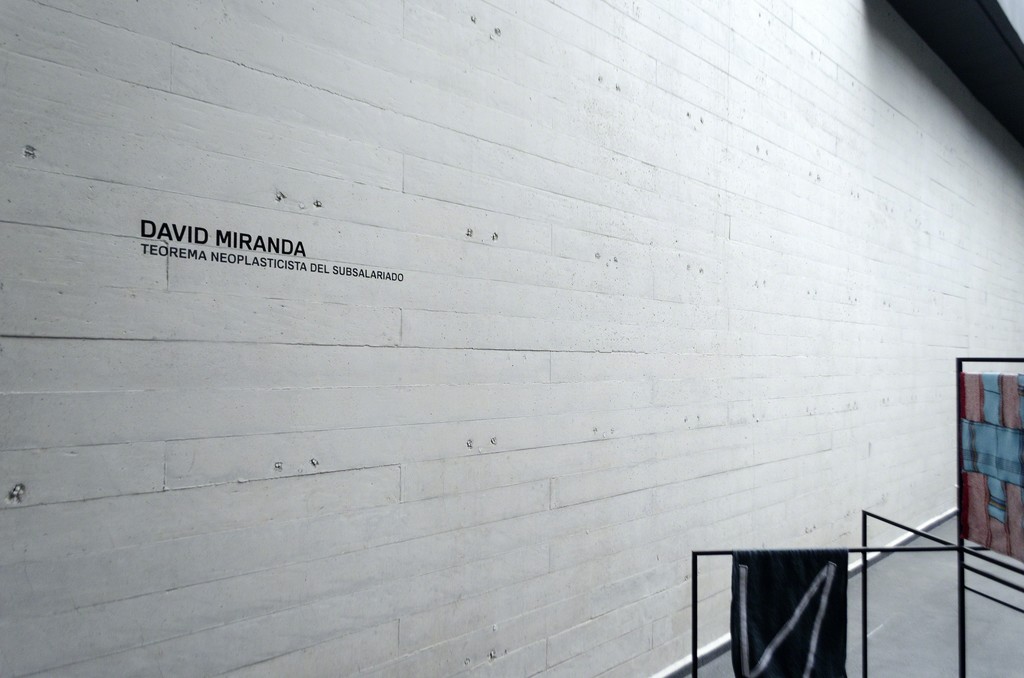 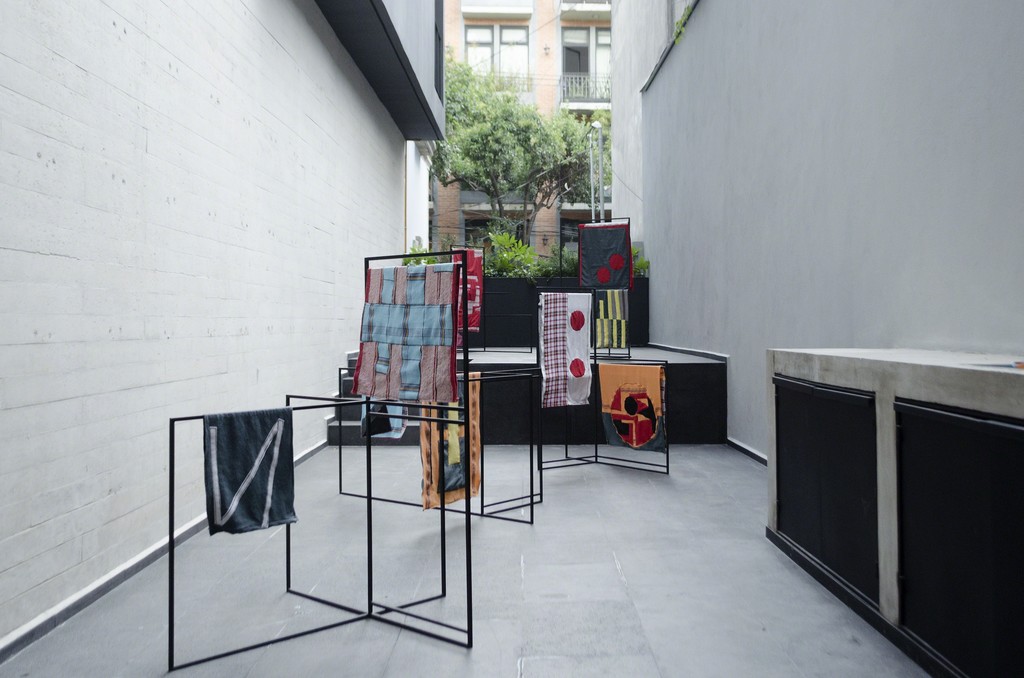 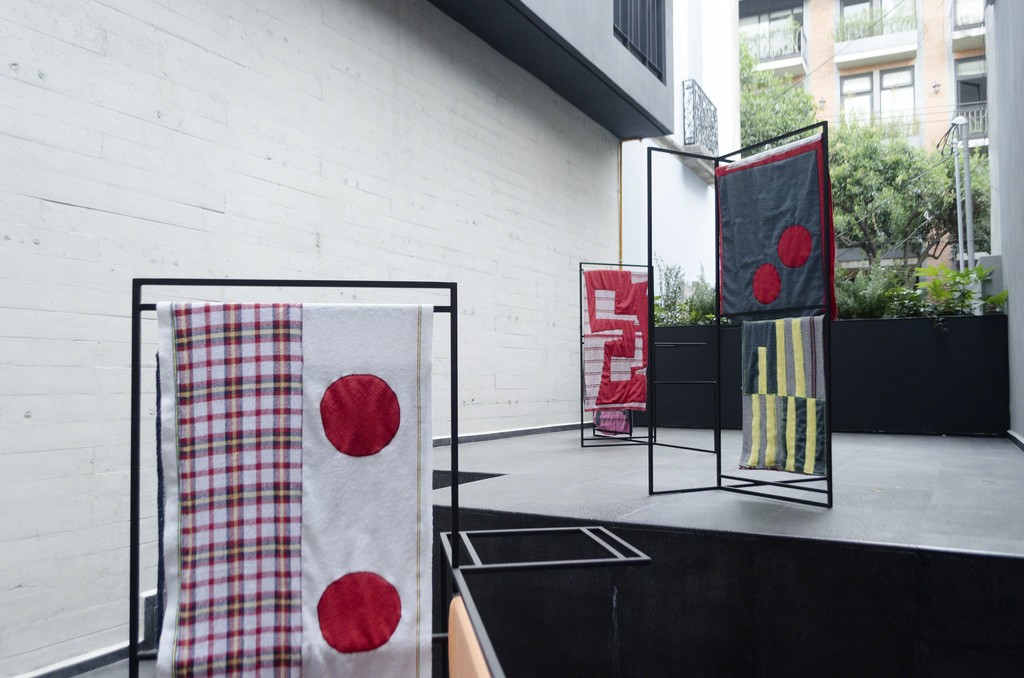 TERRACE
April – May 2018
As an aesthetic theory, neoplasticism was an artistic movement that sought the total representation of reality from geometric abstraction. Within the precepts that articulated this current can be noted the idea of an objective and universal plastic language, which sought the purification of forms to reach fundamental elements, resulting in works from rationalist approaches that redefined the visual representation as an analytical model of the world. The project described as Teorema Neoplasticista del Subsalariado, appropriates these premises to create a device of sculptural situation with the gallery. The architectural analysis of the place is mediated by colored plans created with rags, slang and cloths used on a daily basis as tools for cleaning the exhibition space, organized from a metallic structure that alludes to the aforementioned neoplasticist model, in an effort to reflect critically on the pauperization of cultural work and the diversification of jobs derived from the artistic industry, taking as a starting point the least remunerated activity of the institutional structure: the intendency of the venues, as a metaphor for the weakening of the field of art in the face of the different mechanisms of the post-industrial world. In this field every day is cleaned, floors are mopped up and from it, the dust of all those who participate in the social contract of art is collected, in a sort of eternal return of what can be understood as an unattainable utopia of understanding to reality as a whole.
David Miranda